Abdulla loves the blacked out look but his BMW has other ideas, at least for the time being 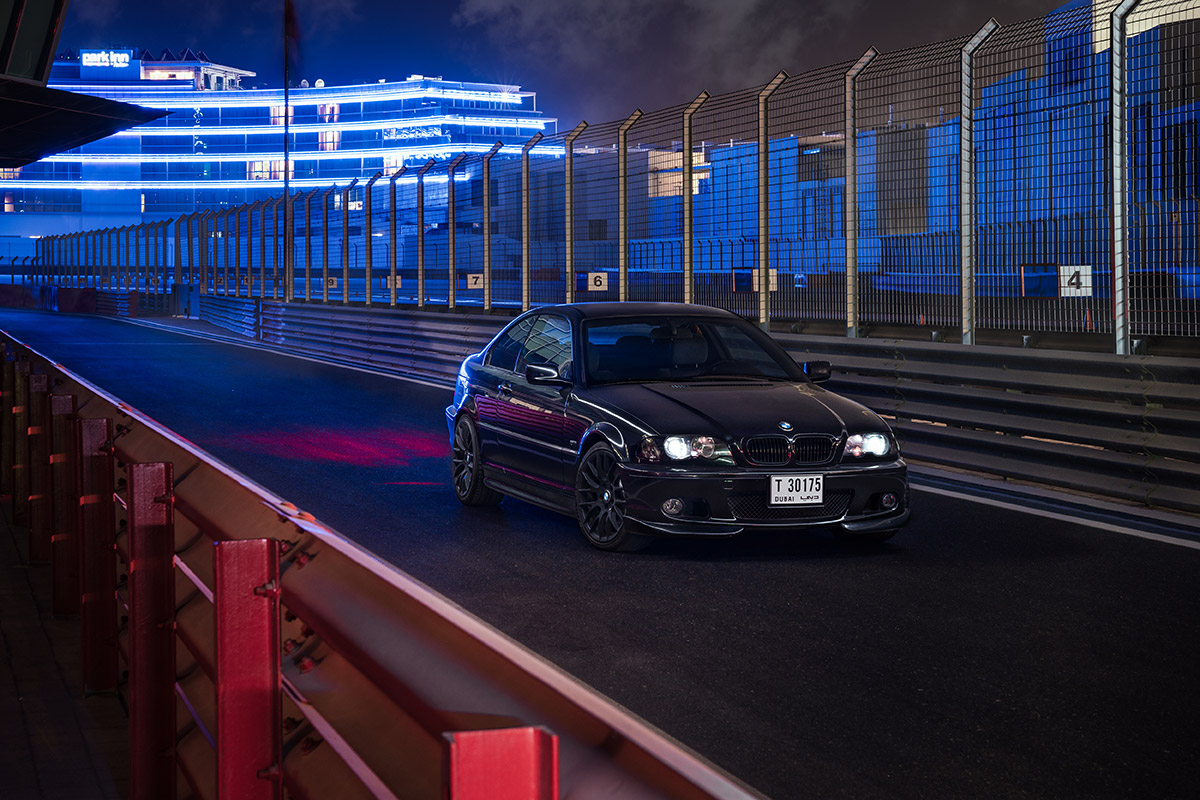 I Have owned my BMW for over a year now and things have been shaping up from day one. I have maintained and upgraded many parts on the car myself and I’m very happy with where it is now, but the only thing I left untouched was its looks. Originally my E46 had the ‘Euro sport car’ look, with the silver 17-inch staggered wheels, but since I was going for the all-black look, the only thing left to do in its transformation was to replace the wheels.

I thought about painting them but black wheels always look smaller than they really are, so I refrained from doing that, and instead started looking for larger rims that don’t weigh a ton, something that resulted in me not going for 19-inch as I’d planned but sticking with 18s.

Being a fan of Japanese wheels, for me the two perfect sets of alloys were either the Volk Rays TE37 or the Enkei RPF1. Naturally neither are available in the local market in my bolt pattern which is 5×120, and even if I find them, they might not be the right size when it comes to diameter, width and offset. Argh, I’m even getting a headache just writing about them. So I stayed with my silver wheels until an old friend, Nabil Kourdy, sent me a message over Instagram, saying he liked how my car looks and that he happened to have an extra set of 18-inch BMW CSL competition replica wheels – in black. He offered to lend them to me, to try them out, which was something I could hardly refuse.

I met up with Nabil, we swapped wheels temporarily and bam! Black-on-black goodness. They were far from perfect but I just overlooked the flaws as this was simply a test run.

The first problem surfaced before I even attached the wheels. When I carried one of each, it was obvious that the new ones were much heavier than mine and weight is a big factor for my car when it comes to acceleration and braking.

A second problem was fitment. The car needed some lowering to fill in the gaps between the wheel arches and tyres, and the rear tyres were slightly stretched when fitted to the rims, which will never do. Overall, then, they looked good from afar but were far from suitable.

So it’s back to square one with my originals and, thanks to the kindness of Nabil, at least I haven’t had to spend silly money with this particular experiment.

YOU CAN CHECK OUT MORE OF MANAGEMENT FLEET UPDATES HERE, AND MORE BMW STORIES HERE

Previous ArticlePorsche 919 Evo officially laps the ‘Ring in 5:19.5 smashing the lap record
Next Article 50 years of Hot Wheels – a history, the cars and the brand