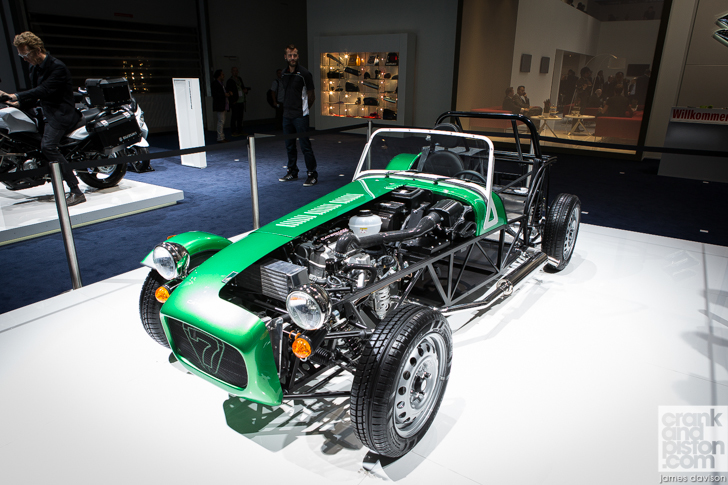 In an effort to keep all pretenders on their toes, Caterham Cars – track day specialists since 1973 – debuted the new Seven 160. Powered by a Suzuki 660cc three-cylinder turbocharged engine mated to a five-speed gearbox, the Seven 160 (to be marketed as the Seven 165 in Europe) receives only 79bhp and 79lb ft of torque, but weighs little more than a paperclip. Caterham’s new entry-level model has the petrolhead community intrigued ahead of its on sale debut next year. 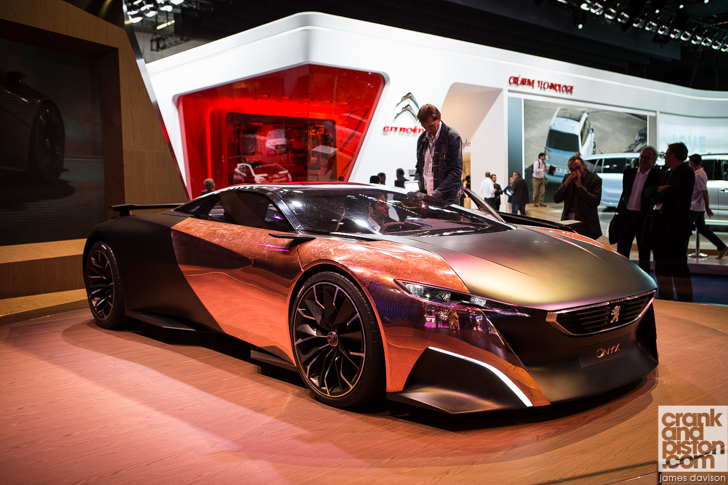 Alongside the international debuts at Frankfurt, a number of old favourites took their turns in the spotlight. Peugeot’s Onyx, which dropped our jaws to the vinyl in on it debut at the Paris Motor Show, made its 600bhp diesel-electric hybrid self a clear target for event attendees, though we’re still curious to know if the striking copper finish changes colour over time… 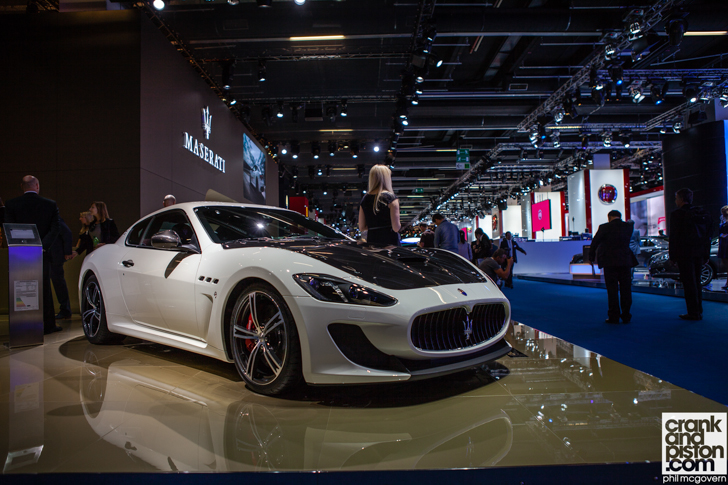 …whilst Maserati, alongside its brand new Quattroporte Ermenegildo Zegna Limited Edition concept, brought the monstrously fast MC Stradale for some added time in the spotlight. 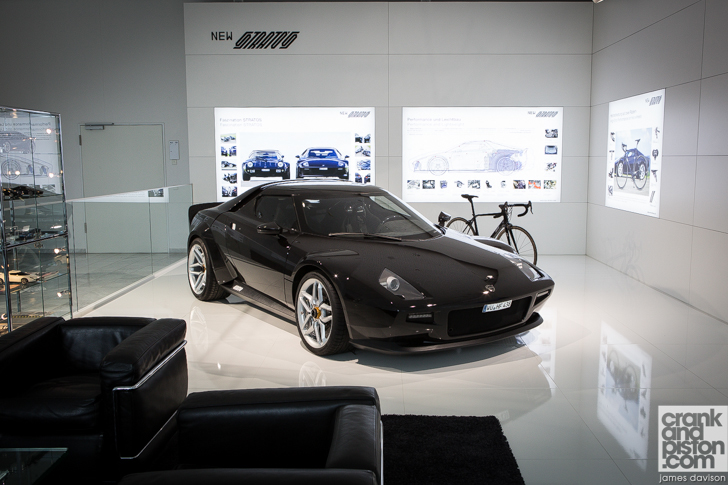 Meanwhile the 2010 New Stratos – a privately funded remake of Lancia’s legendary World Rally Championship winner – still continues to split the room. Many marvel at the Ferrari 430-based carbon fibre body designed and engineered no less by Pininfarina, likewise the 532bhp 4.3-litre V8, 1247kg dry weight, anti-lock ceramic brakes and enthusiasm of Michael Stoschek to bring the New Stratos dream to fruition. Others (myself included) prefer to grimace and move onto the next exhibit… 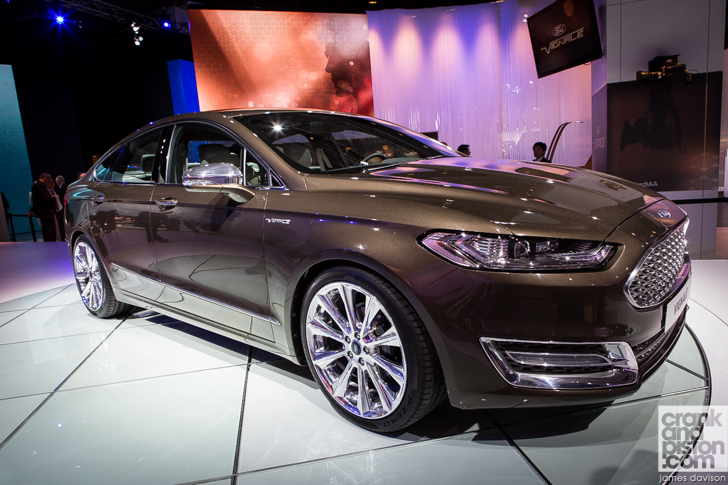 …which turns out to be Ford’s new Mondeo Vignale Concept. Key elements include a pretty snazzy front end with newly revised front bumper and grille, 20-inch alloy wheels, chrome detailing and an exclusive “Nocciola” paint finish. As well as debuting the latest in a glittering array of company car Fords, the concept simultaneously unveils Ford’s new Vignale sub-brand, designed to a give customers ‘an exclusive product and ownership experience’ in 2015 and due to kick-off as a top-end package on the new S-Max and the upcoming Edge. 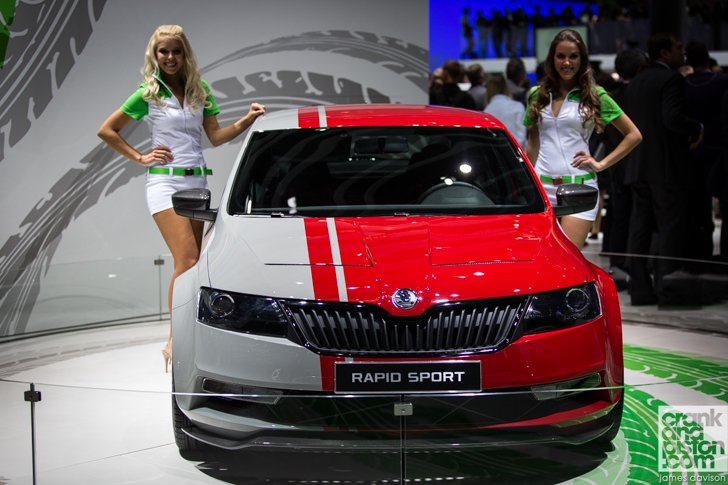 Last time he visited the UK, crankandpiston’s own Phill Tromans decided against a Rolls-Royce or Lamborghini in favour of a cheap and cheerful Skoda Rapid. On display at the 65th Frankfurt Motor Show was a happy medium (ish), the front-wheel drive Rapid Sport. So fetching was the a two-tone Corrida Red and Steel Grey colour scheme, big 19-inch alloy wheels and dynamic body kit, that the new Rapid Sportback and facelifted Yeti – making their international debuts in Frankfurt – slipped off our radar. 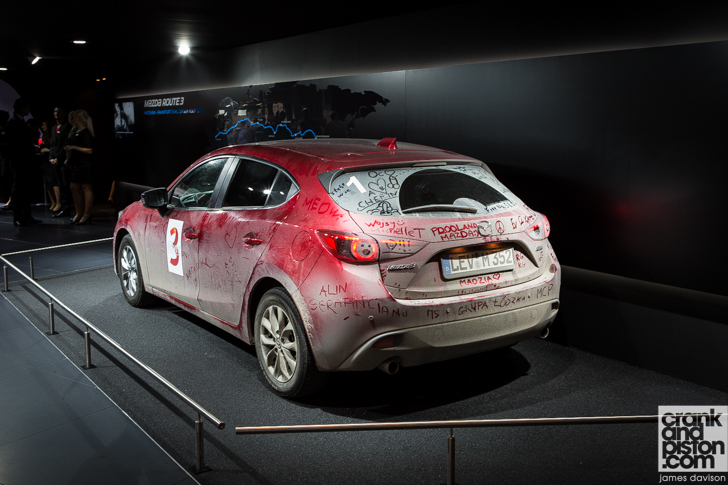 Following in the footsteps of the Mazda CX-5, the new Mazda3 also made its debut in Frankfurt. The company waxed lyrical during the event about a number of interestingly named technologies, including the all-caps SKYACTIV (which includes a lightweight body and chassis as well as engine and transmission) and the human-machine interface, or ‘head-up display’. Punters meanwhile were more interested to know if they could also write on dust covering the rear window. 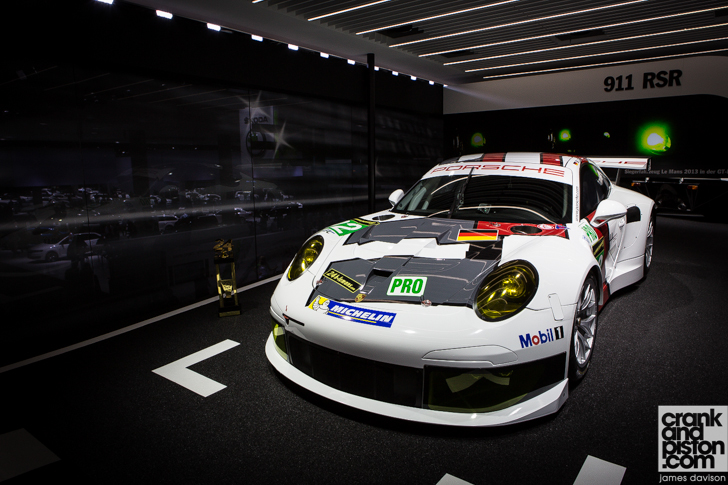 By this point, James and Phil have been on the move for several hours, have blisters and mild dehydration, full memory cards, and a burning desire to sit down. As you can tell by the rest of our Frankfurt coverage, that doesn’t come for a good few hours yet.