A snapshot of stands and manufacturers from the 2013 Dubai Motor Show.

For those of you who haven’t been keeping up your daily dose of automotive Vitamin C on crankandpiston.com (first of all, shame on you), this past week has been all about the 2013 Dubai International Motor Show. Our pretty comprehensive coverage you can find HERE, and HERE, then HERE and a little more HERE. Oh, and a snippet of things to come just HERE. 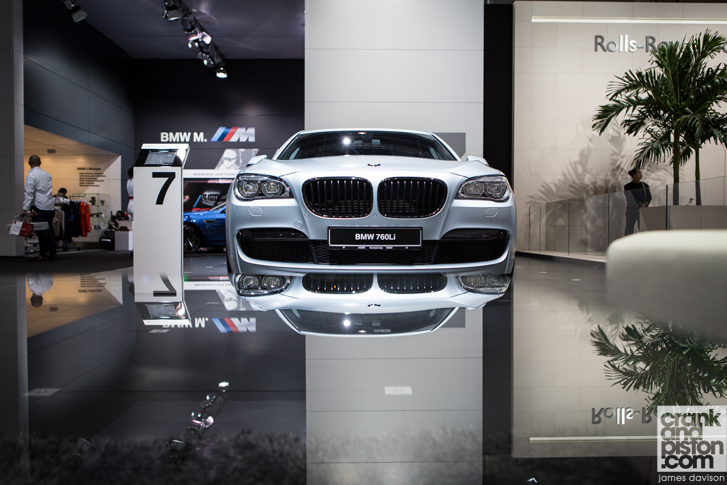 For those of us on-hand to enjoy the show up close and personal, there was plenty to savour, starting with the BMW 760Li V12 M Bi-Turbo. Though the BMW i8 and new X4 concept stole the show for Munich, the 760Li marks the first time an M badge – indicative of the company’s performance arm – has adorned a 7 Series luxury saloon. Chucking out 544hp from a 6.0-litre twin turbo V12 (which is mated to an eight-speed automatic transmission), the new BMW 7 Series M will hit 100kph from standstill in 4.6 seconds. Standing on 19-inch alloys, the new model comes in one of eight paint finishes ‘inspired’ by racing circuits around the globe (including this Silverstone II silver). 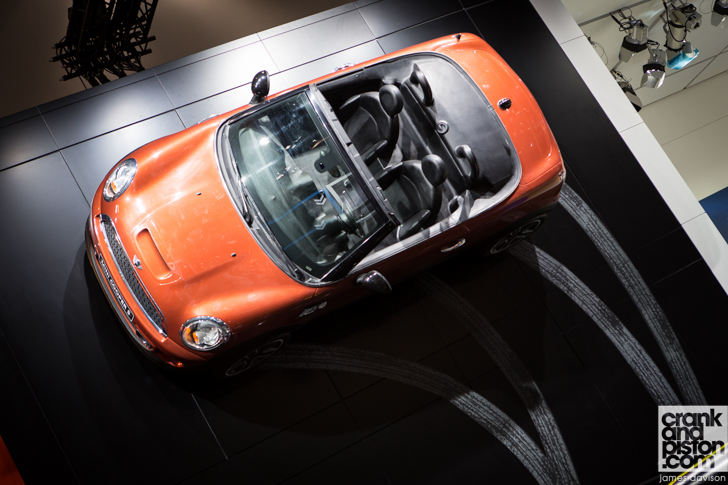 MINI meanwhile, as part of its Not Normal campaign, chose an altogether more original manner in which to showcase new John Cooper Works versions of its Countryman and Paceman: by nailing a Cooper Cabrio Highgate to the wall. That and a photobooth for personalised tote bags. Fake moustaches and pink wigs were all the rage. 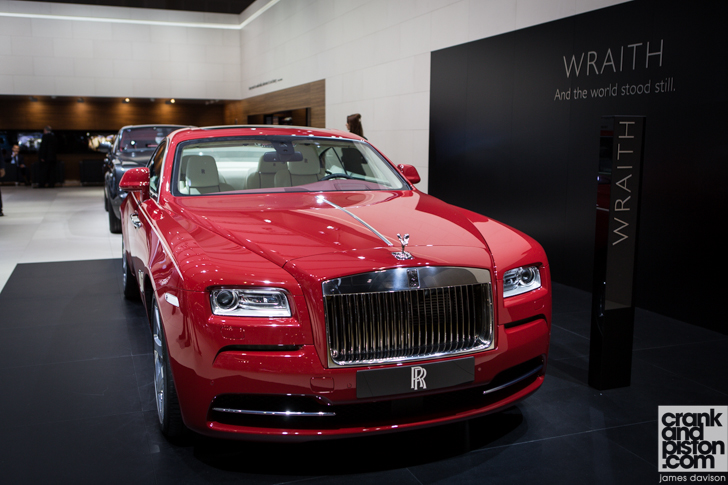 Fellow BMW Group runners Rolls-Royce, the all-new Wraith led the luxury charge. Fresh from its international debut and a quick sneak peak on home turf at Goodwood, the 624bhp ghoulishly named Coupe was ready to snag the company some sales, as was the new special edition Phantom Coupé Chicane and diamond coated Celestial Phantom, the most expensive Rolls-Royce in history. 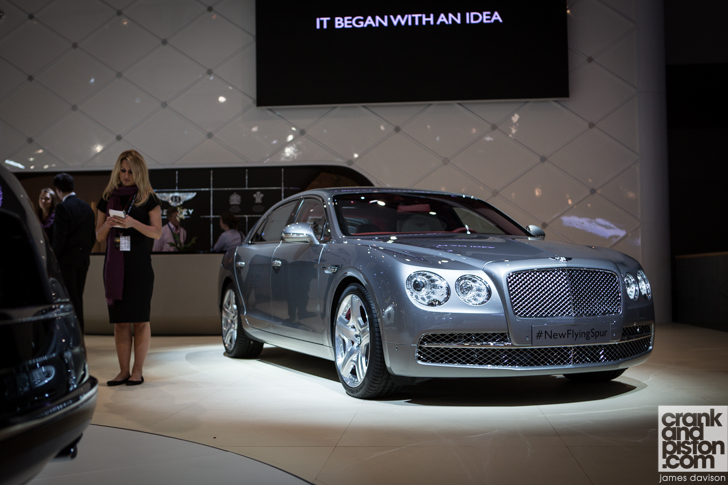 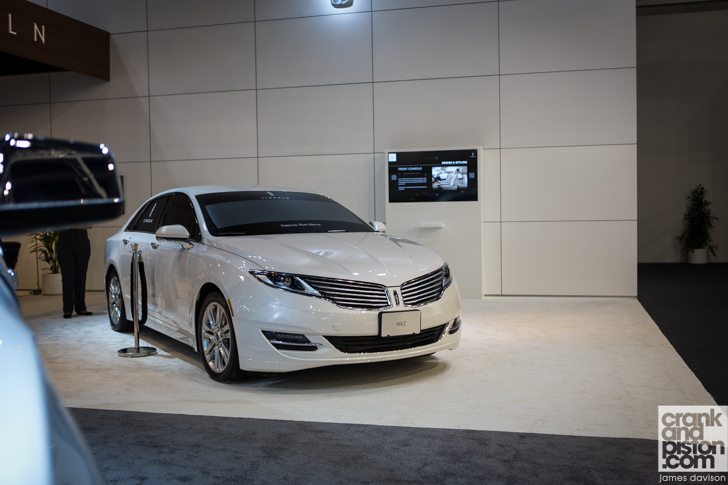 On the far side of the hall (yes, we really were moving around a lot), Lincoln was bsuy throwing the wraps off its new MKC and MKZ models. In order to avoid understandable confusion between the hilariously similar names, the new MKC adorned a plinth. That and the fact that one was an SUV and the other a saloon helped matters too. 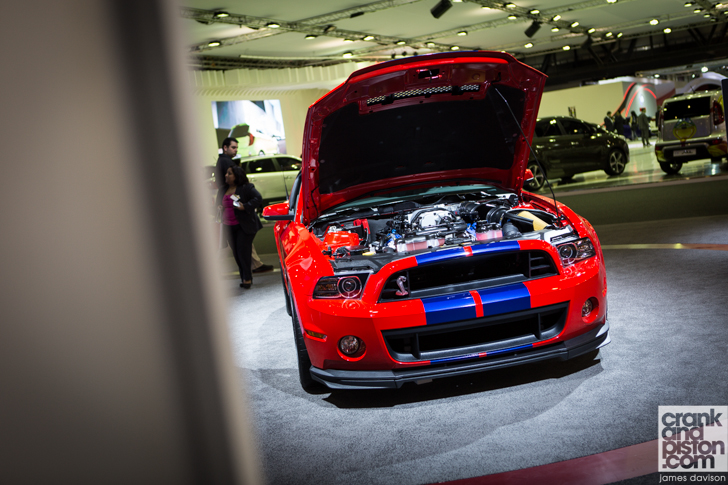 Parent company Ford meanwhile was busy taking the wraps off a new special edition Mustang, which celebrates 50 years of continuous production for the muscle car. Powered by a 5.8-litre V8, the new Shelby GT500 produces 662hp and 631lb ft of torque, making it the most powerful V8 unit in the world. Also on display for Ford was the company’s already established F-150 Raptor, new Ford Fusion, and the Focus ST hot hatch. 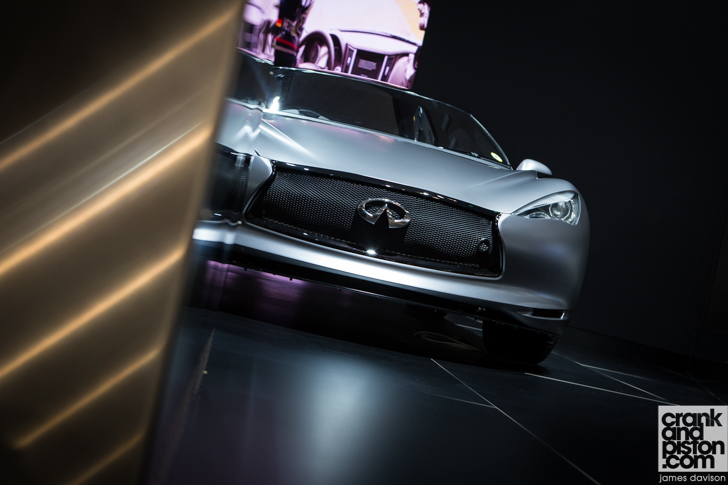 Infiniti meanwhile was busy with its own regional debuts, first with the Q50 saloon and the Emerg-E concept. Showcasing a potential design language for Infiniti as well as a host of new technologies, twin electric motors generate 402bhp, while a Lotus engineered 1.2-litre three-cylinder 35kW electric engine helps extends the sports car’s range. The Emerg-E will hit 100kph from standstill in under four seconds, while 0-200kph takes a little under 30s. 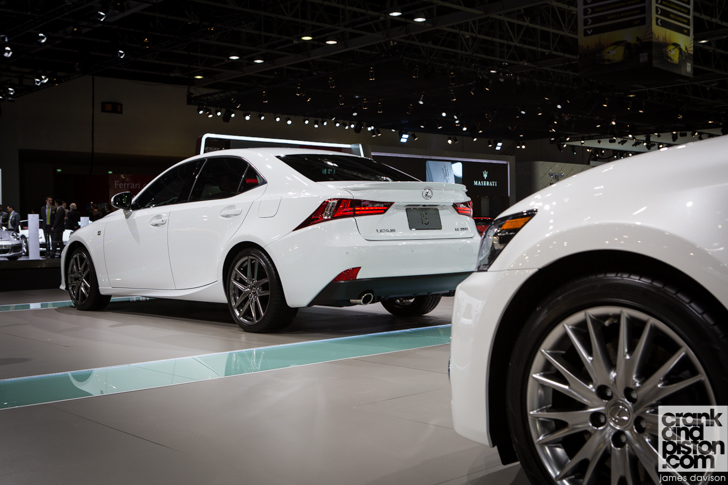 Lexus was busy showcasing its own electric future at the Dubai Motor Show, its full hybrid line-up appearing on stage in hall one. Among the other slightly less eco-friendly Japanese stars was the new Sport version of its popular LX range – an example of which crankandpiston.com recently brought to its Management Fleet – and the brand new IS, which we also took for a spin recently. 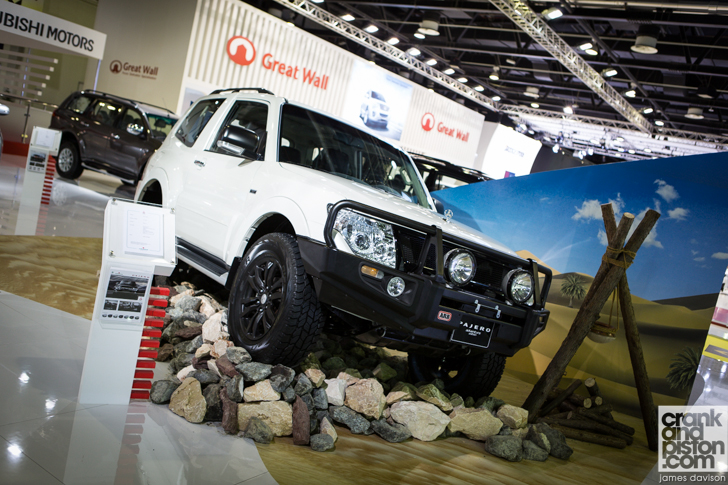 Making our way into the second hall of the day, Mitsubishi placed large stock on its off-road heritage with a specially themed Pajero display… 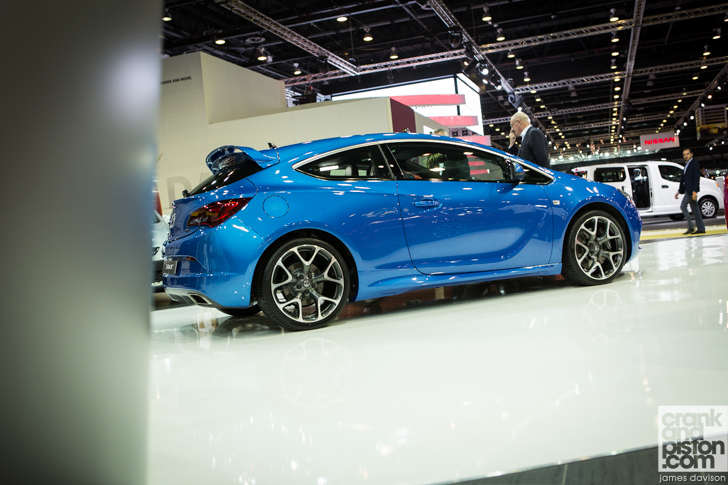 …while Opel’s Astra – new to the region – did all its own talking. 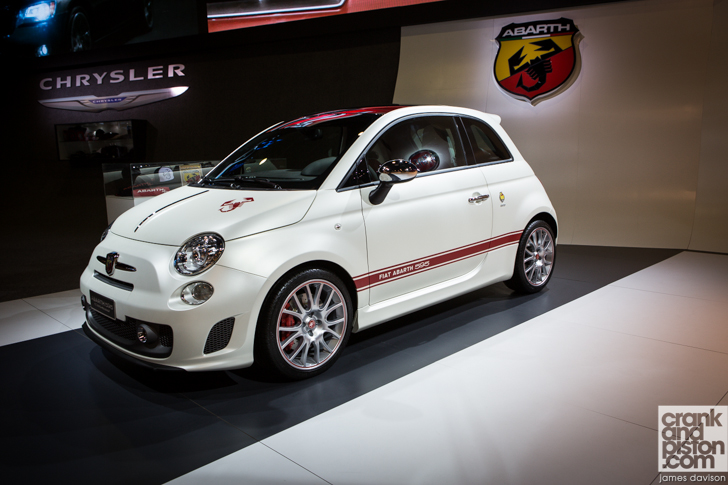 Over at Chrysler’s stand, Fiat injected some extra venom into its line-up with a striking Fiat 595 Abarth front and centre. Powered by a 160hp 1.4-litre T-Jet turbocharged four-cylinder (a 140hp version of which runs the new Fiat 500 Abarth which made its regional debut), the 595’s dynamism was arguably beatn only by… 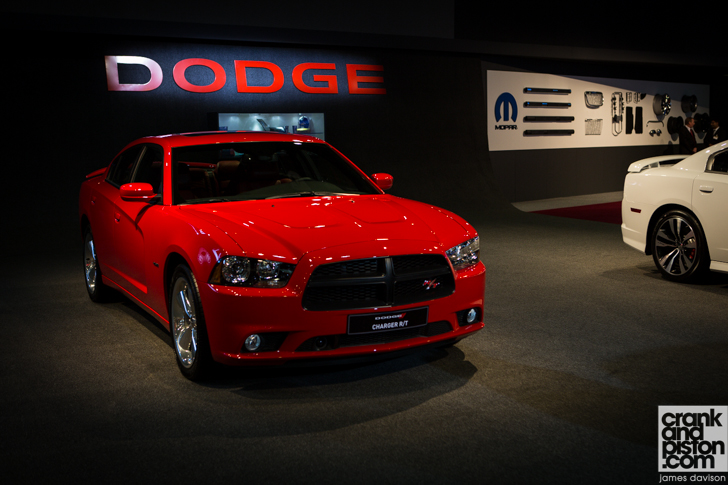 …the parent group’s Dodge Challenger SRT8 stands a chance of meshing the Scorpion into the dust, 470hp being spat out of its 6.4-litre Hemi V8. An impressive line-up for the AlFiatRomeo SRDodgsler group also boasted the new 300, Charger R/T, the brand new Alfa Romeo 4C… 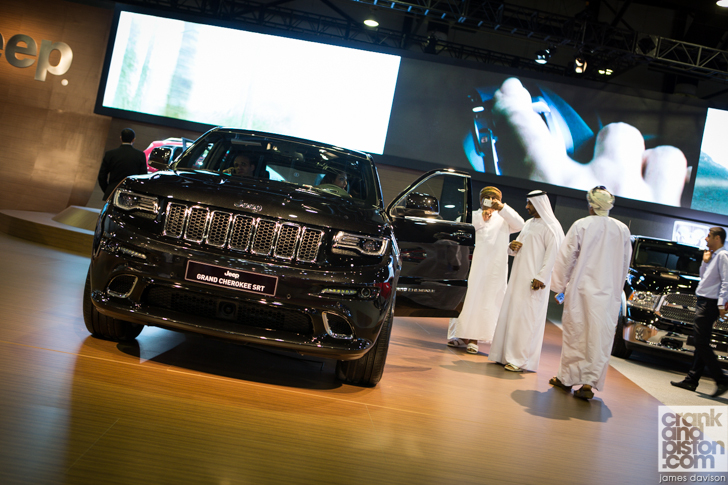 …and, of course, the brand new Jeep Grand Cherokee. crankandpiston.com took Jeep’s new macdaddy for a spin on its regional debut, admiring the exterior which – I quote our own Phill Tromans – ‘look sharper and more purposeful than ever’, which may explain the iPod and instagram attention the legendary SUV is receiving here. And let’s not forget that 5.7-litre V8 growling under the hood and new eight-speed transmission.