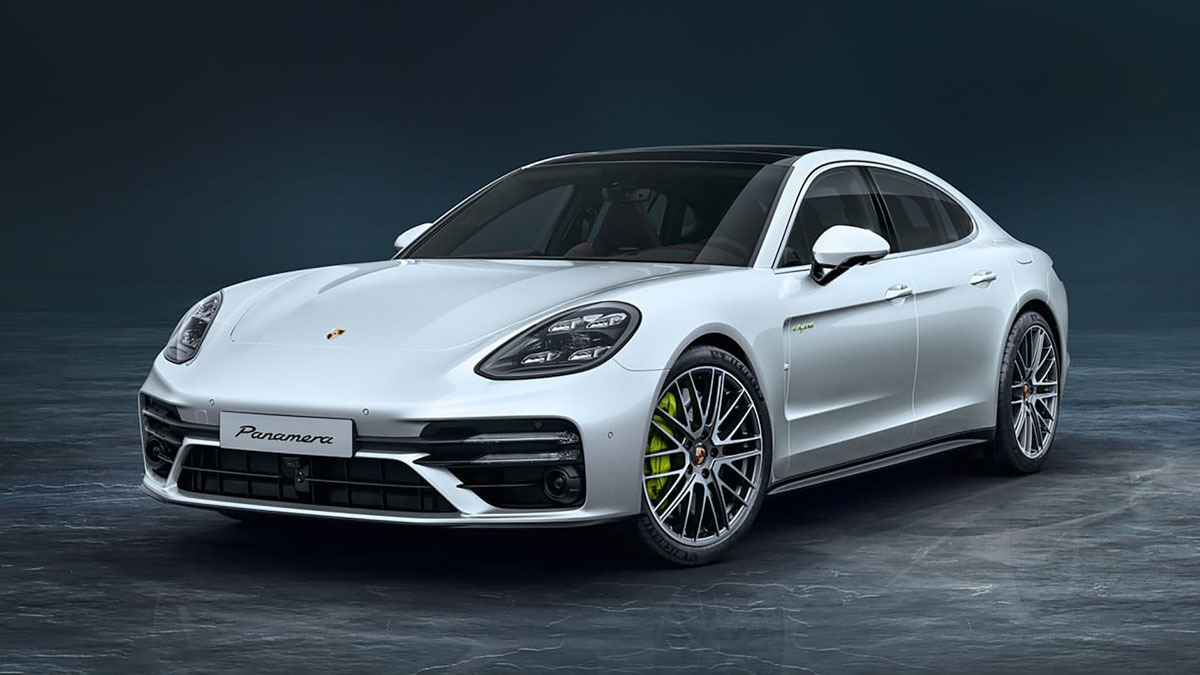 Porsche has announced two new hybrid powertrains for its Panamera hatchback and Panamera Sport Turismo estate, bringing back the 4 E-Hybrid and Turbo S E-Hybrid models to the range. These join the 4S E-Hybrid that was launched when the Panamera was facelifted a few months back and bring the total powertrain count to seven, including the entry-level Panamera and the Panamera 4, GTS and Turbo S.

The Turbo S E-Hybrid reclaims its position as the most powerful Panamera derivative, now peaking at 690bhp, 9bhp more than before. The extra power is derived from the 4-litre twin-turbocharged V8 engine at the core of the powertrain, which on its own produces 563bhp. Despite its near 2500kg kerb weight, the Turbo S E-Hybrid will reach 100kph in 3.2sec (0.2sec quicker than the previous model) and go on to 315kph, while also being able to cruise for up to 50 kilometers on the electric motors alone.

To keep all that mass under control, the Turbo S E-Hybrid has literally all of Porsche’s chassis technology fitted as standard, including dynamic roll stabilisation, rear-wheel steering, torque vectoring, carbon-ceramic brakes and three-chamber air suspension. The company’s engineers also paid attention to the calibration of this hardware, and fitted new suspension bushes and engine mounts to improve cornering dynamics and increase precision – something often criticised on the previous model.

Both new models feature a subtly updated selection of electric hardware, with the same 136bhp electric motor driven from a larger 17.9kWh battery, plus a set of revised driver modes that best utilise the new powertrain features to improve those all-important CO2 ratings. Power on both models is sent to all four wheels via an eight-speed dual-clutch transmission. The facelifted Panamera’s aesthetic and trim upgrades are applied, with new lighting and wheel designs available.

Both new models are available to order now, with the Turbo S E-Hybrid starting at $183,000 for the hatchback, and $185,775 for the Sport Turismo, around $5900 more than the equivalent Turbo S. While the Turbo S E-Hybrid still leads its rivals by a fair margin in power terms, there’s plenty of reason to suspect AMG isn’t far away from its own big-bhp hybrid version of the GT 4-Door, bringing back the horsepower wars that for the last generation or so have existed on thin ceasefire.