Welcome to the Porsche Classic service shop in Freiberg am Neckar. 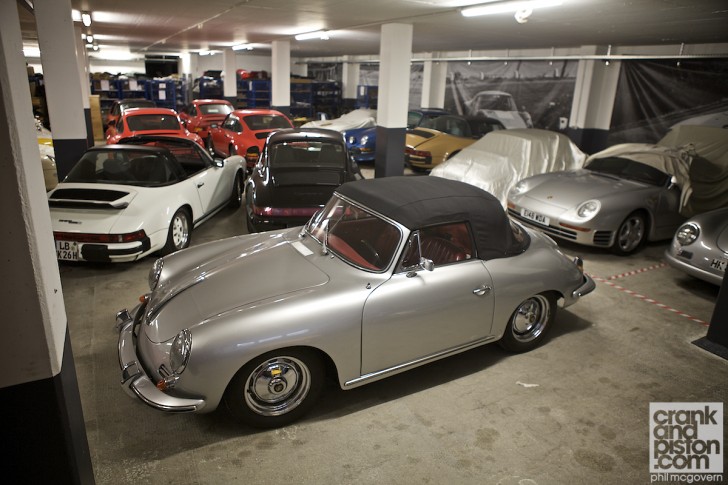 The evening before, I had conquered the Porsche museum. Not only that, I’d had a guided tour from a man that put it all beautifully into perspective. Porsche is special, but we all know that. Now the next day wasn’t going to be a day of pondering and scribbling down all the details I’d captured the night before, however the details were still being held from me.

As I made my way back to the hotel that evening, details of what was in store the next day where released to me by the lovely Anja. There was still a nagging question in the back of my mind though. Could it even be a patch on what I’d just experienced. 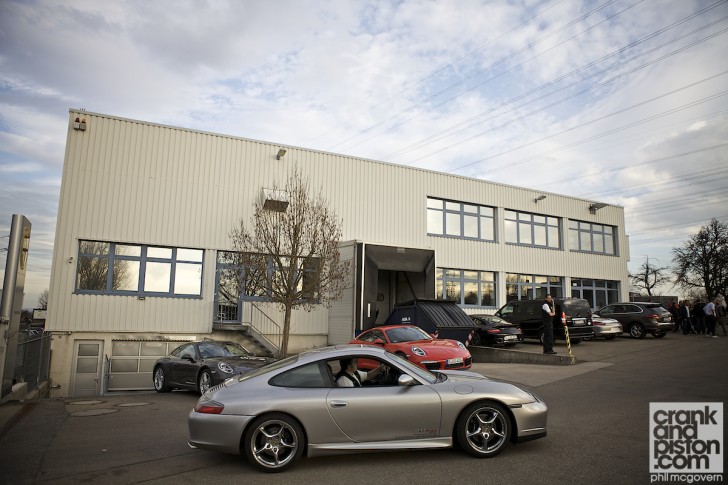 I’ll skip through the main details of what happened that morning, as it’s the details of the afternoon that really interested me. Suffice to say the day had already been long and everyone’s legs, backs and brains where turning to mush. Nicotine and coffee was being consumed at a rate of knots, just keeping the rest of the hacks stood up right. Inspiration was about to come though. Welcome to the Porsche Classic service shop in Freiberg am Neckar. 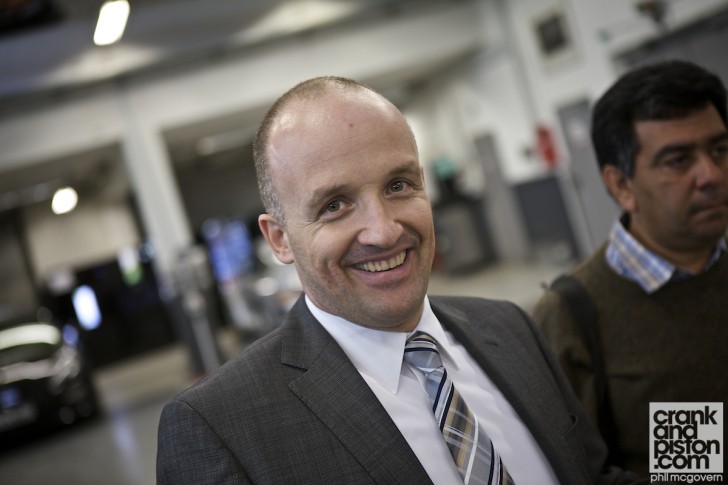 I would have the pleasure of a dedicated tour by the Manager Factory Restoration, Jochen Bader, and by this time he was already holding me back. I just wanted to get in and get stuck in. Typical German flare took hold though. There was a process and I needed to follow it! So bare with me here. 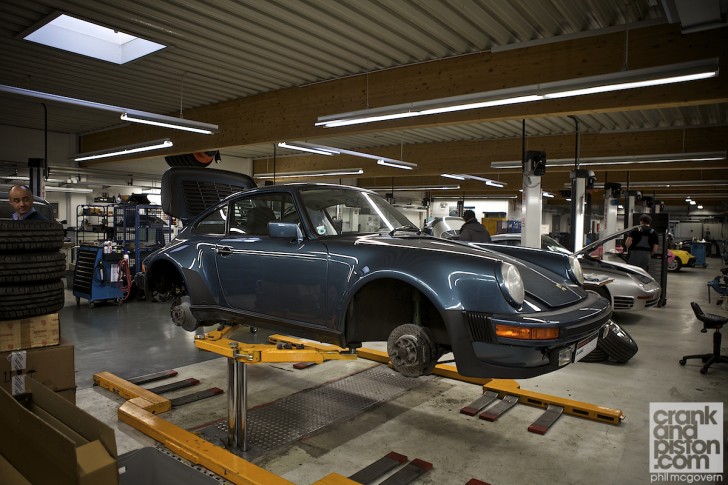 Jochen was keen to point out that nigh on two-thirds of all the cars wearing the Porsche emblem up front on the lower edge of the bonnet are still in existence today. That fact rings even stronger when you look at the 911 model line-up. Take the 911’s built from 1964 through to 1989, you have a rather substantial total of 150,000 vehicles still being driven today. A monumental fact in the scheme of things. 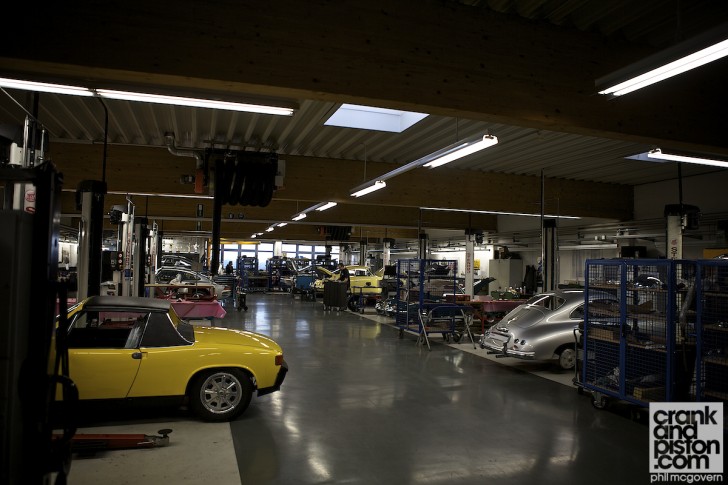 This is where the skills and the know-how of the man in front of me come into play. Porsche Classic is capable of offering factory technical support to all said vehicles. From supplying customers across the globe replacement parts to undertaking complete restorations, Jochen and his team are able to cover it off end to end. “The primary goal here is to preserve the uniqueness and authenticity of each Porsche”. An undertaking that takes a certain approach. 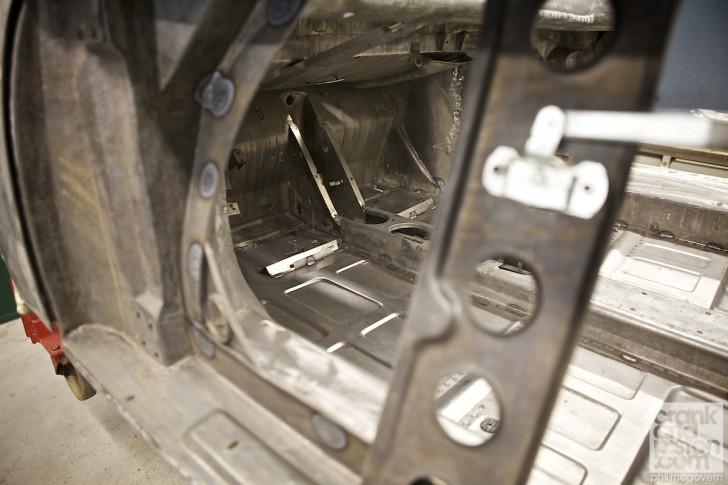 Whether for a simple oil change, body shop repairs after an accident, or a complete restoration like the stunning 1964 Porsche 911, which Jochen tells me is chassis 134 of 232 911’s built in 1964. A very rare and special piece of history. 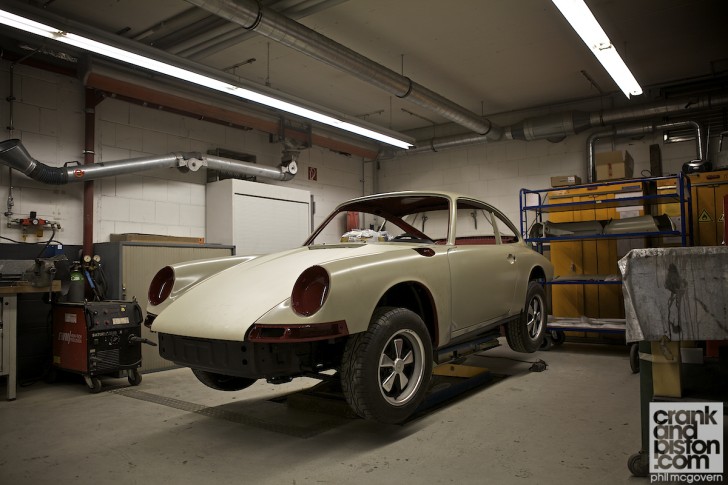 The reason the owner of said car sent it to the team in Freiberg am Neckar, is that his car is now directly in the hands of Porsche Classic service advisors and will be looked after and massaged back into shape using the processes that Porsche have developed and perfected over the years. Not to mention the mind blowing inventory of original parts previously unavailable at the teams finger tips, making the restoration of a rare piece of metal like the ’64, that much easier for the owner. Jochen went on to say “Today, over 35,000 parts can be ordered from our inventory. Originality and quality are important criteria for the parts we offer. Therefore, original parts are procured from former production suppliers or from new special suppliers”. 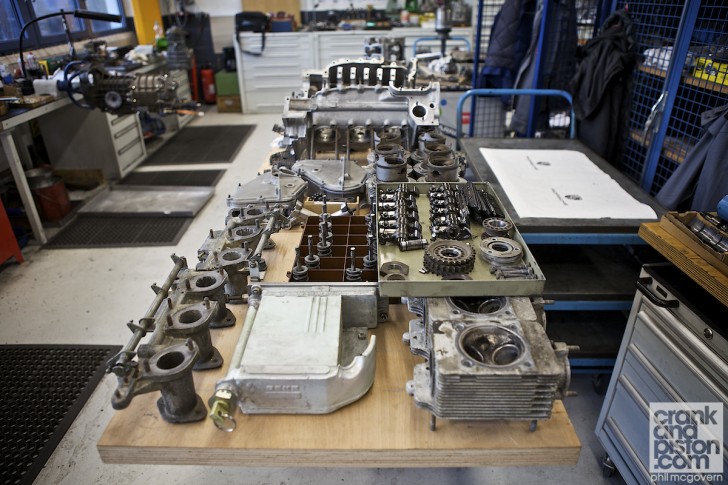 He was very keen to highlight that through the use of factory documentation, including original drawings and detailed descriptions, they are confident that all parts supplied to the end user are to the extreme levels you would expect.

Previous ArticleRenault Clio RS. Therapy sessions. Journals
Next Article Onboard the Koenigsegg One:1 at Goodwood