What better place to test Porsche’s new, not-baby Boxster than on-track at the Yas Marina Circuit? Is the new ‘718’ nomenclature just trying too hard? And how big a difference has the move from six-cylinders to four really been? 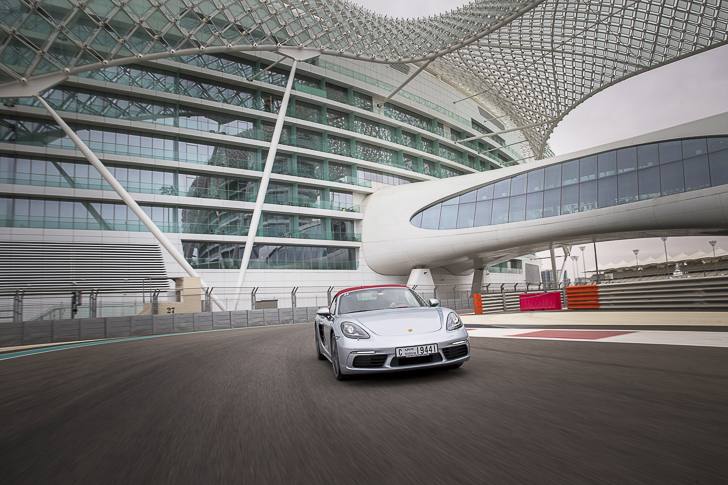 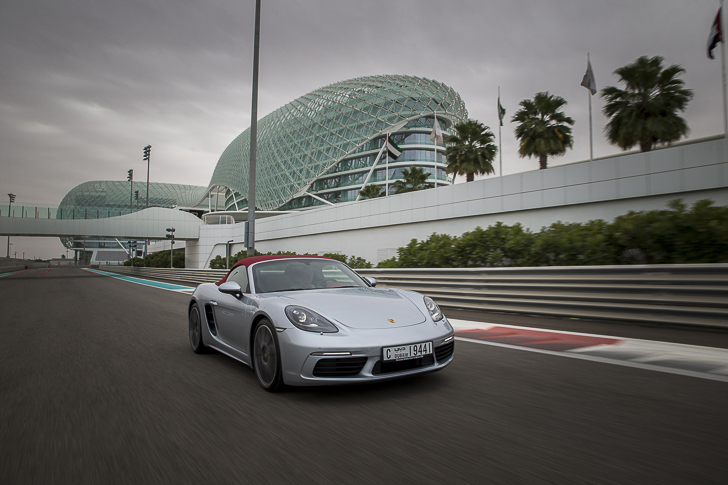 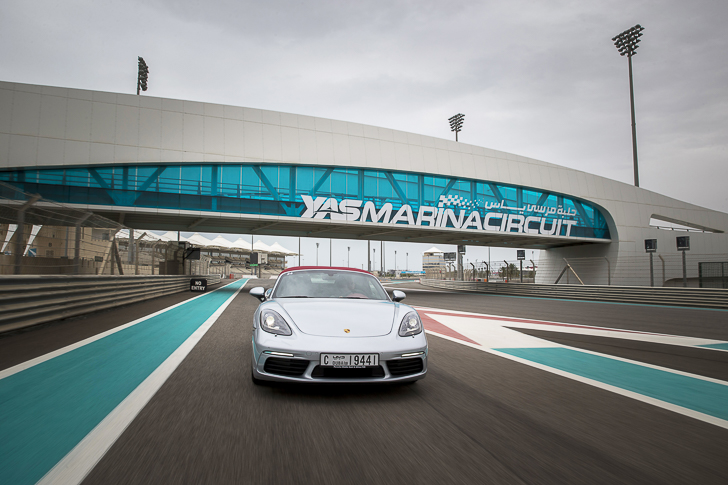 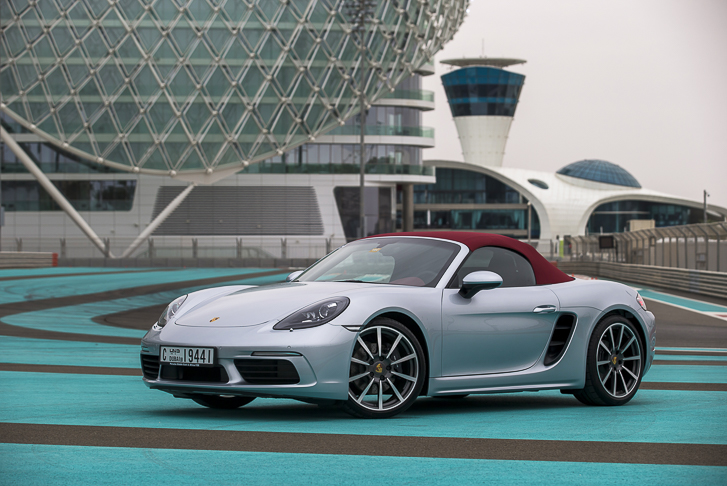 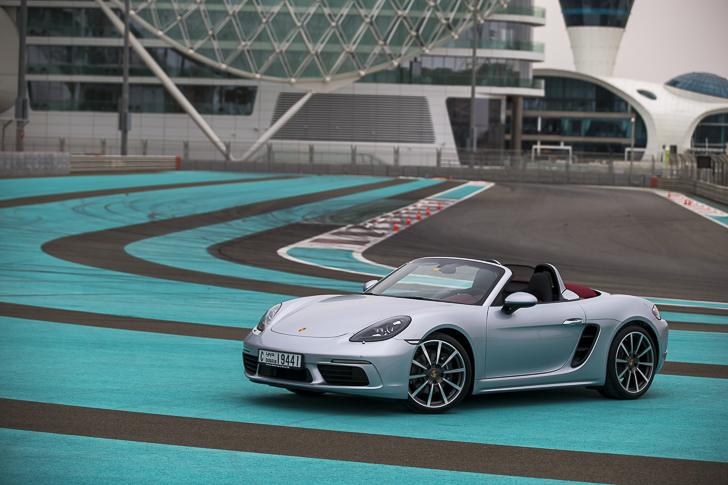 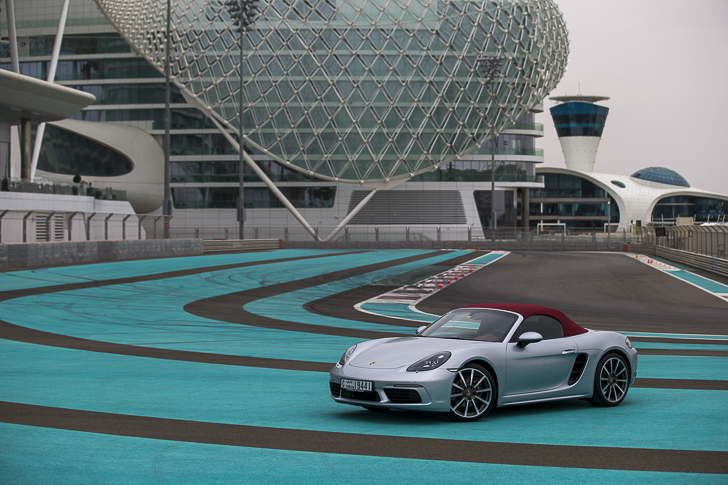 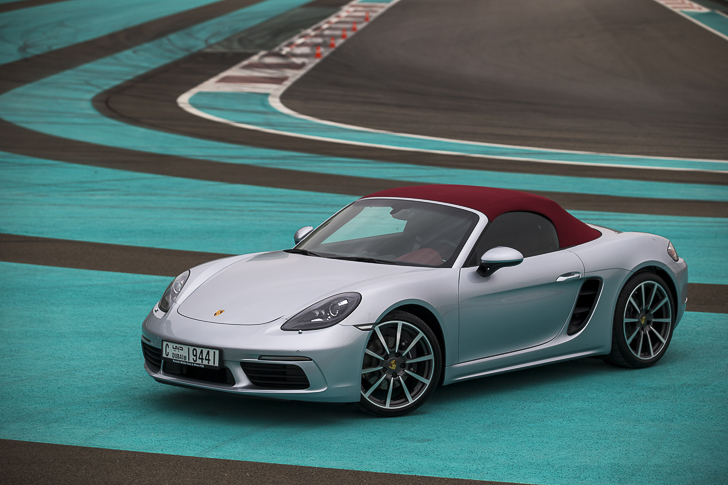 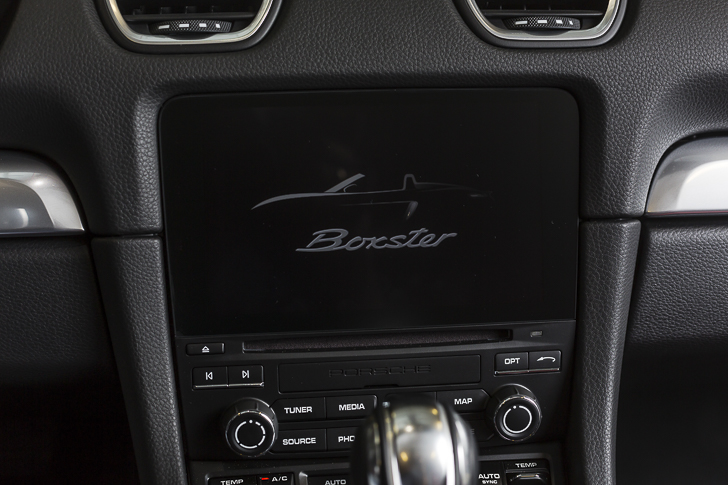 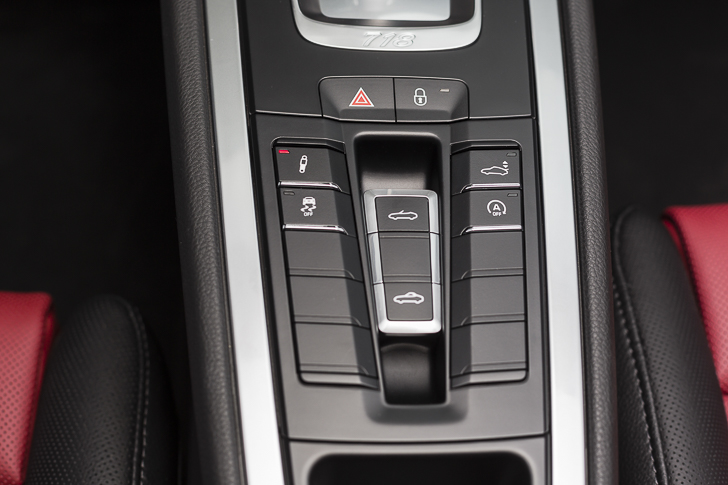 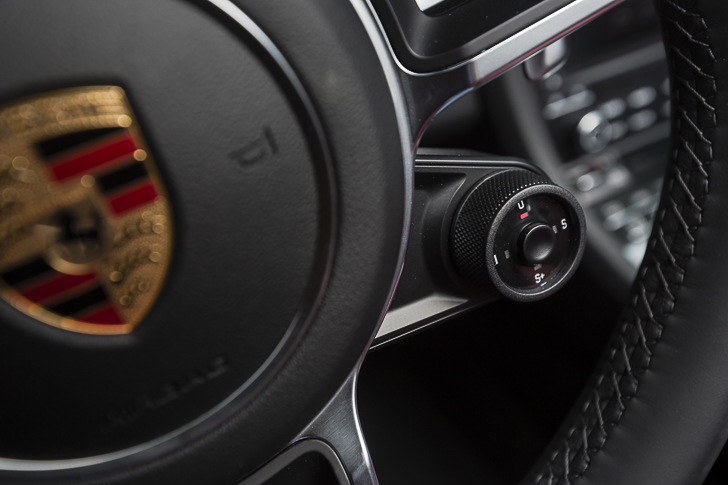 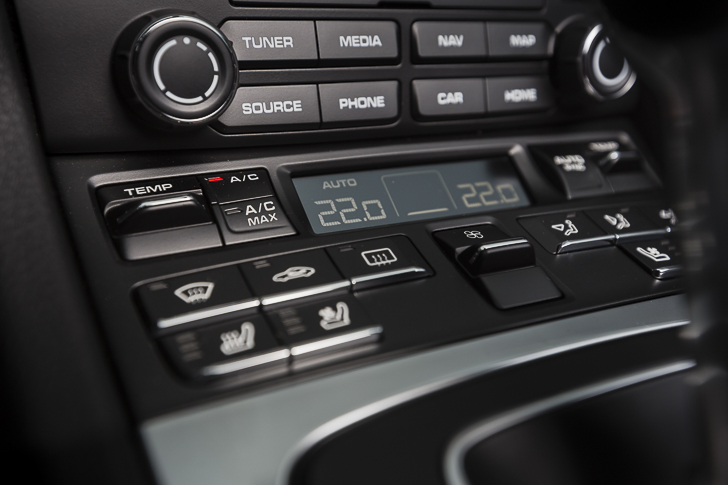 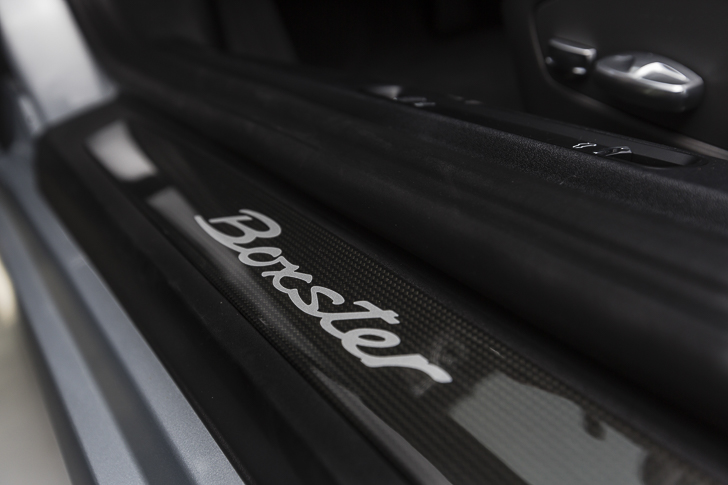 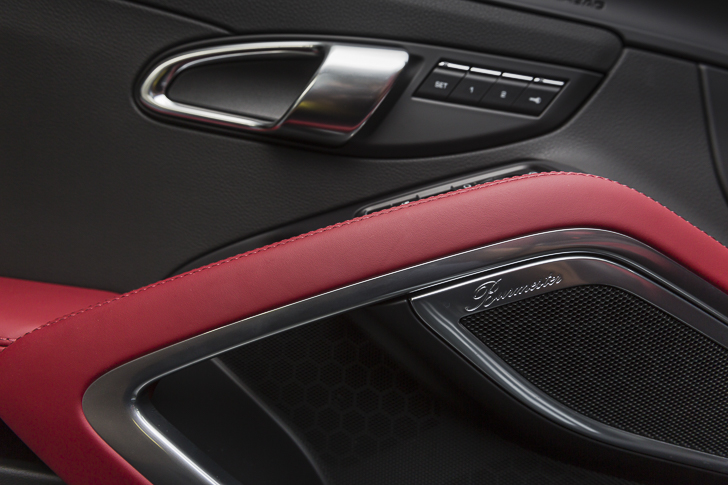 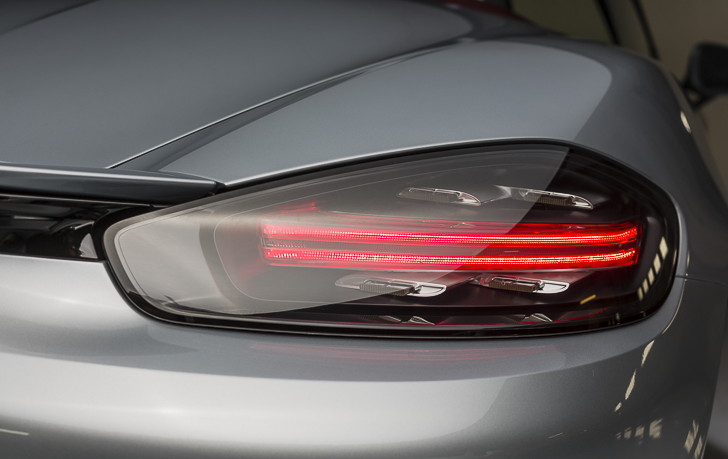 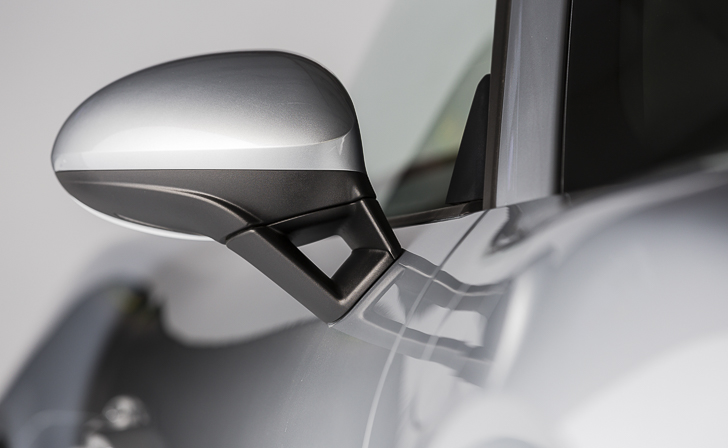 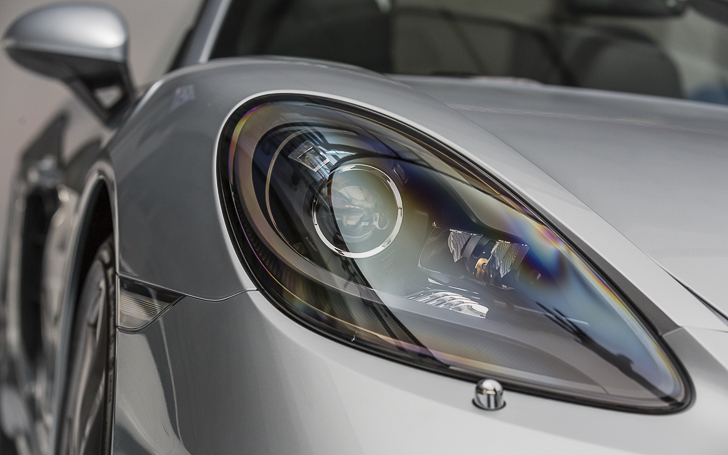 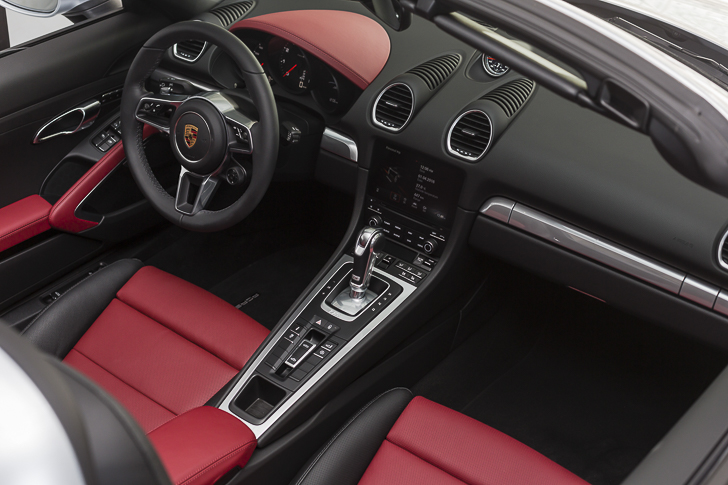 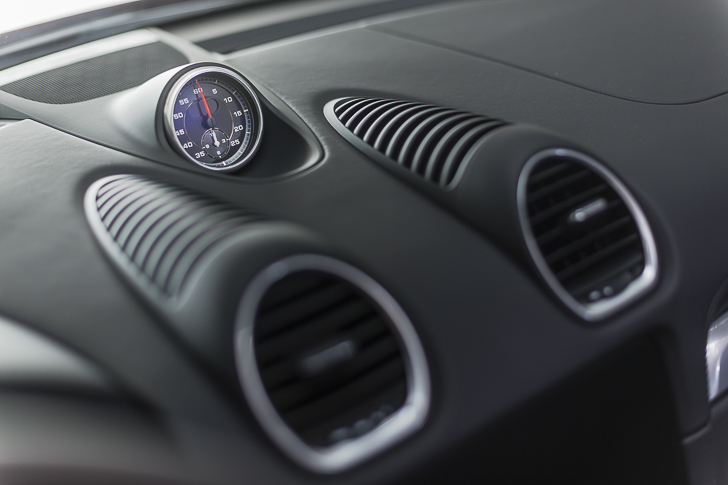 Say what you will about Porsche, the company certainly knows how to court controversy, be this a switch from hydraulic steering to electric, air cooling to water, the emergence of a performance SUV, or – the latest to receive vitriolic fervour – turbocharging the 911 Carrera. Each a mark of progress for Porsche, yet each guaranteed to get the collective knickers of purists in a twist: “this is not true Porsche”, etc, etc, blah blah, whinge moan.

Consequently it was only a matter of time before the sword of Damocles fell on both the Boxster and Cayman. Earlier this year it was announced the two would swap places on Porsche’s roster and would henceforth adorn the revised ‘718’ moniker. Which, if we’re being honest, we thought was a bit naff. The darling 911 for instance remains both a company and motoring staple, given that it has five decades of chronicled heritage behind it, and while I certainly won’t argue that the ‘718’ name doesn’t bring its own depth (three of Porsche’s 11 wins on the Targa Florio came in a 718 derivative), affixing it to the Boxster for added cachet just felt a little, well, forced. Putting ‘Ayrton’ in front of my name might raise an eyebrow or two, but I’m unlikely to be asked about a ‘distant relative’ or gain three seconds a lap around the Dubai Autodrome. It’s not the three numbers added to the bumper that has courted controversy though, but the two cylinders that have been removed. 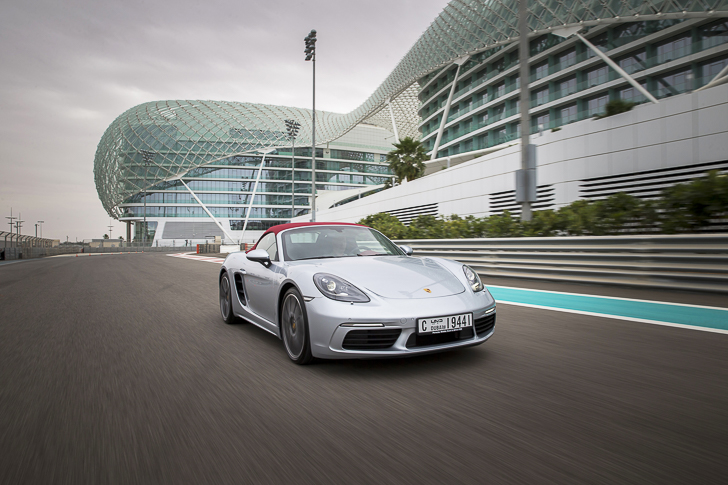 A word or two about the engine…

The Boxster’s naturally aspirated flat sixes have been replaced by turbocharged flat fours, the first Porsche to carry such an engine since the early ‘70s 914. But why? Particularly when the new engines’ fuel efficiency is, apparently, not wildly dissimilar to those they’re replacing? Well, practicality for one thing, Porsche having (quietly) admitted that a flat-six with turbocharged accoutrement simply won’t fit under the Boxster’s newly slimmed physique. But I’ll come back to that…

The other, more bit-champing reason, is power. The 345bhp 2.5-litre in the Boxster S we’re testing today at Yas Marina produces 35bhp more than the outgoing 3.4 unit, plus an additional 44lb ft of torque (peak is now 310lb ft). Both combine to improve the 0-100kph time by six-tenths, and offer, what turns out to be, some truly staggering acceleration.

It has. Concentrate, and you will feel a semblance of mild turbo lag in the lower revs when the wheels first start rolling, though admittedly the ferocity with which the variable turbine geometry borrowed from the Porsche 911 Turbo (yes, capital ‘T’) kicks in might embellish this. There’s certainly no doubting that the straight-line pull of those four cylinders is considerably more potent than their sextet predecessors: down Yas’ main start-finish straight, greater flexibility low down and prompt throttle response – once you’re over the 2000rpm hump – is positively rampant, the S only running out of puff just below the 7500rpm redline. It’s a solid tick in the plus box, as is the typically flawless seven-speed dual-clutch PDK. Upshifts and downshifts are as instant as they’ve ever been (it’s difficult to point out where this transmission could be improved), but the extra hit of torque takes the Boxster’s powertrain to a new level: the much stronger mid-range means holding onto the low gears relentlessly is no longer required, making the drive much more urgent and compelling than it once was. 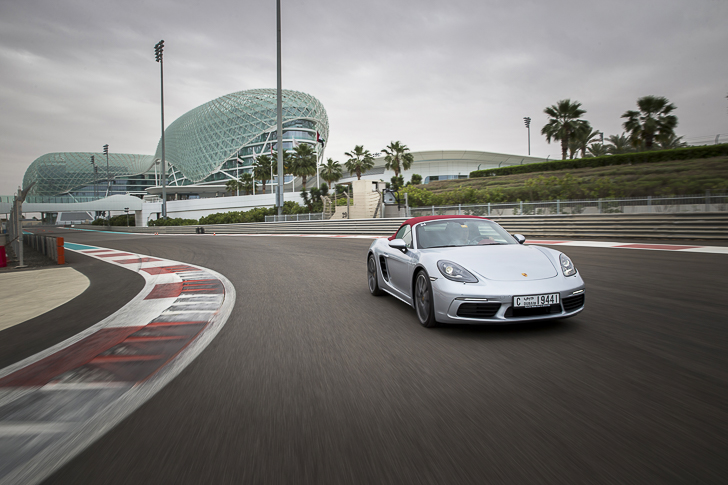 How does the Boxster drive on-track?

Where the engines have made arguably their biggest impact though is with the soundtrack, the spine-jangling howl of the naturally aspirated six having been replaced with the much gruffer, more subdued timbre of a turbocharged flat-four. A change that, to many, has robbed the Boxster of one of its key character traits, etc, etc, blah blah, whinge moan. While I’ll admit start-up is underwhelming, at pace there’s nevertheless a throaty note being slung around the cabin. Granted it may not have the same dramatic pulse of a Jaguar F-TYPE, but it certainly doesn’t unduly affect my enjoyment of the drive. Which, obviously, is brilliant.

The really-very-good chassis in the old Boxster is carried over to the 718, albeit with stiffer suspension springs, chunkier anti-roll bars, rear wheels now half an inch wider than before, and a ride height lowered by 20mm, all in the name of improved road holding. Limited weight loss be damned (those four cylinders drop just 5kg over the flat-six), it’s a combination that ensures superb agility through the corners, as does incredibly sharp and accurate steering, now 10 per cent quicker thanks to a new rack. The sheer speed of the steering means textured feedback is lacking slightly, but a front end that positively bites with grip, a more playful back end and vast waves of traction out of the corners, makes each lap of the North Circuit both engaging and enormously rewarding without the drivetrain feeling overstretched. Indeed, it’s a combination capable of a Nürburgring lap time 16 seconds faster than the Boxster’s previous best. 16 seconds! 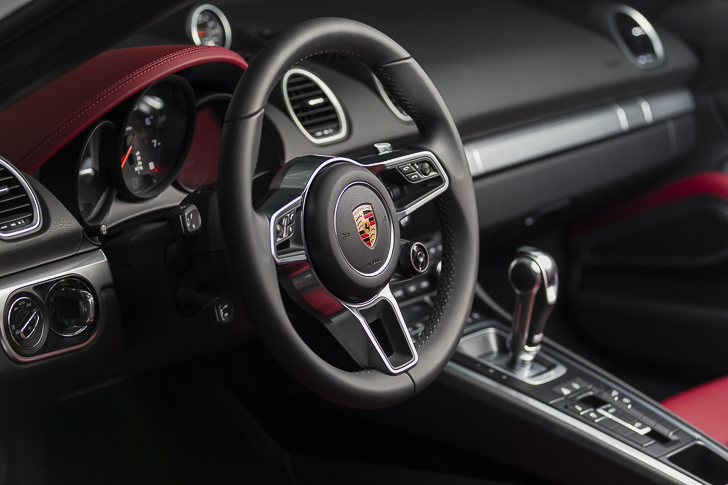 Let’s take a look at the design, inside and out

What truly amazes about the chassis though is the ride quality, impressively pliable despite the lowered ride height as we found out during a brief tour on-road. Indeed, the cabin is surprisingly civilised for a two-seater sports car, even if the design has mostly been carried over from the outgoing model, and thus could use a refresh: the outside may look much tauter and foreboding – particularly at the rear with those redesigned taillights and wider wings – but on the inside, a larger infotainment screen, less button-heavy centre console and a steering wheel lifted from the 918 are about it. One particularly notable element of the cabin though is the Sport Response, which – once pressed – ensures a quicker build up of pressure in the turbochargers, producing Dynamic Boost for a period of 20 seconds. Think of it as a less potent NOS canister if this were the Fast and Furious universe.

Another, slightly less emphasised element of the Boxster is the foldaway roof, given that the mechanism is almost entirely carried over from the old model. But rarely does fixing stuff that ain’t broke a good idea, and with a stowing time of less than ten seconds (at up to 65kph) and a beautifully ornate architecture, like the transmission it’s difficult to see where the system could be improved. 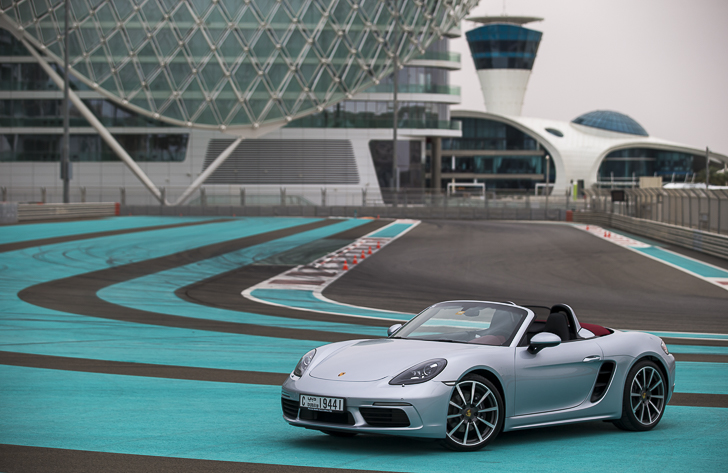 So then, the verdict…

The change in character is a fair if not conclusive comment, the cabin could use a spruce at some point, the new 718 nomenclature just seems to be trying too hard, and yes, the new soundtrack lacks fireworks. To me though, none of these are deal breakers. The exterior tweaks may be subtle, but underneath lies a sports car that’s both beautifully neutral through the corners, packs tons of grunt, and ultimately offers more overall engagement than the outgoing model. Yes, diehard fans and Google may have you believe that the 718 Boxster has lost its innate character and that the move to turbocharged four cylinders will be ruinous, but I disagree. Like I mentioned earlier, Porsche does court controversy. And the new Boxster is no different.