Follow the chase between a police drifter and a street drifter as they make their smokey way up a winding mountain road. 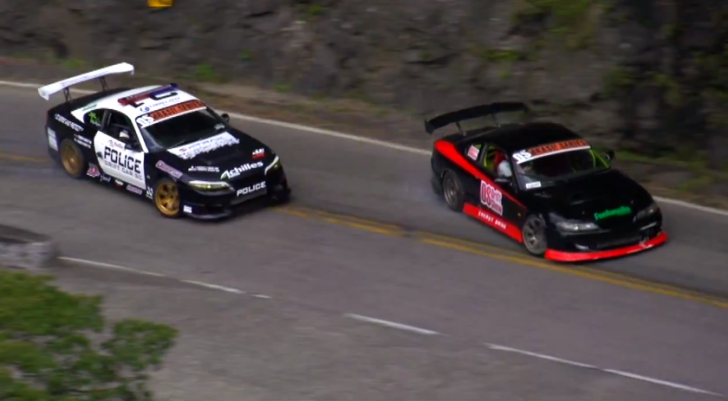 There are certain things required for a car chase. First, you need an epic stretch of road around which the bandit/protagonist can show his skills. Second you need a badass police car in hot pursuit complete with blues and twos and a penchant for going sideways. Third, you need an escape vehicle and several close up shots of smoke billowing from the tyres as our bandits evade capture. Possibly with a cheeky bit of promotion stickered along the side.

And fourth, you need to make sure there’s an extra who is over-acting in the early stages of the film during the heist: no dramatic production is complete without him.

Throw in an arseload of go-pros and a drone or two, and you’re all set. Though you might want to include a random outtake at the end: those nipples won’t promote themselves.