Polestar 1 prototype review – how does the hybrid GT stack up against rivals?

The Polestar 1 is no sports car – but as a big coupe that mixes cross-country pace with eco credentials, it has its place 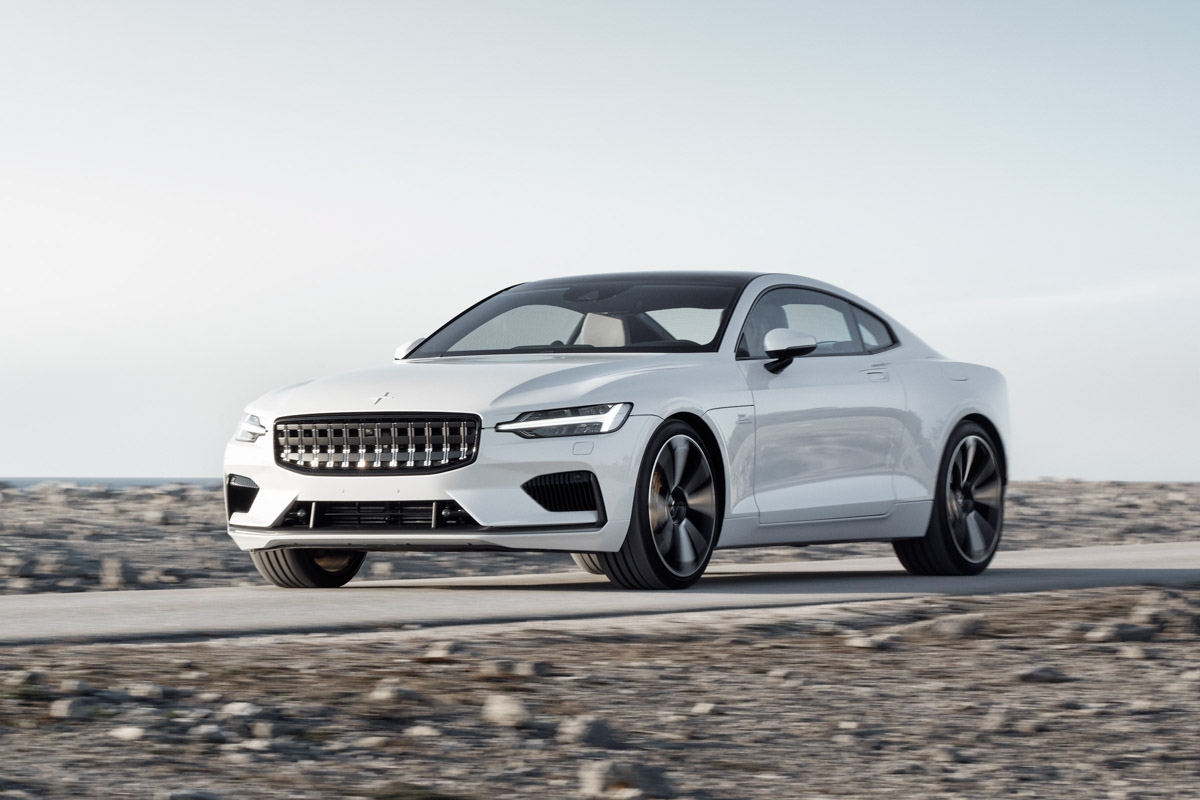 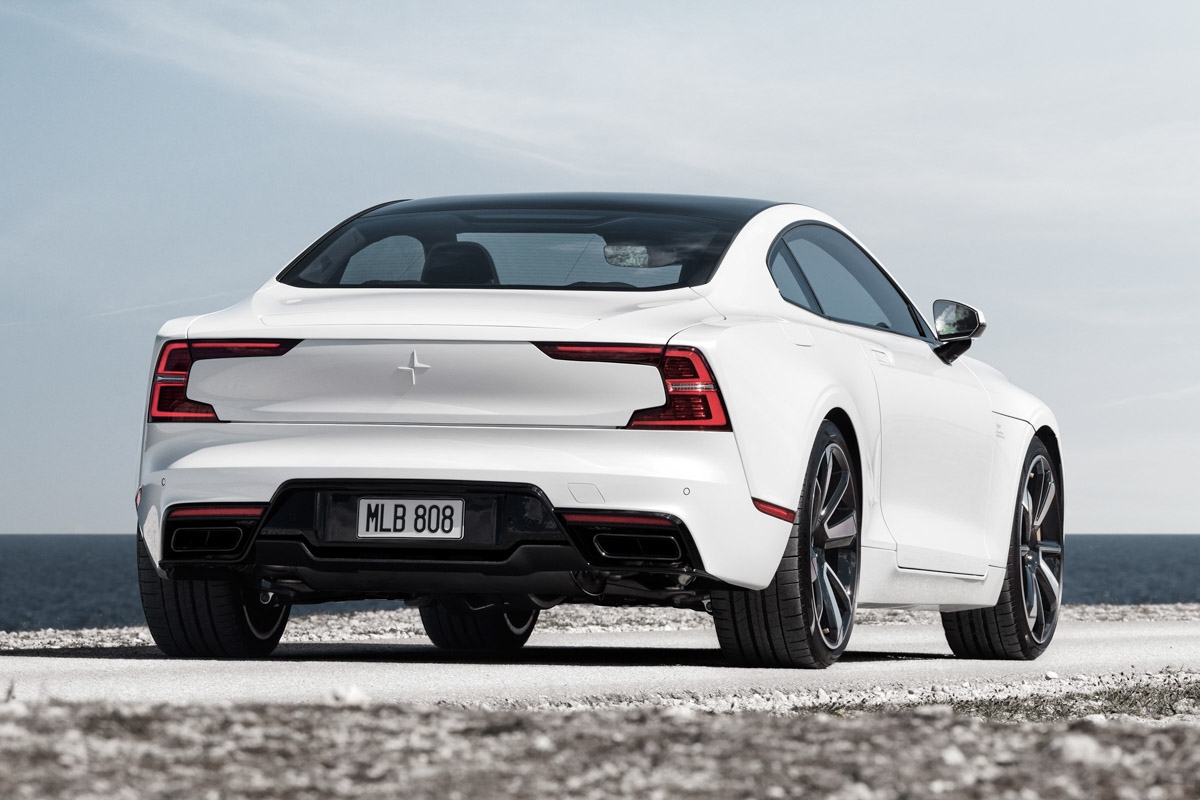 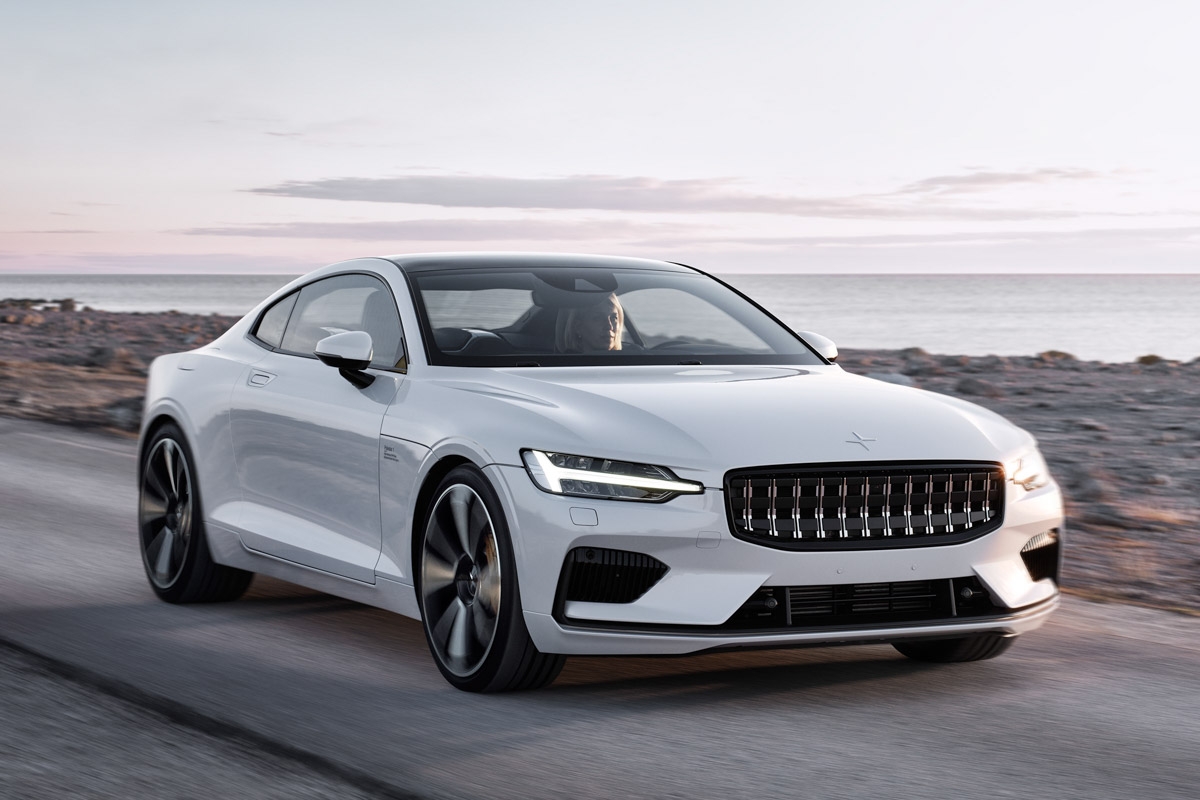 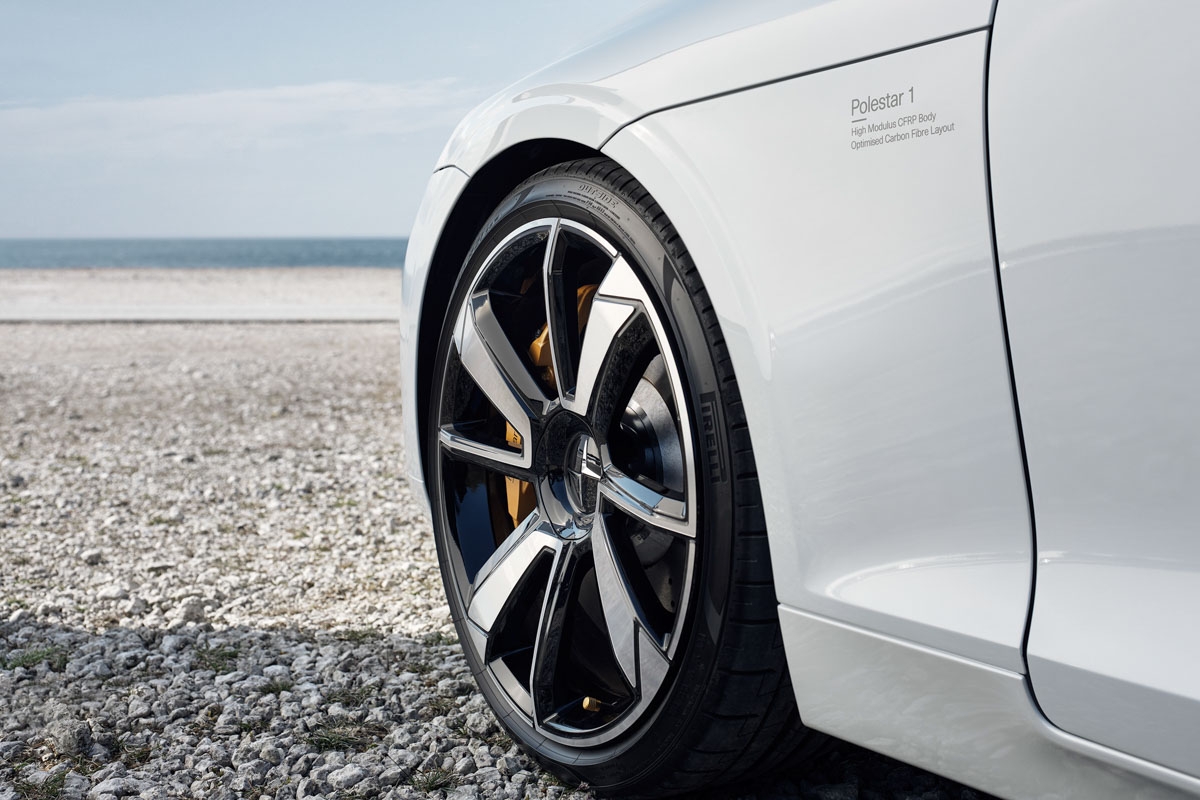 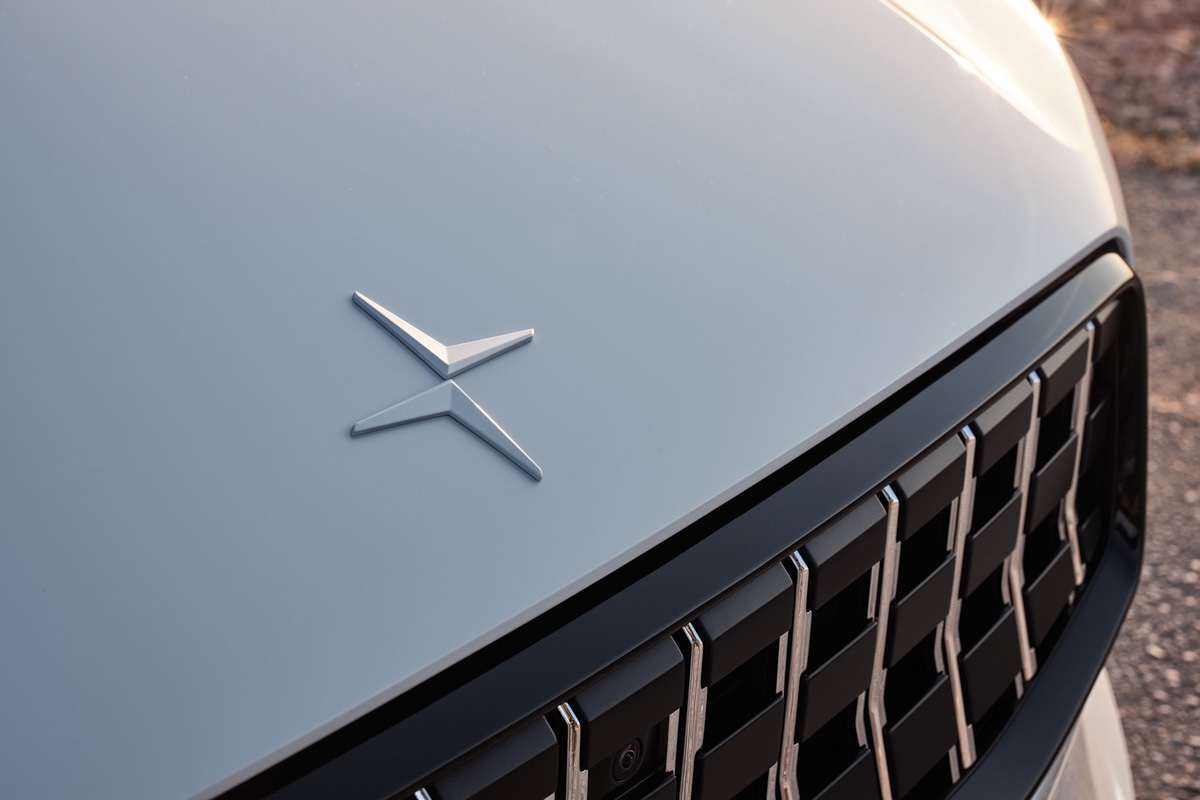 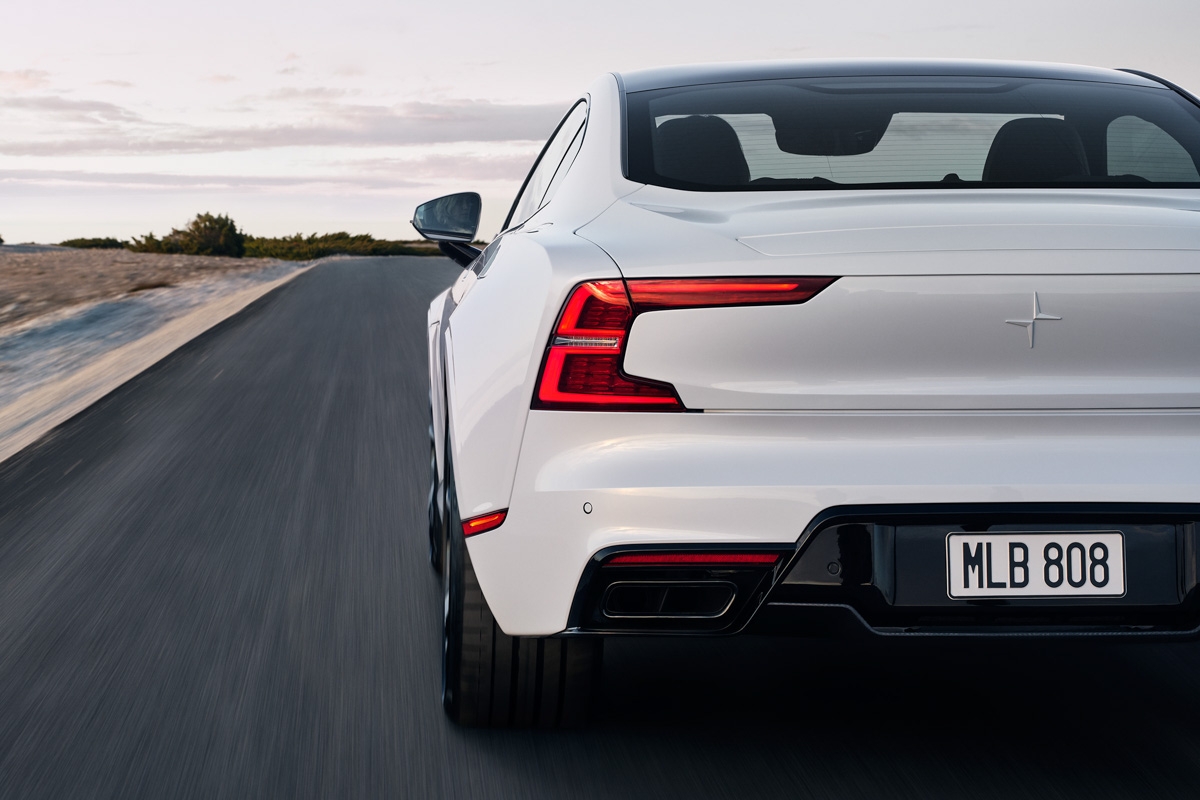 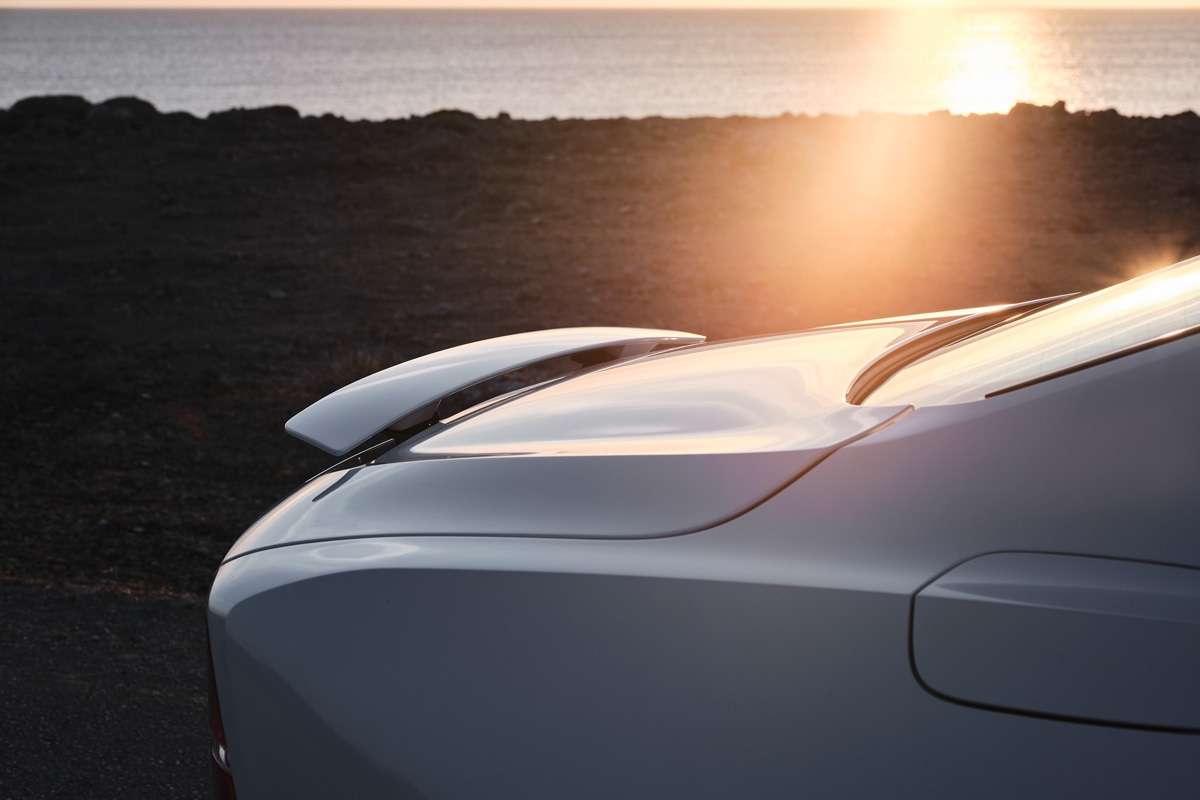 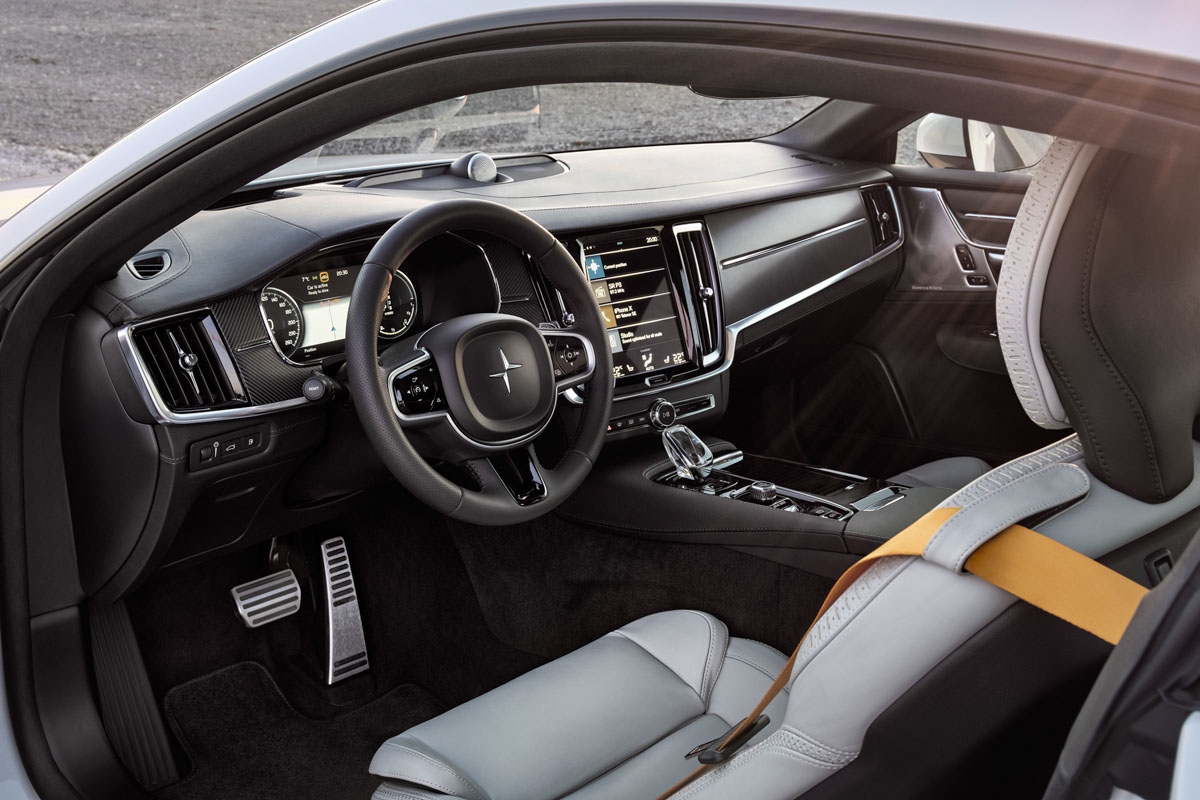 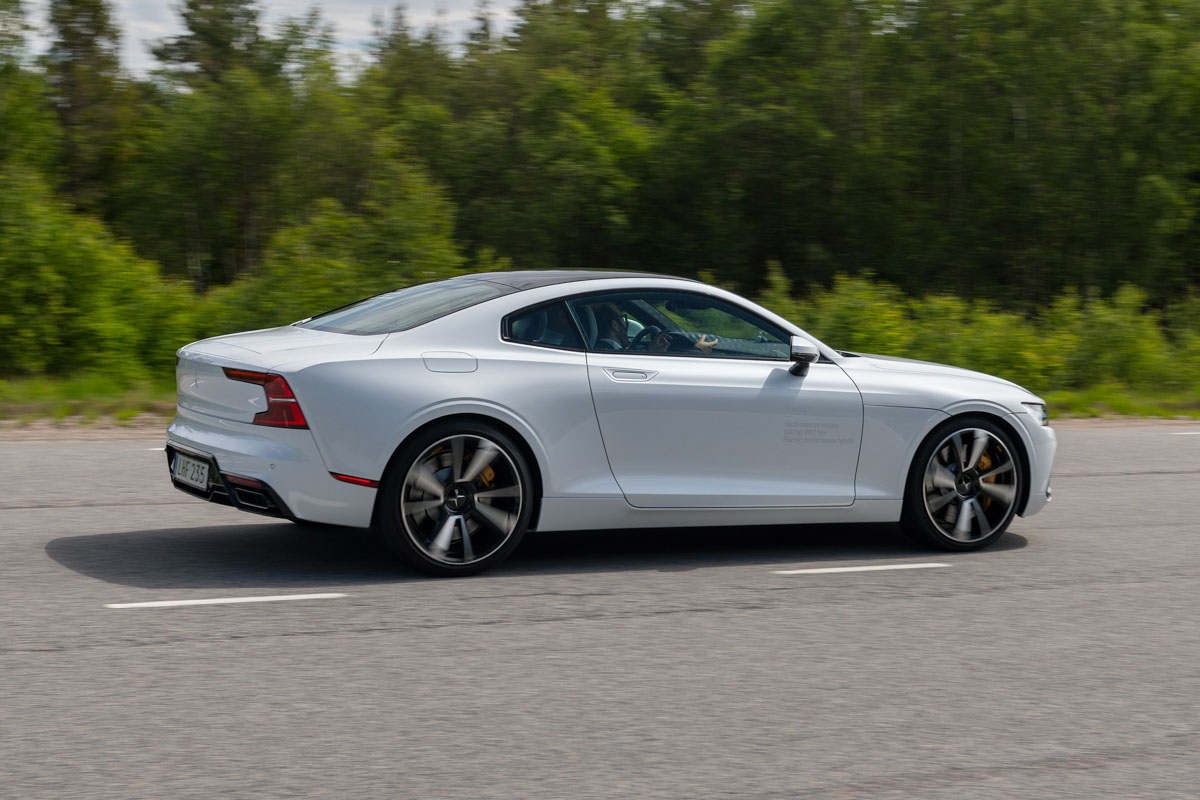 There’s probably never been a better time to launch a pure-electric car brand – and now Volvo is trying to get in on the act with Polestar. There’s one small glitch in the plan though; the first car to carry the new badge, aptly named Polestar 1, isn’t pure-electric at all. It’s a 599bhp hybrid coupe that promises a 0-100kph time of a whisker over four seconds, but costs almost $175,000. Oh, and it’s left-hand drive only.

OK, so we’re promised that this will be the only Polestar ever to feature a combustion engine. But while that means that the company’s subsequent models will be considerably more eco-friendly, it also means that they’re likely to be quite a bit slower and long-legged than the Polestar 1, which can travel several hundred kilometres on its mixture of turbocharged, supercharged four-cylinder petrol power and twin electric motors on the back axle.

Incidentally, if the car’s styling looks familiar, that’s because we’ve seen it before. The 2+2 coupe shape (made from carbonfibre panels, no less) was previewed as long ago as 2013, as the Volvo Concept Coupe.

The Polestar hybrid set-up with the limited lifespan is based on a 2-litre four-cylinder turbocharged, supercharged petrol engine. On its own it produces 304bhp – although an integrated starter-generator adds a useful extra 67bhp and tries its hardest to improve response.

Then at the rear, there’s a pair of electric motors, delivering four-wheel drive and another 228bhp again. The final tally? Some 599bhp and 737lb ft of torque.

Before you get too excited, it’s worth remembering that the Polestar 1 is not a light car. That trick bodywork helps, and the shortened version of the SPA platform that also underpins the Volvo S90 isn’t heavy in itself. But a 34kWh battery – enough, Polestar claims, for about 130 kilometres of pure-electric running under the tougher WLTP test – adds plenty of kilos to the recipe.

This, then, is more than 2.3 tons of grand tourer. But Polestar is still claiming a 0-100kph time of 4.2sec – not quite supercar pace, but a match (to the tenth) for the Mercedes-AMG S63 Coupe, one of a few potential rivals. Polestar hasn’t announced a top speed, but at best it’ll be limited to 250kph – and given Volvo’s recent statements on speed limits, we could see it being much lower than that.

The powertrain can operate in a number of modes, including that pure-electric focus, a hybrid setting where the car manages the mix and focuses on efficiency, and a performance configuration that uses all available power sources. The system can also top up the battery while on the move, allowing you to build up enough charge during a long journey for zero-emissions running at your destination.

The 1 is based on the same SPA platform that underpins the likes of the XC60 and XC90, and the S90 and V60. It’s shortened in this iteration but the layout is still fairly familiar, with double wishbones at the front and an integral link at the rear.

In a first for any Volvo-related product, the electric motors at the rear use a mixture of torque and individual braking to deliver torque vectoring. It’s designed to give the car a bit more agility entering corners and dependability exiting them.

There are a couple of interesting features that make the 1 stand out from the crowd. The boot has a transparent panel behind which all of the major electrical connections are neatly displayed, showcasing the car’s complex powertrain every time you access the load bay.

More significantly from our perspective, Polestar has worked with Öhlins to deliver adjustable dampers. They can be tweaked through nine settings using click dials above each wheel, delivering a difference of about 20 per cent in firmness from the most supple setting to the most extreme. It’s far too fiddly an exercise for regular use, although it’ll be something for new owners to play with as they tailor their car’s profile during their first few weeks of ownership.

In a bid to keep the kerb weight down – or at least to offset some of the bulk added by the battery – the car features carbon bodywork. There’s no weave on show, though; this is a sophisticated GT, not a stripped-out sports special.

It seems odd in an evo review to mention boot space, but with just 125 litres, the 1 is pretty compromised even as a grand tourer. You’d end up using those rear seats as extended luggage space for even a weekend trip, we suspect.

The Polestar certainly isn’t going to match the Merc (or an Aston Vantage) for noise. There’s a bit more electric motor whine in our verification prototype than the engineers would like, but that aside the powertrain is refined to the point of being soulless, even when the bland-sounding combustion engine is being employed. You can allow the car to focus on long-range efficiency by flicking it into Hybrid mode, run on solely EV power or call on everything going in the name of performance.

Do that and you end up with a big GT that’s genuinely rapid – albeit without the colossal mid-range shove you get from fast pure EVs like the Tesla Model S. Polestar’s offering is designed to cross continents at speed, with breaks only needed to fill the 60-litre tank with unleaded – while retaining the capacity to switch to pure electric in cities.

The chassis features torque vectoring through those two rear-mounted electric motors – but it doesn’t rely on it. That is to say that there is more than enough poise and composure to make the 1 a capable fast cruiser on its own, long before the car’s systems use torque and wheel braking at the rear to improve turn-in. Our mileage at a soaking wet Hällered test facility showed that the Polestar is sure-footed when you want it to be, and stays benign in response to behaviour that really doesn’t deserve it.

There’s next to no involvement, mind. The steering makes it easy to position the 1 on the road, but it’s desperately short on communication. And while you can paddleshift your way through the eight-speed automatic gearbox, the shifts are a little lazy and you’re always aware that the electric motors are operating independently of the transmission.

This is where things get a bit tricky for Polestar, because the 1 is designed to sit at the very top of the brand’s range. And as such, it carries a price tag of $175,000.

That means that the 1 is a good $13k more expensive than a Mercedes-AMG S63 and within a few pounds of a Bentley Continental GT. Both of these cars have as much long-distance ability (although not the capacity for zero-emissions running in cities) and their cabins are some way north of the Polestar’s on material quality.

There’s no denying, in fact, that the Polestar doesn’t do all that much to disguise its Volvo origins. The steering wheel, lots of the switches and the portrait infotainment system could have been lifted straight from an S90. The company is relying heavily on that alternative powertrain and ‘Swedish cool’ exterior styling to sell the 1. But the initial order books would indicate that there’s a market for it.