Just over a week after unveiling the 208 T16 with which nine-time World Rally Champion Sébastien Loeb will take on the legendary Pikes Peak International Hillclimb, Peugeot has now dished the dirt on its new contender. 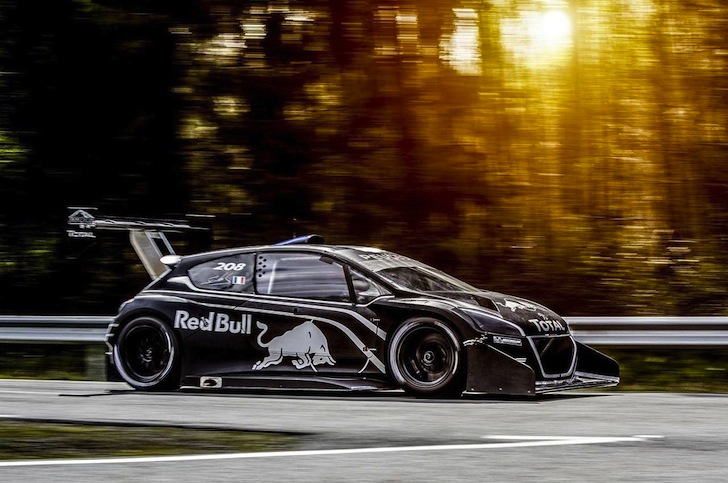 The 3.2-litre twin turbo V6 powering the Red Bull-backed brute produces a stonking 875bhp, which – when we consider the 875kg base weight – means a power-to-weight ratio of 1:1, a 0-100kph time of 1.8 seconds (read that again, you didn’t imagine it) and the ability to hit 250kph in just seven seconds. Whichever way you look at it, Sébastien Loeb’s challenger is neck shatteringly quick.

Other notable features, aside from the biturbo V6, which was originally designed for endurance racing, are a six-speed transmission, a carbon brake kit, air intakes and the two-metre wide rear wing, all of which have come from Peugeot’s 24 Hours of Le Mans winning 908. The bespoke Michelins on the all-wheel drive 208 T16 have also been prepared with Pikes Peak’s 156 asphalt corners specifically in mind.

Clearly the lion is not messing around with this one. 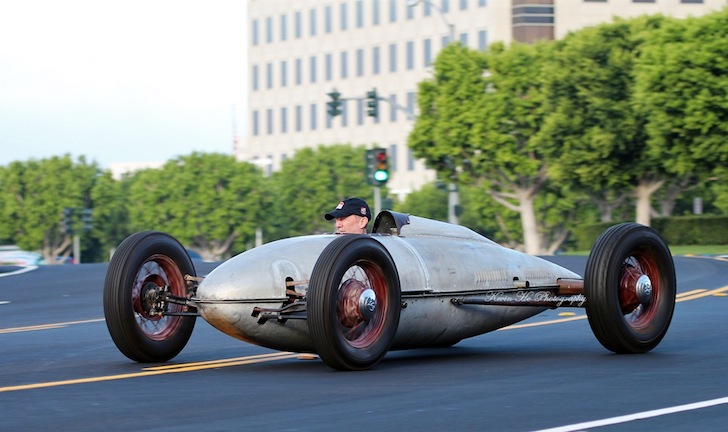 Shot of the Day. Bellytank Lakester. It’s Made From What…?!