A Peugeot supermini in 2020 is a very different beast to those that came before; it’s clever, stylish and hides a sweet chassis underneath that’s clawing to get out 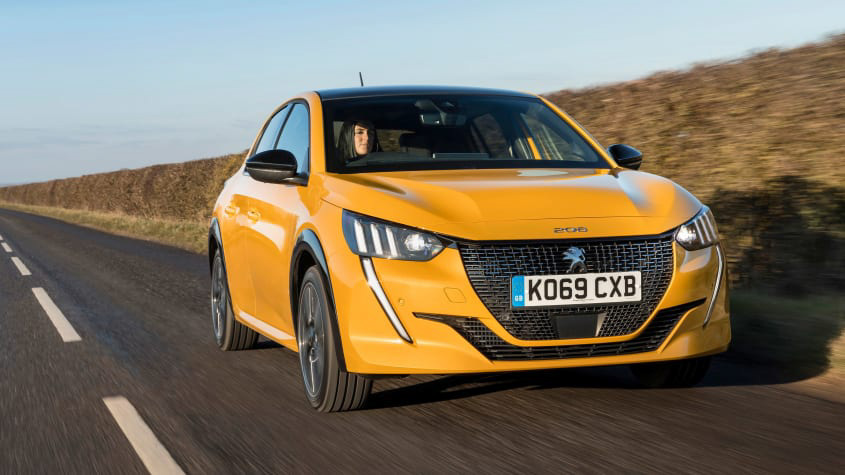 The modern supermini is a very different car to the ones that existed 20 years ago. The Peugeot 206, for instance, had a steering column that would rub between your feet as they sat on the pedals, which were hilariously off-set to one side – polish was certainly off the agenda. But step into the new 208, some three generations its senior, and things are very different.

This all-new 208 really is all-new; it’s built on a new platform built by PSA that is also found under the new Corsa, and destined to spread right across the wide reaches of its own brands, and those within its new FCA partnership. It’s bigger, more refined, more technologically advanced, and now available with a fully-electric powertrain.

So we’ve opted to drive the 208 GT-Line PureTech, powered by a 1.2-litre turbocharged three-cylinder engine with 98bhp. It’s no powerhouse, but as a look at modern supermini is, not to mention a first sense of what could be to come in a future GTi model, this is a pretty important new car.

We’re driving a 208 fitted with a 98bhp 1.2-litre ‘Puretech’ three-cylinder engine, which by all accounts is not particularly special on paper, but fights back as an energetic unit that pulls surprisingly hard for something with so little on-paper shove. For that, we can thank the turbo’s willingness to spin up promptly is due to its compactness, making for a powertrain that feels far more punchy than its 96bhp and 151lb ft of torque would suggest.

When paired with the eight-speed torque converter automatic transmission fitted here, its 0-100kph time is a class competitive 10.8sec, 0.9sec slower than when fitted with the standard six-speed manual. The torque converter’s slight power sappage isn’t quite offset by the manual’s longer gearing, and despite the longer final drive is also a few L/100km less efficient. The 208’s top speed is 188kph.

If there is one surprise, it’s that the 208’s Aisan-sourced transmission is actually excellent when up and running. Changes are swift, smooth and very well calibrated to make the most of the engine’s weedy figures. It can be a tad jerky at the point of take off – but this seems to be something associated with most three-cylinder cars fitted with an automatic, or indeed dual-clutch transmissions.

From a technical perspective, PSA’s new CMP modular platform this new 208 is built from doesn’t have any real technical highlights, but the fact this new 208 is both bigger, more refined and loaded with kit, yet lighter than its dainty predecessor is highlight enough. Weighing in at just 1090kg for our GT-Line automatic, it’s an impressive feat considering how refined and substantial the 208 feels.

The interior also proves to be a big step forward in the supermini conversation, with a complex and ornate interior that’s interesting, well constructed, even a little glamorous. A highlight is the 3D-effect i-Cockpit setup, which takes Peugeot’s controversial small-steering wheel, high-mounted dials combination one step further by squaring off the steering wheel into a sort of octagonal shape, while the now completely digital dial set are three-dimensional, thanks to some trick reflection-based projection similar to what you’ll find on a heads-up display.

Lots of big-car tech has made its way into the 208, with a panoramic sunroof, massaging leather seats, adaptive LED headlights, active cruise control and a 10.1-inch high-set infotainment system all able to be specified.

Peuegot’s decision to fit all of its models with a down-sized steering wheel and high-set dials also came with a new steering ratio that is far more direct than most of its rivals. In models like the previous 208 GTi or 308 GTi, it gave them a fantastically direct turn in, one underpinned by performance oriented rubber on wider front tyres. On cooking Peugeot’s though, it’s rate of response did little but expose its understeer-led balance – a feeling that to a point is appropriate here.

Of course, this 98bhp version was never going to feel as agile or enthusiastic as the previous 208 GTi, but there is certainly an impressive level of ability within the new 208s chassis, which feels happy to move around on its suspension without losing composure over bumps or undulations through a corner. The damping is well judged, and avoids being needlessly firm either, and wheel control feels excellent.

The steering is still mostly devoid of feel though, and while the short-geared automatic transmission does its best to keep the engine in its sweet spot, the comfortable, balanced setup clearly favours comfort over entertainment factor.

At cruising speeds, town speeds, and on the motorway, the 208 is a very accomplished supermini though. Refinement is impressive (although the three-cylinder does struggle to contain vibrations at idle oddly), and all the controls feel more finely calibrated than many a supermini rival.

Rivals in the supermini class are extensive, the equally fresh Renault Clio being its most obvious rival. Spec-for-spec, an R-Line model fitted with a 98bhp 1-litre turbocharged triple and automatic gearbox (a CVT on this occasion) is quite substantially cheaper at $25,476 without any real compromises in standard equipment. The new Clio’s interior has less flair, but is equally well-built.

The Ford Fiesta ST-Line X Edition, fitted with a 98bhp 1-litre three-cylinder and automatic transmission costs $29,420, has less standard equipment and a rather dull cabin, but is a sweeter drive at the extreme. The Volkswagen Polo, Vauxhall Corsa, Skoda Fabia, SEAT Ibiza and its kind are all extremely dull, if competent and competitively priced.

Despite its mainstream origins the new 208, more than most in the class, has found a way of making a supermini feel, well, super. It’s just that bit less agile and oily-slick than a Fiesta, so if ultimate driving thrills are your biggest priority, the Fiesta might still be preferred, but taken as a package, the 208’s has certainly moved the game on.