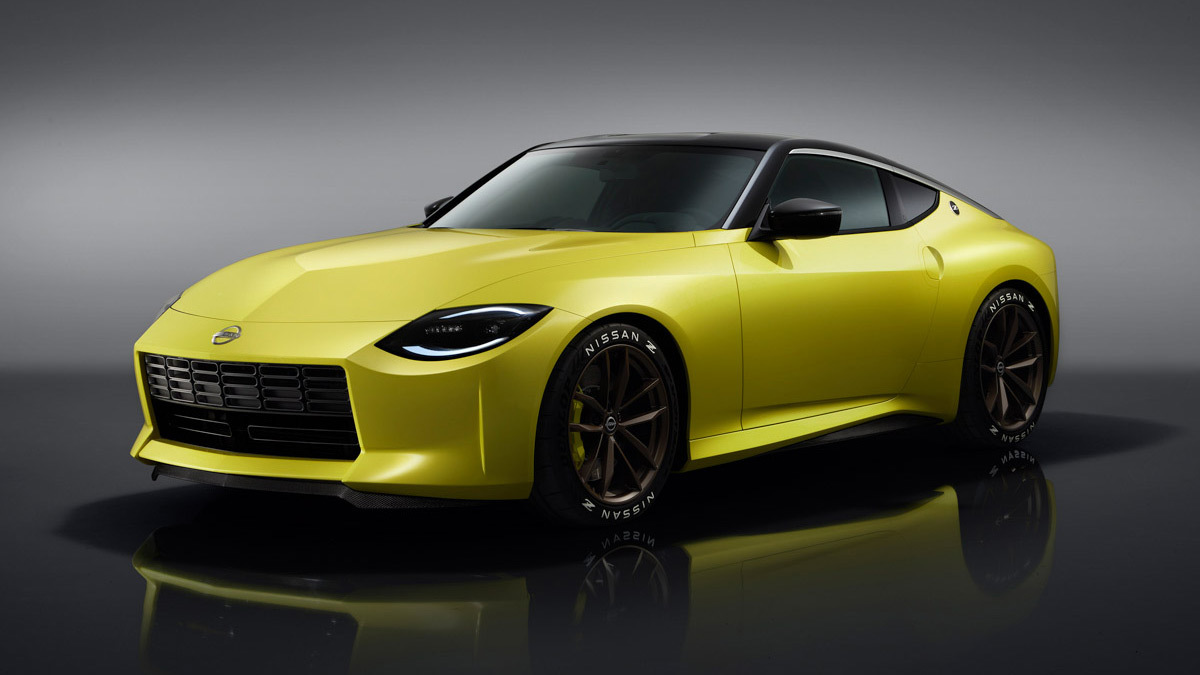 This is the Nissan Z Proto, an early look at the next edition in the Japanese firm’s historic Z lineage. Revealed in the form of a pre-production rendering, the new generation sports coupe follows the 370Z some 11 years after that car’s reveal in 2009, but with a rather more serious drivetrain and retro overtones.

To start with, the new Nissan Z shares its two-seater two-door configuration with many of its predecessors. At 4382mm long the Z Proto is 142mm longer than the 370Z, and almost bang-on the same length as a Toyota Supra. At 1850mm wide and 1310mm tall it is a little narrower and taller than the Toyota, but has a similar tyre footprint on the road with a combination of 255/40 R19 front and 285/35 R19 rear rubber (the same as the Supra at the front, and plus 10mm at the rear).

Another contrast is that Nissan’s next Z will be available with a six-speed manual transmission, rather than being auto-only like the Supra with its eight-speed unit.

Unfortunately the old-school elements that make the Z Proto feel so refreshing in our modern age of dual-clutch transmissions and hybridised powertrains also makes the car nearly impossible to regulate for some markets. It’s also worth remembering that the Nissan-Renault alliance still has a modern, fantastic sports car to take our fancy in the form of the Alpine A110, a car we feel is still a superb example of how good a lightweight, relatively affordable sports car can be when engineered with the right tools and the right teams.