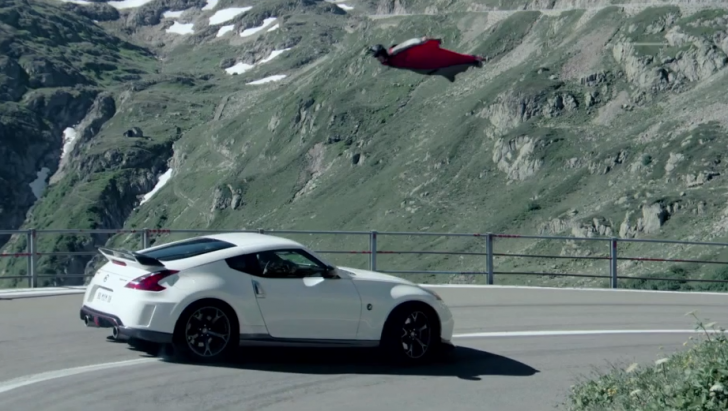 Remember when McLaren pitted its 12C against professional snowboarder Chanelle Sladics? And remember when Team IceRiders put a Nissan GT-R against the might of a snow-clad mountain, and the occasional snowmobile? Well, the Nismo team has gone for something a little more ambitious with its new video.

In the one corner, we have the Nissan 370Z Nismo, star – among many – of the Nissan GT Academy and already a member (sort of) of the crankandpiston alumni. In the other, we have Dave Barlia, wingsuit extraordinaire who just happens to be standing on the top of a dirty great cliff in the Swiss Alps.

So, who gets to the bottom first? The bat-man or 370Z wheelman Peter Pyzera?