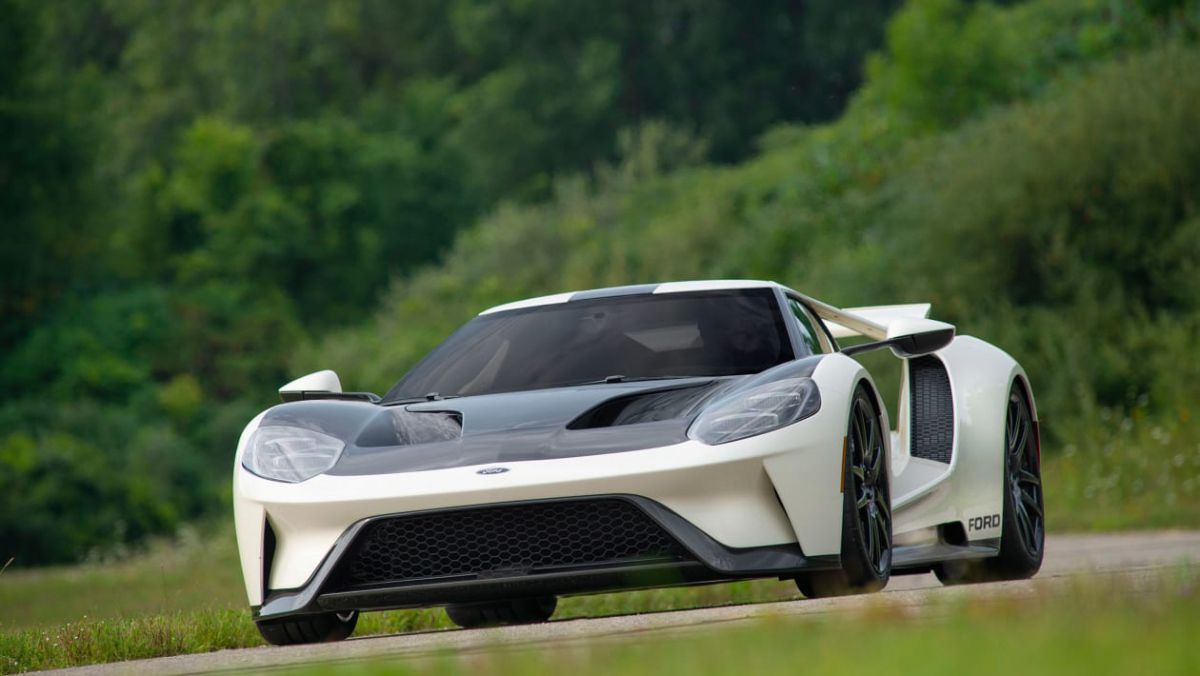 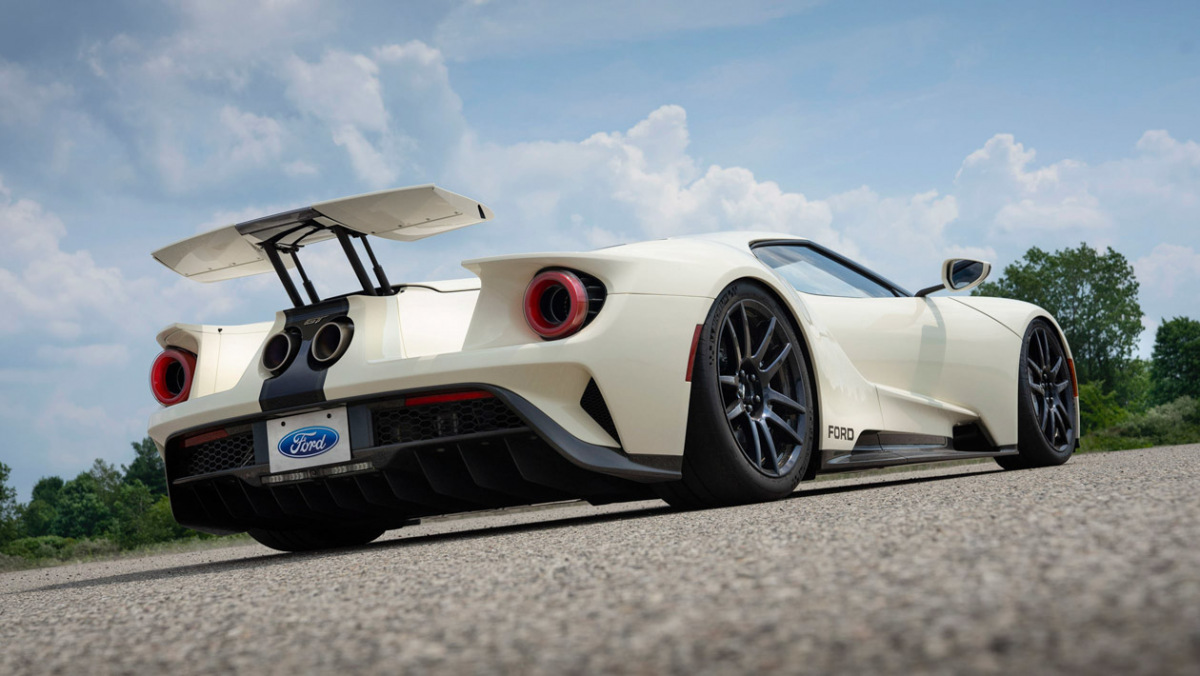 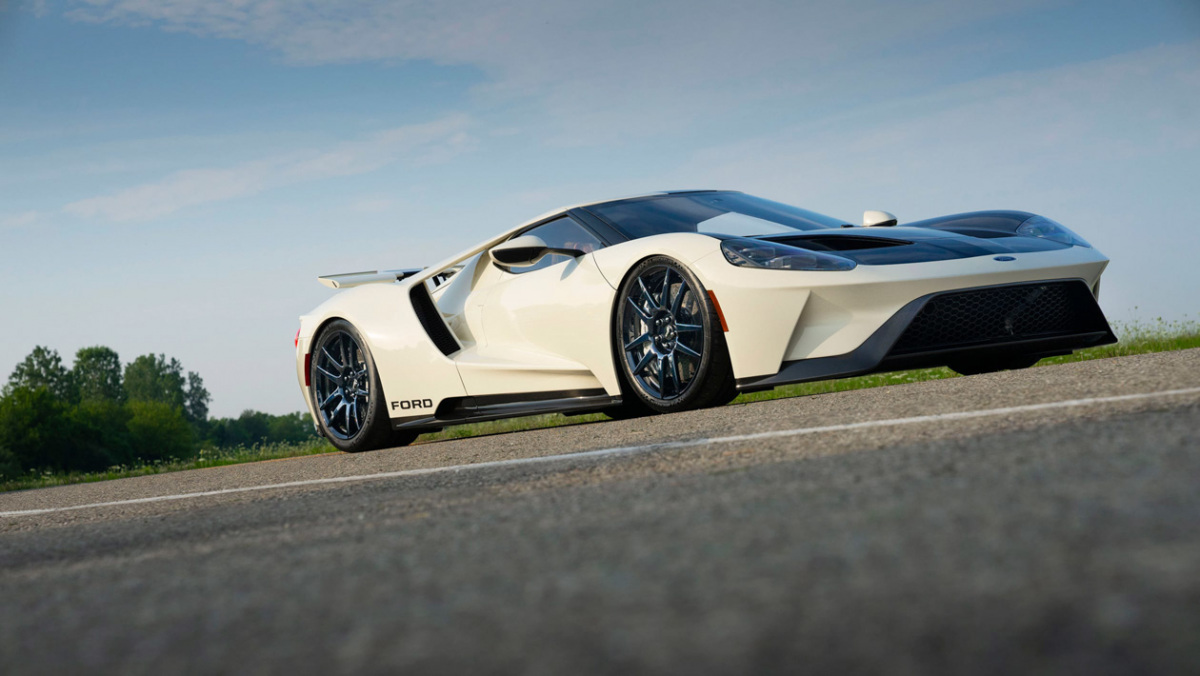 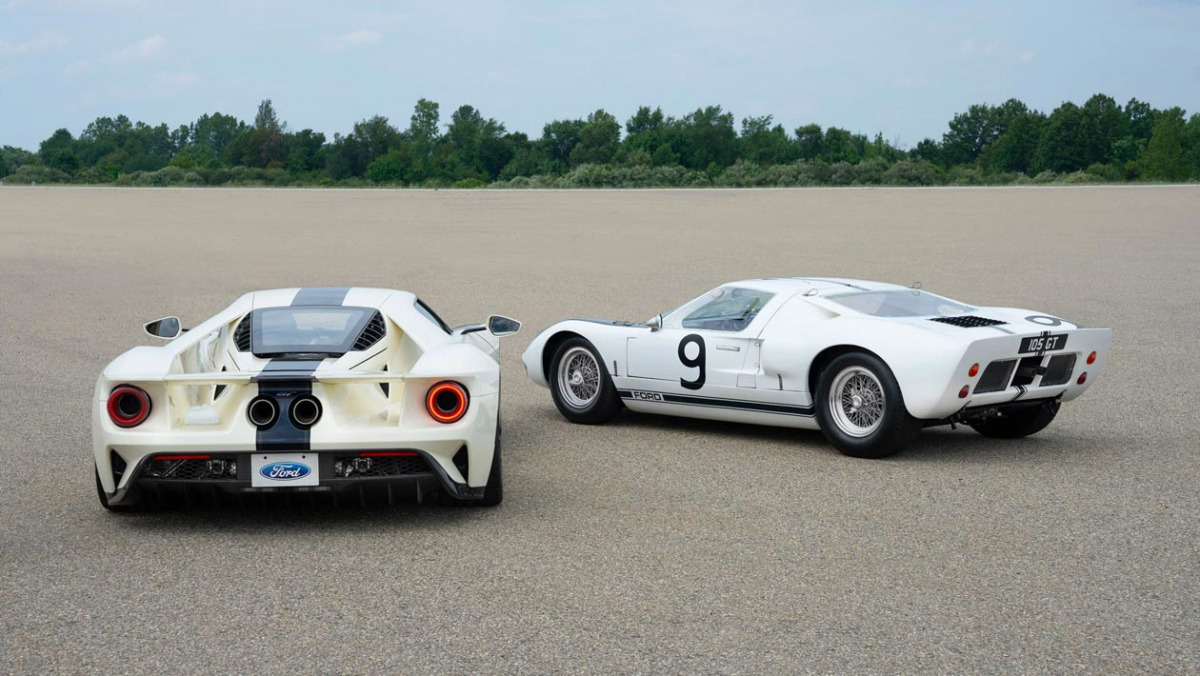 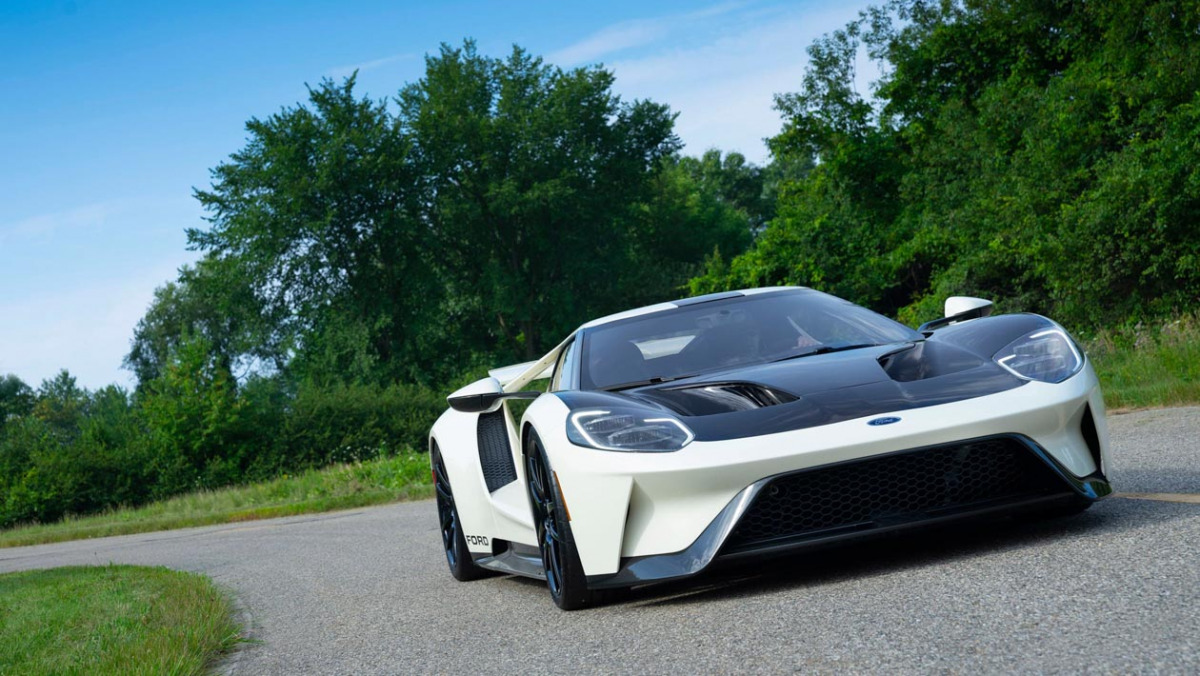 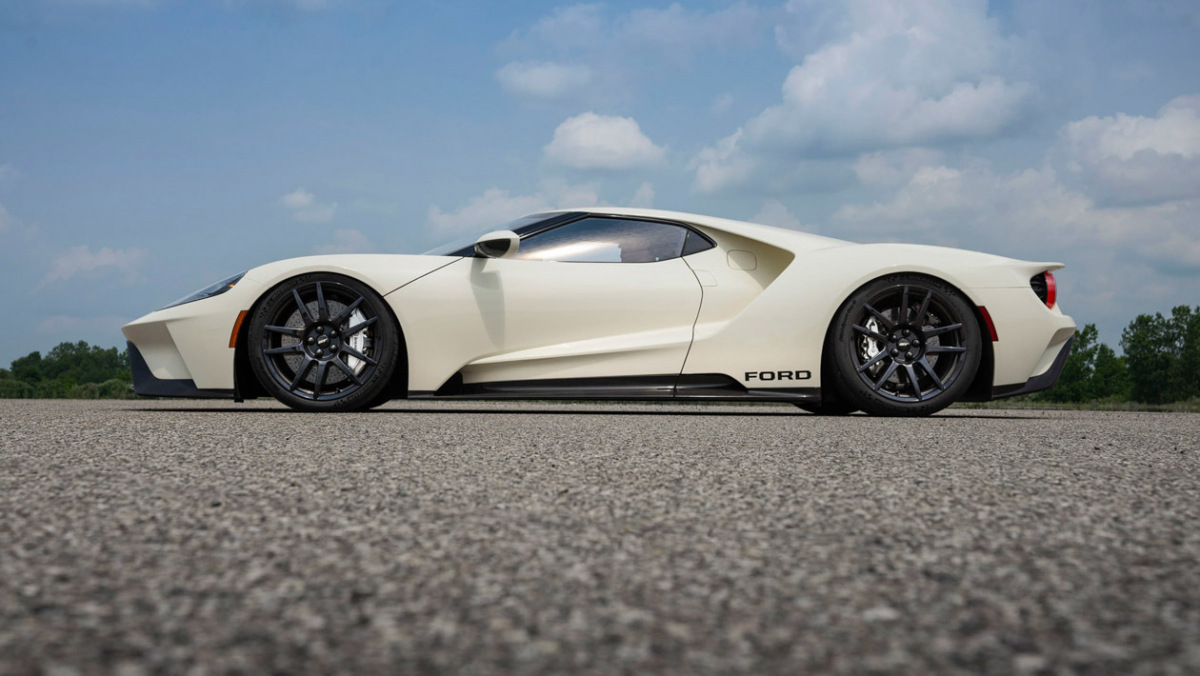 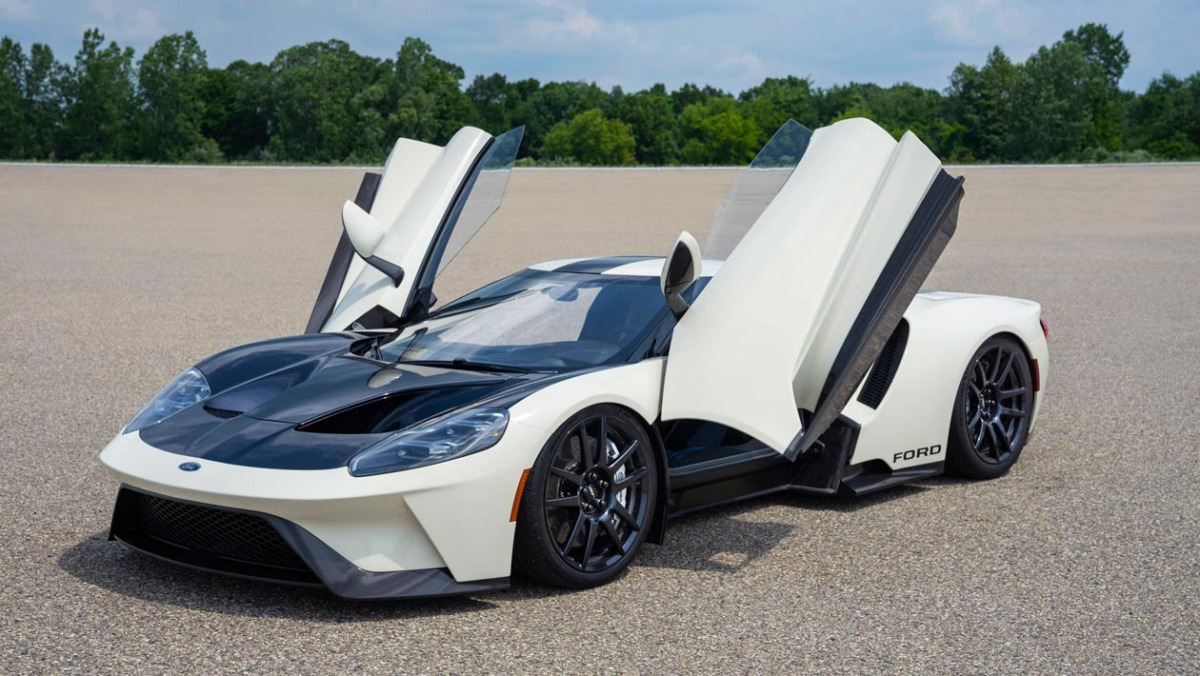 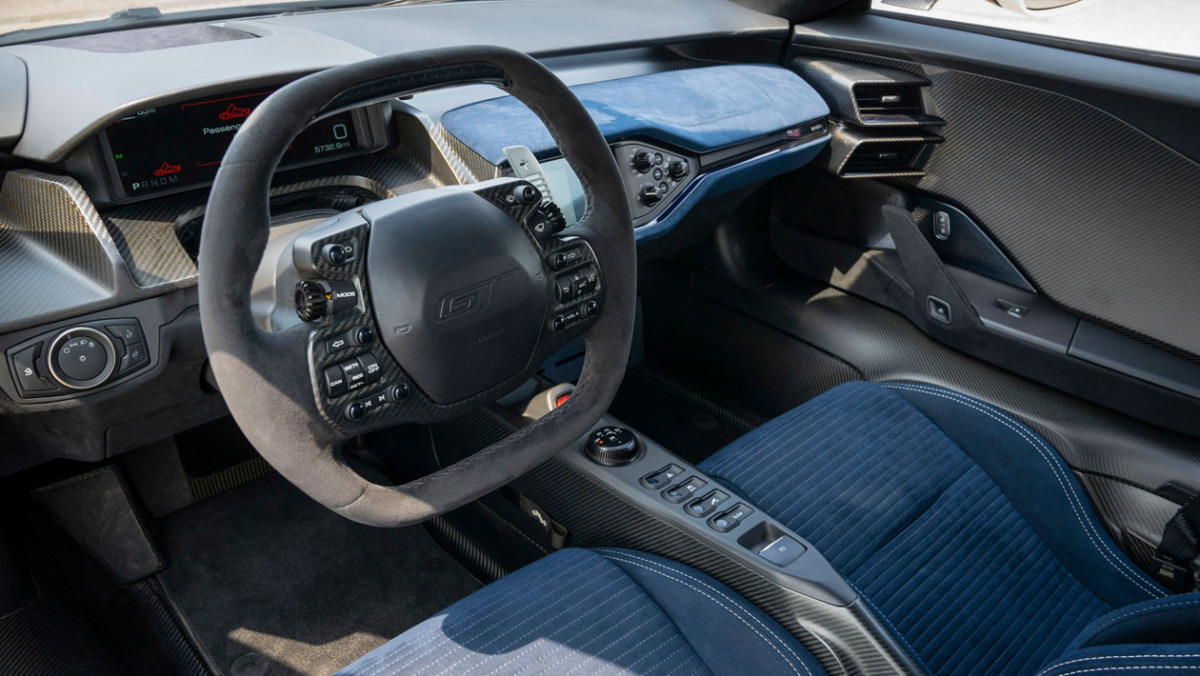 Ford has revealed the next iteration of a Heritage Edition GT as the model enters its final year of production. The bespoke, all-carbonfibre supercar has been on sale in one form or another since 2016, so to keep up interest in the halo model, Ford has consistently revealed limited edition models donning bespoke colour and trim combinations that reference its illustrious past. This latest edition does just that by referencing the five original prototypes built in 1964 that preceded the Le Mans-winning models only two years later.

This Heritage Edition features a bespoke Wimbledon white paint finish offset by a black bonnet and stripe based on the livery seen on the five prototype GT40s from 1964. The wheels are the optional carbonfibre units from CarbonRevolution, but in this case painted in a dark shade of blue that matches other small decals on the bodywork. All the standard GT’s optional carbonfibre elements including the splitter, sills and diffuser are also standard fit.

Inside, Ford’s combined matt-finish carbonfibre elements on the doors, dash and centre console contrasted with blue Alcantara finishes. The seats are also wrapped in this same blue Alcantara, while the roof lining, steering wheel and pillars are finished in plain black.

The new GT Heritage Edition will be revealed on the lawn at Pebble beach alongside the sole remaining 1964 Ford GT prototype which has the chassis number GT/105, making it the final prototype to be built of the five original.

No prices or numbers have been confirmed by Ford at this stage, but with no Heritage model yet being built in numbers higher than 50 units – we’d suggest this as the limit. It joins previous editions that referenced Gulf and Daytona liveries, and will coincide with the end of GT production next year.