The last time I drove the Porsche Cayenne Turbo, I was overly harsh with my conclusion. At the time – just over one year ago – I thought the Cayenne Turbo a phenomenal machine, albeit in a straight line. A then 500hp 4.8-litre biturbo V8 spitting you towards the horizon seemed to me the epitome of a muscle car, my mind not quite ready to accept that Porsche’s SUV – though immensely capable – was still the real deal through the corners.

Fast forward to today, and I’m a little gobsmacked at the speed we’ve just hit on this winding Spanish mountain road in the new (insert inverted commas) Cayenne. My belief that the Cayenne Turbo was nothing more than an oversized muscle car lies in tatters…

Before we crack on with ‘The Template’, I should explain that our test model today is not the much-anticipated third generation Cayenne, which is unlikely to appear before 2017 at the earliest. Nor is this a means to keep the Cayenne in the public eye. Last year alone, Porsche sold 160,000 vehicles, 84,000 of which were Cayennes, a new record for the model and yet more vital revenue to safeguard the company’s sportscar and racing endeavours. Plus, the S E-Hybrid Cayenne – the third plug-in hybrid model on Porsche’s books after the Panamera S E-Hybrid and the 918 Spyder – is due to make its international debut at the upcoming Paris Motor Show, bringing with it the improved efficiency, updated technology and incomparable performance Porsche hopes to implement across its range in the upcoming years. All in a handy SUV shape the public is already rather smitten with. Vital to sales or otherwise, the updated second generation – E2 II – Cayenne will walk out of the showrooms, regardless of a slightly heavier price tag. 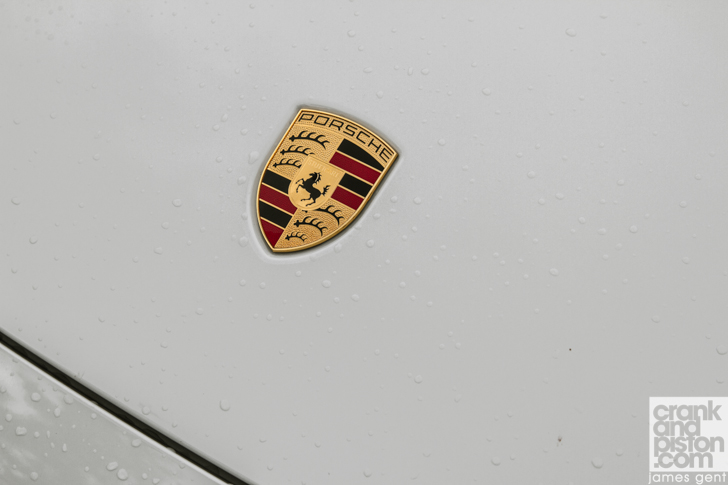 With this increase in price comes a revision of the looks. Naturally I wouldn’t dream of calling the Cayenne ‘ugly’ – the beautiful Porsche Middle East PR Team has already told me off once for doing that – and so shall explain that this makeover includes revised head and taillights, air blades in the front bumper, a new roof spoiler and tailpipes, and revised bodylines for a lower profile. There’s also been a revision on the inside courtesy of a new heated windscreen, a more comfortable rear bench, and a new multifunction steering modelled after the 918 Spyder. The bolt in centre console remains, but I’m pleased the archaic looking starter switch has now buggered off, replaced with a slot for the Porsche-shaped key fob. Still retro but much more elegant, but there’s little of the makeover that will cause your jaw to drop.

The key changes – aside from new Park Assist systems, adaptive cruise control and Lane Change Assist and numerous other driver safety systems – concerns the twin-turbocharged V8 and Porsche Active Suspension Management (bizarrely little has been done to improve the offroad capabilities). Those 4806cc now spew forth 520hp and 553lb ft of torque, although honestly this doesn’t make a huge difference to performance. What does however is the brand new Sport + button that offers more effective road handling.

Kick from the biturbo is as effective as ever, linear acceleration transferring to a more impactful pull when the revs hit 3000rpm. The rumble of the engine may sound a little muted in the cabin thanks to impressive noise reduction but the drive certainly doesn’t lack drama, thanks largely to the new Sport Plus button. This stiffens the air suspension to its most dynamic setting for better road holding, and when the Cayenne nose is thrown into the first corner, there’s not only decently weighted steering to keep the balance in-check, but enormous amounts of grip from those 19-inch wheels and very little lean to scrub off the speed in a torrent of understeer. There’s still body lean – this is a 2185kg SUV we’re talking about – but there’s composure too, the likes of which one could not expect from a vehicle of this size. 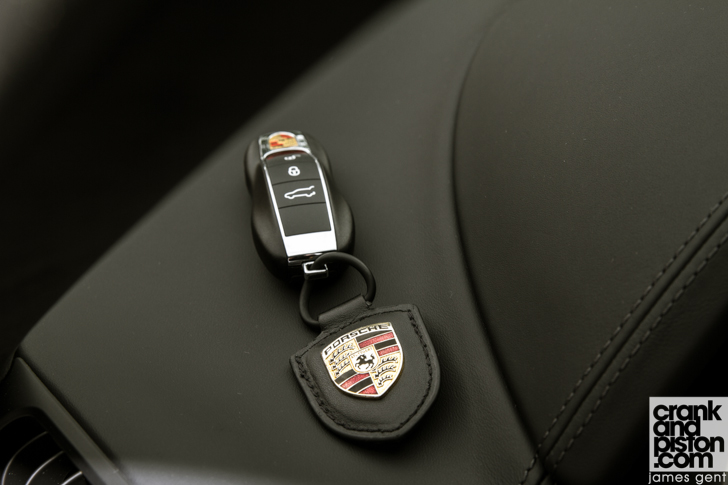 Speedy gear changes through the eight-speed Tiptronic S gearbox and progressive braking through those enormous stoppers allows you to maintain balance through the corners, ready for that biturbo kick in once again as you wind the revs back up. It’s a composure that’s exemplified fully when we take a quick spin in the lower range Cayenne S at the behest of our genial Porsche hosts. There’s still plenty of poke from the S’ 420hp 3.6-litre V6, but the suspension isn’t as stiff, the body roll is more pronounced, and there’s a strange ‘cough’ on the upshift from second to third gear that rocks the cabin just enough to unsettle the drive. It’s by no means a poor car – again, the fact that we can chuck an SUV of this size at all at this mountain road is a testament to Porsche’s sports car genes – but poor timing means the S languishes in the Turbo’s shadow.

Whether Porsche will improve on its Cayenne sales from last year remains to be seen, but it seems a safe bet. All eyes now are on the third generation Cayenne Turbo. It has quite an act to follow. This, after all, is no muscle car in SUV packaging.