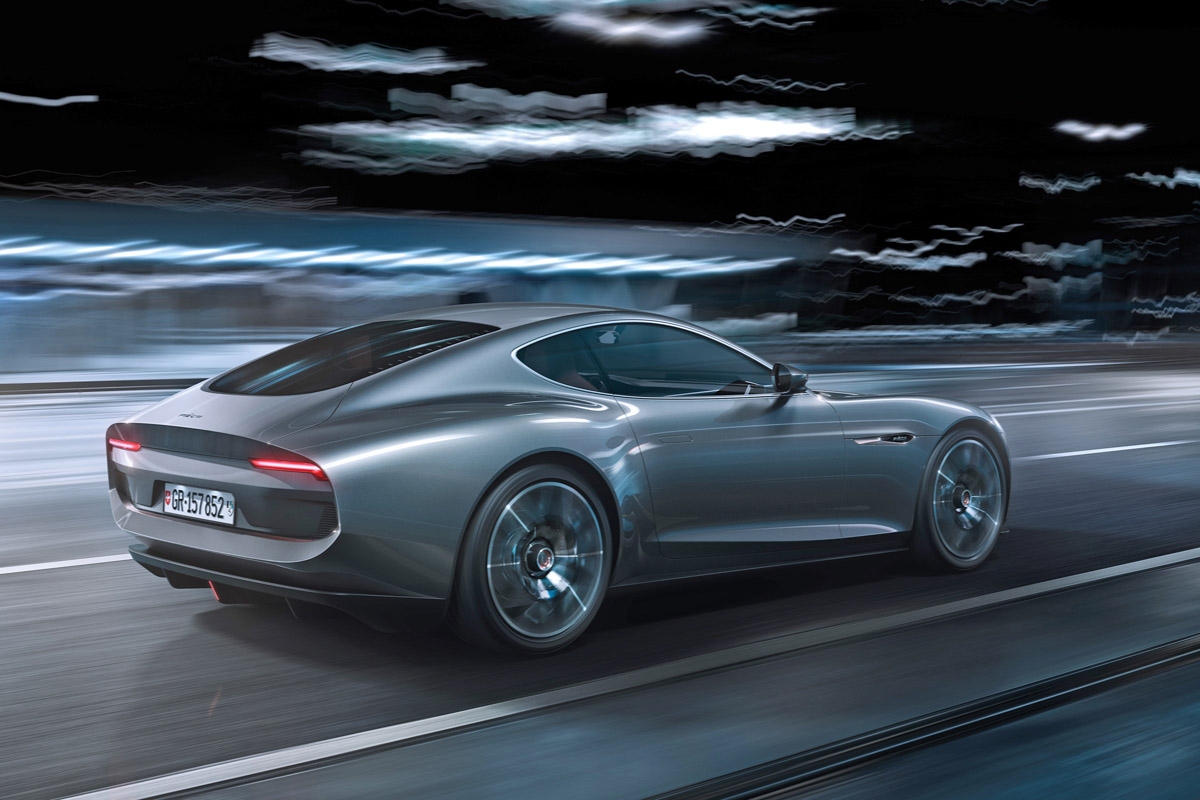 This year’s Geneva motor show was host to a sea of conceptual electric vehicles, all claiming impressive performance figures. This made it somewhat difficult to see which models were really worth our time, but a few months on, it would appear the Piech Mark Zero might have more to offer than most.

New info from Piech Automotive has revealed that thanks to a 602bhp triple-motor setup, its upcoming two-seat sports car will claim a 3.3sec 0-100kph time, with 200kph arriving in just 9.3. A single motor can be found up front, with two individual motors powering the rear wheels.

The headline news, though, is the claimed charging times, we’re told that the Mark Zero will be capable of taking 80% charge (approx. 400 kilometres of range) in just 4 minutes and 40 seconds from the 1000-volt charging stations that will eventually come on stream. Even with the 400-volt stations currently available, 80% charge is claimed to be possible in just 8 minutes, with 100% possible in 12. This would make even Tesla’s revolutionary V3 Supercharging system look slow, as that is only capable of delivering 120 kilometres of range in 5 minutes.

These figures come following a breakthrough in battery technology from Piech Automotive’s partners, allowing new lithium-ion cells to stay cool during charging and discharging. This is good news for drivers, as it means long track sessions might finally be possible without overheating.

Klaus Schmidt, head of engineering at Piëch Automotive, said: “Besides the short charging time, the innovative thermal management of the batteries also gives them the highest level of stability, and fast laps on the Nürburgring Nordschleife should not be a problem with the first roadworthy prototype of our Piëch Mark Zero in the spring of next year.”

The new tech also removes the need for liquid cooling, meaning the Piech Mark Zero sports car sees a 200kg weight saving, taking total weight under the 1,800kg mark. As opposed to a floor-mounted, ‘skateboard’ approach to battery placement as found in Teslas, batteries in the Piech Mark Zero are also located in the transmission tunnel and at the rear axle, allowing for a lower seating position than most EVs.

The Piëch Mark Zero sports car, named GT-2, will be the first vehicle in a three-car line-up, with a four-seat GT and SUV due to follow. Though testing is still underway, the brand says its new battery tech is nearing series production, when it will be offered to other manufacturers for use. A prototype of its sports car will also hit roads in spring 2020, where first drives are set to take place.