In the beginning, there was F1, followed 15 years later by the P1 and soon after came the 675LT, a mighty line-up of no holds barred performance cars from McLaren. Now there is Senna. Or rather: the Senna. The most extreme McLaren road car to date, Senna has been designed to be the quickest track car possible. And the name is no meaningless cash-in, either. Ayrton’s nephew Bruno Senna has been instrumental in the car’s development and McLaren Automotive has worked closely with the Senna Foundation in order to be able to use the name. A financial contribution will be made to the Senna Foundation for the sale of all the cars.

What will each owner who takes delivery of a Senna be getting, exactly? A 789bhp, 590lb ft, 1198kg (dry) mid-engined road car that looks like it has driven straight out of an LMP pit lane, that’s what. It may have a passing resemblance to the current cars that are produced in McLaren’s Woking factory, but when you start to pick up the details it’s clear the Senna is something very special.

Aerodynamics are why the Senna looks the way it does, designed to produce genuine performance enhancing downforce for the track via active-aerodynamics like no other seen on a road car.
We cannot display this gallery

An ankle height splitter combined with over-sized intakes dominate the front end, and within each outer opening are active flaps and winglets to direct air either under and through the body for aero purposes, or into the radiators and oil coolers for the powertrain. The latter’s warm air is forced out of the opening in the front bonnet area and over the roof of the car, neatly missing the engine’s roof-mounted air intake that capture the required cooling air flow. Turbulent and disruptive air built up within the front wheel arches is accelerated out through the opening in the back of the front wheel arches.

Playing an integral role in the Senna’s active aerodynamics, the rear wing is hydraulically controlled and constantly moves (through 25-degrees in anywhere between 0.3-0.7 seconds depending on how fast the car is travelling) to suit the driving situation. In its most upright position, it sits 1.2-metres above the ground, can angle through nearly 90-degrees when working as an airbrake and is also part of a drag reduction system (DRS). All told, the Senna generates an incredible 800kg of downforce even by the time it has reached just 250kph, some way short of its maximum velocity, equating to a 40% improvement over the P1 hypercar. 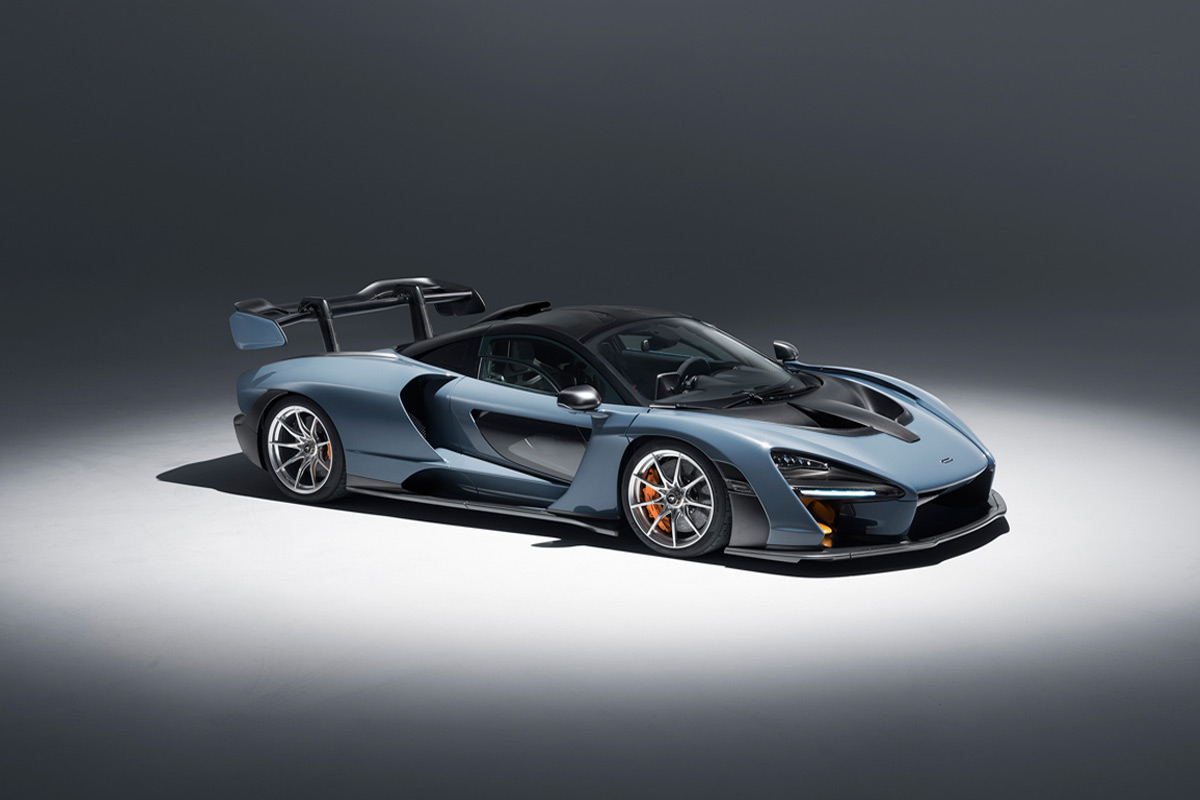 Along the flanks of the Senna, two further intakes suck air through to the engine bay and out through a set of staggered louvres on top of the engine cover, or under the car and through the single piece double diffuser positioned at the rear of the car. And then there is the twin-plane rear wing, that’s fixed to the bodywork by two pylons attached to the top of the wing rather than in the more traditional position under it. This allows for an uninterrupted 6500 square centimetre surface area.

Built around Monocage III, McLaren’s lightest and stiffness carbonfibre tub, the Senna’s bodywork is also made exclusively from carbonfibre in a bid for ultimate lightness. How light, exactly? The front wings weigh just 600grams compared to the 2kg that the same item on a 720S weighs, while the massive rear wing weighs only 4.87kg and the carbon seat shells are just 3.35kg apiece. Even the doors weigh half of those on a 720S.

Behind the bulkhead of Monocage III is the latest iteration of McLaren’s 4-litre twin-turbocharged V8, albeit one that has had every possible component lightened. The results are a formidable 789bhp and 590lb ft of torque – up 79bhp and 47lb ft respectively over a 720S – and a power to weight ratio of 669bhp. The company’s seven-speed double clutch gearbox is retained but modified accordingly to suit the engine’s increased performance. And what performance it has: 0-100kph is achieved in 2.8-seconds, with 200kph then reached after only 6.8-seconds and 300kph dispatched in 17.5-seconds.

Retaining the double-wishbone set-up with hydraulic dampers and anti-roll bars, the Senna also features the latest evolution of the variable stiffness and ride height technology first introduce on the P1. The engineers have further developed the Race active chassis control II system (RCC II), primarily to work with the increase in aerodynamic loads that will be forced through the chassis. The active dynamic system now also features a Race mode accompanying the Comfort, Sport and Track options we’ve become accustomed to. In Race, the dampers switch to their stiffest setting as well as dropping the ride height by 39mm on the front axle.

Behind the nine-spoke, centre-lock alloy wheels (which are equipped with McLaren specific Pirelli Trofeo Rs) is a set of the latest carbon-ceramic brakes, with discs that reach their peak operating performance at a temperature 150-degrees lower than McLaren’s normal ceramics. They are also lighter but do take seven months to manufacture instead of one. Then again, they can bring the Senna to a halt from 200kph in just 100-metres.

Functional is how best to describe the interior. Carbon and Alcantara are the materials of choice. There are also number of neat touches to mark the Senna out as something special. The door ‘handle’ for example is a switch positioned in the roof along with the engine stop/start button, controls for the air-con fan and the switch to enable Race mode. In fact, there’s nothing fixed to the doors aside from the visible gas strut, painted blue on this car to match the contrasting colour used to pick out its active aerodynamic components. The gear selector panel is also fixed to the driver’s seat and moves fore and aft with it. The flip instrument display is from the 720S. Being a car designed for the track, the Senna has no luggage storage except room for two crash helmets and races suits to be stored behind the seats in the rear bulkhead. And the front number plate is fixed to a removable bracket to optimise airflow when driving on track. Surprisingly, an audio system is available, developed specially for the Senna and weighing just 7.32kg. A push-to-drink system is also an option, along with a special black exterior paint – Caliber Black – that reduces the volume of liquid needed to paint the car.

The Senna is dripping in detail, all of it functional, all of it necessary to be the most extreme and fastest road-going McLaren the company has built. In the carbonfibre it looks brutal. To sit in it feels every inch the perfect driver’s car. The lucky 500 who have been notified by McLaren that their order has been accepted (they are, unfortunately, all sold) will be owners of one the most extreme road cars of 2018 and for many years to come.

Previous ArticleRacing back in time. Gulf Historic.
Next Article 25 ‘new’ Jaguar D-types to be built by Jaguar Classic 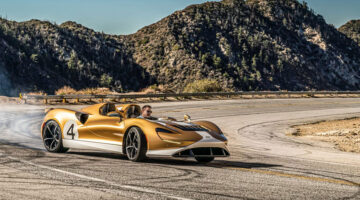 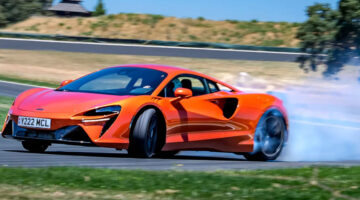