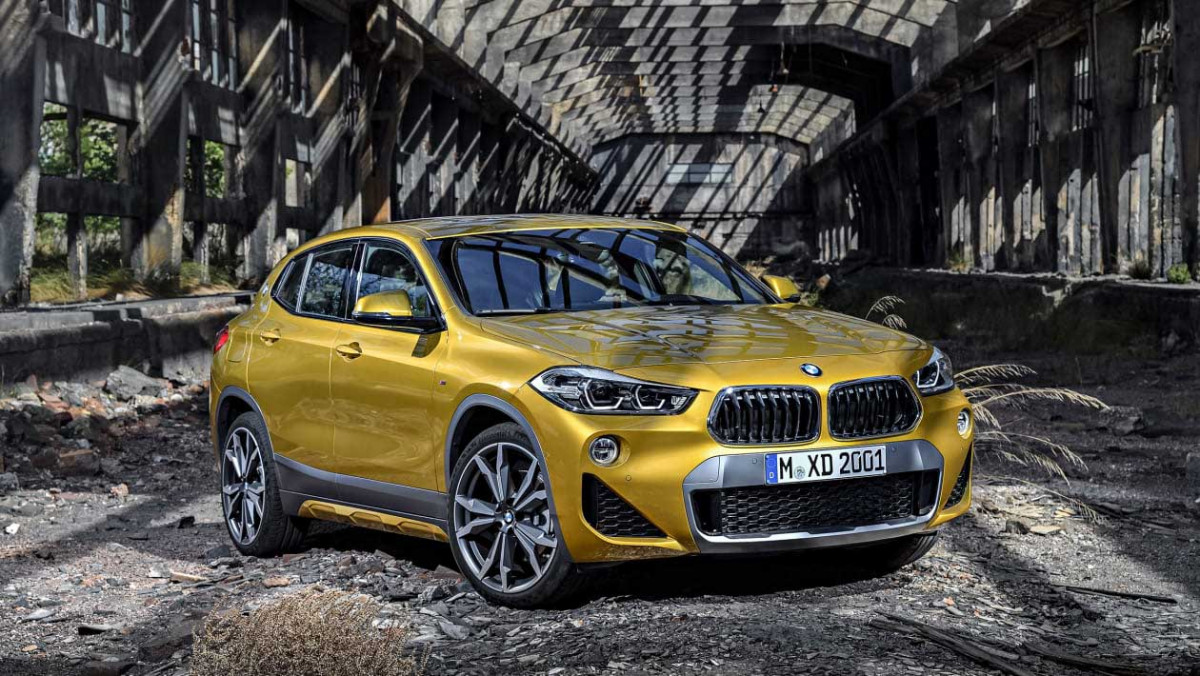 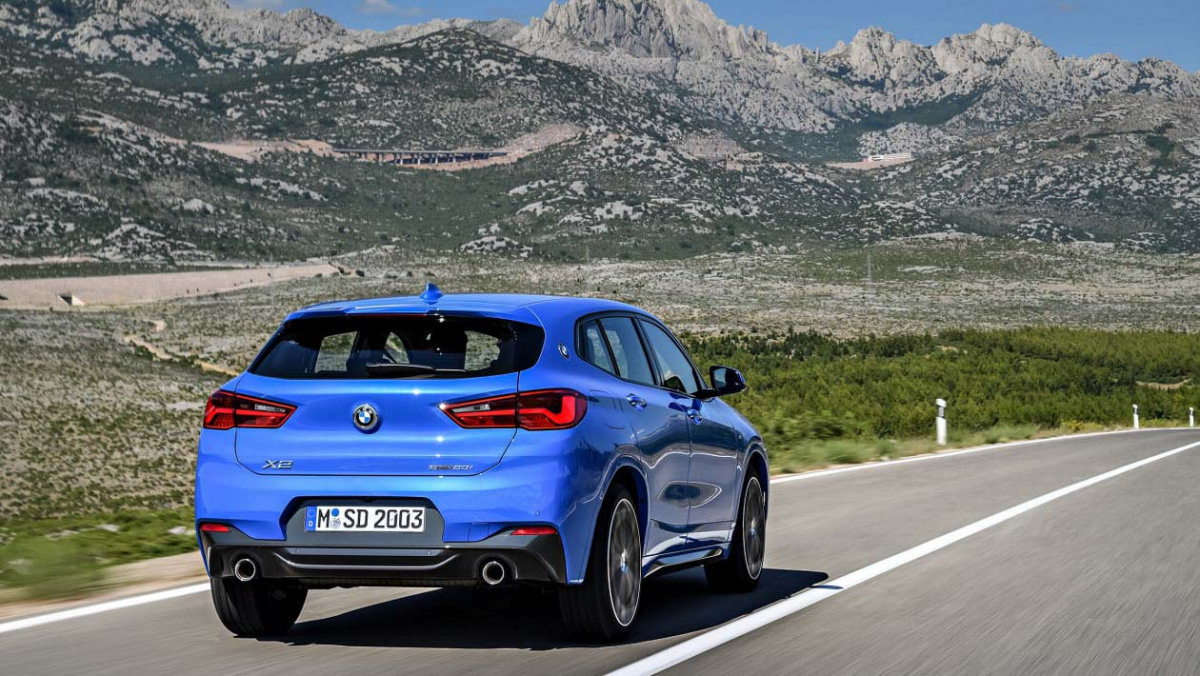 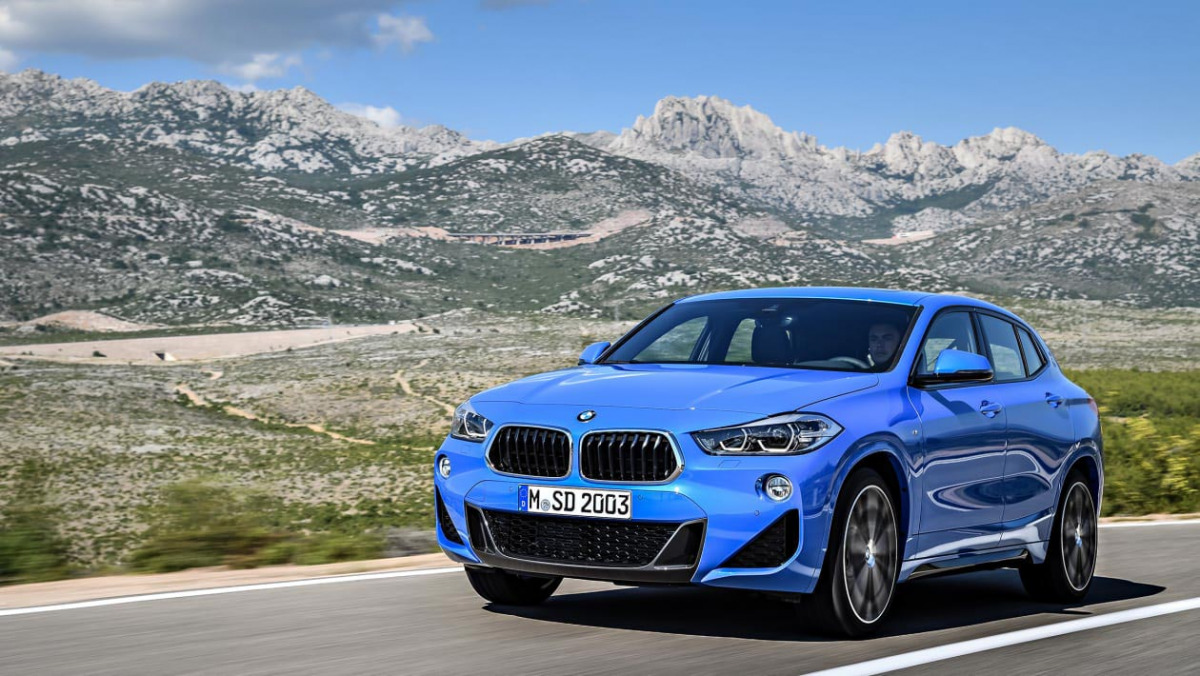 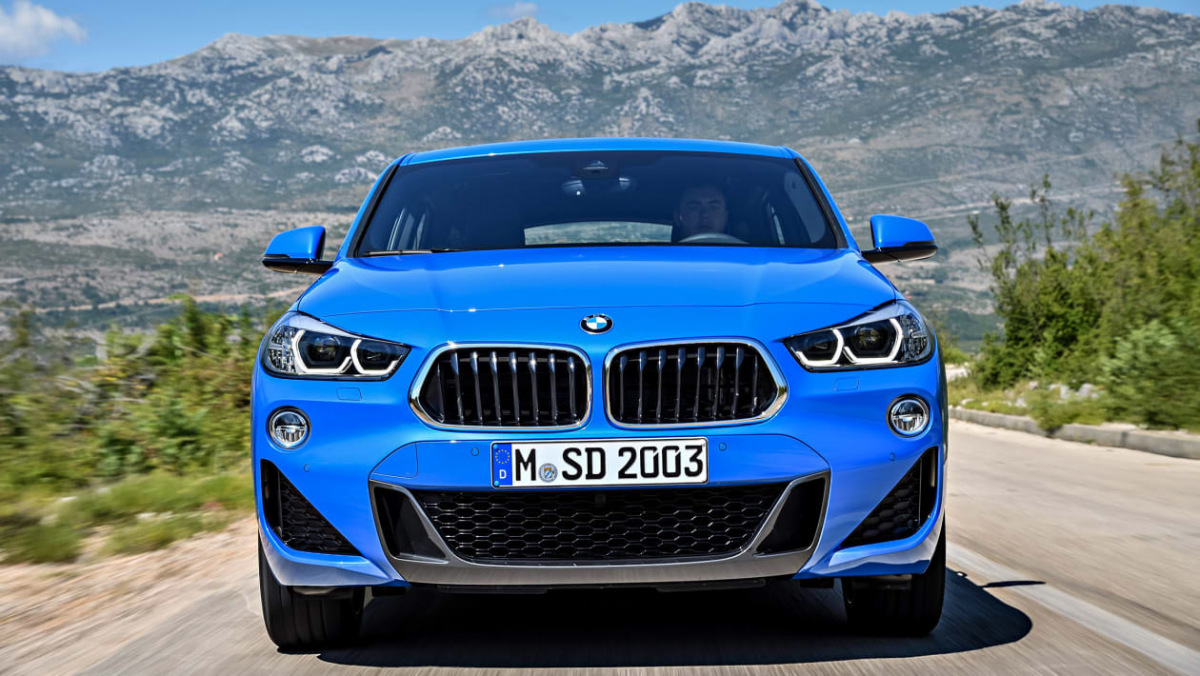 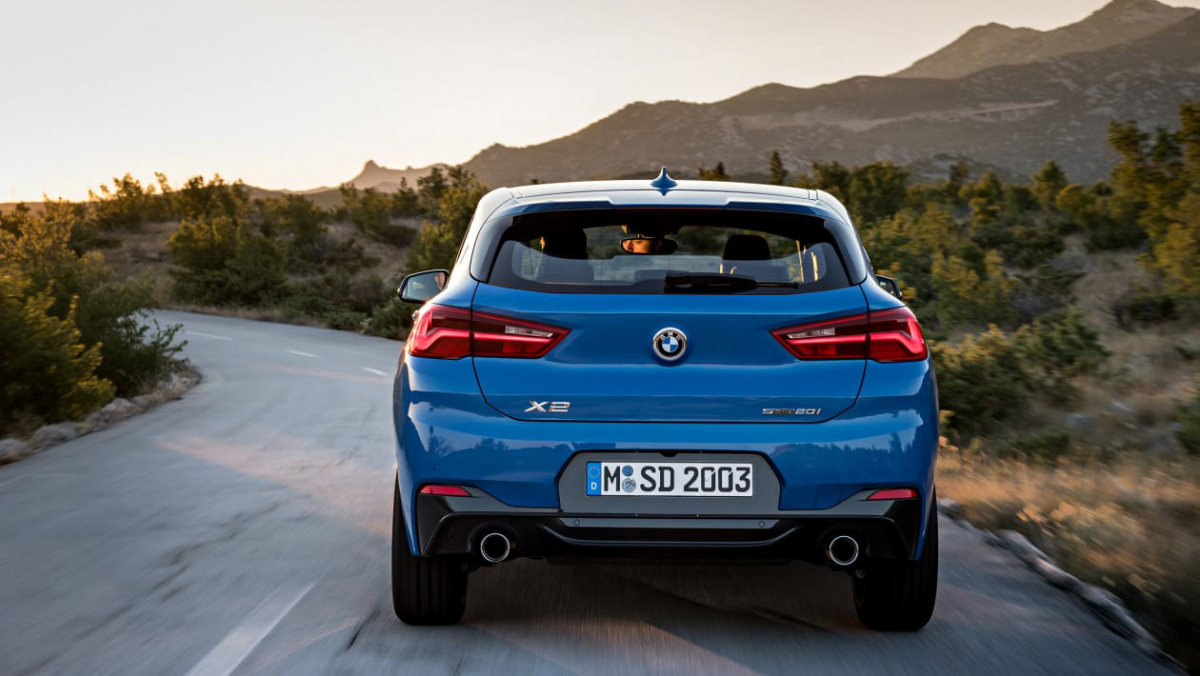 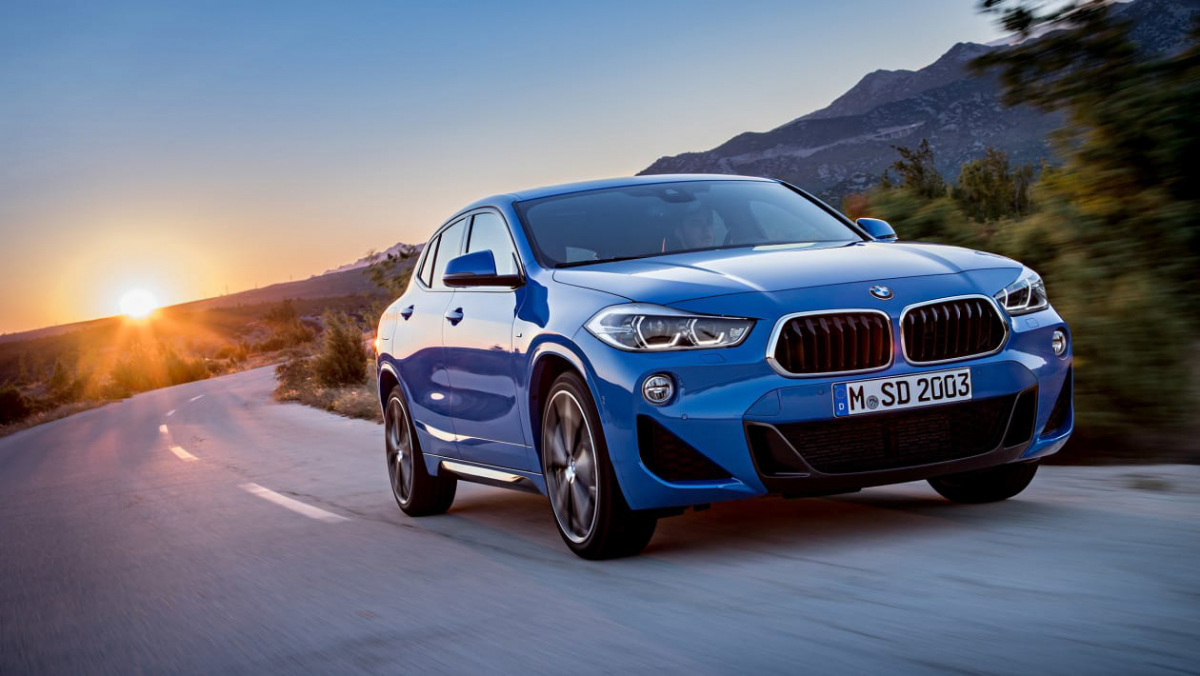 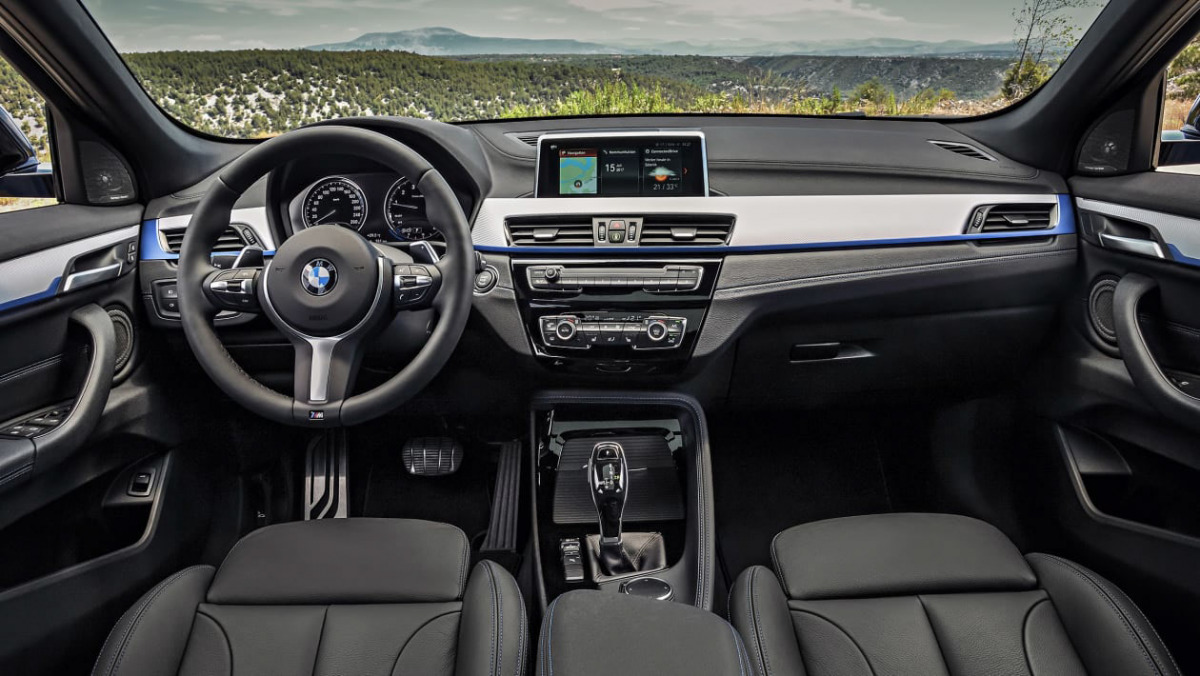 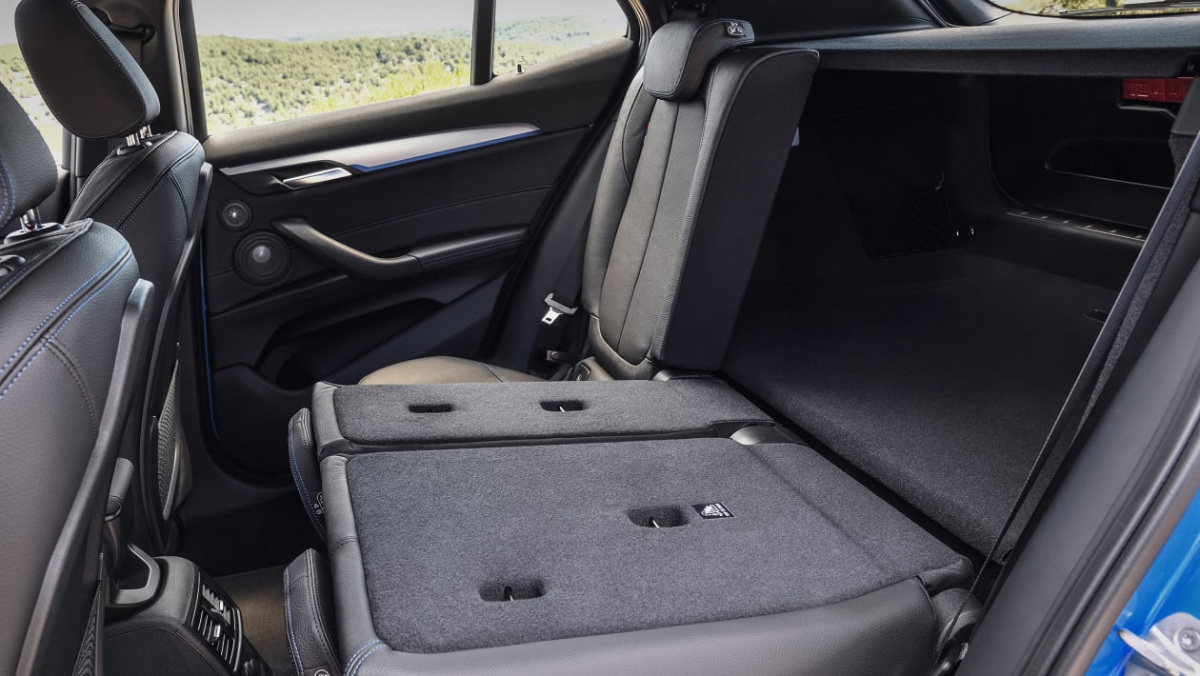 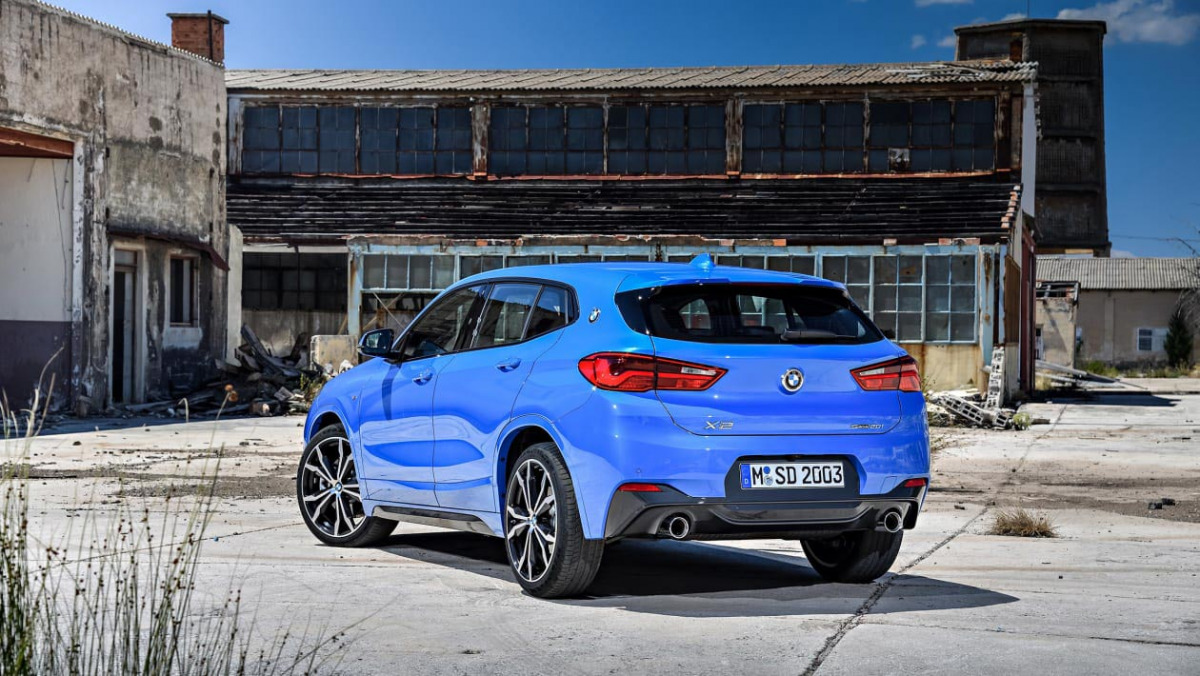 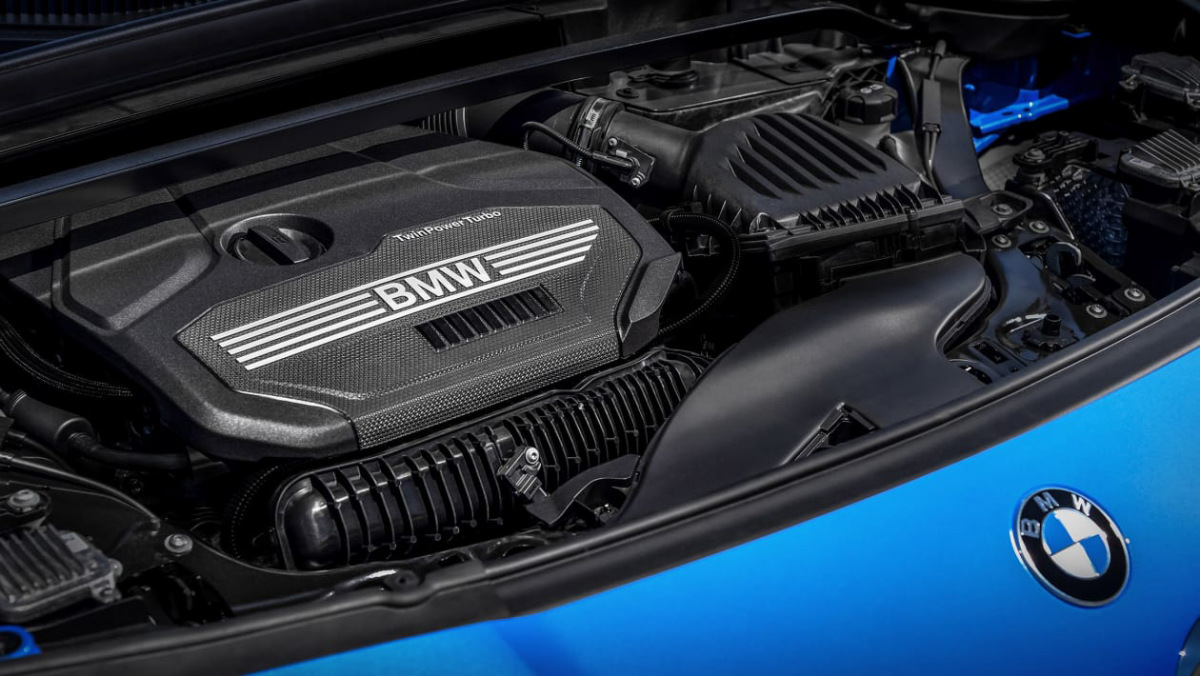 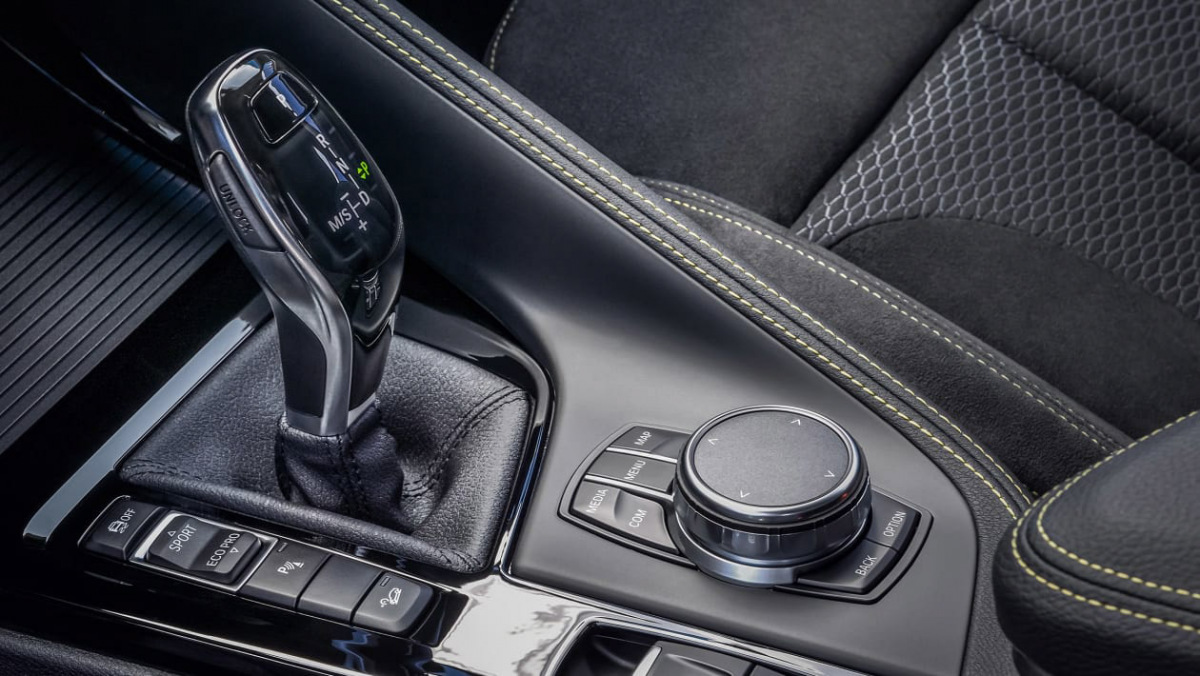 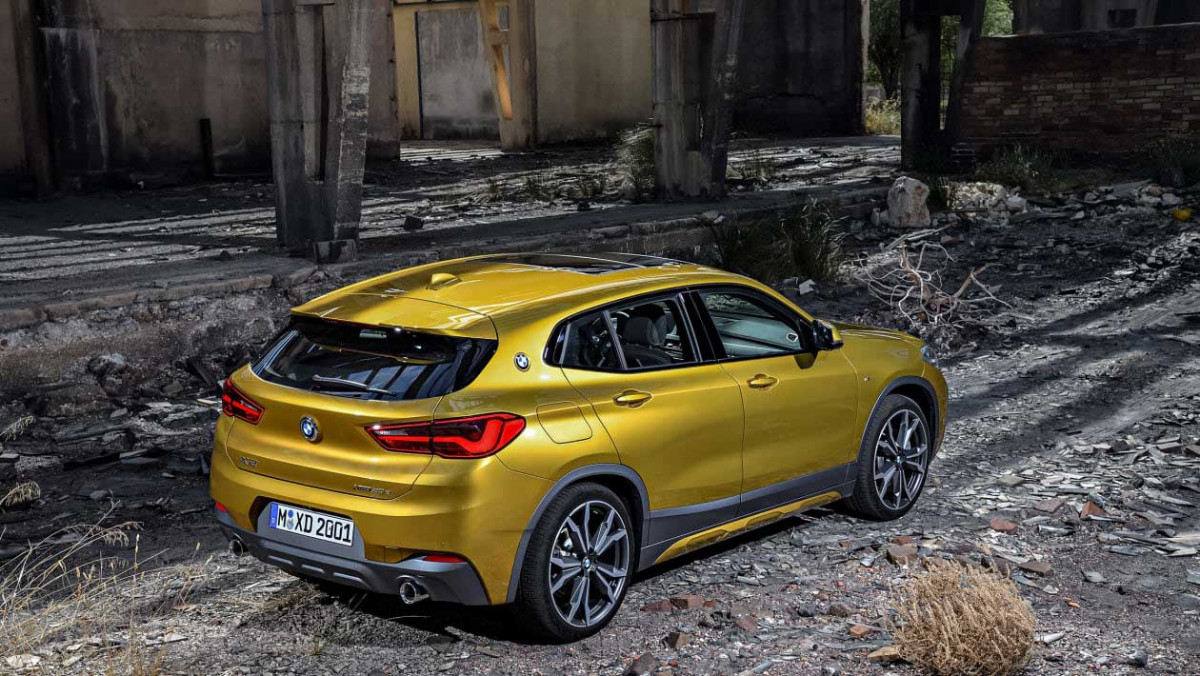 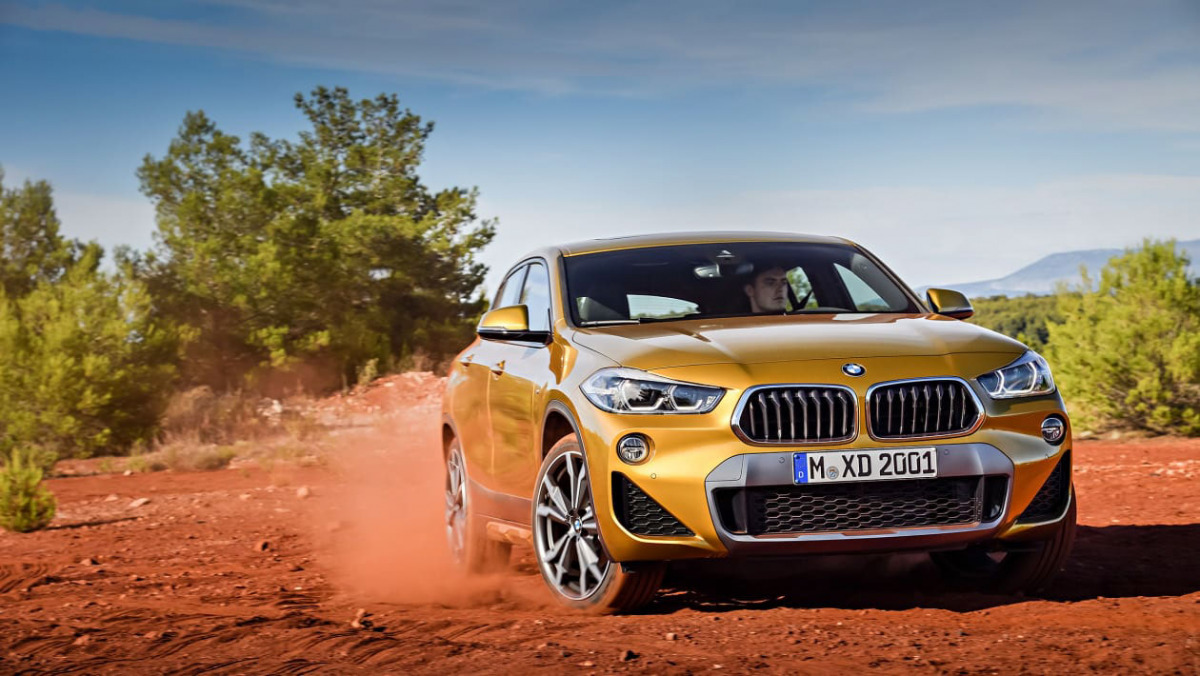 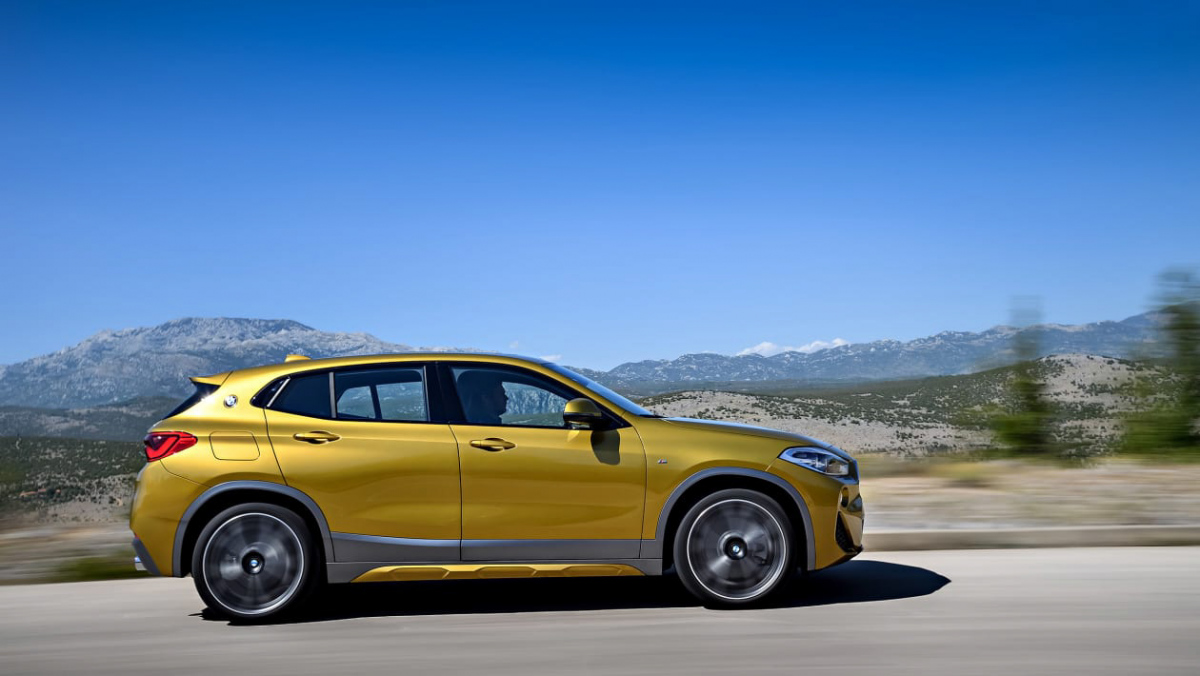 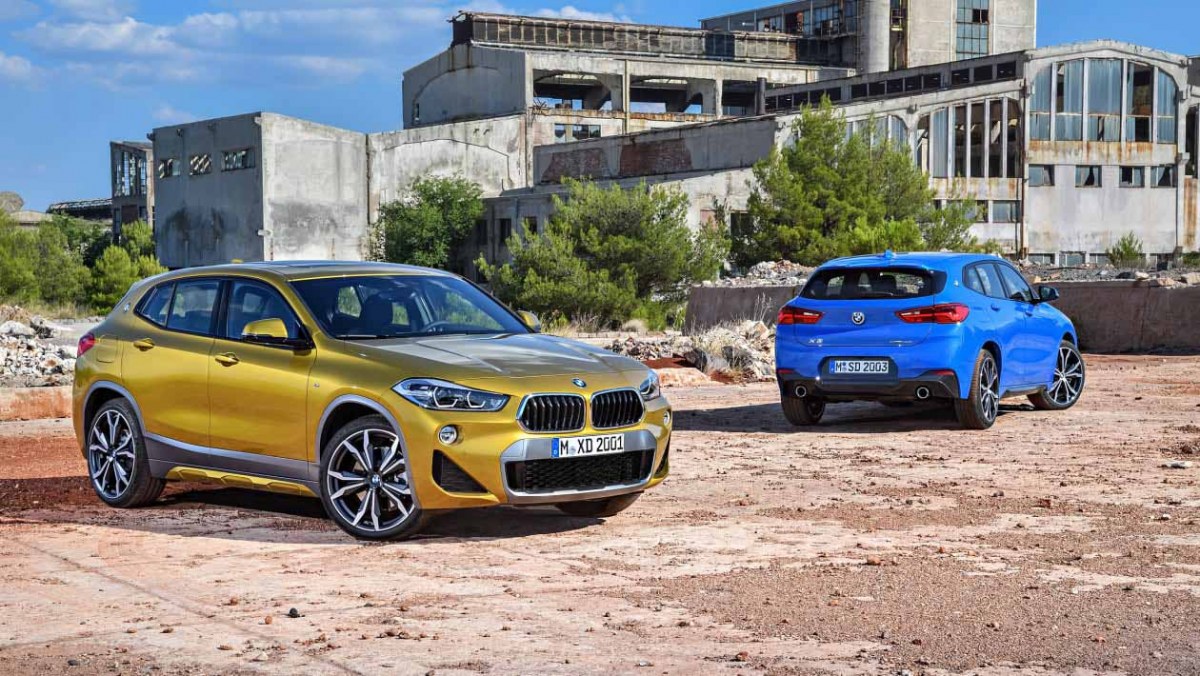 This is the BMW X2, a pseudo-coupe version of the BMW X1, itself an SUV based on the 2-series Active Tourer platform, which is little more than a bloated Mini, do you follow me? BMW’s prolific expansion into all market segments, existent or not, has just entered the compact coupe-SUV phase.

In BMW’s defence, the X2 joins two other coupe-SUV crossovers in the range, namely the X4 and X6. Like those two cars, the X2 compromises rear space for the sake of style, but unlike those cars eschews a droopy roofline for a boxier silhouette. Although it may not look immediately different to an X1, sit the two side by side and you’ll see a taller belt line has accompanied the significant 70mm roofline drop. The overhangs have also shrunk, giving the X2 a more aggressive wheel at each corner stance.

Most of BMW’s trademark design features have remained, only with a new spin, such as the downturned trapezoidal kidney grille and barely recognisable Hofmeister kink. To remind you that the X2 is, in fact, still a BMW, it has even seen fit to apply a BMW roundel on each c-pillar; a throwback to classics like the 3.0 CSL says BMW. 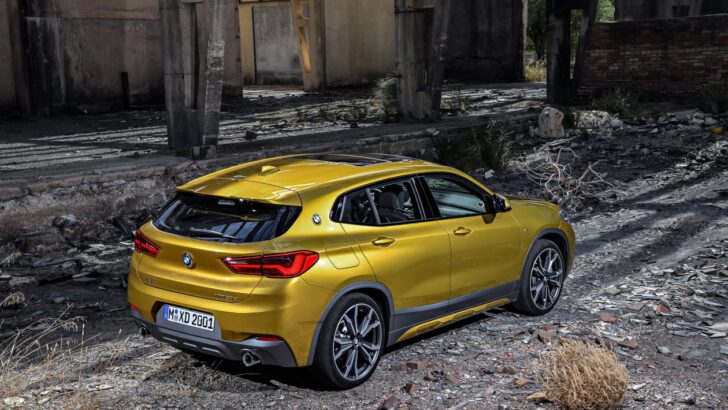 Powertrains will mimic the X1, starting with a 138bhp 1.5-litre three-cylinder sDrive18i and eventually topping out with the 227bhp 2-litre twin-turbo diesel xDrive25d. All-wheel drive is available on selected models, as is an eight-speed automatic transmission (or seven-speed dual clutch on front-drive petrol models).

BMW will also be introducing a new spec level on the X2 called M Sport X. On top of the usual road-biased M Sport styling tweaks, the M Sport X swaps out the body-coloured wheel arch trim and sills for contrasting grey units as was seen on the X2 Concept. Wheel sizes will start at 17-inches, but M Sport and M Sport X models will have 19- or 20-inch units giving you an idea of the on-road bent BMW has instilled in the X2.

As with the chassis and drivetrain, the interior is mostly unchanged from the X1, aside from offering a few new colour and trim options. The basic dash design is ergonomic and practical, although it still lacks the edge of even mainstream rival offerings like the Peugeot 3008. The iDrive infotainment system is still top notch though, only really rivalled by Audi’s MMI system as used in the Q2. 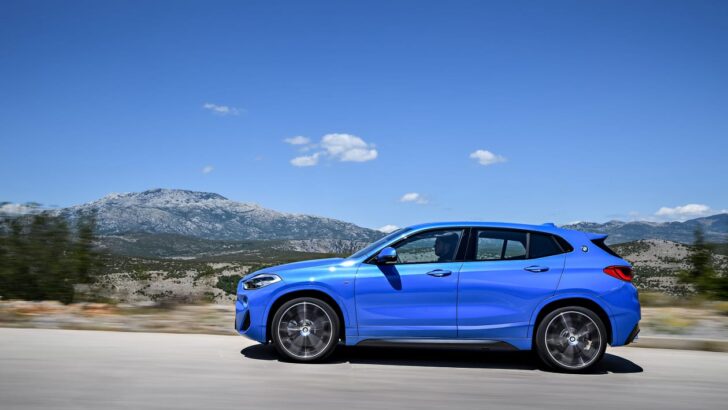 We expect the lower centre of gravity to also aid the X2’s driving experience and if the X1 is anything to go by could be the most sorted handling compact SUV when launched. Expect a slight premium on the X1’s $33k starting price, putting it a few grand up on the Audi Q2 and Mercedes GLA.