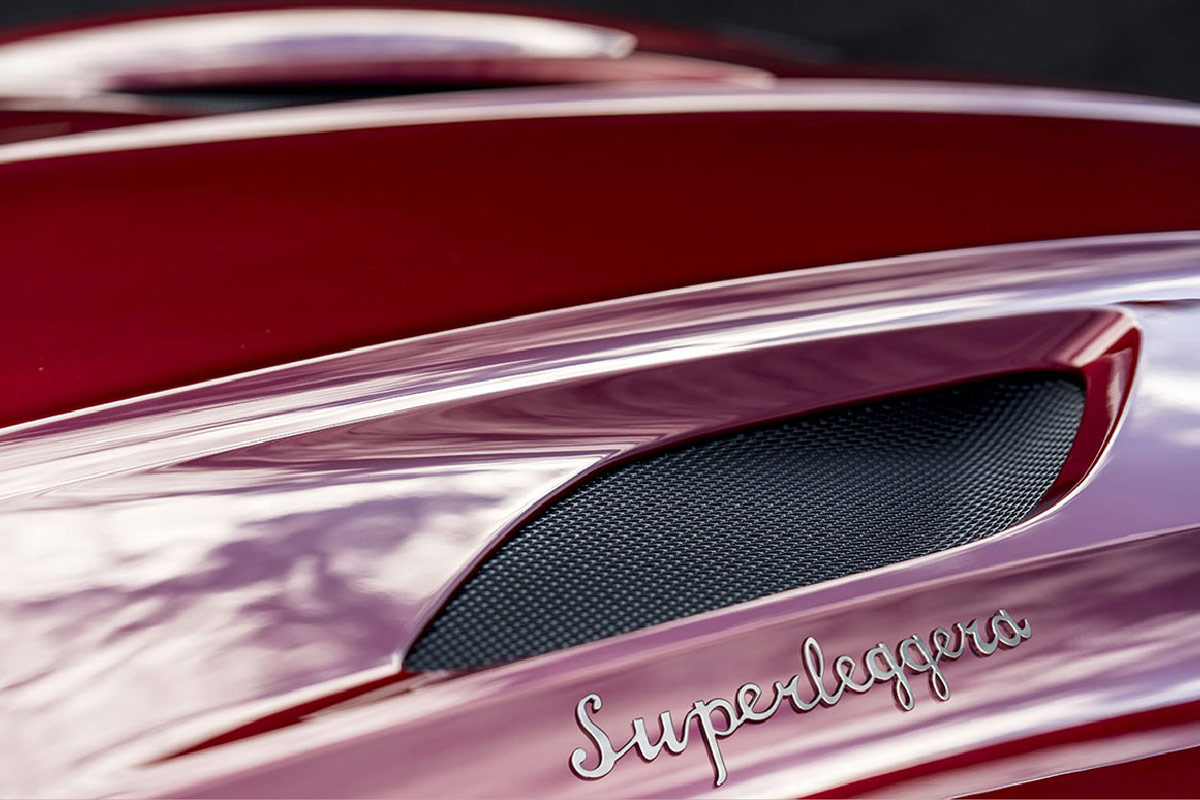 Aston Martin has revealed that its forthcoming Vanquish replacement, due to be unveiled in the second quarter of 2018, will be known as the DBS Superleggera. While Aston Martin’s range-topping supercar has worn the Vanquish and DBS model designations alternately since 2001 (when the first Vanquish was released), the appearance of the Superleggera name is a first here.

Already seen testing at the Nürburgring and in colder climes, the supercar won’t be a complete surprise when it’s revealed in full. Design cues drawn from the DB11 will feature, however, a much more aggressive aesthetic — befitting of a supercar — will be adopted. That’s why aero elements such as the front splitter and diffuser will likely be carried over from the spied prototypes to the finished product – just as the pair of bonnet vents have been (see the image). Similar to those seen on the DB11 V12, the vents perhaps indicate the DB11’s twin-turbo 5.2-litre V12 will power the DBS Superleggera, too – albeit in a higher state of tune.

Aston Martin is yet to divulge any performance stats for the DBS Superleggera, however it’s fair to assume power will be in the region of 700bhp, which would put sufficient daylight between it and the DB11 V12 which produces 600bhp. A power bump is also necessary to cement the DBS Superleggera’s supercar status, placing it alongside the likes of the Ferrari 488 GTB and McLaren 720S.

As per previous DBS and Vanquish models, a Volante variant is expected to follow the coupe to broaden the DBS Superleggera’s appeal, however that is yet to be confirmed.

The new DBS won’t be the first Aston to bear the Superleggera name: DB4, 5 and 6 models benefited from the lightweight ‘Superleggera’ construction technique employed by Touring, the Italian coachbuilder, which has a long been associated with Aston Martin.

Aston Martin hinted the return of the Superleggera moniker is in more than just name, implying extensive efforts have been made to keep the weight of the new car down. As such, carbonfibre may be used to form body parts, such as the bonnet, roof and boot, just as on the outgoing Vanquish S models.

Talking on the announcement, Chief Creative Officer Marek Reichman, said, “When you hear the name DBS Superleggera, you know what it is. It’s the definitive Aston Martin Super GT. It’s an icon, a statement and this one will be no different. We’ve pushed the boundaries of performance and design to give this car a distinct character and ensure it’s worthy of the heritage and weight that this name carries”.