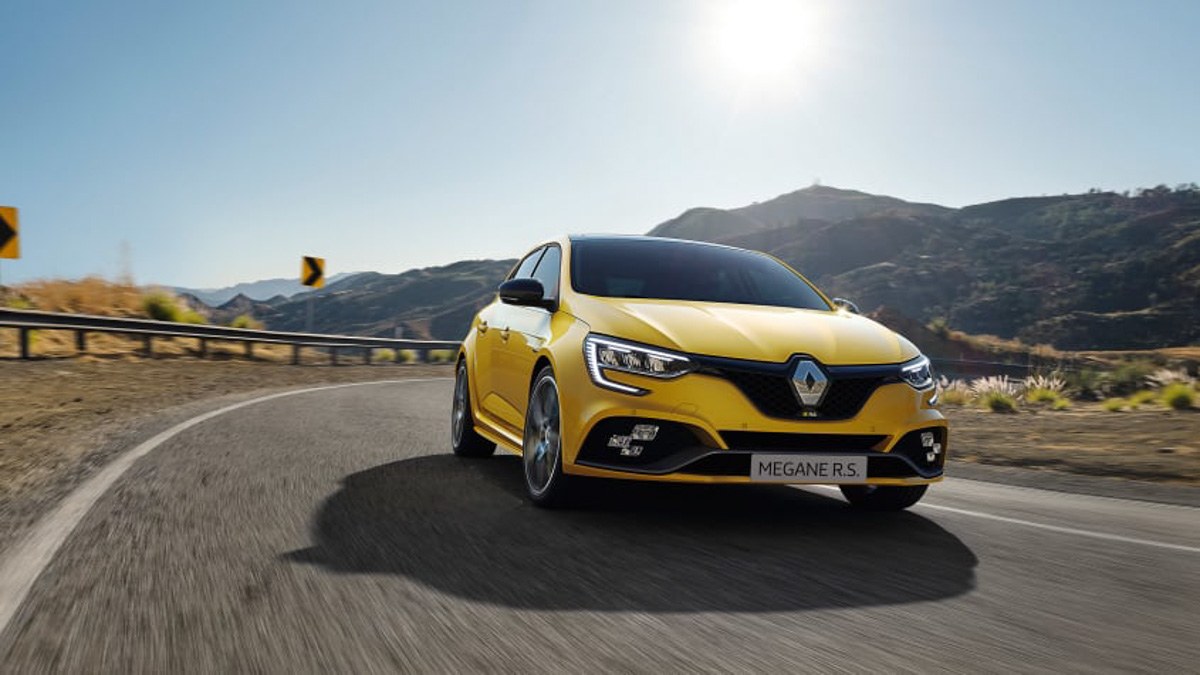 Renault has revealed a new Mégane RS alongside its Mégane hatchback and estate siblings that will be revealed to the public at the 2020 Geneva motor show.

The changes start with good news for Renault Sport fans, as all versions of the Mégane RS now utilise the 297bhp turbocharged 1.8-litre four-cylinder that was previously specific to the Trophy model. The entry-level Mégane RS is now no longer available with the previously optional Cup chassis, keeping it specific with the more supple Sport chassis that we actually prefer.

The Cup chassis is still available in the Trophy, which regains its place at the top of the Mégane RS range now that the limited-edition Trophy-R is off-sale. Both models are still available with either a six-speed manual or dual-clutch automatic transmission, but the polarising rear-wheel-steering system stays in place on all models, rather than diverting away from it as was the case with the Trophy-R.

Aesthetically the changes have been kept to a minimum, with a new 19-inch wheel design on the Trophy, and fresh LED lighting elements front and rear keeping the car in line with the remaining model range, which has undergone a more substantial update with new bumpers, wheel designs and colour choices.

The interior has been through an equally subtle set of physical changes, but does include Renault’s latest infotainment system borrowed from the new Clio, while the screen and physical dial combination of the driver’s display has been replaced with a new 10.2-inch high-resolution screen with more functionality built in.

As for the standard Méganes, if you’re so inclined Renault has also revealed a new plug-in hybrid variant called the E-tech that combines a 1.4-litre four-cylinder petrol engine with two electric motors. The battery pack is a mere 9.8kWh (a Tesla Model S P100 has ten times that for reference), yet thanks to continued EV development from its range of electric cars, Renault has confirmed the Mégane E-Tech is able to travel up to 65 kilometres on battery power alone in urban driving – an impressive figure given its dinky battery capacity.

We’ll see the car in the flesh at the 2020 Geneva motor show, with sales commencing later this summer. Remembering that the new Mégane RS will be joined by a refreshed Honda Civic Type R, an all-new Cupra Leon and various forms of Golf GTI and the Golf R later this year, 2020 is quickly gearing up as a great year for the mid-size hot hatch.