Mini has revealed a buggy and rally car to contest the Dakar Rally that starts in Lima, Peru on January 6 2018. The duo, built in conjunction with long-time partner X-raid, differ in their approaches to attacking the two-week long event. The Mini John Cooper Works Buggy is underpinned by a rear-wheel drive platform, while the Mini John Cooper Works rally car runs all-wheel drive.

Those familiar with the Dakar Rally will recognise the Mini John Cooper WorksRally, which entered the event last year finishing in sixth place. However, the concept has been revised ahead of this year’s South American-based rally, where it’ll be joined by the buggy – which is making its debut.

Both vehicles employ 3-litre twin-turbo straight-six diesel engines based on the B57 architecture used in BMWs including the BMW 5-series and 7-series. This specific application offers 335bhp and a substantial 590lb ft of torque.

The buggy’s exterior bodywork, a combination of CFRP and Kevlar, was the result of a collaborative design effort between X-raid and Mini Design. It covers a bespoke, tubular steel frame engineered to withstand over 8050km worth of brutal racing and, crucially, to offer maximum protection for the drivers and co-pilots. 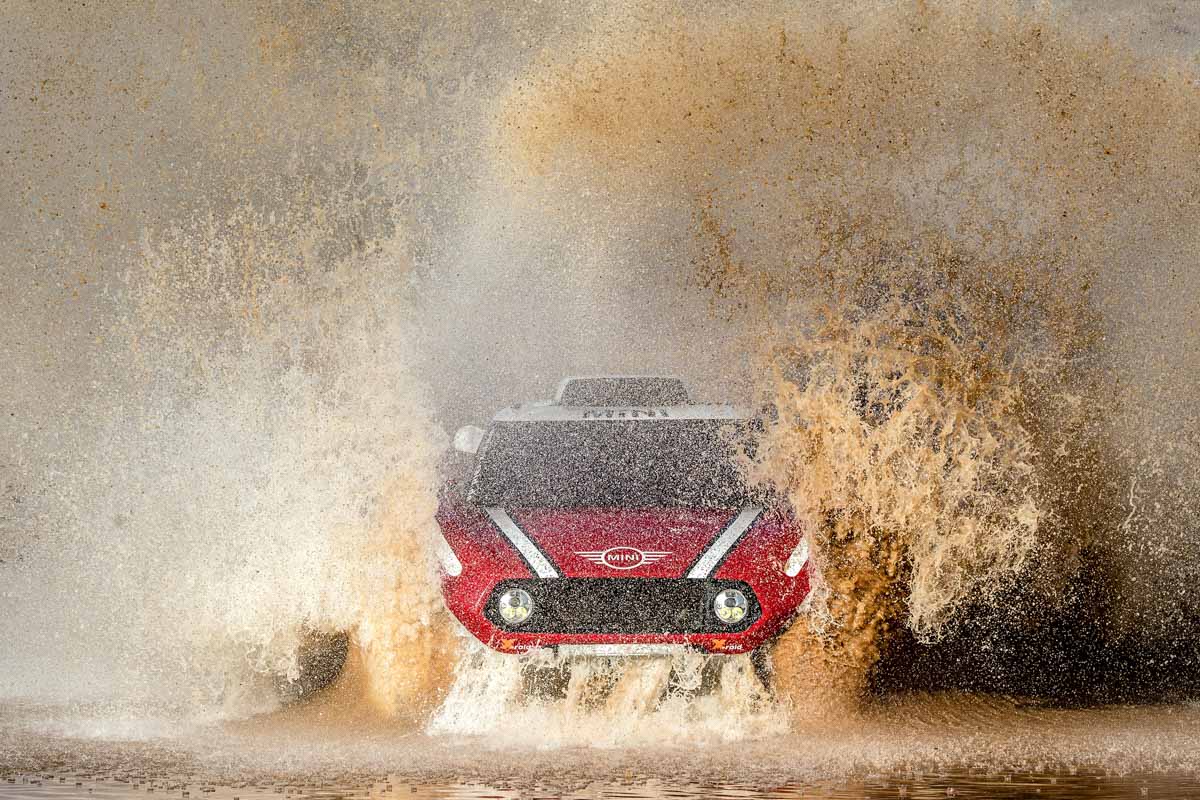 While four-wheel drive seems the logical choice to tackle the tough terrain, Mini opted to field the rear-wheel drive Buggy to take advantage of the regulations governing drivetrain configurations. In short, the rules have been written to bring performance parity between two-wheel drive and all-wheel drive cars. Talking about the Buggy, X-raid Team Manager Sven Quandt said, ‘this has been the biggest project in our company’s history so far and we have worked extremely hard at it’.

Despite the John Cooper Works Rally being the older of two cars, it has not been ignored going into this year’s event: the chassis construction has been revised permitting greater suspension travel and weight is down too. Referring to the Rally, Team Manager Sven Quandt said, ‘There are tracks and types of terrain where an all-wheel drive has advantages. What is more, our car is extremely reliable’.