It’s got the most powerful production 2-litre turbo engine ever in it. But is the Mercedes-Benz A45 AMG any good?

We cannot display this galleryNever mind the fact that this is Mercedes-Benz entering a new segment. Never mind the silly graphics on our test A45 AMG. Let’s get straight in and look at that horsepower figure – three hundred and fifty five. In a hatchback. Oof.

It doesn’t seem that long since a 200bhp hot hatch was pretty scorching, but the game has moved on and Mercedes has decided that now is a good time for it to bring the most fiery model of its revamped A-Class range to market. The A45 gets its substantial grunt from the most powerful 2-litre turbocharged engine in production and runs it through a seven-speed double clutch transmission into an all-wheel drive system to get around the perennial hot hatch problem of torque steer.

The powertrain is contained in a familiar-looking A-Class shell, but with added aggression, as you’d expect from AMG. All A45s have wider air intake at the front and more sculpted lines, and our test car ups the visual noise even more. It’s equipped with a plethora of extras including an aerodynamics package (hence the rear wing), and the Edition 1 package that includes the 19-inch multispoke alloys, special seats and uprated steering wheel. I could do without the graphics and spoiler kit, but the seats are more than worthy of the AMG brand, and the steering wheel’s a stylish Alcantara-lined number. 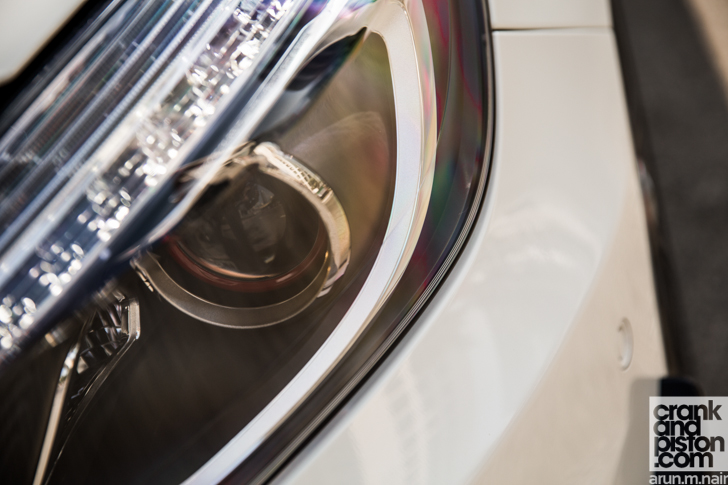 The rest of the interior is familiar Mercedes AMG fare, which is to say it takes inspiration from the SLS AMG – Affalterbach-branded gearknob, propeller-style air vents, carbonfibre-effect material on the dash and so on. All the usual luxuries are available, including an excellent Harmon Kardon surround sound system, so it’s immensely practical – to sit in, at least.

But how does a 355bhp hatchback feel on the road? At low speeds, pretty restrained, although the suspension is very stiff, so speed bumps must be taken at a crawl if you value your vertebrae and bump stops. Get out onto the open roads and open up the throttle though, and the restraint vanishes. Unsurprisingly, the A45 is seriously rapid. With all-wheel drive there’s no tugging on the steering wheel under full acceleration, there’s just low-down torque and continuous go-go-go. The accompanying noise isn’t as textured and orchestral as we’re used to from AMG, but with half the usual cylinders that’s not really surprising. That said, it’s a pretty good approximation, with an exhaust note that still proudly proclaims the car’s credentials. 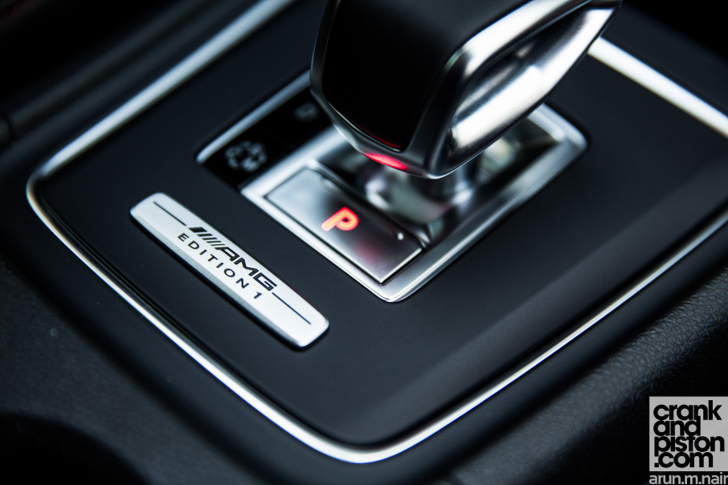 The interesting feature about the A45’s acceleration is the manner in which it’s delivered. It’s undoubtedly fast – faster than any other hot hatch – but it doesn’t quite feel all of its 355bhp and there’s not quite the drama I expected. It’s more efficient than edgy, which may well be what customers will desire – perhaps there’s room for a Black Series version or similar in the future that will add a bit more lunacy?

Through the bends, the A45 is immensely capable and fast, the stiff chassis suddenly paying off, with great composure stacks of grip. Maybe even too much grip actually – one of the joys of hot hatches is being able to throw them around and feel the car wiggle at the limits of adhesion, but you really have the chuck the A45 about to get it to shake its hips. I’ve not doubt that on track it’ll make for excellent lap times, but on the road… well, once again I just wanted a fraction more drama. I found myself being very impressed with it, but not that excited. The steering is solid, the feel good through both hands and backside, and it’s easy to tell what each wheel is doing. The double-clutch gearbox is efficient and fast too, and the brakes excellent.

Yes, I have some minor niggles, but this is still a record-busting, well-built and superbly engineered machine that Mercedes should be applauded for. Drive one, and you’ll like it, as I do, despite my picking. 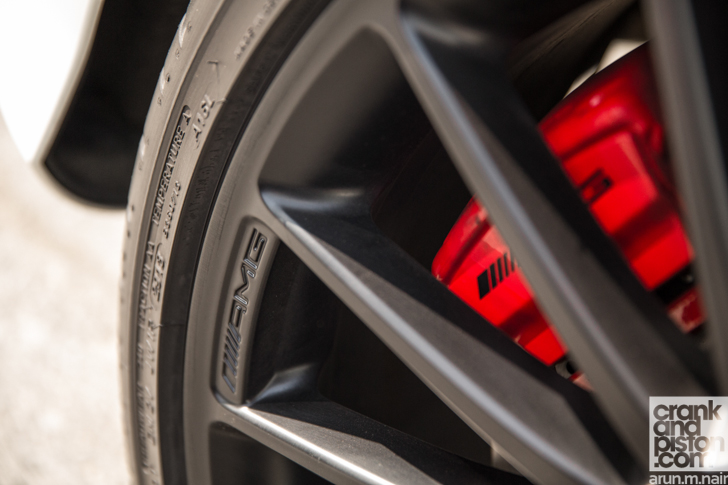 But there’s a bigger problem, and it’s the price. There’s no doubt that the A45 AMG is an engaging and entertaining machine, but with a base price of $50,600, or $67,082 for the fully loaded test car you see here, it’s very expensive. You could buy two of the latest Volkswagen Golf GTIs for that money, and while the Merc is faster and has a more prestigious badge, the Golf is just as much fun and more usable on the road. If you do have such a budget spend on a performance car, you’re well into Porsche Cayman territory. With that in mind, it’s sadly rather hard to recommend the A45 unless you’re wooed by its power, name and focus. We wouldn’t blame you if you were, however.