AMG directly targets Audi’s S3 with the first A35 saloon 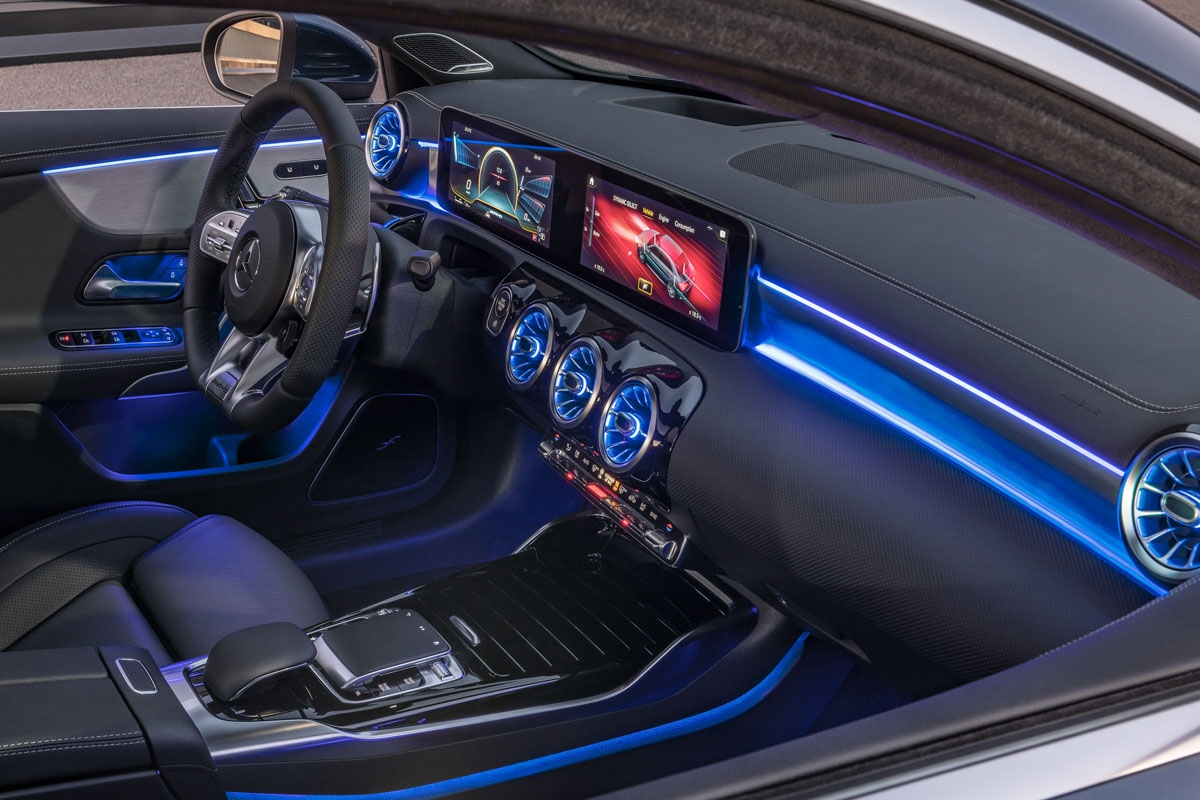 Mercedes-Benz has revealed a new, somewhat predictable, saloon variant of its A35, aiming it directly at the Audi S3 saloon. AMG is introducing the A35 saloon as the entry point into the AMG saloon range, appealing to new customer groups, not to mention saloon-biased markets such as the USA and China.

Unsurprisingly, the A35 saloon shares all of its technical hardware with the hatch, starting with the turbocharged 2-litre four-cylinder engine powering all four wheels through a seven-speed dual-clutch transmission. Power and torque figures are identical to those of the hatch, the engine producing 302bhp at a rather lofty 5800rpm, and 295lb ft of torque between 3000 and 4000rpm.

The engine itself is the same unit as used in top-spec A250 models, but here features a new twin-scroll turbocharger, a bespoke intake manifold and active exhaust system, with dual rear exhaust outlets, as found on the A35 hatchback. Performance figures also match those of the hatchback, reaching 100kph in 4.8sec, eventually topping out at a limited 250kph.

The all-wheel-drive system is a haldex-like front-biased system, with the bulk of the engine’s power driving through the front wheels, only shuffling power towards the rear when required. The steering has been reprofiled compared to the standard A-class saloon, and features a variable steering ratio with two distinct curves depending on the drive mode selected.

The beefed-up brake set-up has also been borrowed from the hatch, comprised of four-piston front calipers gripping 350mm front discs, and one-piston sliding calipers on the rear on 330mm discs.

The suspension set-up is also identical to the hatchback’s, with the usual combination of MacPherson struts on the front axle, and a multi-link rear, which is rigidly mounted to the body for improved road feel and stability.

An optional AMG Aerodynamics Package is also available to give the small saloon a tougher stance, but keep your spec subtle and the A35 could almost be any other AMG Line-specified A-class saloon, which depending on your taste can be both a good or a bad point. Interior upgrades, including the AMG sports steering wheel, are also in line with the hatch and combine with the standard A-class’s impressive MBUX infotainment system and innovative interior design.

Local pricing and availability have yet to be released, although we expect prices to start a tad under $45k, around $800 more than the equivalent A35 hatchback. This will not replace AMG versions of the new CLA, with that model also bound to be available with this entry-level AMG powertrain in the near future.