McLaren Speedtail is the name for BP23 ‘hyper-gt’

Faster than the F1, the next Ultimate Series McLaren is to be known as the Speedtail

McLaren’s next ultra-limited ‘Ultimate Series’ hypercar is to be called the Speedtail when it is finally revealed later this year. Previously known as the BP23, the new ‘hyper-GT’ has been designed specifically to be the fastest McLaren ever.

McLaren says that the Speedtail will eclipse the iconic F1’s top speed of 391kph, making it the marque’s fastest-ever production car and put it among the fastest supercars of all time full stop, but unlike the track-focused McLaren Sennarevealed last year (and whose 500-unit run is already sold out), the Speedtail will be more of a grand tourer, matching huge performance with luxury.

As part of that luxury focus, there will be a greater emphasis on bespoke finishes and materials through McLaren’s MSO department, ensuring each of the finished builds are as varied and bespoke as their owners.

Like the Senna, the Mclaren Speedtail is already sold out – 106 cars were allocated, matching the 106 McLaren F1s originally built, at $2.11 million plus taxes (and options) apiece.

Alongside confirmation of its name, McLaren has also revealed a new sketch, previewing the Speedtail’s sleek, cab-forward silhouette. There have also been two prior sketches revealed, including another exterior view that illustrates the sleek, long-tail styling quite unlike that of McLaren’s current products, as well as two stylised interior views – a driver’s-eye cockpit view and a birds-eye illustration of the three-seat layout. 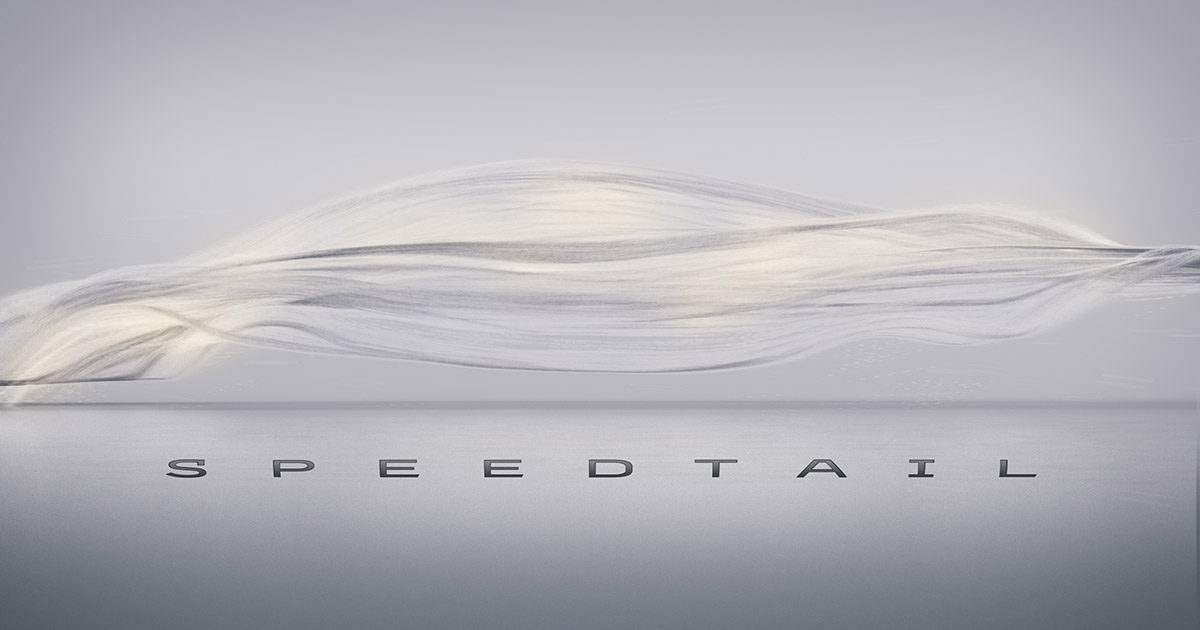 Development is well underway, but McLaren has yet to finalise some of the details of its no doubt much anticipated top speed run. With the VW Group-owned Ehra-Lessien out of the question – the venue where Andy Wallace achieved 391km/h, or 391kph in the F1 – the company is searching for other possible locations, from test tracks to stretches of closed road.

Finding a driver will be equally challenging, though one likely candidate is Swedish racer Kenny Brack, who serves as one of McLaren’s development drivers and who set a 6:43.2s lap at the Nurburgring Nordschleife in a McLaren P1 LM. With well over a quarter-century of technological improvements, any top-speed run will likely be less fraught than Wallace’s F1 run in 1998 – something he described later as giving him “seriously sweaty palms”.

The three-seat layout and luxury focus of Speedtail will make it heavier than its Ultimate Series stablemate, which weighs in at 1198kg dry, though with an “optimised” engine and a powerful hybrid drivetrain a power output approaching or exceeding 1000bhp is likely to help it punch to that 391kph-plus top speed.