It’s the lightest McLaren Automotive model yet, packs 803bhp and will cost from just under $1.9m 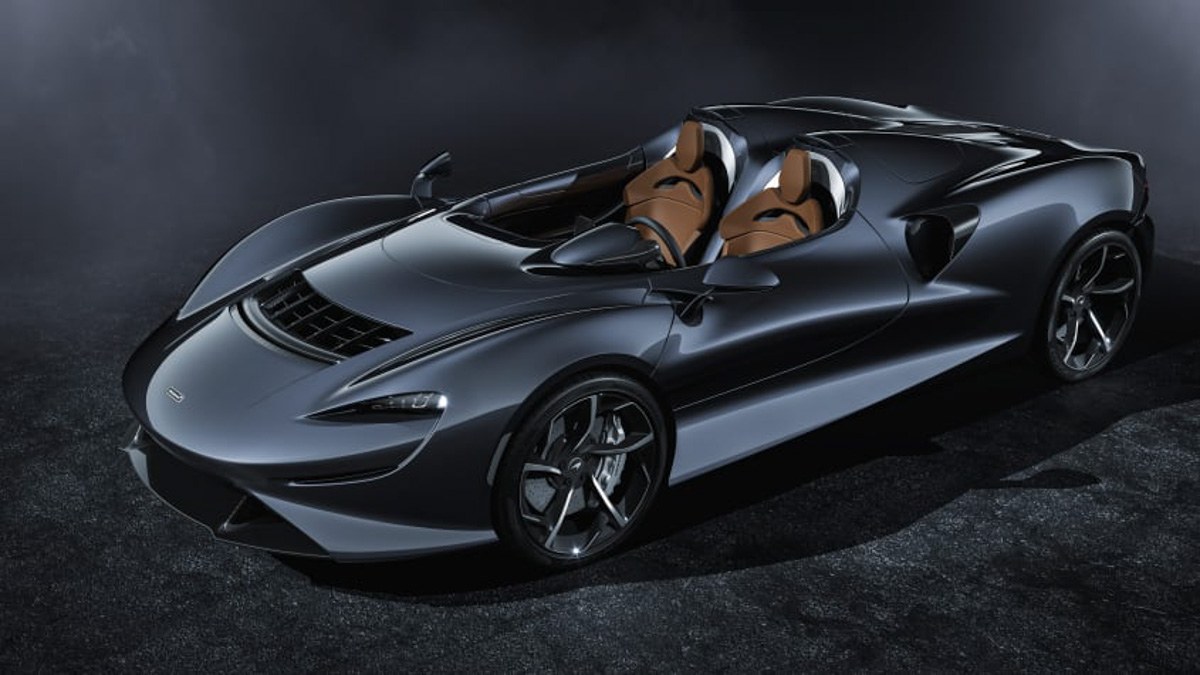 McLaren has revealed the next model in its Ultimate Series following the P1, Senna and Speedtail. Called the McLaren Elva, this new car is the first open-air Ultimate Series offering, indeed taking it to the extreme in being a completely roofless Speedster. The core technical ingredients are familiar, but where the Senna was designed to be track focused, and the Speedtail all about top speed, the Elva has been designed specifically for the open road – presumably on a sunny day.

The body itself is bespoke, with a design that follows McLaren’s current aesthetic, but takes it to a new extreme in the removal of its roof, side glass and windscreen. To keep the cabin calm at speed, McLaren has designed an air deflection system it’s calling Active Air Management System. It works by driving air into an inlet above the front splitter, and accelerating it out from a vent placed in front of the cockpit. As the air exits at high pressure, it deflects the airstream up and over the driver and cockpit. As the system diverts air away from the main intake, at low speeds when the system is not needed, it stalls via a moveable carbonfibre fin, diverting that extra airflow to the front-mounted radiators.

A fixed screen can be fitted if requested by the driver, so too a whole range of interior finishes including weatherproof leathers and breathable synthetic fabrics. Those after an even more bespoke finish can call on McLaren Special Options for an extended range of interior and exterior finishes, including a full carbon body finished in either clear or tinted lacquers. The weatherproof interior is bespoke, although many of the specific touchpoints and the infotainment system are familiar from other McLaren models. An interesting element are the air vents, which sit low down in the cabin so that air doesn’t get blown out into the airstream before reaching passengers.

Under the skin, McLaren’s trademark hydraulically cross-linked dampers and electro-hydraulic steering are featured, but as the Elva has been designed for road driving, rather than as a hardcore trackday toy, expect an extra layer of compliance dialled in to the suspension set-up. New are a 390mm set of carbon-ceramic brake discs, gripped by aluminium calipers with titanium caliper pistons – something unique to this model.

Powering the Elva is the same 4-litre, twin-turbocharged V8 found in the Senna and Senna GTR. Core elements, such as the dry-sump lubrication system and flat-plane crank design are carried over from lesser McLarens, but its power figure usurps even the Senna’s at 804bhp. This is partly thanks to the new exhaust system, that features some 3D-printed elements for certain particularly complex junctions within the manifold, and new mapping.  Torque peaks at 590lb ft, helping the Elva achieve a 0-100kph time of under three seconds, and 200kph in 6.7sec. This power and torque are then sent to the rear wheels via a seven-speed dual-clutch transmission, while there are no hybrid gubbins to be found. McLaren has not listed an official kerb weight, but has confirmed that the Elva is the lightest McLaren Automotive model yet (so that’s not including the F1), making it less than 1328kg – the weight of its next lightest model, the 675LT.

McLaren will built 399 units to order priced from $1,831,000, although we suspect few, if any, will actually leave the factory in what McLaren might call a basic specification.