Is this the most exciting member of The Management Fleet yet? This month we welcome the McLaren 650S.

While attending a recent McLaren PR event I thought I’d try my luck and throw out the idea of a 650S joining The Management Fleet, after all -as the old saying goes- if you don’t ask you don’t get. To my surprise, a few weeks later we received a phone call to confirm McLaren had decided to oblige our request. A cool exterior was maintained in an attempt to portray an image of the composed professional, meanwhile distinctly childish thoughts like “Yipeee!” and “Wohooo!” had filled my head. Based on my reaction I’m sure you’ve gathered I’m a fan of the McLaren and now I get to drive it every day as part of our long-term test.

And I do mean every day, as it’s my intention to find out what it’s like to live with the 650S as my sole mode of transport. While I know it’s a scintillating drive on a track or mountain road, I want to get beneath its skin and find out what this British supercar is like to live with and how it copes with the mundane aspects of everyday motoring. 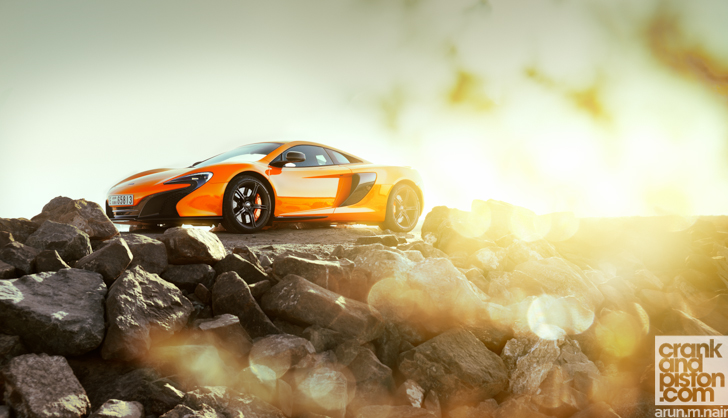 What isn’t mundane is the colour of ‘our’ 650S. Resplendent in McLaren Orange it isn’t exactly a shade that lends itself to blending in particularly well, and combined with the pop-up doors, I’m going to have to get used to the regular attention of others, a role I’m not particularly comfortable with. Don’t shed a tear for me though as I will have a 641bhp twin-turbo V8 to cheer me up. Mated to one of the best double-clutch gearboxes in the game, the McLaren shoots from standstill to the ton in 3.0sec, while 200kph flashes by in 8.4sec and it won’t stop till its claimed top speed of 333kph.

The last time I had a McLaren for an extended period of time it was a 12C, and I racked up a frightening number of speeding tickets, so one of my goals during the 650’s visit is to avoid the expensive punishment that comes along with those extraordinary performance figures.

What’s going to be an even bigger challenge though is keeping my colleagues away from the McLaren, as almost every time I’m in the office someone has come up with a ploy of some sort to justify why they will need to borrow the keys. So far I have managed to resist, but I’m not sure how long I’m going to be able to hold out. Looks like I’m going to have to work from home for the next couple of months.