The McLaren 650S GT3 claimed pole position at the 2016 Liqui Moly Bathurst 12 Hour following setting the fastest ever lap time, at the circuit. 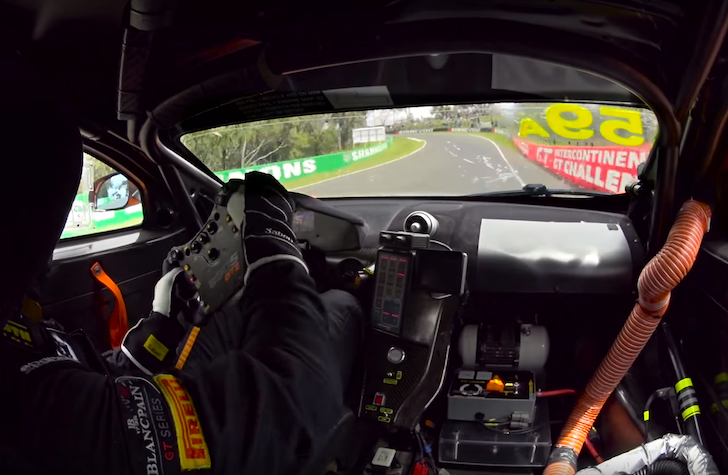 Greg Murphy eat your heart out. Memories of the Aussie’s Bathurst 1000 pole-grabbing lap in 2003 were shattered this weekend as Shane Van Gisbergen in the McLaren 650S GT3 took both pole position for the 2016 Bathurst 12 Hours as well as the fastest ever lap of the circuit.

Van Gisbergen’s #59 Tekno Autosports entry ‘toured’ the 6.213km Mount Panorama circuit in 2m 01.286s to claim the top spot in the event’s 25th running. The McLaren would also go on to take victory in its debut event, albeit by only 1.276s – after 12 hours of racing – over the #1 NISMO Athlete Global Team Nissan GT-R Nismo GT3. Bentley Team M-Sport’s #10 Continental GT3 rounded out the podium.

Of course, that’s not what you’re all here for. And yes, he gets pretty bloody close to the walls…

McLaren GT is the GT racecar-manufacturing arm of McLaren Group established to develop, build and support the GT racing and track derivatives of the 650S. Based in Surrey, England, at the former home of McLaren Racing, the company is responsible for the design, development and production of the 650S GT3 and the 650S Sprint. In the development, engineering and manufacture of the 650S supercar and 650S GT3 racer, McLaren Automotive and McLaren GT have partnered with world leading companies to provide specialist expertise and technology.