Though long since defunct, the Canadian-American Challenge Cup was amongst the most competitive of its era, tempting not only the finest from American open wheel racing but Formula 1 too. And among the most successful of these was McLaren, the British squad taking five championships on the bounce from 1967 to 1971 with the M6 and derivatives of the M8. It’s a record that only American powerhouse – and new F1 team owner – Carl Haas came close to equalling, drive Patrick Tambay sitting alongside McLaren incumbent Denny Hulme and team founder Bruce as the only men to claim the title more than once.

To celebrate the 50th anniversary of Bruce McLaren’s first Can-Am title in 1967, McLaren has revealed the limited edition 650S Cam-Am, of which only 50 will be made. Deliveries for both the coupe and spider iterations are set to begin next spring. 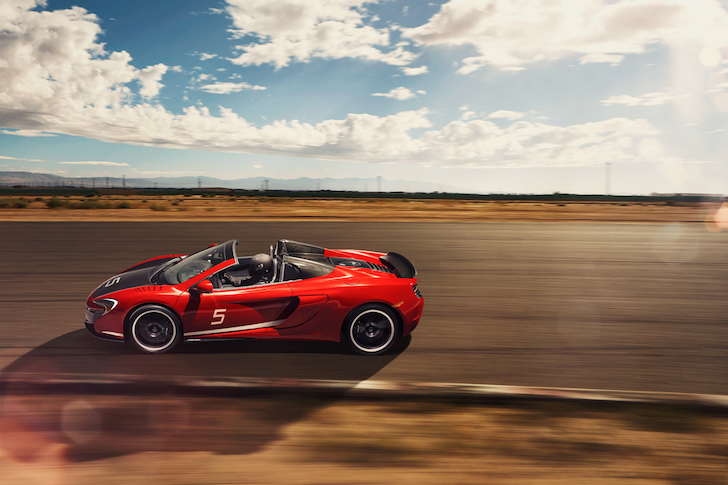 Performance remains the same, the Can-Am retaining the 641bhp 3.8-litre twin-turbo V8 of its 650S base model, plus 329kph top speed and three second 0-100kph time. Key changes are therefore reserved for the look, notable elements of which include a carbon fibre louvered front wings, a new carbon fibre rear grille, and a new quad-exit, polished stainless steel exhaust system for a more ‘unique soundtrack’.