The Lotus Emira is one of the most exciting cars of 2022, and we’ve had an early drive in a close-to-production prototype 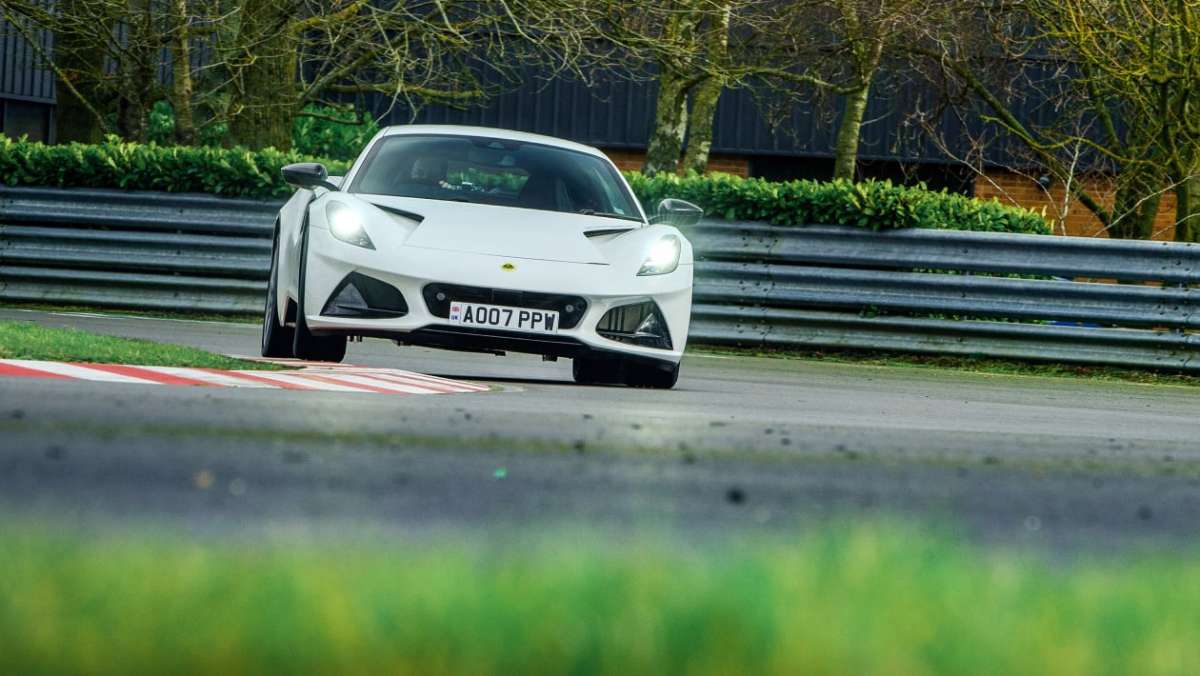 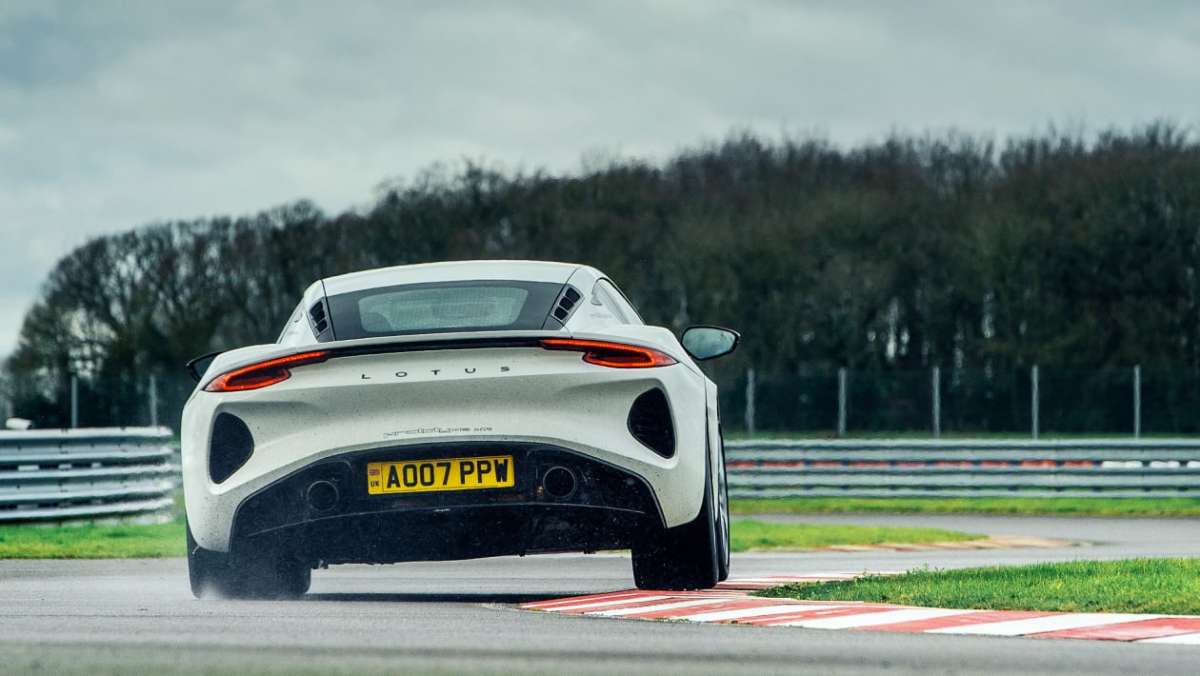 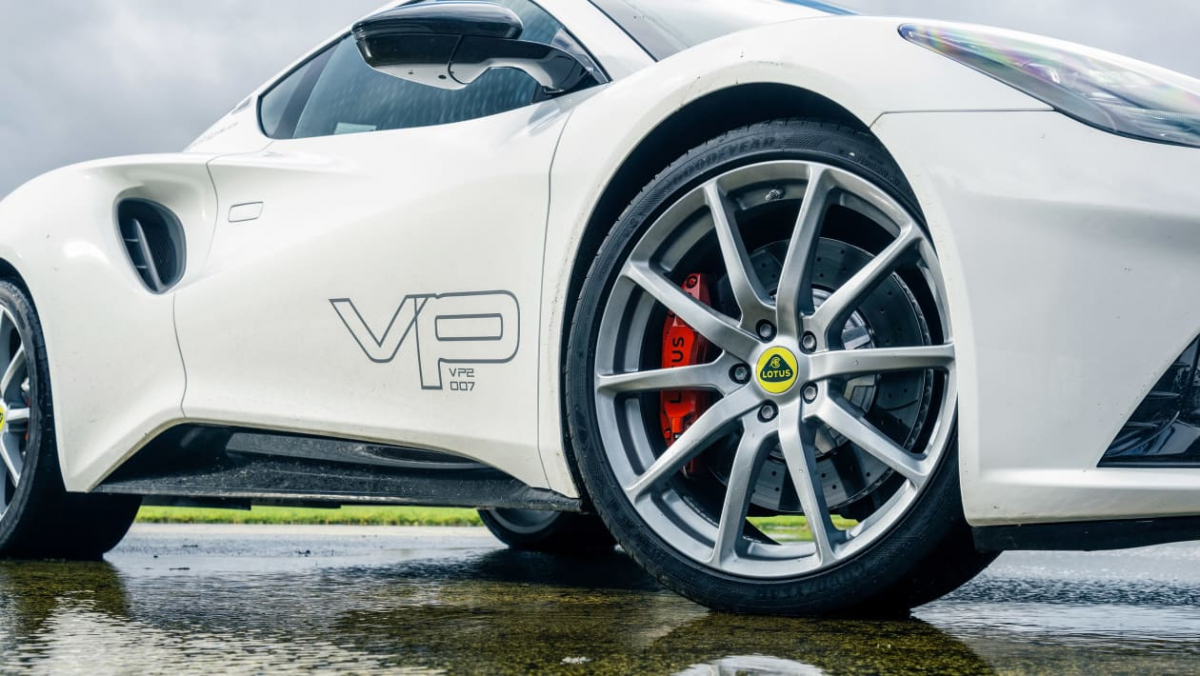 Of all the cars we’re set to drive in 2022 the Lotus Emira is one of the most eagerly anticipated. It’s still a month or so before we get behind the wheel of a fully representative production version, but a spin around the Hethel test track in a close-to-production VP cars is a tantalising taster of what we can look forward to.

As you know there are two Emira models – that powered by Mercedes-AMG’s potent 2.0-litre 4-cylinder turbo motor, and the supercharged 3.5-litre Toyota-sourced V6 seen previously in the Evora and Exige. It’s the latter we’re sampling, mated to a 6-speed manual transmission. It could almost have been made for evo.

We’re driving Emira VP-007 – an ADAS test vehicle used for the development of Advanced Driver-Assistance Systems. Such technology is new to Lotus, but essential to the marque’s future EV models, so whilst resolutely driver-focussed, Emira is the car to bridge that technological gap.

So far as the styling goes, Emira knocks it out of the park. It’s dimensionally bigger than its predecessors, something most noticeable in the use of 20in rims of the same width front and rear – a first for Lotus. Though bulkier it disguises its size with a sharply cinched waistline, slender lights and deeply sculpted intakes and vents. It should look terrific on the road.

The spec of VP-007 includes Touring suspension and standard Goodyear F1 tyres, plus the Driver’s pack which includes a limited-slip differential. The chassis tune is the latest iteration but not the final version, so we’re promised gains in both ride comfort (less obvious on the smooth test track) and steering feel once the car is ready for production.

The first major surprise is when you open the driver’s door and lower yourself into the seat, as for the first time in 25 years ingress and egress into a new Lotus is a doddle. The interior is clean and simple with a welcome sense of space. There’s even useable space behind the seats to place your coat or a laptop bag. The comfort-spec seat in VP-007 isn’t fully representative, but offers decent support. The driving position is excellent, and the low scuttle means you get a great view of the wheel arch tops.

The Toyota-sourced supercharged 3.5-litre V6 has always sounded good, and the Emira installation is no exception. The clutch is weighty but not excessively so, and the alloy ball-topped gear lever slots into 1st gear cleanly.

Unusually the Emira’s power-assisted steering is not electric, but hydraulic, and immediately feels different to the EPAS systems we’ve become used to over the years. It has more weight, but the effort required remains consistent and true as you work from lock-to-lock and as lateral load increases. It takes some getting used to, but only because the rate of response is natural, fluid and assured rather than hyped-up and excessively alert.

Gently roll your wrists and the Emira peels into quick corners with cucumber coolness. No fuss or nibbling at the corner, just one smooth input from turn-in through apex to exit. Into tighter corners you inject the attacking energy by applying punchier steering inputs.

You feel a little body roll as the car begins to absorb lateral load, but once the suspension has started to work it remains beautifully composed, with a beautifully progressive transition into the mildest understeer as you squeeze into the throttle, or subtle, easily controlled oversteer if you make more aggressive inputs to bring the tail into play. As promised, Sport mode allows the car to properly slide, though always with the sense the car is being held softly by the electronics.

Performance-wise it feels as strong as you’d expect of 400bhp and 310lb ft in a 1400+kg car. The gear ratios are short enough that you need to work the ‘box, but with enough reach that you can hold an intermediate gear and let the torque do the work. You need to be more deliberate when guiding the stick through cross-gate upshifts than you do on downshifts, especially when trying to punch from 2nd to 3rd, but Lotus reckon there’s a bit more finessing left to do.

Pleasingly the relationship between brake and throttle pedal is perfect, the V6’s snappy response making it easy to execute snappy heel-and-toe changes. The brakes have tons of power and progression and don’t seem bothered by hammering around Hethel. We’re promised even more feel come sign-off as pad materials are still being finessed.

Driving this late phase prototype confirms the Emira is far closer to the no-excuses car Lotus needs. VP-007 certainly points to a car with a character that sits somewhere between the maturity of a Cayman and the purity of an A110. Exactly where its capabilities position it is something we can’t wait to discover later this year. 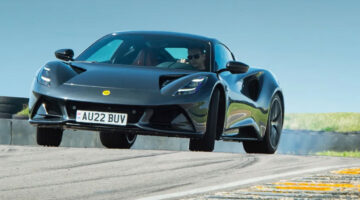 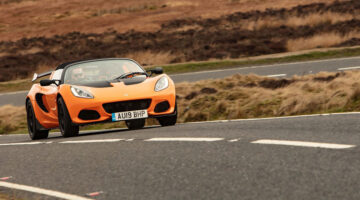