What happens when a Nissan GT-R meets Liberty Walk? We find out with Simon Motorsport in Dubai

Recently crankandpiston.com kicked off ‘Over-Fender December’ with THIS wide body W205 Mercedes C-Class. Over-fendered cars are gnarly, and seriously awesome, but for our second instalment, we’ve gone for something a little different…

Firstly, what is an over-fender car? Take a stock car, conduct heart-breaking cutting procedures on the bodywork, bolt-on some aftermarket-designed fenders, then install wider and bigger wheels with a much bigger offset than stock. Complete the look with some seriously lowered suspension, and you have a proper over-fendered car. Plus, something that makes the neighbours very jealous (or mad).

Among those aftermarket companies that specialise in over-fender projects, Liberty Walk – alongside Greddy Rocket Bunny and RAUH-Welt Begriff – stands head and shoulders above them. So when I received a call from Simon Motorsport here in Dubai saying they were working on ‘something special’, we didn’t need much persuasion to pop down and take a look.

There it was: an air-bagged charcoal 2013 Nissan GT-R with Liberty Walk body kit and ridiculously big Brixton wheels. It looks sick, and left my jaw on the ground. 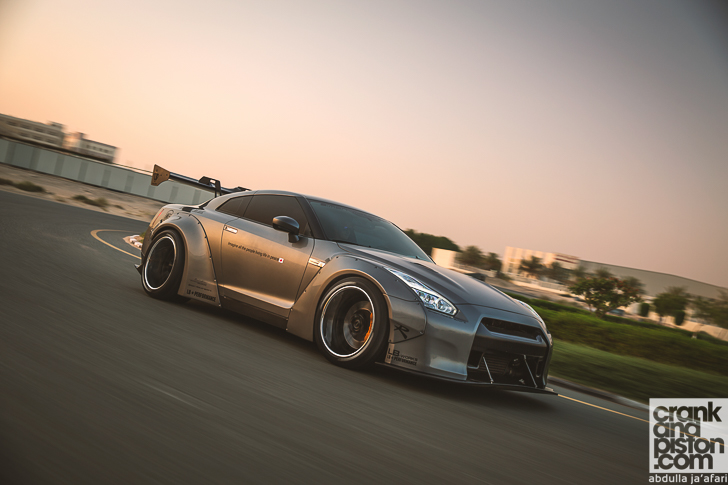 This is not the first Liberty Walk Simon Motorsport has worked on – you may remember the LW-kitted Oakley Ferrari 458 Italia we uncovered early last year – and as you can see, the guys clearly know what they’re doing. Plastic surgery began with the removal of excessive body parts required for the fitment procedure. Big chunks of the aluminium being cut off all four fenders, as explained by Matthias who spent a week and a half doing the cutting, fitting the LB kit, and installing the air suspension kit. Matching the paint of the bodywork with the already-moulded bumpers, and over-fenders is a tough job, but worth the time when these – plus a LW rear diffuser and a massive rear-mounted wing – are finally installed.

*Shop owner Franz coughs* Oh yeah, right, before I forget. Not everybody welds the open gaps in the inner fenders, which can lead to rust or corrosion, so the extra mile was taken on additional welding. Like I said, the guys clearly know what they’re doing. 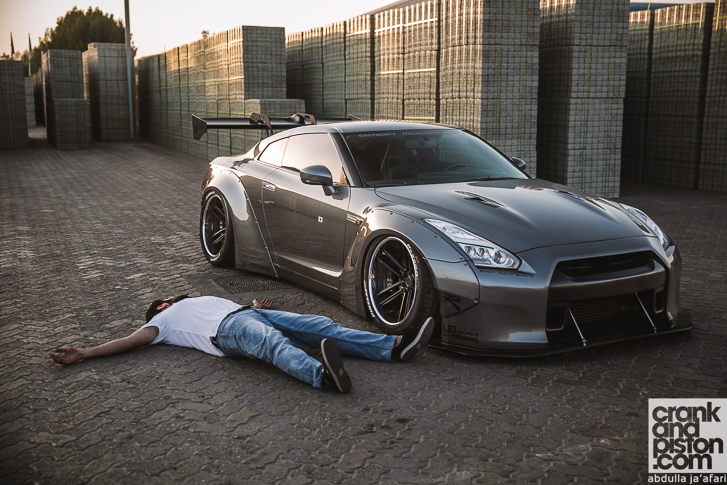 Wireless Accuair airbags and a dampening suspension system have also been installed, which can be adjusted remotely to three modes: ‘Service’, which offers maximum ground clearance; ‘Driving’ for everyday street running; and super ridiculous stanced lowering mode, though there’s probably an official name for that. Mechanically, the car was tuned to 700hp, but with the car now back home in Saudi Arabia, it’s gone under the knife again and now sits at around 1200hp.

And yes, my jaw is still on the ground several weeks later. 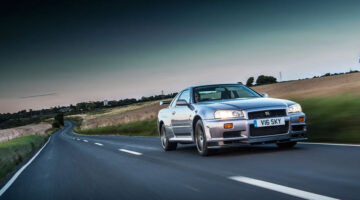