Dubai, UAE. crankandpiston stumbles across a Lamborghini LM002 in the Al Quoz industrial zone, one of only 328 SUVs the company produced during the model’s seven-year production run between 1986 and 1993. 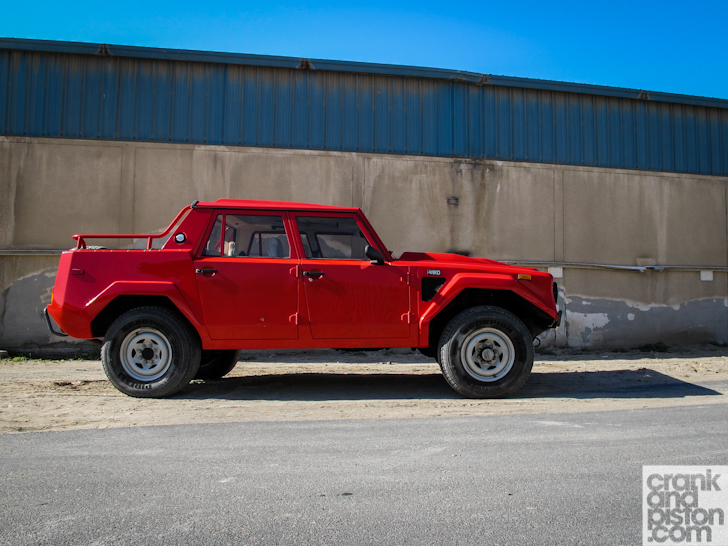 This is actually quite an exciting moment for me, since this is my first ever Lamborghini shoot. Oh sure, crankandpiston has had some fun with the Aventador in Hatta, with the Ferrari 458 and McLaren MP4-12C, and even jetted to Miami for a hoon in the new Aventador Roadster, but fate has conspired against me on each of these occasions, and I have been absent for each. 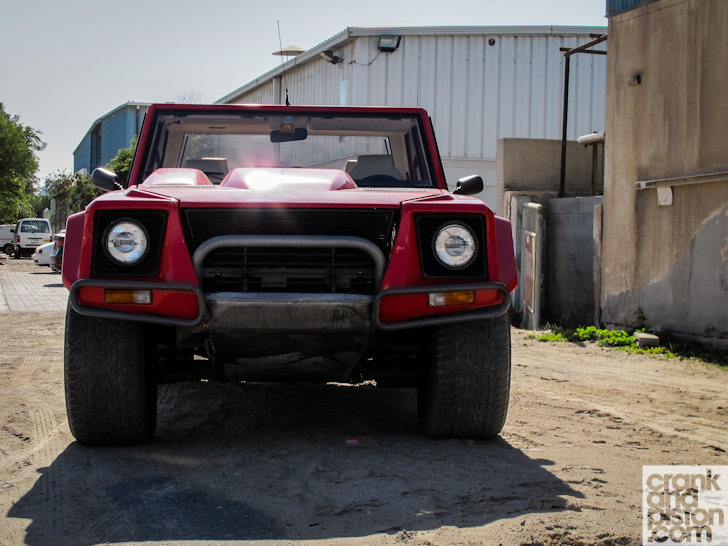 But today my time has come, and I get to enjoy the sights and sounds of my very first Lamborghini: the LM002.

Ah yes, before the Urus, Lamborghini temporarily went even more insane back in the mid-to-late 1980s when it designed, developed and built a limited run of 328 SUVs. And most thought it was terrible. 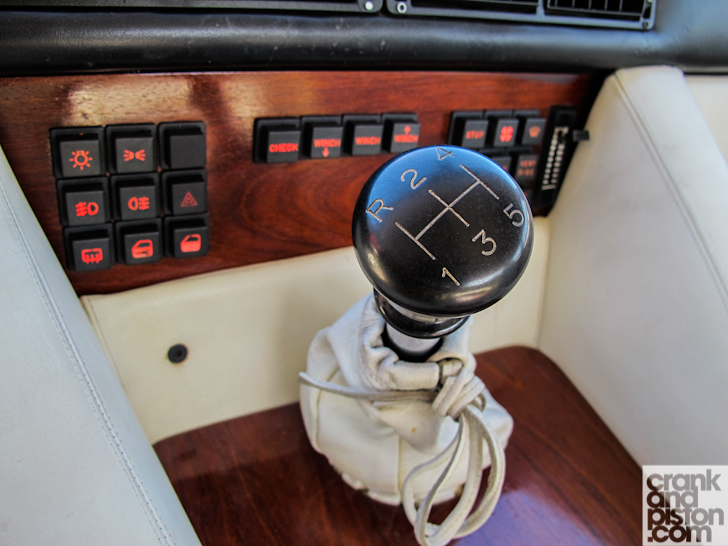 The sheer size of the drivetrain running the length of the cabin in the four-wheel drive behemoth means room on the inside is at a premium. The five-speed manual gearbox (dogleg, naturally, for added inconvenience) is jauntily angled towards the driver on a lever boasting the same durability as a breadstick and works well with potluck. The clutch meanwhile is so heavy it requires both feet simultaneously to depress it. Problem is the biting point of said instrument is usually about an inch above the, ahem, ‘carpet’, leaving the driver little option but to slam his right shin against the questionably mounted handbrake during an inevitable stall. 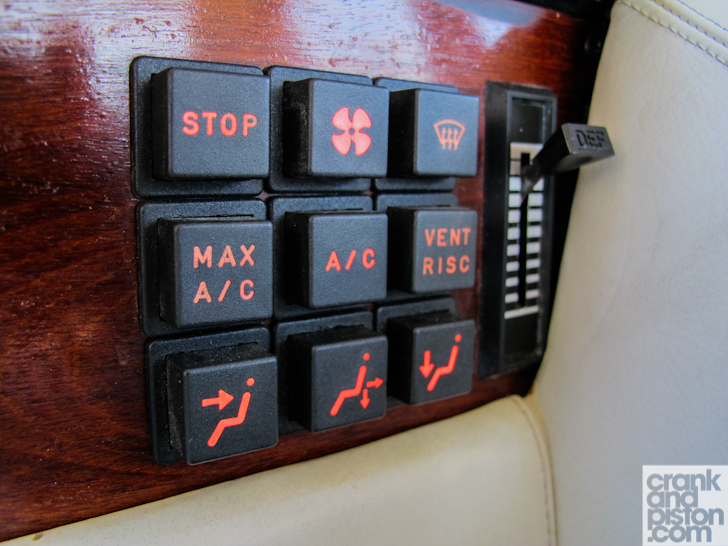 The absence of power steering means steering the brute is akin to piloting the Staton Island ferry, and also means the turning circle is about the same. And the piece de resistance (alongside looks that only a mother could truly love) is that Lamborghini’s legendary reliability record is coursing through the LM002’s DNA: the myriad of dials on the centre console usually alerts the driver that water, oil, petrol is leaking or that a small incendiary has ignited under the bonnet. 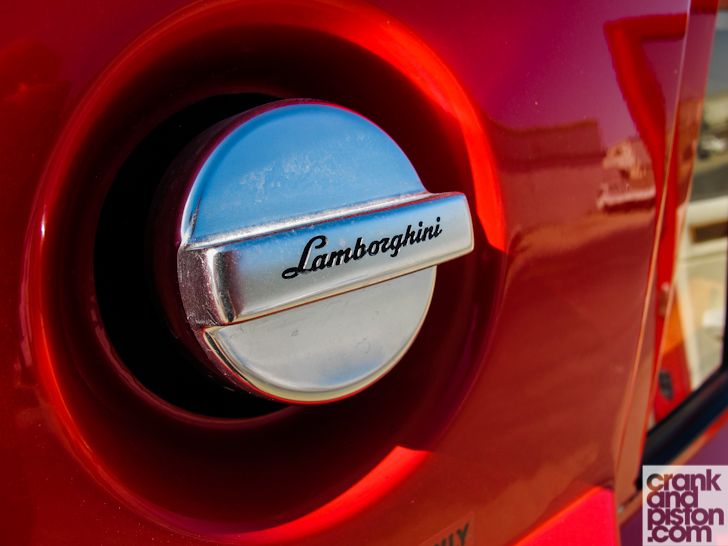 You’d be forgiven then for thinking that I’m a little disappointed with today’s shoot, given the 700+ screaming horses that have rolled through the crankandpiston car park during the last year. Au contraire. In fact, I’m pretty excited about it. It’s certainly not in my fantasy garage (I’ve not hit my head that hard), but the LM002 has in spades what I think a Lamborghini should always have: lunacy. 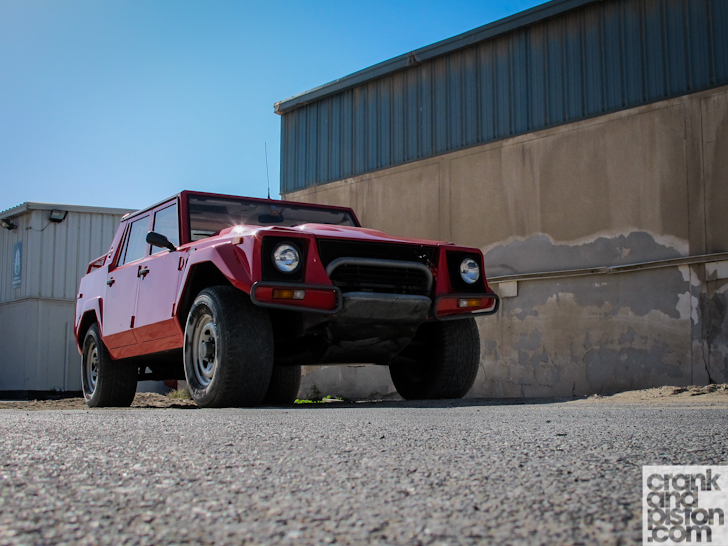 The laundry list of issues is comparable only to a 1980s supercar, but for Lamborghini – a former builder of tractors who then set out to build a better supercar than Enzo Ferrari – it just adds to the charm. Even its origin raises an eyebrow or two.

Officially unveiled in 1986 at the Brussels Auto Show, the LM002 – dubbed the ‘Rambo Lambo’ for its Stallone-esque stance – was spawned from the manufacturer’s failed Cheetah project from the late seventies, a concept designed for a military contract which would ultimately go to Hummer. Once (most) of the kinks were knocked out of the LM001 prototype – which debuted at the 1981 Geneva Motor Show – 328 LM002s were rolled into the showrooms with hefty price tags. And people bought them. 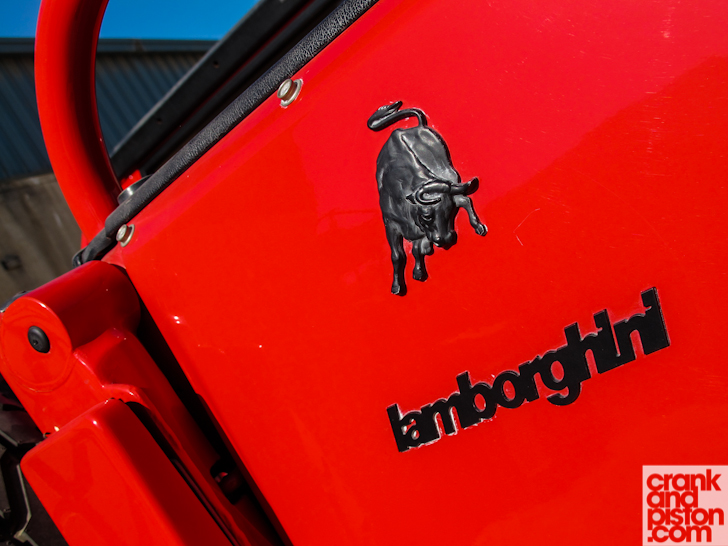 The big selling point, aside from the raging bull on the rear fender, was the 5.2-litre V12 under the bonnet that could also be found at the time in the legendary Lamborghini Countach: buyers of the SUV could legitimately claim to have one of the most powerful (stock) engines on the planet at their disposal, and how often does that opportunity come up? 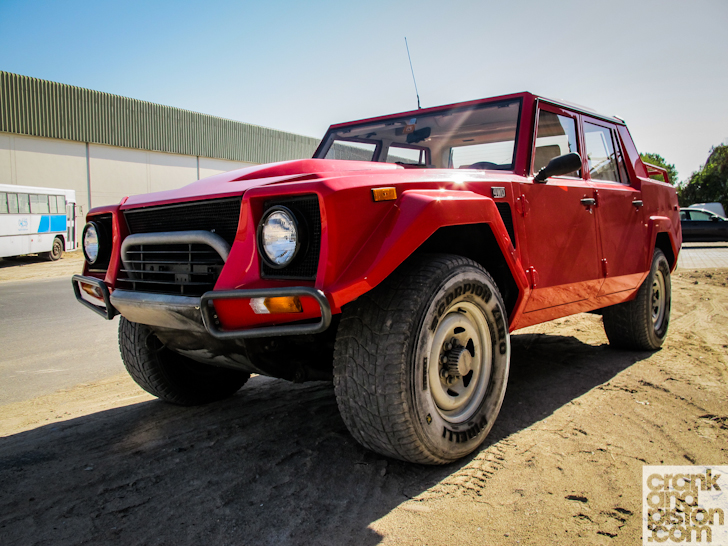 Yes, the example standing before us – which we stumbled across in Dubai’s Al Quoz region and which is currently awaiting a full paintjob at Living Classics – does look a little out of place amidst the Toyota Cruisers, Nissan Patrols and Mitsubishi Pajeros encircling it: none are petit, but the Lambo is particularly enormous. But the sound of the engine when it’s fired into life, the sense of nostalgia in the cabin (we’re talking proper wood trim and aged leather upholstery), the little voice in my head that chirrups ‘base command, this is Black Falcon awaiting orders’ when slipping behind the wheel of this could-have-been military vehicle: they all combine to set the hairs on the back of my neck on end.

This is a 1980s Raging Bull, has all the foibles and insanity that comes with the territory, and is exactly why my first Lamborghini shoot is such a memorable one.