We take a Lamborghini Gallardo LP 550-2 Spyder for a spin around the Yas Marina south circuit in Abu Dhabi, UAE. 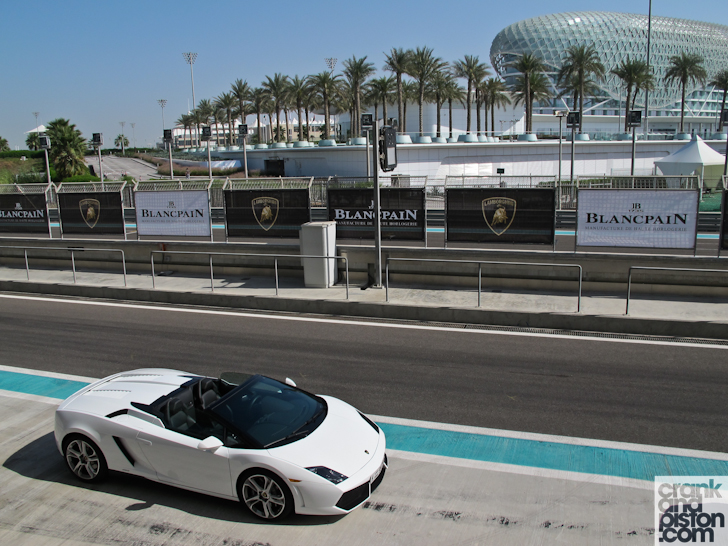 Ever since the plane wheels touched down in Dubai 15 months ago, I’ve been waiting with increasing impatience to take a Lamborghini for a spin. The Italian example of lunatic design and brain-destroying speed has been on my wish list for quite some time now, and despite the team taking their respective spins in the LP700-4 Roadster and the Aventador (twice) in the past year or so, I’ve yet to get any seat time. I can almost hear your wails of sympathy…

So when Lamborghini sent crankandpiston an invite to drive a Gallardo LP 550-2 on the Yas Marina south circuit, my RSVP was on its way back quite quickly. 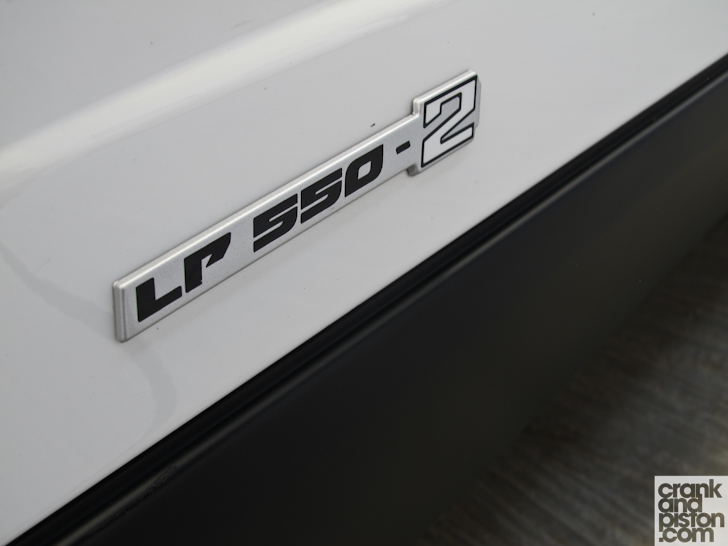 Given the hardware on offer, I was unlikely to be disappointed. Granted the baby of the Lamborghini brood is massively top trumped by the Aventador in terms of power (700hp), torque (509lb ft) and top speed (350kph), but 550hp and 398lb ft from a 5.2-litre V10, a 319kph top speed and 0-100kph in 4.2 seconds are hardly stats to snort at. What made the drive all the more intriguing was that our pace car for the day was a 570hp Gallardo LP 570-4 Spyder Performante. Clearly this wouldn’t be an 80kph dawdle behind a four-door saloon with our sensible trousers on: with the pace car alone capable of hitting 100kph off the line in 3.9 seconds, and with experienced circuit specialist James Burnett behind the wheel, chances are we’d be going at a fair lick. 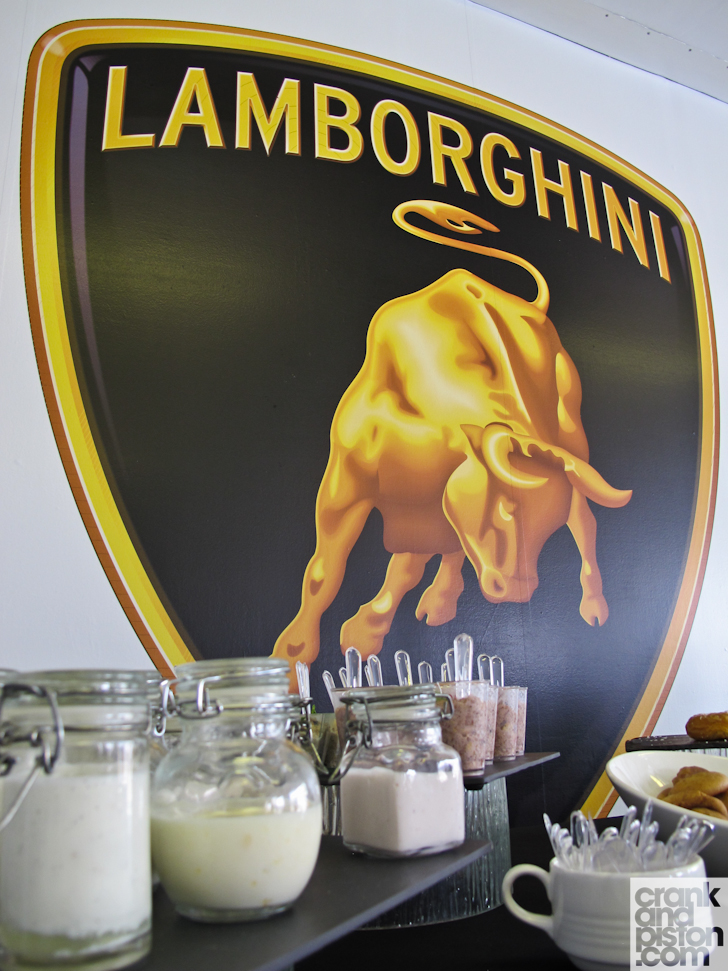 A mug or two of astonishingly thick coffee, a couple of mini-croissants, and quite a lot of paperwork later, each member of our group – fellow Lamborghini enthusiasts from the region – was thrown a helmet and told to mount up.

Of the three LP 550-2s on offer, the hardtop on-point had immediately caught my eye, my assumption being that – like most convertibles – the extra weight of the roof mechanism would invariably make the cabriolets a bit softer to drive. Rather embarrassingly though, it quickly became clear that my 6’2”-plus frame wouldn’t fit into the driver’s seat without the top of my helmet hitting the roof, no matter how many contortionist positions I willed my legs to take. After a few minutes of ‘if I can just get that there’, a gentlemen with a raging bull on his chest suggested that perhaps I’d be more comfortable in a Gallardo Spyder, ‘since you can’t really drive with your neck craned at a 45 degree angle’. 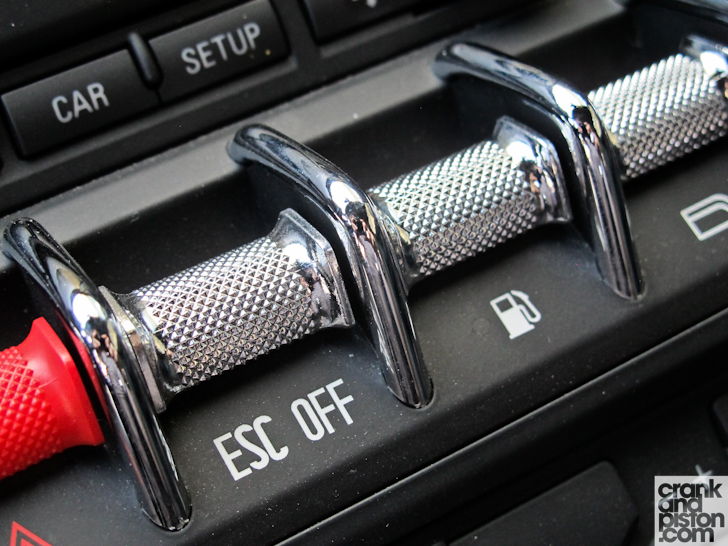 Now safely closeted in the Spyder (despite the headrest trying hard to wrench my head forward by jutting into the back of my helmet), even the simple task of flicking the six-speed sequential gearbox from neutral to sport and trundling down the pitlane with the high-pitched roar emanating from the exhaust pipes made the opening few seconds both exciting and terrifying in equal measure. A couple of sighter laps in the bag (during which we’d been asked very kindly to ‘not, under any circumstances whatsoever, turn off the ESP traction control’), we set off at pace around the Yas Marina Circuit.