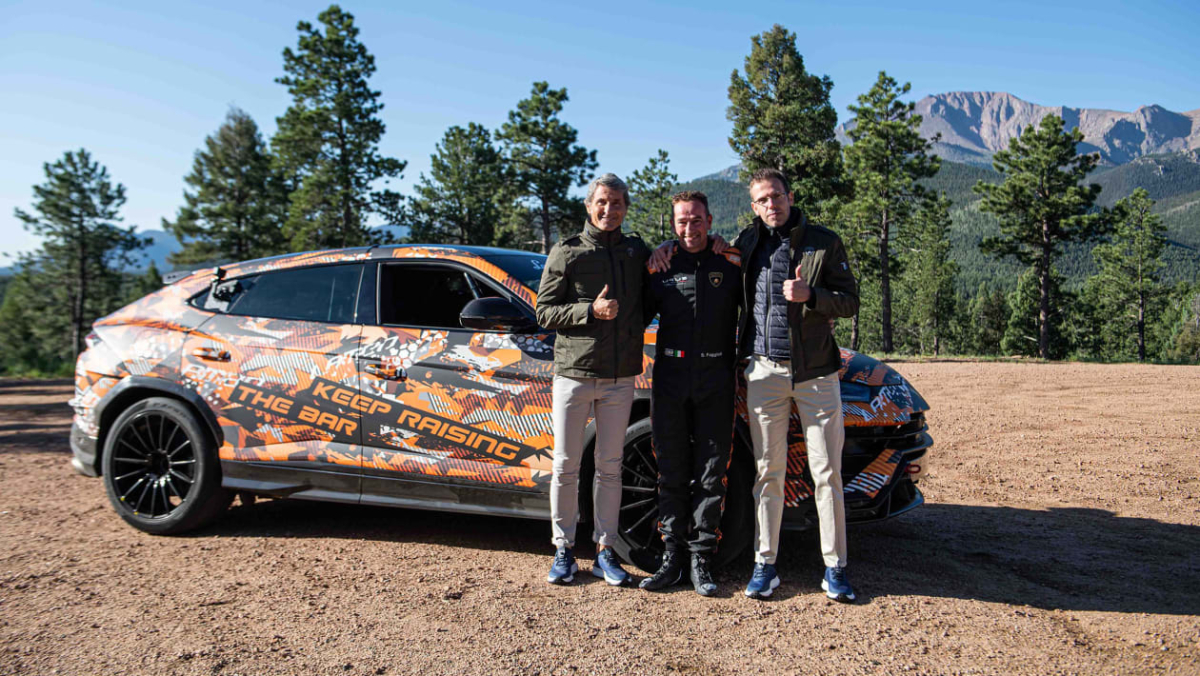 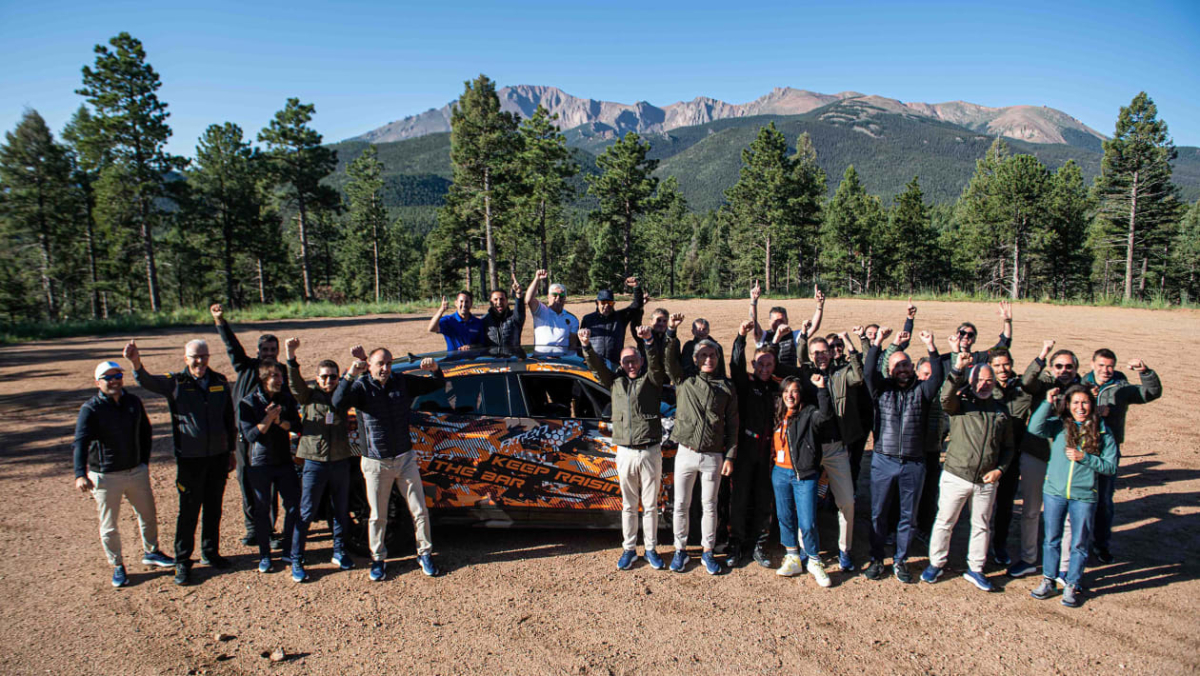 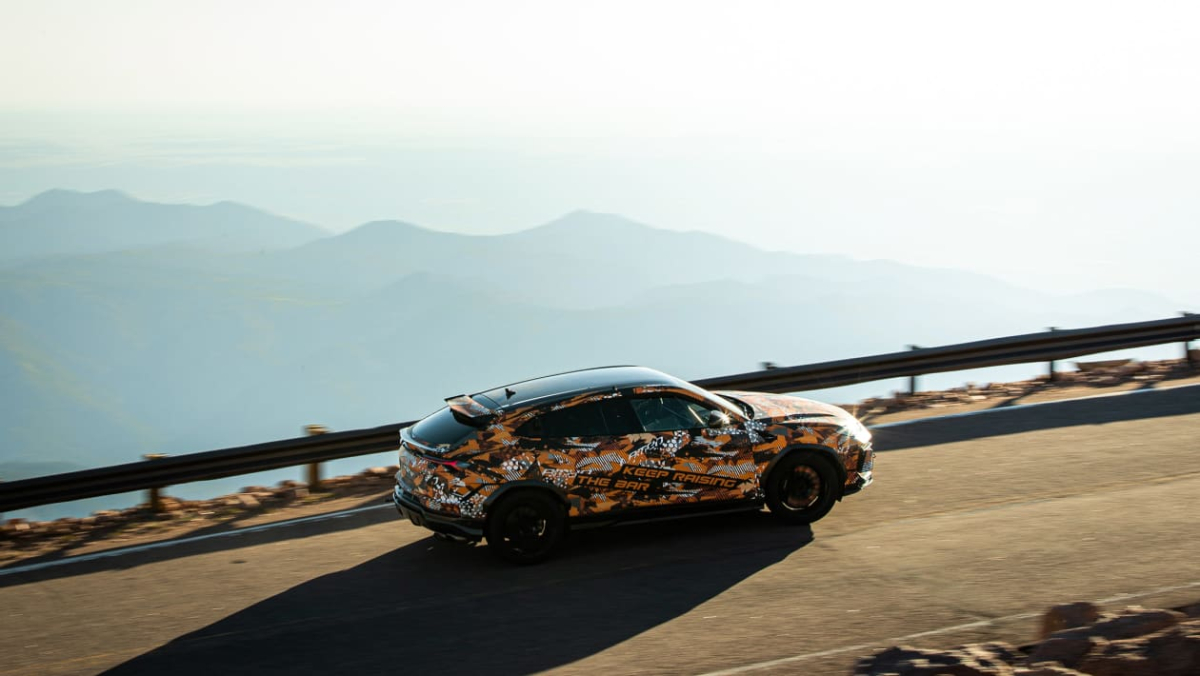 Record-breaking for upcoming models is something we’re pretty used to in the lead up to a new model reveal, yet while a new Nürburgring lap record is always impressive, when they’re as niche as the Pikes Peak SUV record, well, their relevance might be a little thin. Fortunately, Lamborghini has pulled such a stunt of its own in the leadup to its new high performance Urus derivative, likely called the Performante, that’ll debut next week with more power, tech and performance than before.

With hillclimb champion and Pirelli test driver Simone Faggioli at the wheel, the new Urus ‘Performante’ completed the 3.8-kilometer climb in 10:32.0, a huge 17.9sec reduction compared to the previous record holder, Bentley’s Bentayga.

In order to comply with the record regulations, the new Urus’s mechanicals were left completely unchanged, save for safety equipment like a full roll cage, FIA-approved racing bucket seats and six-point harnesses. What these changes are, however, remain more of a mystery.

It’s likely that the new Urus, being based on the same MLB Evo platform as most large SUVs from the VW Group, will maintain a twin-turbocharged V8 engine, rather than swapping it for something with significantly more horsepower. This means the Urus will probably not rival Ferrari’s incoming V12-powered Purosangue, which is due to be both significantly more powerful and expensive.

As such, we expect a subtle uplift in power and torque, because not only is the twin-turbocharged 4-litre V8 engine already at a very high state of tune in the standard Urus, but the relative drivetrain components like the eight-speed automatic transmission and differentials are also close to their peak load ratings. As it stands, the Urus produces 641bhp, the highest output current available across the group.

The new Urus will have an updated, but largely familiar style, as we can clearly see a redesigned grille and fascia that loses the current Urus’s controversial horizontal forks in lieu of simpler slats. Keep moving towards the outside of the front bumper and a similar set of slip vents similar to the new Huracan Tecnica are also visible, albeit covered in the same black wrap as the rest of this particular prototype. The bonnet’s also new, with new vents breaking the ridge that’s formed from the base of the a-pillar.

Another noticeable change is centred around the rear bumper, where just behind the rear wheel is a new bumper opening that, while almost certainly fake, will give it a fresh look. The lower bumper and faux diffuser are also new, but don’t look particularly different to the current model.

There’s also a fresh set of 22-inch wheels on the record-breaking prototype, the new design sharing a similar y-spoke design to the Tecnica, albeit with one less spoke. It is interesting to note that the new wheel design is of 22-inches, rather than the top-specification 23-inch option, suggesting that like the current model, the new Urus has been largely setup to accommodate this slightly smaller wheel and tyre package.

An area that Lamborghini has been working on are the tyres, with the record made on a set of new 22-inch Pirelli P Zero Trofeo Rs, designed specifically for this new Urus with huge 285-front and 325-rear section widths.

We won’t have long to wait to see the new Performate to find out exactly what’s hiding underneath the reformed bodywork, but at least for now we know that it broke the Pikes Peak SUV record.