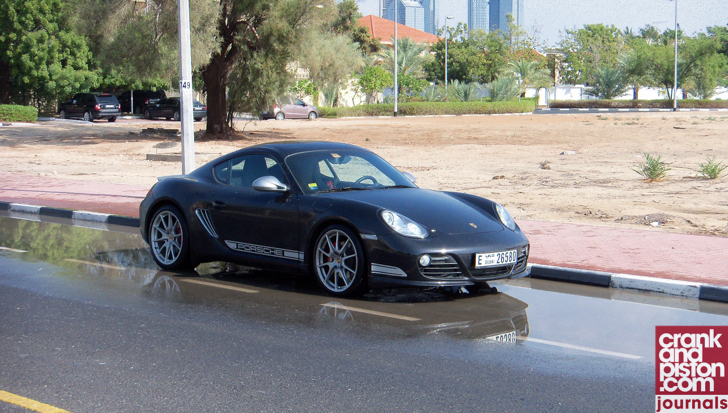 The old expression ‘there is no such thing as a cheap Porsche’ rings true this month as an unplanned set of rear Pirellis were needed after an early morning commute came to a dramatic end.

I’ll set the scene for you: I’m setting off for work at the usual morning time the car feels as normal, but a few kilometres in a repetitive thud-thud appears from somewhere stage right, followed by a BANG. A rear tyre has just let go in spectacular fashion.

I’m slowly perspiring as the back rear is shedding itself from the rim now and the whole car has lurched to one side, juddering wildly all over the fast lane. I throw the hazards on and try to make it over to the far slow lane. No chance and my slowing speed means people just blare their horns, flash their lights and drive around me in typically sympatric UAE commuter style: the Cayman R is now officially mobile chicane. 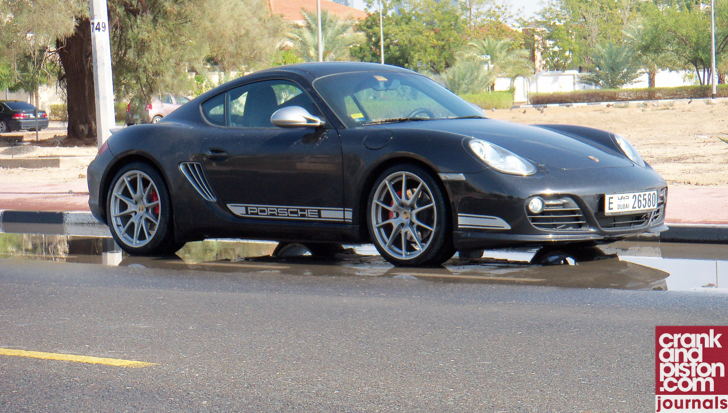 I know the more I drive the more likely the rubber is just going to disintegrate off the rim, leaving hyper expensive light alloy metal on the road in the process. There’s no option now, I have to pull up on the furthest lane to the left with the car well off the road to call road-side assistance. The rear wall of the blown tyre has actually torn wide open, and since Caymans obviously don’t carry spares (there’s not really room for one), I’m stranded. Even more worrying is that the rear left is soft now too. I sit there in the car, calling all the assistance I can possibly mobilise. Where’s a helicopter when you need one?

Luckily the flat bed truck arrives quickly. I’m a mass of nerves and adrenaline after ringing work explaining why I’ve missed this morning’s round of meetings. We get the car to Motorsport Wheels Dubai. Jon Simmons there has a fresh set of Pirelli P-Zeros with my name on them and thankfully has me back on the road in under 30 minutes. Luckily zero contact between tarmac and rim occurred and it turns out that chance was on my side, as there was actually a double puncture to the rears. A big dirty nail in the rear right caused a rapid pressure drop and finally a blow out, while the back left had some metal wire shrapnel stuck in it. 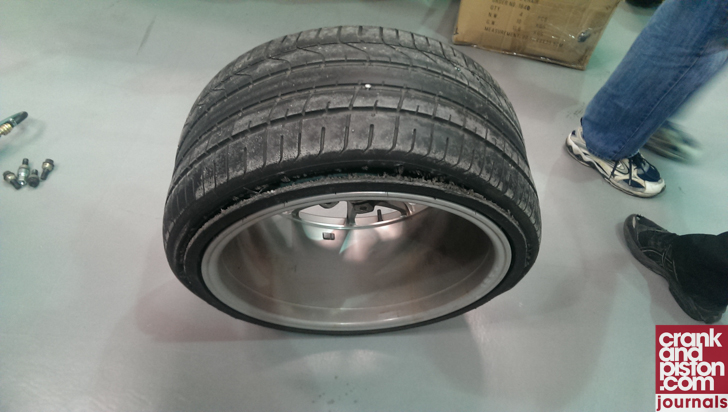 That’s another lesson learned then. I now check my tyres visually every morning – a practice encouraged by road safety experts but one I’d not really followed regularly until now. But I’ve now discovered its use, and that it pays to be careful of what you drive over on the road too.