Today we’re going to have a race, across country. And to throw a casual glance at our starting line-up, you might think we’ve gone completely barmy.

Our first contender is a Jeep Wrangler. With its high ground clearance, comparatively light kerb weight, indestructible suspension and simple body-on-frame build that dates back more than seven decades to the now extinct CJ – hence the ‘Since 1941’ badge on the steering wheel – the Wrangler has been the dune-bashers weapon of choice for almost as long, and remains Jeep’s headline act to this day. And if that wasn’t enough, our 2013 test model has been loaded with juicy, dune-mullering extras from Mopar, including all-terrain Cooper tyres, rejigged suspension and heavy duty off-road bumpers. Oh, and a winch. There’s little that could halt the Wrangler’s off-road run.

Which makes the model we’ve chosen to pit it against all the more confusing, slash, brave. Despite boasting the same ‘Since 1941’ badging, the new Cherokee dates only as far as its debut in 2014: though reviving the name, there was no crossover with Jeep’s newest mid-size SUV and its ’84-’96 namesake. Like the Wrangler it boasts four-wheel drive, but unlike the Wrangler it has less ground clearance, less power and torque per ton, less robust tyres. And yet, the company is confident the Cherokee is ‘as good off-road’ as a Jeep should be. We were keen to put this to the test.

And so it is that you join us bright and early just outside Al Dhaid, the sound of songbird chatter in the air and about a dozen mystified goats standing nearby wondering what on earth we’re doing. Across to our left stands kilometre after kilometre of steep sandy dunes capable of flipping any impudent off-road machine that dares cross its path. Wadis meanwhile stretch off to the right, a high-speed gravel path snaking its way through the middle. In the far distance, a chequered flag (well, a red one anyway), signifies the end point of our figure of eight course, half of which – the dune-bashing side – is slightly shorter. The Wrangler should have the edge over this part of the route, given it’s formidable ability off-road and the Mopar accessories our test model boasts. The more open, flowing half of our route through the rocky outcrops though offer an altogether different test of endurance, one based more on speed than up and downhill ascents. Surface across which the Cherokee gets the nod. Half of our route then suits the Wrangler, the other half the Cherokee. This should be a close one.

On the start line and with around 10km to race, we – that’s myself and crankandpiston.com teammate AJ – divvy up the car keys, I taking the Cherokee, AJ the Wrangler. 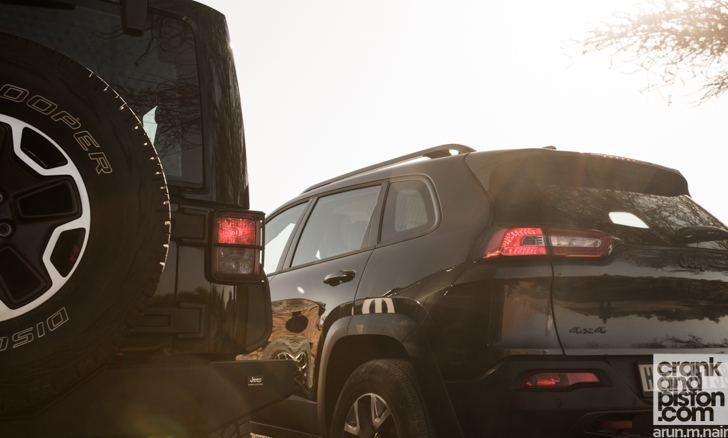 The design of the Cherokee has been heavily influenced by its big Grand sister, and though the Jeep traditional ‘waterfall’ bonnet and seven-slotted front grille remain intact, it’s a polarising design. Bold and characterful, yes, but polarising nonetheless. Less so on the inside it has to be said, where there’s little about the fine build quality and elegant layout that draws criticism. As well as some generously donated Pepsi cans, Jeep has supplied copious amounts of head and legroom for me in the driver’s seat. Our test model today also boasts the top of the range ‘Trailhawk’ package. With that comes red tow hooks and distinctive skid plates, as well as the admittedly more helpful Jeep Active Drive Lock system should the route get particularly heavy going. Even so, as I sit here – tuning in surprisingly good radio reception this far into the mountains – I wonder how well this civilised SUV really can handle its off-road route, particularly given its opposition.

Everything but everything about our Mopar-ised Wrangler screams ‘presence’, from the whacking great bull bars and overheard fog lights to the lift kit and rock rails. As an off-road junkie – and despite those enormous Cooper tyres making it slightly difficult to climb aboard – AJ is thrilled with his charge today, and confident he’s backing a winner. “It’s a Wrangler,” he keeps saying with smug-git face applied, “how can I lose?” And it’s difficult to argue with that. In the cabin creature comforts may include leather seats, air conditioning, and a six-speaker surround sound system, but alongside that is heavy-duty suspension and live axles for improved traction across rutted terrain, reinforced bumpers and fenders to withstand heavy impact, and a two-way transfer case for when things get really tough. All designed to handle the onslaught of an off-road pummelling, comfort and practicality taking a temporary back seat. Across country, the Trailhawk has a tough fight on its hands. 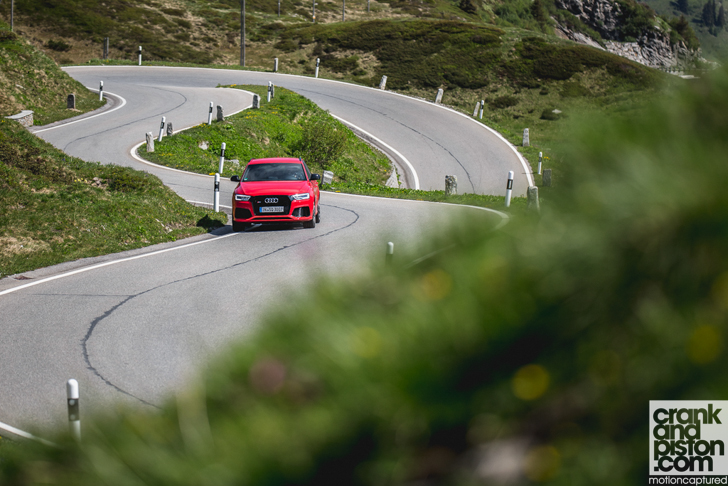 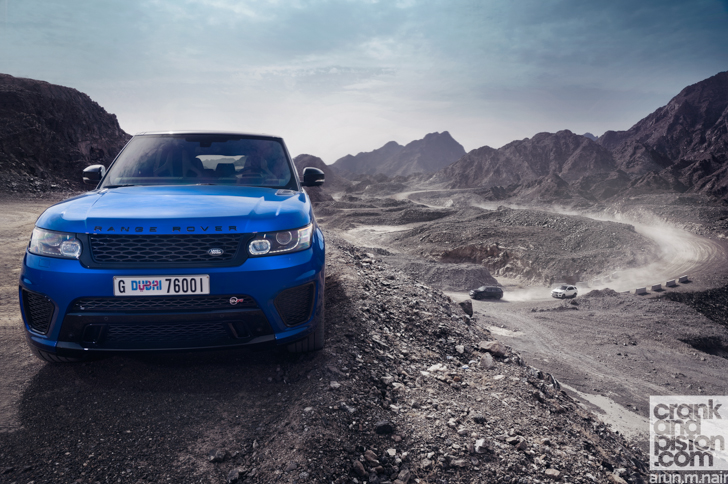 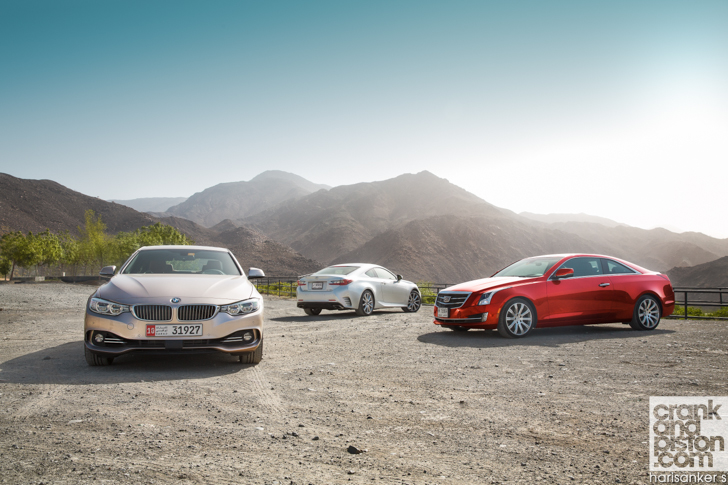 BMW 435i vs Lexus RC vs Cadillac ATS