crankandpiston.com hits a sodden Silverstone Circuit to try the new Jaguar XJ. Just how much has changed since the last generation landed in 2009?

Can it really be six years since Jaguar introduced the latest generation of XJ? Back in 2009 it wowed the world with its combination of contemporary styling and serious dynamic performance. Now it’s had a few tweaks for 2016; can it still compete against the best of the rest? It’s not an easy challenge. Since Jag first revived the XJ name, Audi and Mercedes-Benz have released all-new versions of the A8 and S-Class, and they’re both very good. 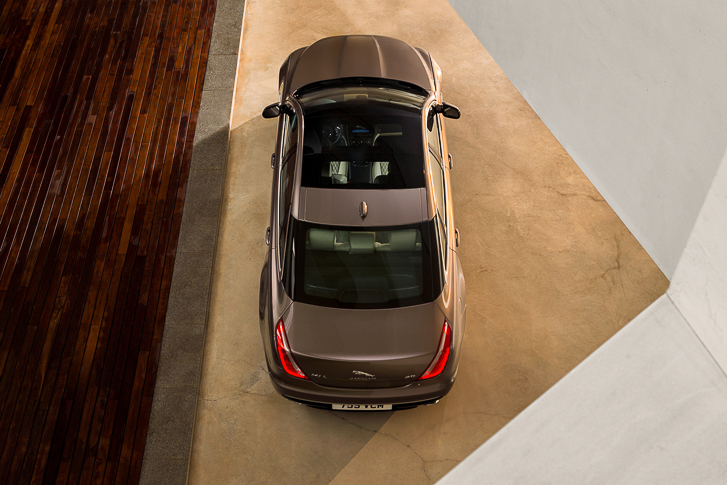 So what has Jaguar done to challenge the Germans’ might?

Well, not a great deal. The overall look of the XJ is very similar to that of its 2009 debut, but there are a few tweaks to consider. Visually, the car now has the funky ‘J-blade’ running lights seen on the latest XF and XE, which sit next to full LED headlights and a larger, more upright grille that evokes memories of XJs past. Bumper openings now come with chrome adornments and the lights at the back have been spruced too. It’s not a radical change, but it’s a testament to the original XJ design that it still looks very much a modern machine.

Inside, the luxury factor has been upped to the level where the old Portfolio model has been surpassed by the new Autobiography trim level. Only available in long wheelbase form, it comes with some very swanky quilted leather upholstery and some oak inlay veneer.

The headline story for the new XJ, at least from the PR team’s point of view, is the overhaul of the infotainment system, which is installed in all models. The outgoing system was pretty terrible, so Jaguar has thrown it out and started again. Now the XJ ‘s centre console boasts InControl Touch Pro, which takes influence from modern tablet operation and is consequently much more intuitive to use, with phone-like apps and connectivity for both Android and iOs devices. The much-improved sat nav can now be displayed full-screen across the 12.3-inch digital cluster and it’s nice and fast too, thanks to quad-core Intel processor. It’s a big improvement on the old model, and we’ll see it in other Jags and Land Rovers going forward.

How does the newboy handle?

After leaving Jaguar’s Castle Bromwich HQ, we embark on some sedate road driving down the motorway in Jag’s latest diesel XJ, before arriving at Silverstone and jumping into the XJ R – the weapon of the range, with a supercharged 5-litre V8 and 542bhp. The weather is vile and the track is slippery, but nevertheless it cements the XJ’s position as the best luxury limousine to drive from an enthusiast’s point of view. The engine hasn’t changed from the outgoing model but it remains an absolute peach, with bags of power and torque sent to the rear wheels through an eight-speed ZF auto ‘box.

The major change behind the wheel has the potential to be a controversial one. The steering set up has been switched from hydraulic to electric; a move that historically has caused fans of intimate steering feel to howl with anguish and gnash their teeth. The XJ has a deserved reputation as the most dynamic big luxury saloon around, so has the new system detracted from that sense of excitement in the driver’s seat?

Breathe easy, teeth gnashers, because it’s pretty hard to tell any difference. The new system helps fuel economy, which is vital in most global markets, and it also allows more interference/help (depending on your viewpoint) from driving assistance technology systems. Unless you’re driving the new and old XJs back to back you’ll struggle to tell the difference. Although agile, it’s still a limousine so setting the palms ablaze with information isn’t a priority. Thanks to previous experience with the electric system in other cars within Jag’s portfolio though, there’s plenty of texture from the front wheels making it to the hands.

The chassis bestows a now-familiar feeling of agility and poise that’s remarkable for a car this size. On the greasy Silverstone surface the back end dances around but never terrifies, with throttle and steering combining with a very generous stability control system to really spread a grin across the face. 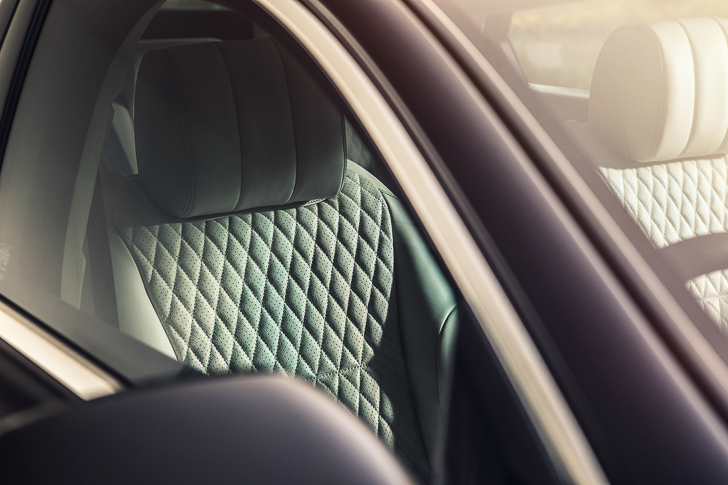 The Jaguar XJ remains the best driver’s car in this segment. But that’s not the end of the story…

By its nature a machine like the  has to cosset as well as impress on the tarmac. Thanks to its upgrades the new model is definitely more luxurious than the one it replaces, but there remain a few niggles. Chief among them are the steering wheel paddles, which still are made from some of the cheapest, nastiest bits of plastic I’ve experienced in any car in recent years.

It’s a common problem across the Jaguar range and something I’ve griped about since the 2006 XK, and it baffles me that no one at the company has seen fit to replace them with metal items, or even better quality plastic. It might seem a small thing to complain about, but a car of this type and price need to feel like a top-end offering, especially when compared to the really high quality interiors that Germany produces. Paddles are one of the most common touch points in a Jaguar, and the scratchiness of those in the XJ outright offends me. There are other points – buttons, switchgear – that also fall short of the solidity and material quality offered by Audi in particular, and those small details let down an otherwise very stylish interior. Both Audi and Mercedes offer more space inside their offerings, and their overall ride quality is better on the road, even if they fail to engage the driver to Jaguar levels.

Whether your desire for driving excellence means you can forgive the XJ’s annoying foibles will depend on your priorities. When you want the full limo experience you’ll find them irksome. But then again, when you reach the right stretch of road you may no longer care.