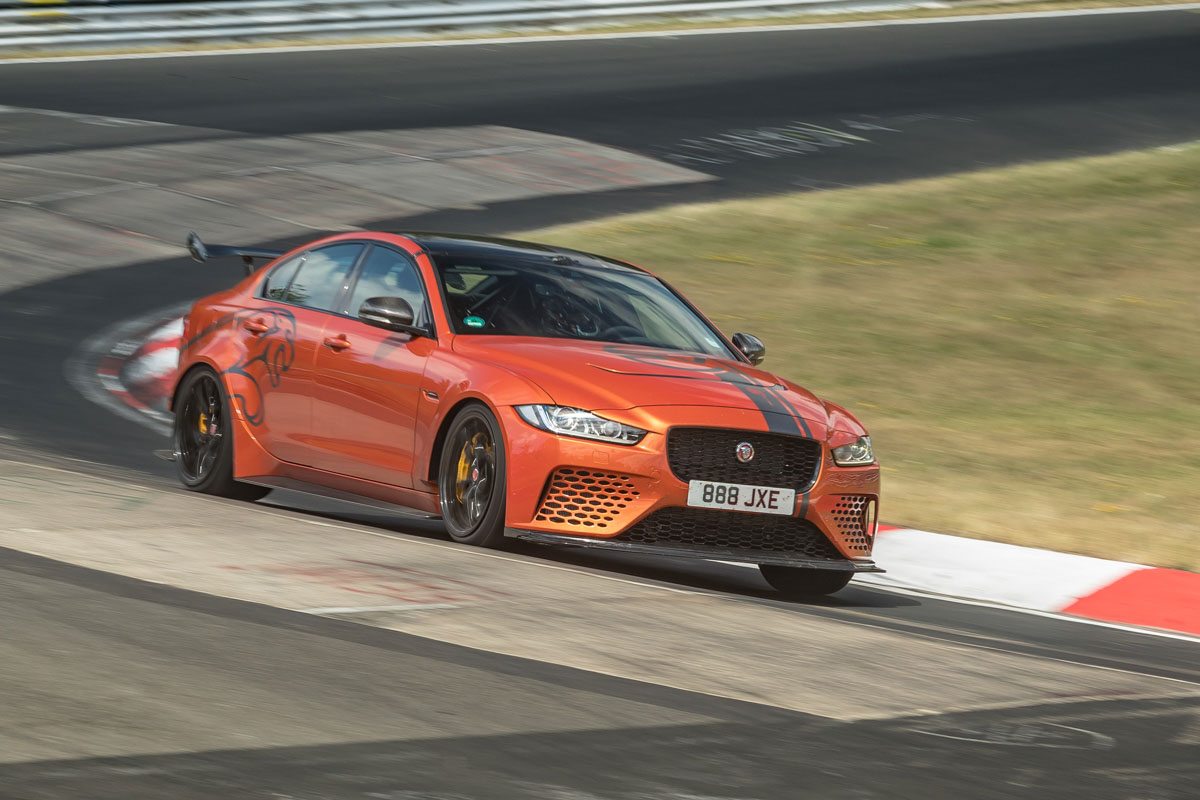 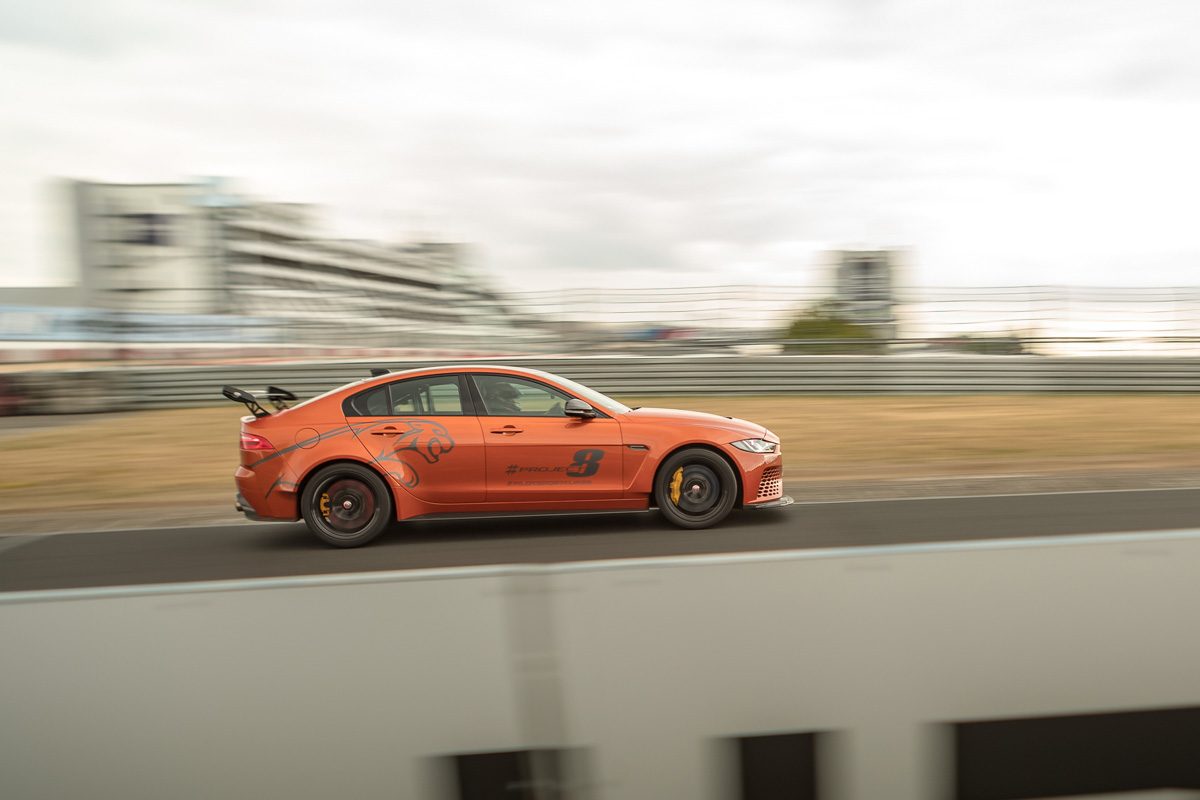 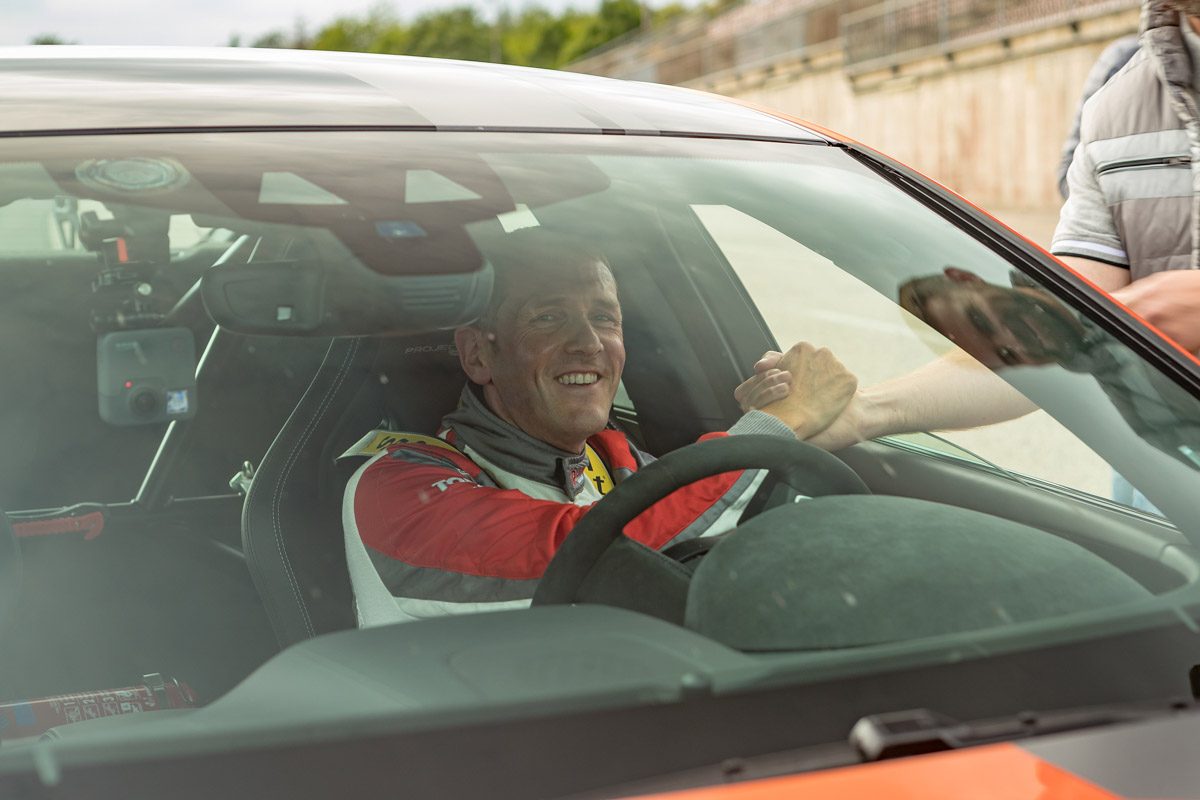 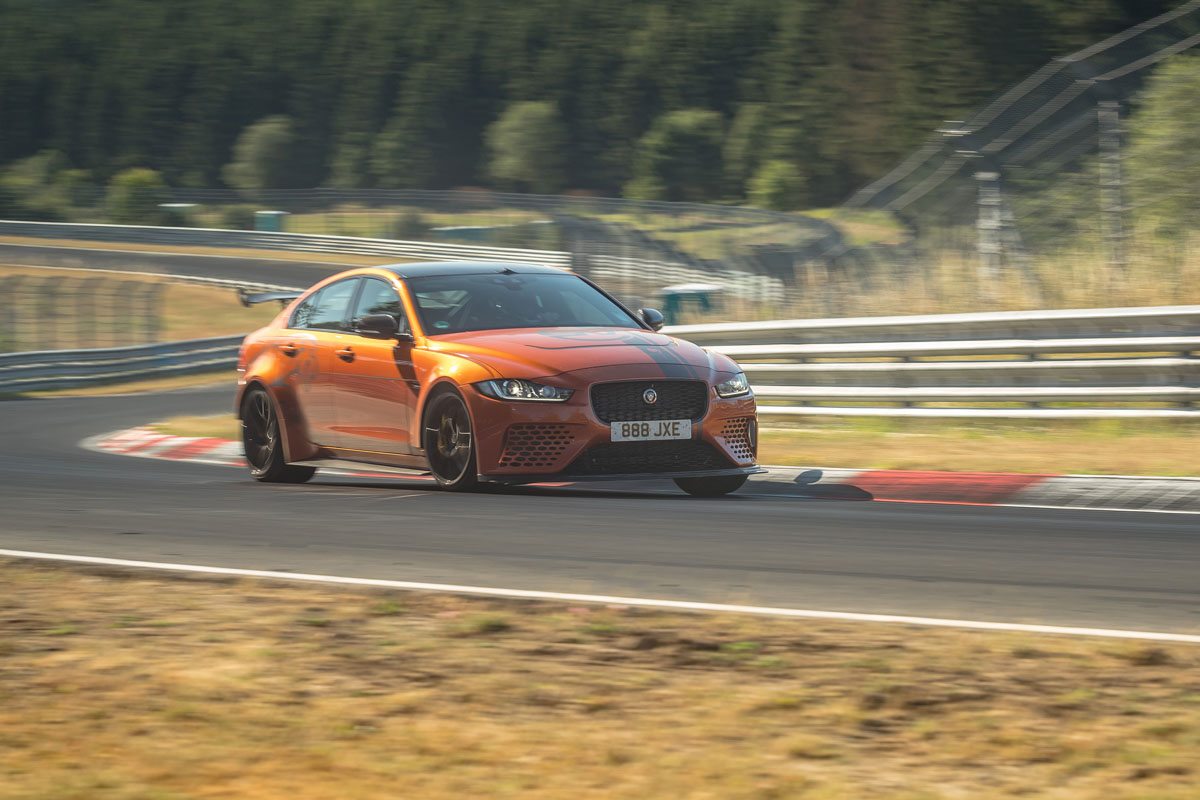 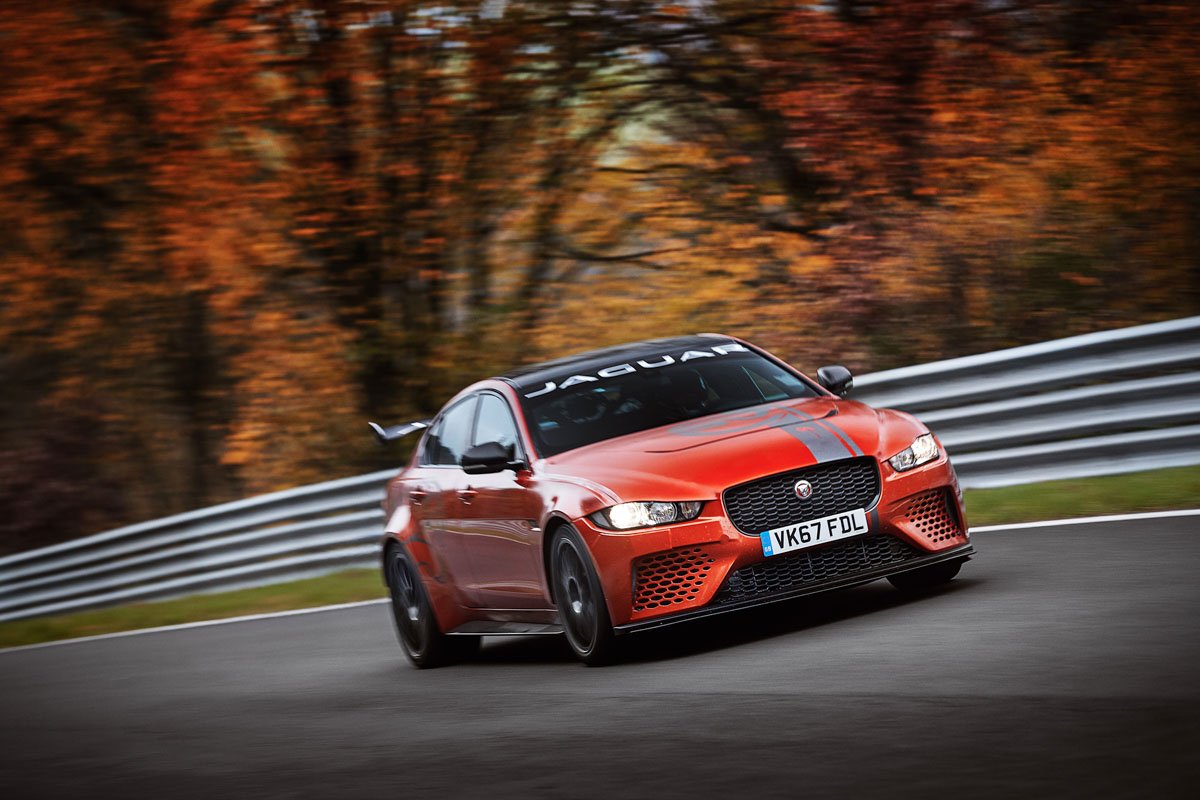 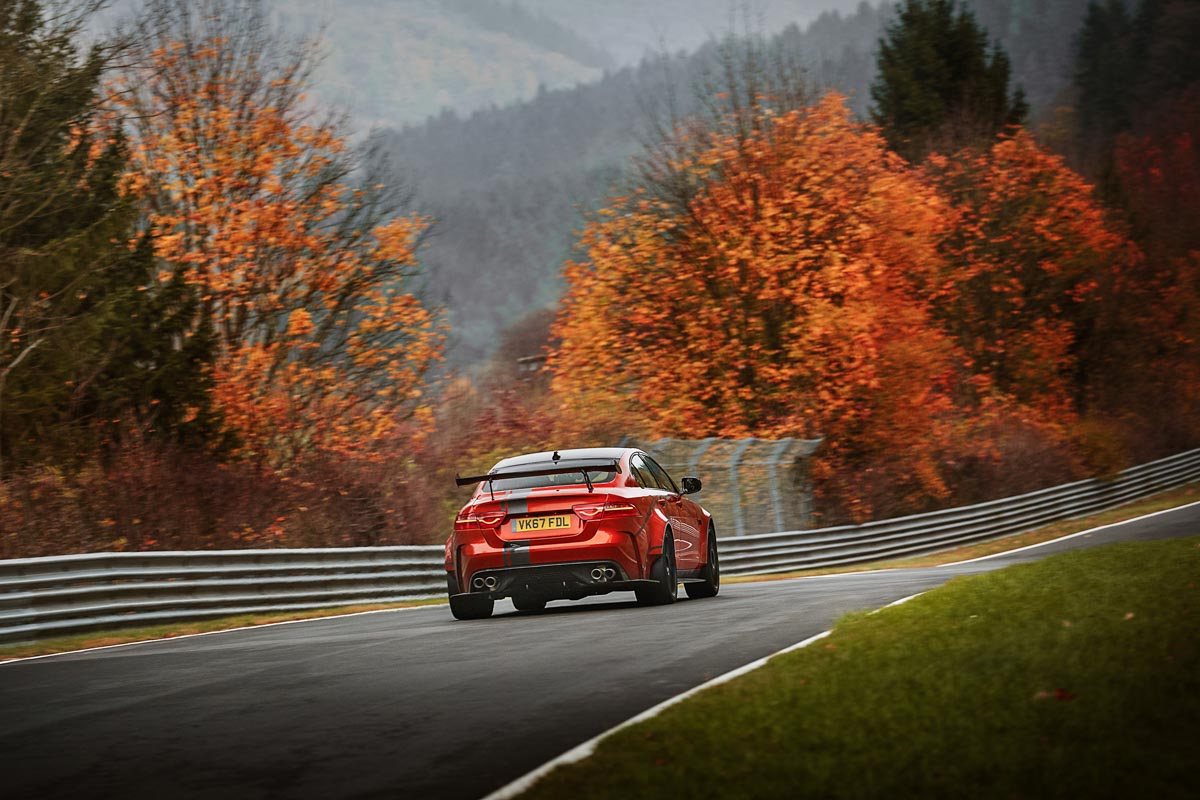 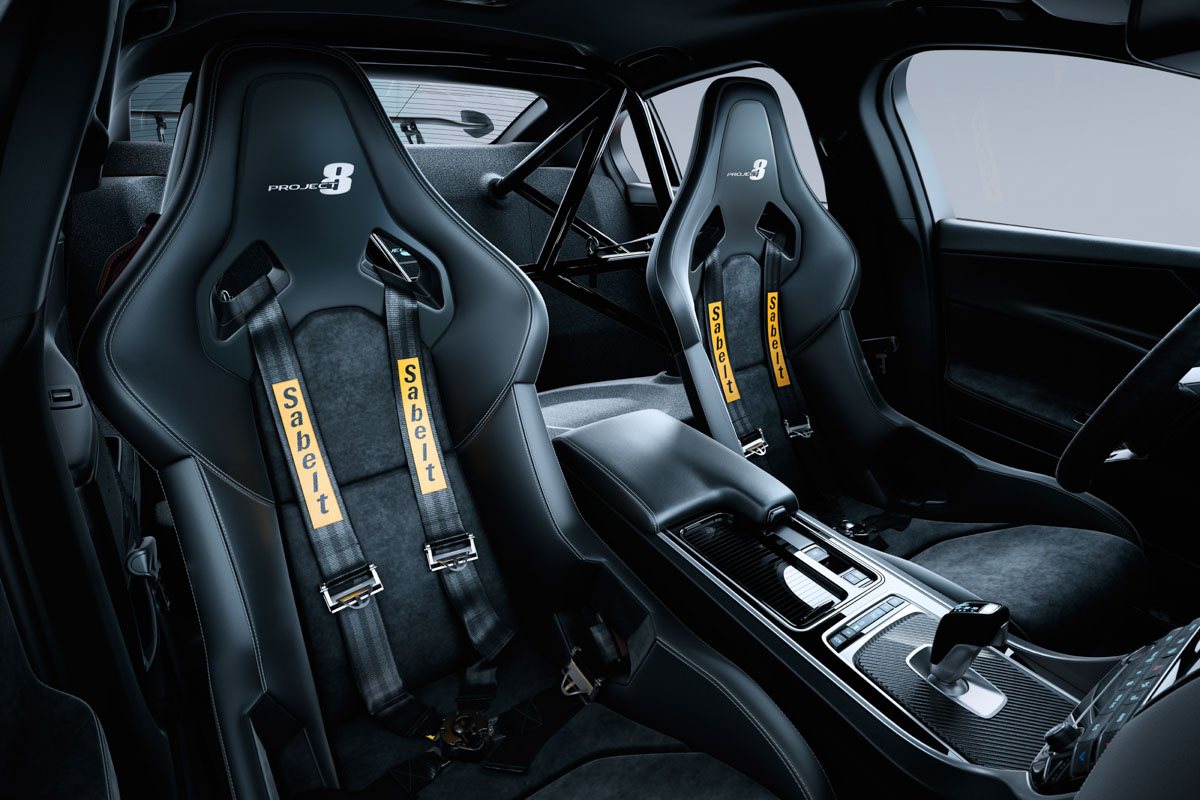 Jaguar’s XE SV Project 8 has broken the Nurburgring Nordschleife saloon car lap record once again, just before production comes to a close later this year. Beating its own time set back in 2017 by 2.9 seconds, a 7min 18.3sec lap time makes it around 7 seconds faster than the Mercedes-AMG GT63 S 4-Door, the next fastest four-door around the ‘ring.

Engineering Director of Jaguar Special Vehicle Operations, Jamal Hameedi, said: ‘The original Nürburgring time set by Jaguar XE SV Project 8 demonstrated the extreme performance envelope of the world’s fastest production sedan, but the SV team is driven by a motorsport mentality and we knew Project 8 could go even faster. This new official record time is a fitting reward for everyone who has played a part in pushing the boundaries for our customers with Project 8.’

The lap was driven by racing driver Vincent Radermecker, perhaps best known in the UK for partnering Rickard Rydell in Volvo’s works team for the 1999 BTCC season. His time puts the Project 8 ahead of some seriously potent machinery: the Porsche 911 997 GT2 RS, Lamborghini Aventador and Pagani Zonda F Clubsport have all set slower ‘best’ laps, albeit in magazine-organised tests.

Powering the model is a 5.0-litre supercharged V8, cranked up to 592bhp along with adjustable suspension and aerodynamics. In addition, a ‘Track Mode’ automatically lowers the ride height by 15mm and adjusts the carbonfibre front and rear wings to their maximum downforce position. The associated figure is said to be 122kg at the car’s top speed of 322kph, some 25 per cent more than its nearest competitor – whatever Jaguar deems that to be.

Although the Project 8 is available as a four-seater, an optional Track Pack replaces that interior with a pair of carbonfibre racing seats, four-point harnesses and harness bar where the rear bench would have been. Also available is a wingless ‘Touring’ variant, should you find the standard car’s aero a little too brash. The XE’s mechanical hardware is claimed to be 75 per cent new, while only the roof and front door skins are shared with the standard saloon.

The Project 8 will set you back just under $187,000, though if you’d like to get your hands on one, you’d better get your order in quick. Production comes to a close before the end of 2019.