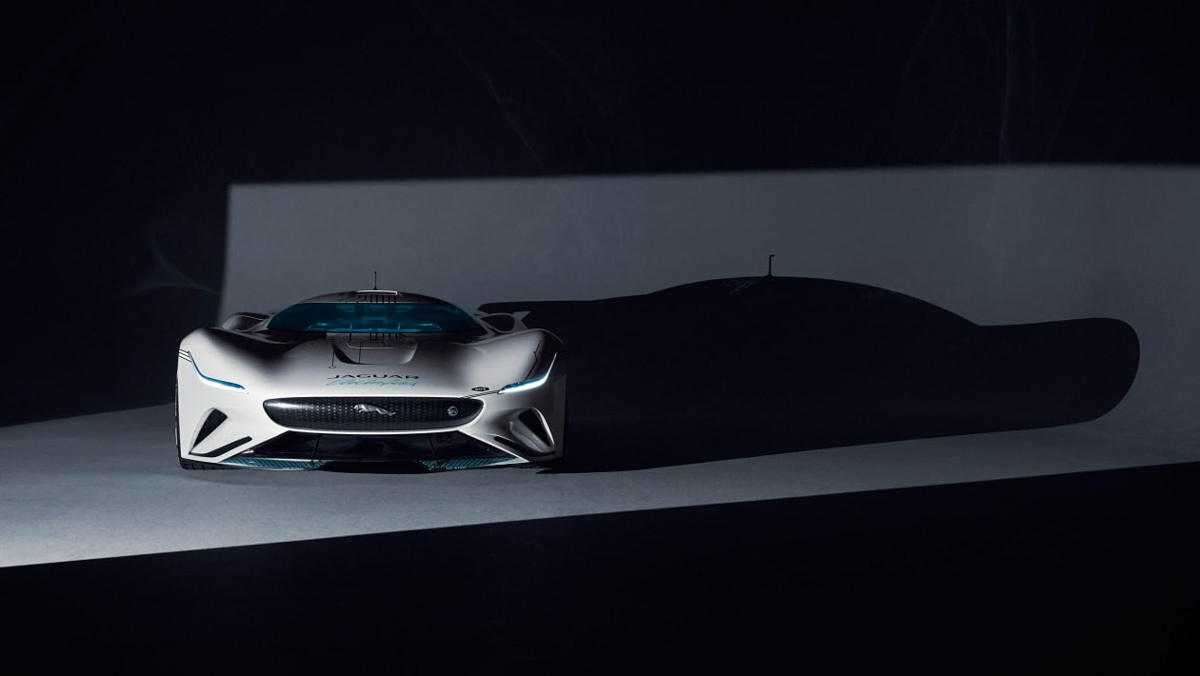 Outlandish and expressive concept cars might not be getting the exposure they once did thanks to the absence of motor shows for obvious reasons, but the virtual world still offers plenty of space for manufacturers to flex their design muscles. Most recently, Jaguar has done just that, revealing its latest concept designed for Gran Turismo, the Vision Gran Turismo SV Concept.

The new concept is a riff on the Jaguar GT Vision Concept first revealed in 2019, but takes the sleek coupe in a new direction inspired by the brand’s extensive racing heritage. The design team, led by design director Julian Thompson, were guided by endurance racers like the C-type and D-type, building on the standard GT’s sleek coupe design with elements that pay homage to those iconic racers.

The Vision GT SV’s changes are predominantly made up from a selection of new aero devices at the front and rear of the body, highlighted by a huge new extended wing which contributes much of the SV’s 861mm growth in length compared to the previous Vision GT. These elements have been tested by Jag’s in-house aerodynamicists and engineers, going through the same fluid-dynamics software tests that all car companies cycle new road-going models through before the physical prototype phase.

The virtual concept is, unsurprisingly, electric, with each wheel having its own electric motor and single-speed transmission. Total power is rated at 1876bhp, with 3313lb ft of torque, but this being a car of the virtual kind, the numbers are a theoretical construct built into a video game’s code rather than representing any physical engineering.

While the Vision GT SV is not indicative of a specific future model, concepts like these do reveal a brand’s thinking and the direction of the vehicles being designed alongside these more expressive exercises. As much as we’d love to see a 1876bhp, 5.5m-long electric coupe, its relevance to the next XJ is probably the most useful aspect of its existence.

The Gran Turismo SV Concept will be available to drive in the next edition of the Gran Turismo racing game in 2021. Jaguar has also built a full-scale vehicle which will also go on display when physical motoring events eventually return.

Previous ArticleLamborghini SC20 speedster revealed – getting in on the act
Next Article ‘The GMA T.50 will be brilliant, but could the Aston Martin Valkyrie be a more exciting car?’