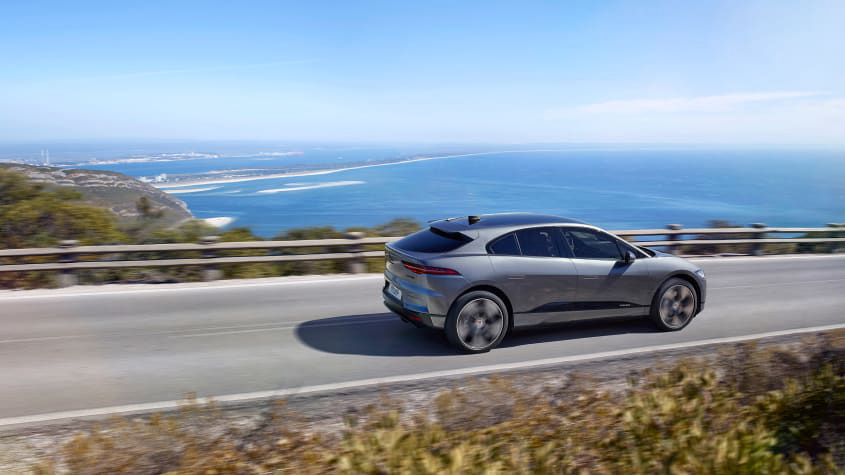 The all-electric Jaguar I-Pace has been given a subtle update for the 2021 model year, with a selection of tech and charging hardware updates to keep it competitive against the wave of rivals from all corners of the marketplace.

The changes have been focused on improving the user experience, starting with a new infotainment interface slipped within the same 10.25-inch touchscreen display. As before, this main touchscreen is paired with the smaller five-inch display below now familiar from other models in the Jaguar Land Rover range, plus a standard-fit 12.3-inch active driver display.

Also new to the I-Pace is JLR’s Clearsight rear camera system as already seen on the new XE and Evoque. The system works by feeding a high-definition wide-angle view from a roof-mounted camera onto the rear-view mirror, giving the driver an unobstructed view of the rear. In our experience the system works exceptionally well, especially on models with compact rear screens such as the I-Pace.

Jaguar’s also improved the charging capability of the I-Pace, integrating a new three-phase 11kW inbuilt charger, allowing for faster at-home charging than was previously capable. Due to the large battery pack, this now makes it possible to fully charge the I-Pace from near-empty at home overnight.

Not much has changed aesthetically, with only very subtle trim updates and a new bright pack making the 2021 model visually distinctive from the current model.

As a result, critical stats remain the same, with the I-Pace’s 90kWh battery pack and the 470-kilometre WLTP certified range unchanged from the original model. Power and torque outputs are also as before, with the I-Pace’s two electric motors producing a combined 394bhp and 513lb ft, which will get it to 100kph in 4.8sec.

The new model will be priced from $80,800, a few thousand pounds less than the Audi e-tron 55 and bang on with the Mercedes-Benz EQC. Compared to its equally specialised rivals, it’s nearly $25,000 less than the Porsche Taycan 4S, but some $12k more than a Tesla Model 3 Performance.