Hublot MP-06 Senna. ‘The Most Complicated’

Hublot celebrates its fourth tribute to Ayrton Senna with ‘the most complicated Hublot watch to date’, the MP-06 Senna. 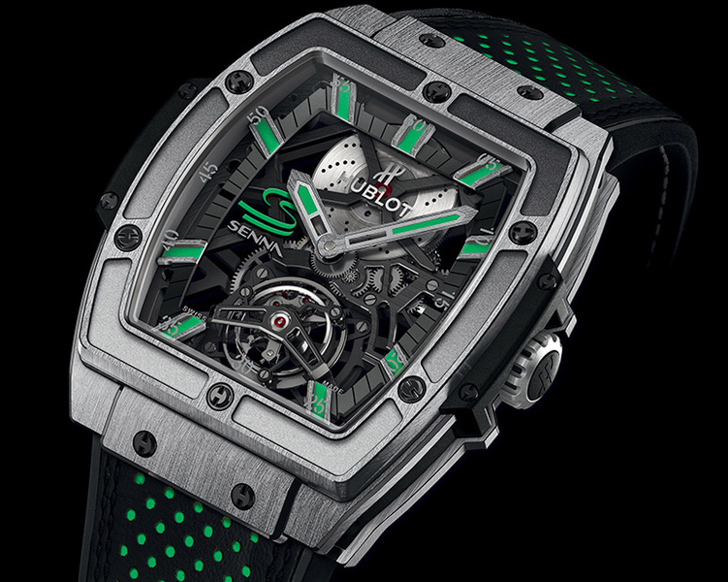 You don’t often see ‘most complicated’ being used by marketing teams to describe a company’s latest creation. Such is the case though with the new MP-06 Senna, a new timepiece from noted horologists Hublot. It is the fourth in a series of watches dedicated to the late great three-time Formula 1 World Champion, and includes a 155-part tourbillion movement with a five-day power reserve, and boasts – get this – a titanium case. And there we thought that holding your breath for a qualifying lap around Monaco beggared belief.

The MP-06 – the latest in a range that started with the ‘Big Bang’ collaboration between Hublot and the Senna family in 2007 – arrives twenty years after the Brazilian’s last Grand Prix victory in Adelaide with McLaren in 1993. In similar tributary fashion, the third Hublot watch – the King Power Aryton Senna – was unveiled in 2010 at the Brazilian Grand Prix to celebrate 50 year’s since Senna’s birth in March 1960. Where they’ve pulled these names from though, we’re not too sure (MP-06 a possible link to the McLaren MP4/6 Senna took his third and final title). 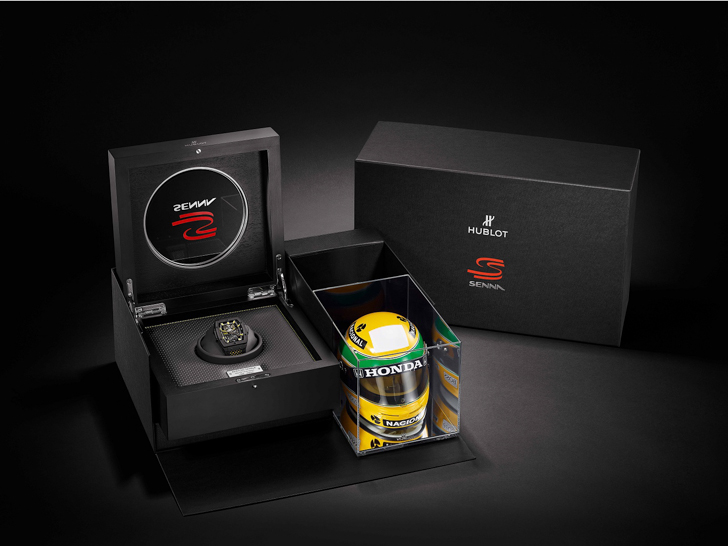 And while the great Brazilian’s colours are not prevalent on the watches themselves (though the famous Senna ‘S’ logo does make the cut, in green, yellow or red depending on edition), each watch is delivered in a case designed to look like a miniature version of his racing helmet.