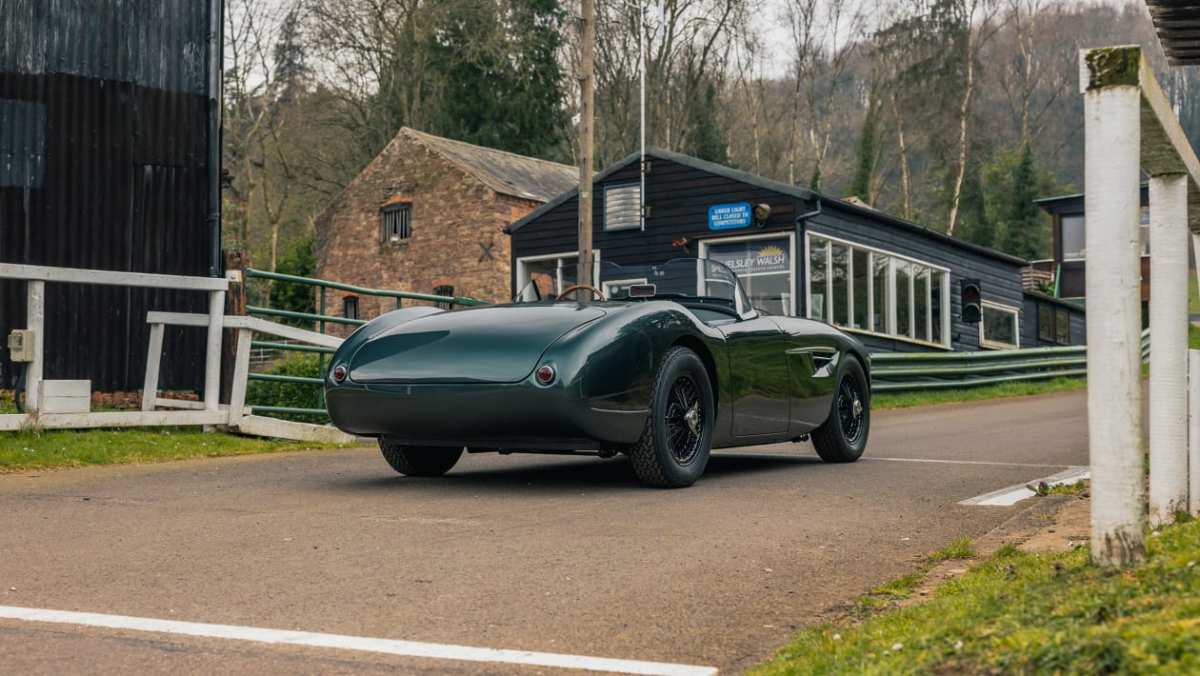 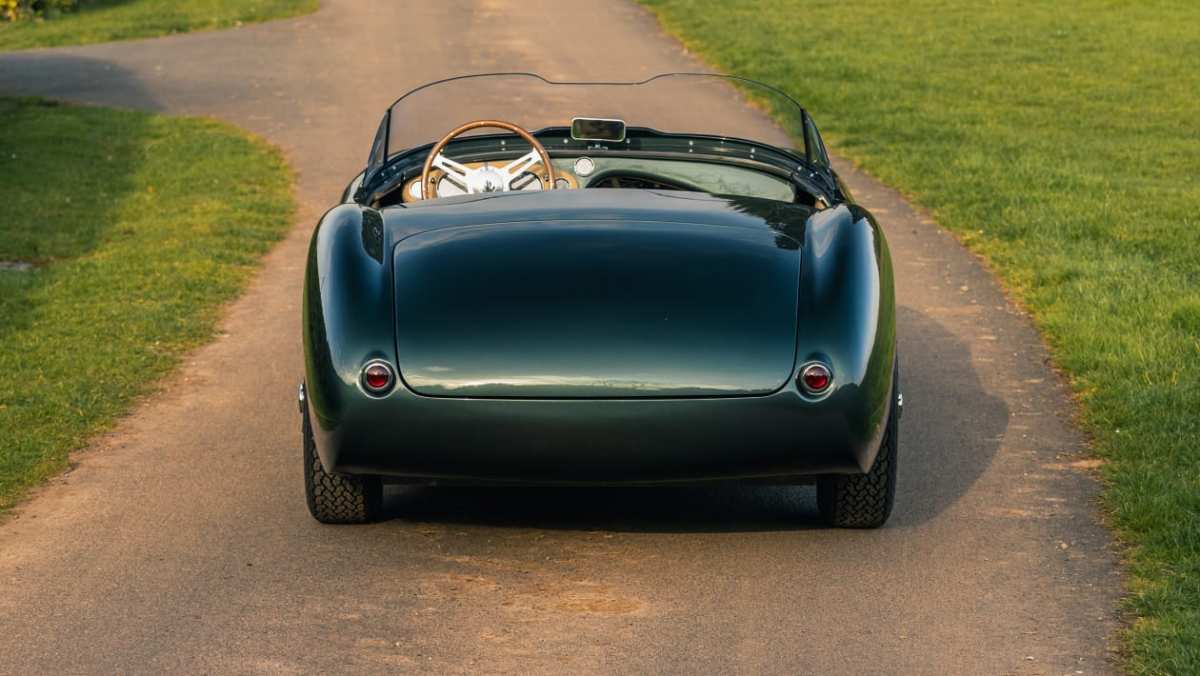 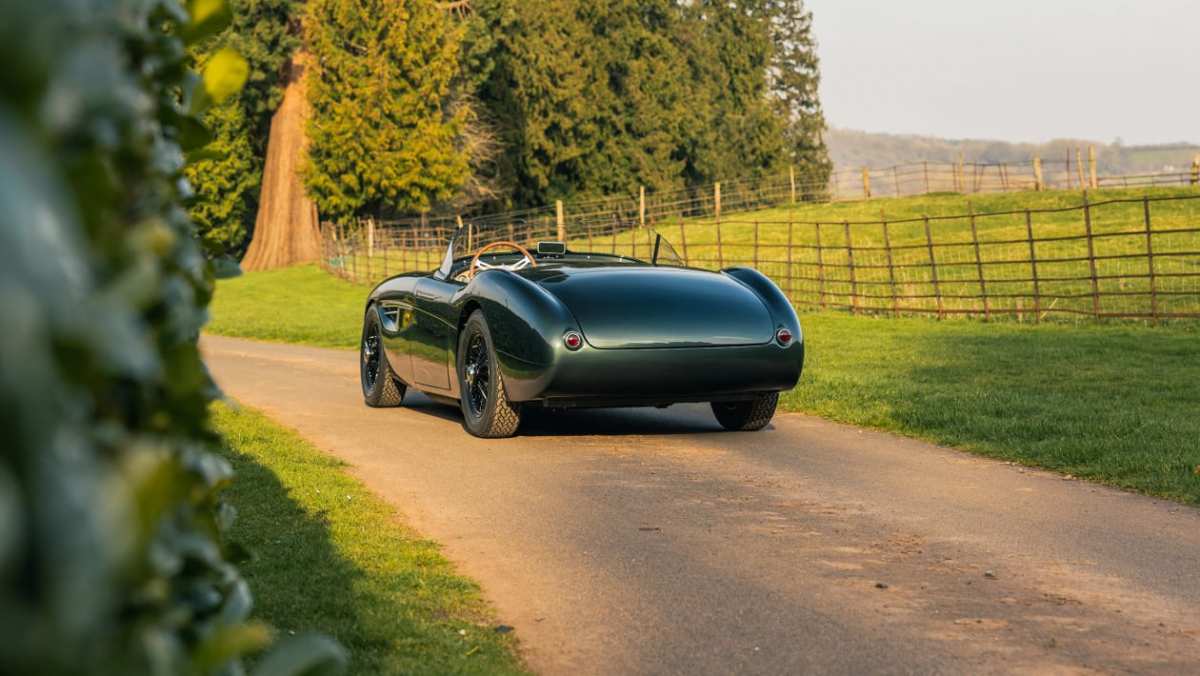 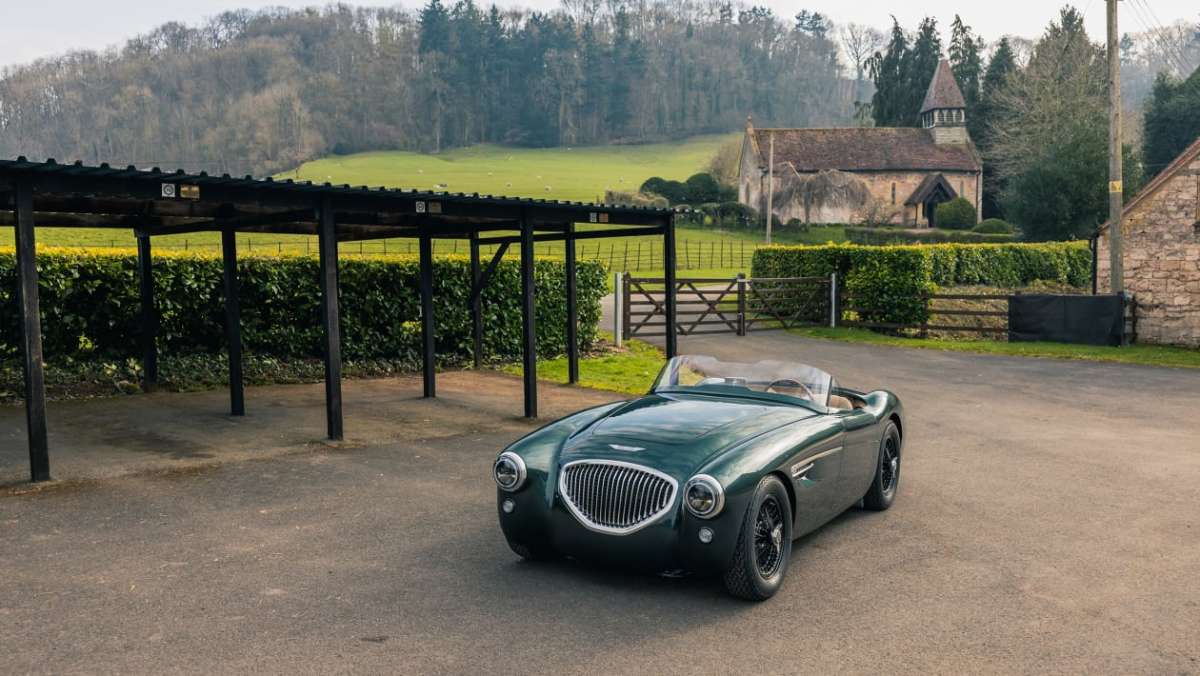 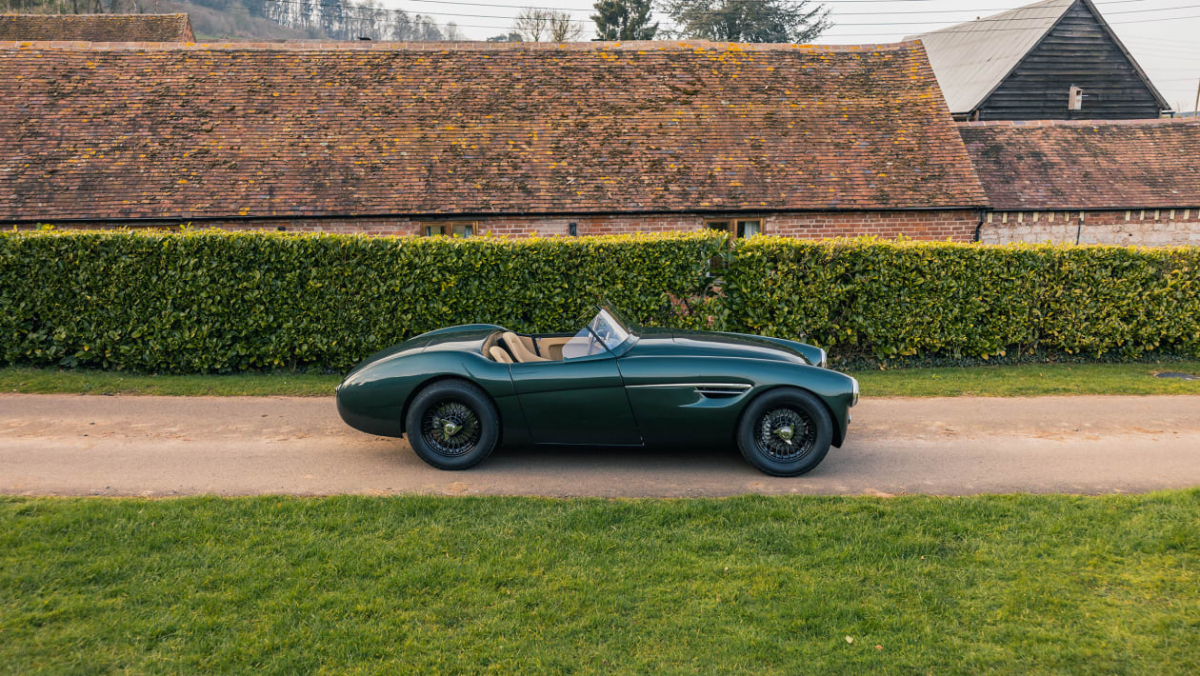 This is the Healey by Caton, an extremely limited-run reimagination of the Austin Healey 100 built by British coachbuilder Caton. Designed and manufactured with an emphasis on extremely fine engineering practice through a blend of cutting edge manufacturing practices and heritage craftsmanship, the Healey by Caton hopes to channel the spirit of the 1953 original through a contemporary lens.

Each unit is built from an underlying donor car, with bespoke panels fitted in place of the originals. These have all been subtly reformed to clean up the fitment and execution of the bodywork, removing beading and panel gaps to create a seamless look. The bonnet and front fenders have also been subtly reshaped to integrate a new grille design flanked by modern LED headlights.

The nose, which is deeper than a standard Austin Healey, then blends into the front wings on which Caton has made one of very few dramatic aesthetic changes by integrating an Aston Martin-style side strake and quarter vent motif. The exterior design is capped off by a speedster-style frameless glass windscreen that flows into the door-mounted quarter glass to create a canopy-like effect.

The rear haunches have also been subtly redesigned, and create a clean minimalist rear end that removes period elements such as the external hinges and boot release. The bumpers have also been removed on both ends, and the rear lights are now a more compact LED design. The body sits on a period-style aluminium wire wheel design, painted black on this first unit and wrapped in a set of Michelin heritage-spec tyres.

While the design has been a point of very subtle modification, Caton has leant on modern technology to ensure fit, finish and panel gaps are at the highest OEM standards – an essential step when attempting to combine period-style English wheel manufacturing with this sort of precision.

The interior has undergone the same level of careful interpretation, maintaining its underlying minimalism, but replacing what was there with high quality elements like the milled aluminium gear knob and top-quality leather on the seats. The interior itself has also been subtly resized to make the interior more spacious for taller drivers.

Under the delicate skin is a 2954cc four-cylinder engine that produces 185bhp and 195lb ft of torque. Built up from an original Austin Healey block, the engine is lightened, balanced and fitted with a new steel crankshaft, high compression pistons, a high-output camshaft and twin H8 carburettors. The exhaust then breathes through a minimalist exhaust system that exits out the side. To cope with the extra performance, Caton has fitted a new five-speed manual transmission and upgraded the driveshafts, while the suspension itself is completely rebuilt, with a double wishbone front end on coil springs paired to a period correct semi-elliptic leaf spring setup.

The name Caton might not be familiar to many in automotive circles, but it has been set up in a strategic partnership with Envision – a company that supports engineering and manufacturing of projects for various large-scale OEMs. Caton will leverage its expertise in this first customer project.

Limited to 25 units, Caton has not announced any ballpark pricing, but the very nature of the Austin Healey 100’s accessible nature should see it priced well below other coachbuild outfits like Eagle, and more on the same page as others like David Brown Automotive. This first example will be revealed to the public on April 21-23 at the London Concours London, before heading to the Bicester Scramble on April 24.