The Pacific Coast Highway. Known authoritatively as US Route 101, it’s a legendary combination of long winding roads and wide-open freeway that traverses three states and almost 2500km of the West Coast of the United States of America. Along its sometimes-sinuous route is a collection of breath-taking landscape, snow-capped peaks and mountainscape flowing almost seamlessly into the white-tipped cresting waves of, and the auburn sunset above, the Pacific Ocean. It’s among the most significant, and oldest, transport links between Washington and California, and, for bikers at least, one of the most scenic and memorable rides you can enjoy this side of the Alps. Clearly Harley Davidson thought the same way when the company invited crankandpiston.com to try its newly released 2017 Touring motorcycle line-up on home turf. How could we say ‘no’?

Tantalising enough as all that is though, it’s not the foremost thing in my mind as our plane begins its descent into Seattle Tacoma International Airport. That would be Harley’s all-new Milwaukee Eight engine-range, the underpinning of our road-trip over the next three days. The Milwaukee Eight after all is revolutionary, and easily Harley’s bravest and most innovative endeavour to-date, no small feat given the company’s heritage includes legends such as the Knucklehead, the Pan, the Shovel, the Evolution and the Twin Cam. Built with intensive focus on customer research though, the Milwaukee Eight represents Harley Davidson’s future.

Like Harley’s legendary board-track racer, it has eight valves, with displacements ranging from 107ci (1,750cc) to 114ci (1,870cc), and will power the Touring models upon initial release in 2017. Power and torque receive their respective tweaks (how could America’s favourite bike manufacturer do any else?) but it’s the Milwaukee Eight’s focus on emissions and fuel efficiency though that propels it so far above its predecessors.

The new eight-valve engines main goal is to make greater power and torque, being emissions-compliant and fuel-efficient. It is also meant to meet a trend visible across the motorcycle market—authentic ride feel redefining chassis, suspension, driveline and a lower heat exposed ride. For starters, the airflow capacity is 50 per cent greater than that of previous engines, the throttle now being designed with a 55mm bore. The newly engineered free-flowing intake airbox is less intrusive for rider space, and faster combustion means less heat exposure for heads and pistons. One can only imagine how many hours of development went into that design….

All this while maintaining that typical, all-important Harley Davidson character that’s 113 years in the making. Not the easiest of tasks that awaits the Milwaukee Eight then on the West Coast, particularly when – shortly after landing and through very bleary eyes – we’ve given a quick tease of the route we’ll be taking.

It’s decided early on that we’ll be foregoing California and Oregan, our route instead focusing on Washington state. Starting from Tacoma, our quarry of Street Glides, Road Glides and Ultra Limited among several others joins the Pacific Coast Highway towards Olympic National Park, following the coastline of Juan de Fucca straight past Bremerton and Bainbridge Island into the harbour city of Port Angeles. Through mountainous roads featuring no-end of switchbacks, our route then falls into the valley below, a stone’s throw(ish) from the Canadian border and around the Olympic Hot Springs, Clearwater and Quinault, alongside some of the most picturesque ocean views in the world. All goes well, and following another short blast down the 101 and around Vashon Island towards Seattle (go Seahawks), our near-1000km journey with the Harley Davidson Touring line-up comes to an end at the Morrano Hotel back in Tacoma. Little wonder those of us who’ve just made the 15-hour, 11,950km journey from the Middle East are keen to get to bed early, fresh for our 6am start.

Shortly after 8.30am (hey, sometimes even the most ambitious of early morning starts hits a road hump), I’m reminded that our genial American hosts do not share the same love of coffee as the Italians: the not-so-black abomination of an espresso I’ve been supplied this morning does little to sap my jetlag, and it’s not too long before I admit defeat and join my fellow Route 101-ers at the omelette station for a much-needed dash of protein.

Even despite the hazy cloud of sleep deprivation that hangs over our hash browns, there’s nevertheless an almost tangible excitement in the crisp morning air. The weather is gorgeous, especially for those of us for whom a 50-degree plus Celsius summer has been the norm since mid-June. Moreover, our Harley Davidson convoy soaking up the rays outside the hotel reception has already attracted its fair share of iPhone snaps and selfies, and while the prospect of trying all of them is enormous, it’s the 2017 Street Glide I make a beeline for first.

Olympic National Park doesn’t hold back on showing its beauty with long and open winding roads alongside Lake Crescent, through deep forest and mountains and with quite some leaning in to do. The Street Glide does this effortlessly and the new suspension allows for a much more controlled and comfortable ride, while still being responsive and connected to the tarmac. One thing that is immediately visible is that the engine block is much smaller on the primary drive cover and air cleaner cover. That might not sound like much, but it really does help create some added leg room around the engine.

Ah yes, the engine. Said oil-cooled 107 V-Twin takes on the road with almost ravenous intent, acceleration on the straights and out of the ever-sharpening bends becoming more effortless as the afternoon progresses, courtesy of the optimised performance of the Milwaukee Eight in comparison to its predecessor. There’s strong low-end torque with a broad, flat power curve through the mid-range, ideal for a touring motorcycle: it’s strong and punchy enough that lumbering motorists are dispatched with ease. The V-Twin though rarely ignites with ferocity or aggression, exactly what you don’t want with on a three-day tour. All this, accompanied with the typical exhaust note and dynamics that are Harley Davidson’s signature. With the Street Glide, the Milwaukee Eight is off to a good start.

But after two hours of alpine touring, I notice something. Something…different. Not odd, and not necessarily bad. Just, different. On Harley rides of old, it’s usually around the two-hour mark that my lower extremities will have lost almost all feeling, given that they’ve usually been jostled without mercy by an American milkshake blender. Not so with the Street Glide. Admittedly there’s a bit of stiffness (easy…), but nowhere near the potential discomfort this same route might have resulted in even five years ago.

“The oil-cooled 107 V-Twin takes on the road with almost ravenous intent, acceleration on the straights becoming more effortless as the afternoon progresses”

This surely is one of the biggest achievements the engineers at Harley have achieved with not only the revised suspension and damper setup, but the new engine too. Time was that vibrations from any Harley would rattle their way into the frame, handlebars and saddle, and thus into your very core, and/or spleen. Now, an incredible 75 per cent of the Harley-typical vibration is gone at idle, without the V-Twin losing its Harley charisma. It’s a development I ponder at large during our stop overlooking Hurricane Ridge. I’d love to tell you more about its sweeping majesty and rifle through my collection of National Geographic clichés, but I’ll be honest, I’m too enamoured by my lunch to pay close attention. The cruise of the Street Glide may well have been effortless, but this quarter pounder with bacon is just unreal. What DO they put in this special sauce…?

Gorging complete – I decide against another translucent ‘coffee’ – my attention swaps to the Road Glide Special for our next leg. 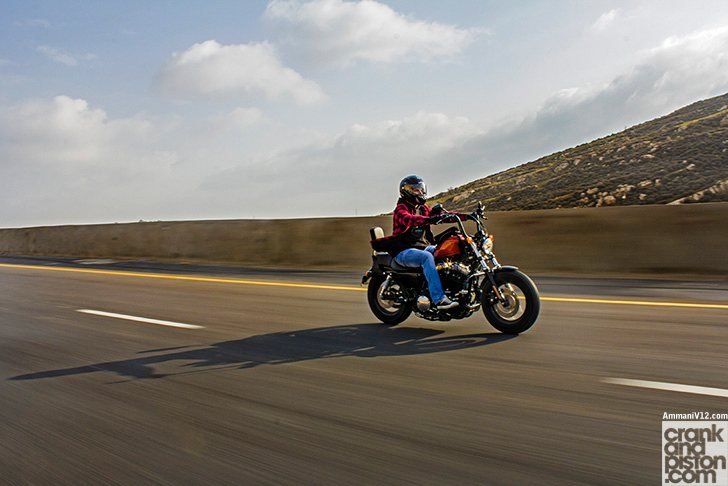 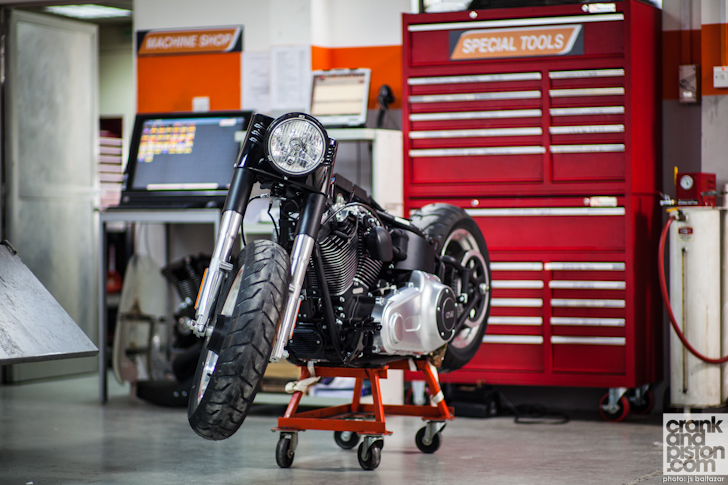 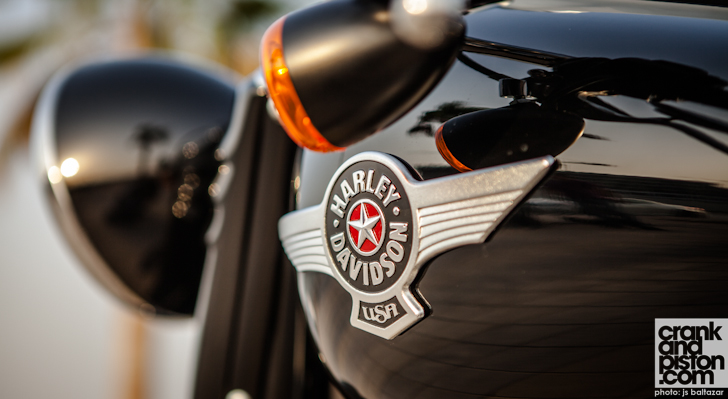