Hard to believe, given its stature as one of the most reputable premium cargo-shifters on the road today, that the GMC Yukon originally came with only two doors. Beefy styling and a gutsy V8, yes, but GM’s newboy still had some creases to iron out in 1992. Wisely, following 18 months of customer feedback for a more functional, practical and – above all else – more refined model, GMC quickly hit the design easel, a five-door Yukon finally appearing in 1995. Board members breathed a sign of relief. With a considerable GMC reputation already built up, the Yukon could ill afford poor returns from the showroom. It was a model that, after all, had spent nearly 60 years in the making.

Bear with me. This does get a little complicated… 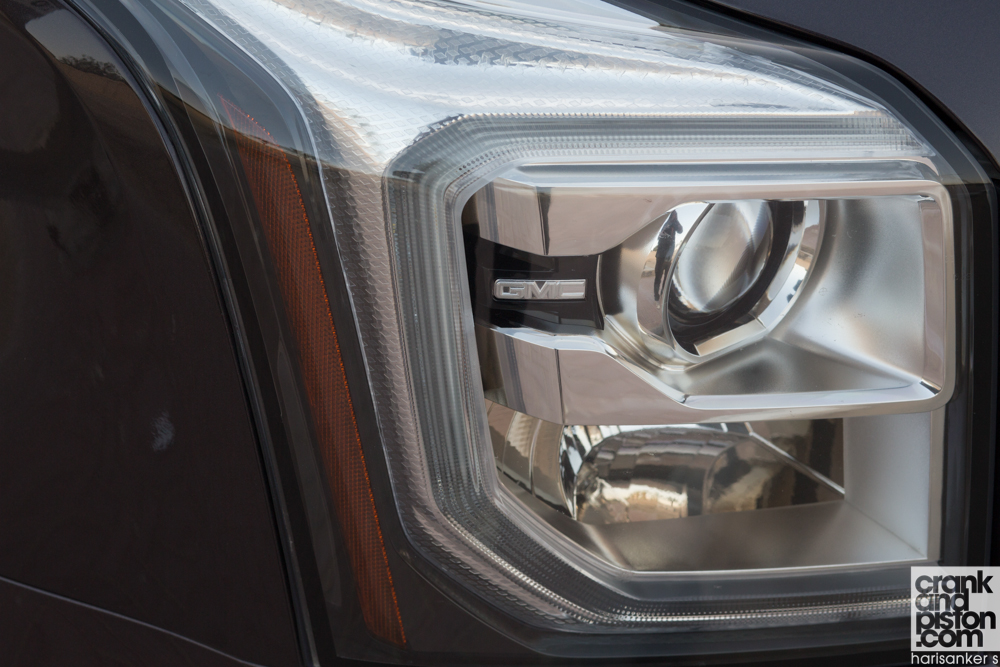 The ever-growing General Motors empire began its first tentative steps towards high-end trucks and customizable SUVs in 1901 with the establishment of the Rapid Motor Vehicle Company. With a fast-established penchant for building commercial trucks already under its belt, the-then General Motors Corporation in 1909 – General Motors Company as of 2009 – acquired the independent Reliance Motor Car Company, the ‘missing ingredient’ from which a well-founded business could flourish. Such would prove the case, the General Motors Truck Company (GMC) making its official debut just three years later at the 1912 New York Motor Show. With the advent of war knocking smaller manufacturers out of business, a thriving GM took more and more independent companies under its expanding belt, and by 1943, the company had absorbed the well-established Illinois-based Yellow Coach company. With solid infrastructure established, the General Motors Truck Company would now become the GM Truck and Coach Division in keeping with its farther reaching acumen. A business model was set.

Job one, establish a name. Check. Job two, develop a product: of the 20,000 trucks produced by GM in 1912 alone, less than 400 bore the GMC emblem. By the mid-1930s however, business had picked up considerably thanks in no small part to GM’s ‘carry-all Suburban’ commercial vehicle, which first appeared under sister brand Chevrolet’s umbrella in 1935. Founded on the same platform albeit with slightly different new emblems, GMC’s alternative ‘Carryall Suburban’ made its debut just two years later, a model that would form the basis of its thriving Truck and SUV company during the years that followed.

Still with me? Good, we’re nearly there… 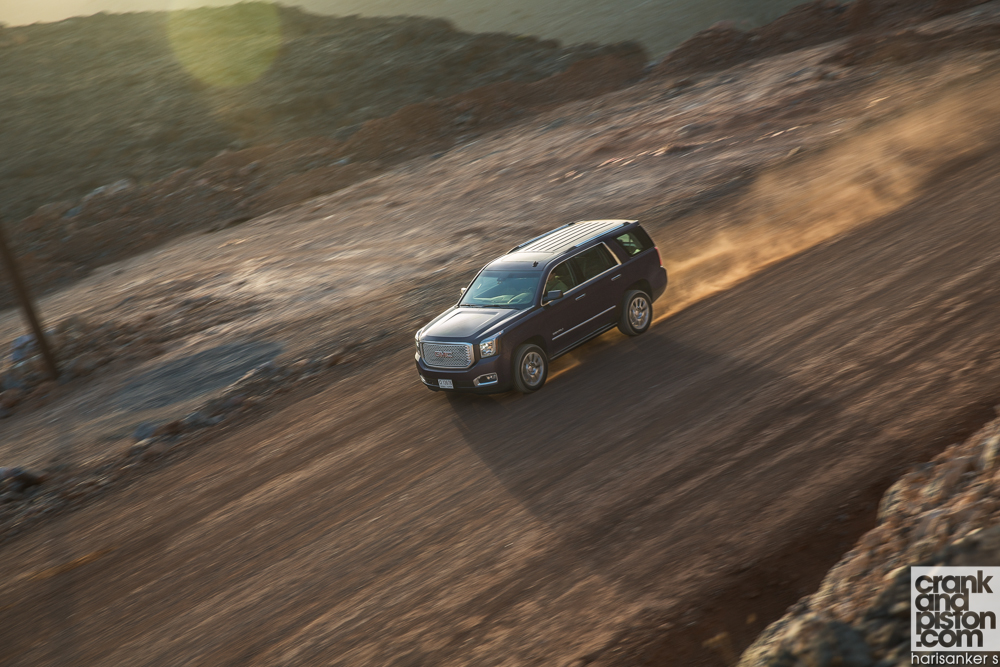 By 1987 and owing to heightened competition, GMC had dropped its focus on bus and coach production, its attention now turning to passenger sport utility vehicles and commercial-savy pick-up trucks. Chevy’s Suburban meanwhile was into its eighth generation, by far the longest iteration of the company’s mainstay product (1973-1991). Transition however was in progress. In 1988, Chevrolet bought the rights to ‘Suburban’, a generic term used by Dodge, Studebaker and Plymouth among others for the best part of a half a century. A ruling that also left sister brand GMC partially out in the cold. Moreover, GM’s financially-driven decision to use the brand new GMT400 platform for its new Suburban (in-keeping with its pick-up truck division) allowed the SUV a degree of flexibility it had arguably never been given before. With Chevy’s longer-wheelbase GMT400 model retaining the Suburban name, two smaller alternative products with almost identical foundations and only slightly different cosmetic changes made their respective debuts.

Building on the popularity of its pick-up truck by the same name, Chevrolet christened the new SUV the Blazer. In deference to the smallest and Western most of Canada’s three federal territories (in the hope of rustling up some more business), GMC named its counterpart the Yukon.

So began a dynasty. 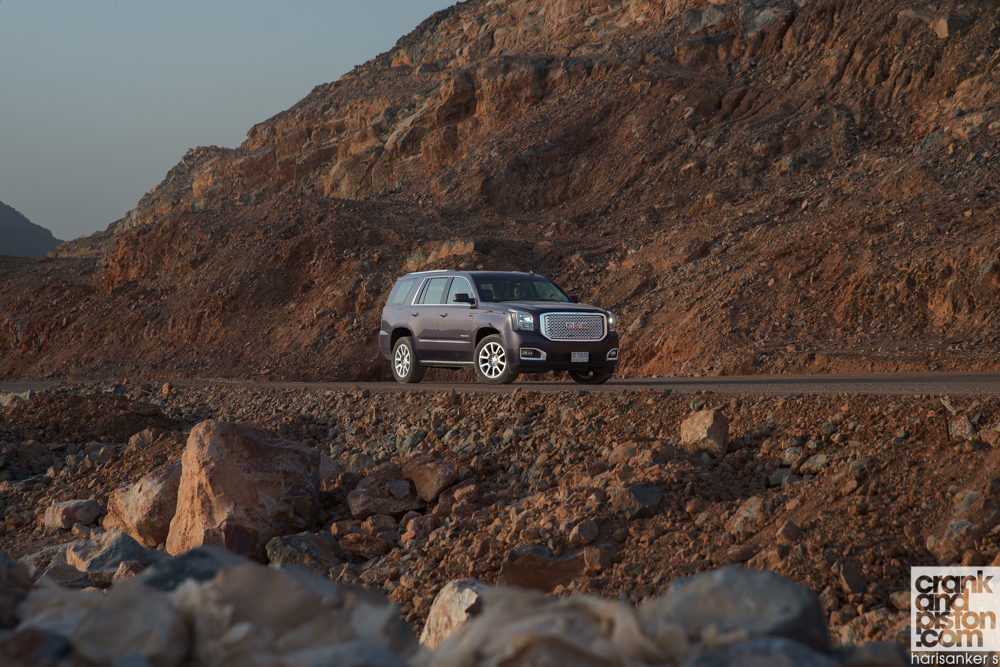 Available in both RWD and 4WD in 1992, the Yukon/Tahoe shared much of the same GM-derived technology, including a base spec 255hp 5.7-litre V8 under the bonnet. The ever-burgeoning divide however between Chevrolet and GMC – the latter of which moulding itself into a slightly more premium alternative to the former – made greater strides in 1999. Based on the new Silverado pick-up derived GMT800 platform, much was again shared between the Tahoe (former Blazer) and the Yukon, albeit with the GMC counterpart now offering a finer leather interior, keyless entry and cruise control as well as a powerful albeit downsized 278hp 4.8-litre V8. Another notable upgrade in 1999 was the upscale Denali trim, a bi-product that would increase in significance over the coming decade and ultimately become it’s own sub-brand: last year, Denali models equated to 20 per cent of GMC’s overall sales, one of GM’s most successful.

Still the divide continued however, with GMC customers – a taste for refinement on their palettes – now asking for improved fuel economy, greater functionality and cabin space, and more iconic styling. The introduction of GMC’s mid-sized Acadia in 2006 paved the way for more distinctive styling hues, the more curvaceous lines and elegant visage a far cry from the company’s more established/staid ‘boxiness’ of old. Under its facelift, the new GMT900 Yukon was both wider and lower for improved handling and ride comfort, and for the first time allowed seating for up to nine passenger, thanks to its three-row benches. The 4.8-litre V8 now hit 295hp, though not at the expense of fuel efficiency, the L/100km numbers having dropped considerably. This year, GMC has taken yet another step towards greater refinement and fuel efficient motoring with the 2015MY iteration, courtesy of updated infotainment systems, revised trim and cosmetics, and a brand new EcoTec3 5.3-litre V8 courtesy of GM’s new green initiative.

Just goes to show that a lot can change in 22 years, especially with a heritage that dates back to 1937.