Brother to the T.50 and different in spirit not just layout, this is the car Murray’s been wanting to build for 25 years 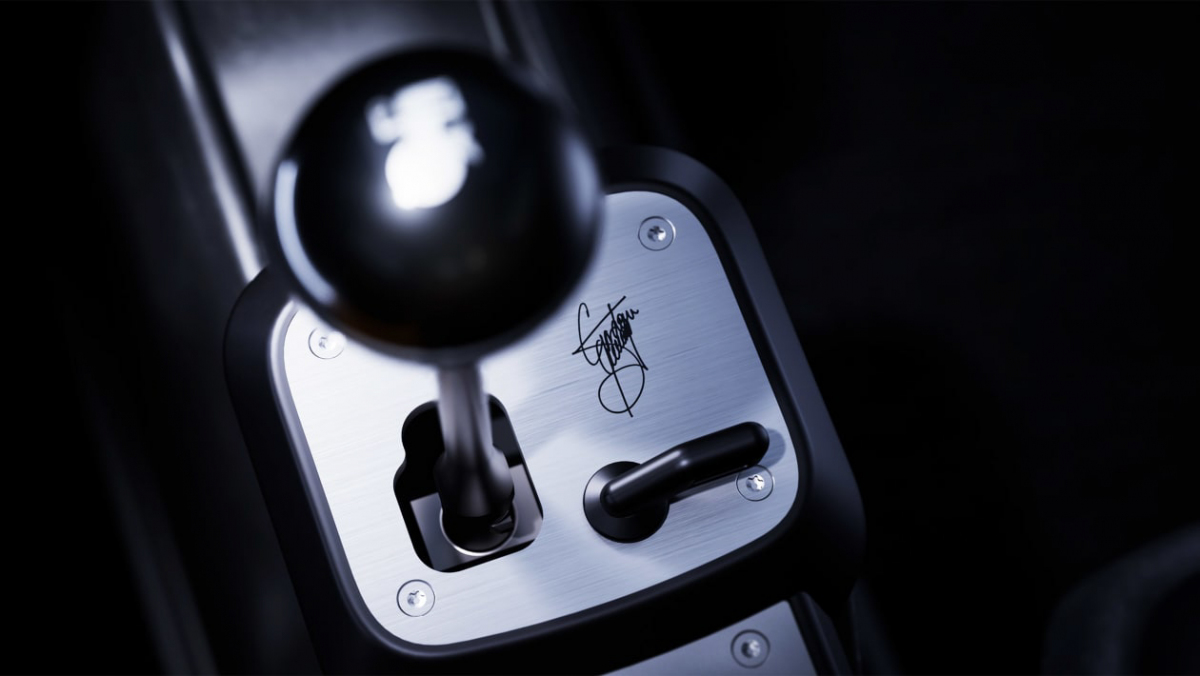 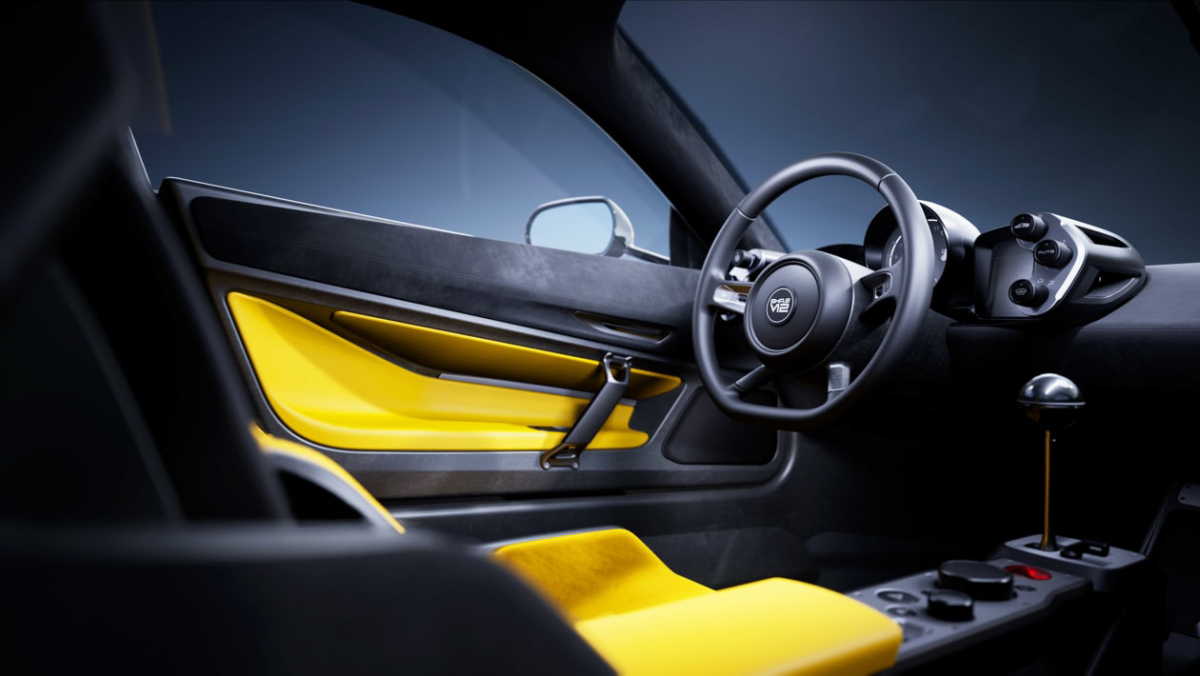 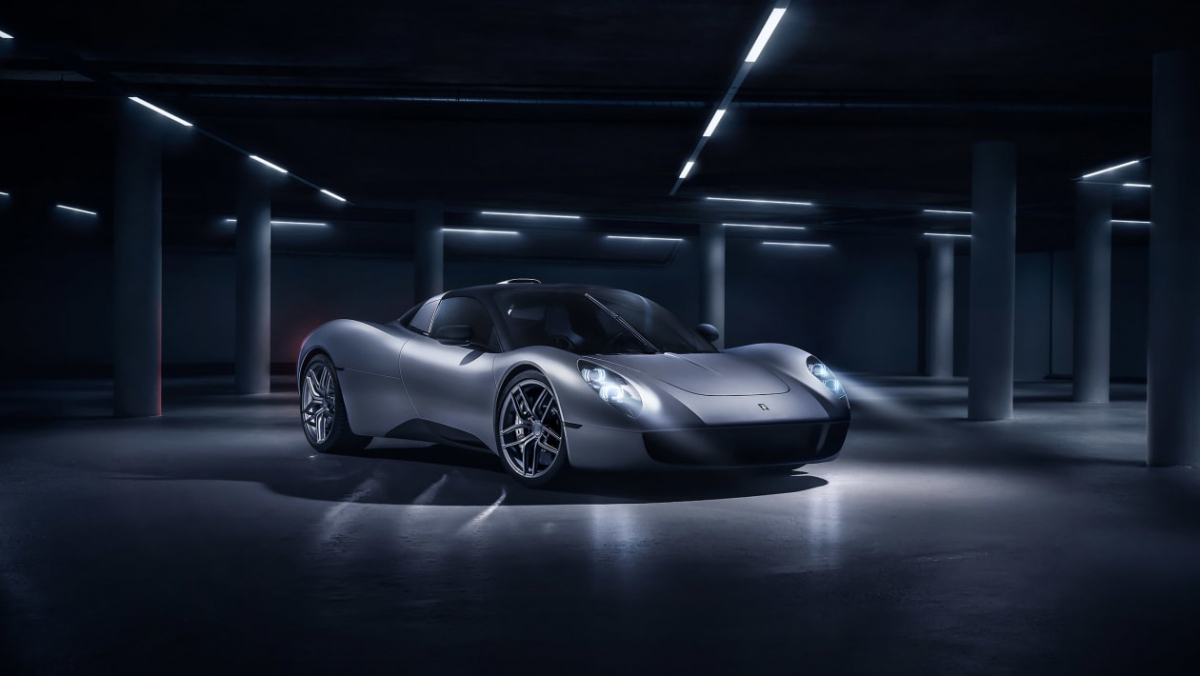 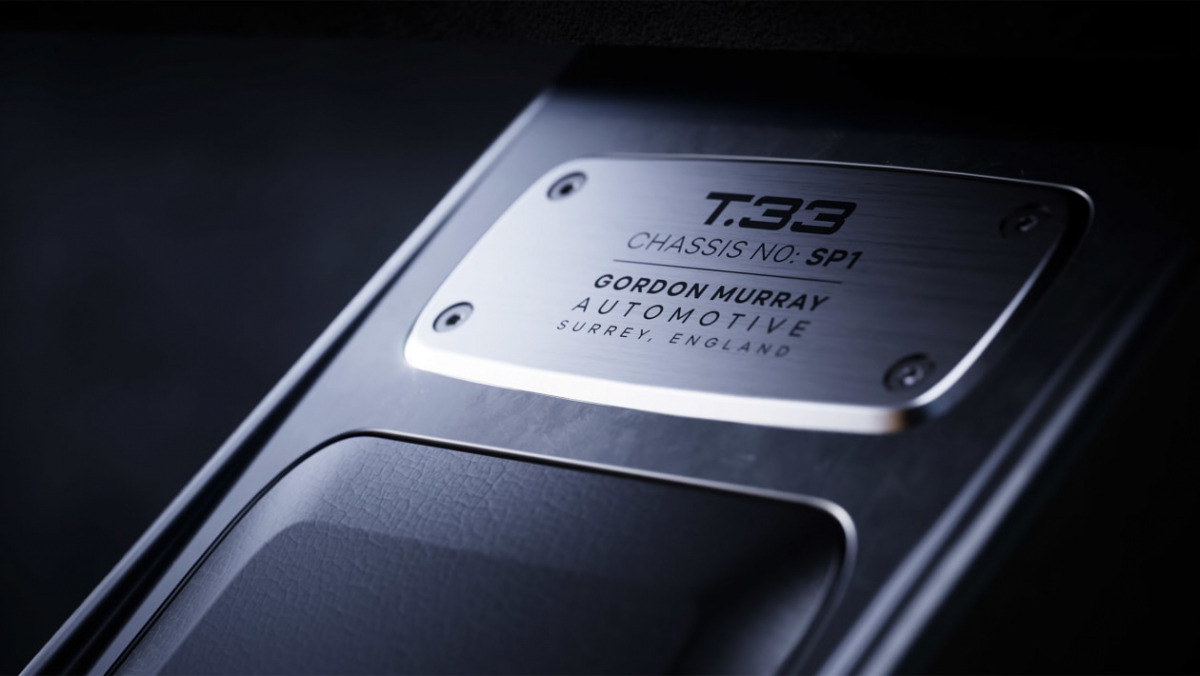 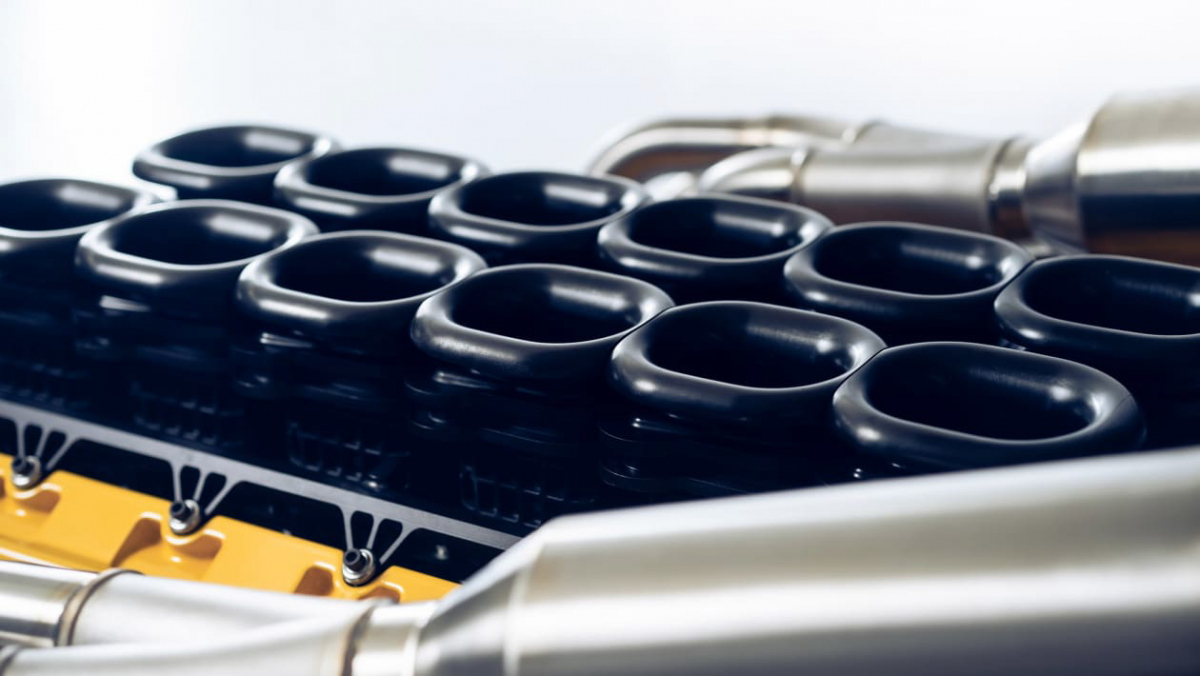 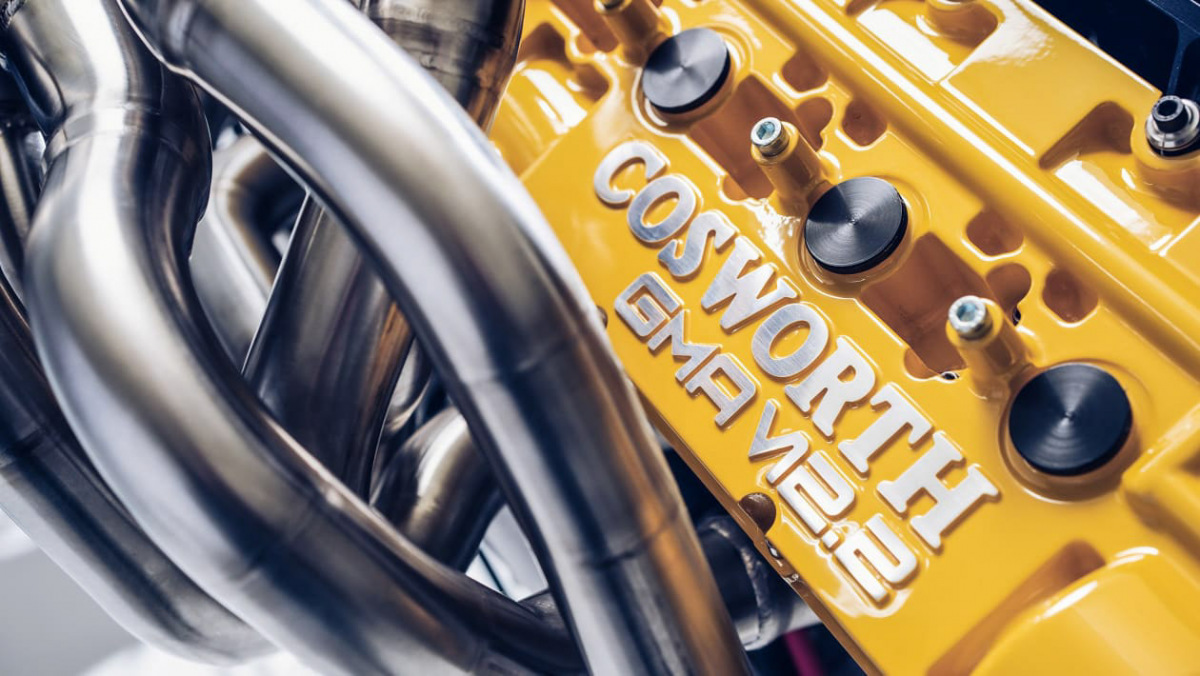 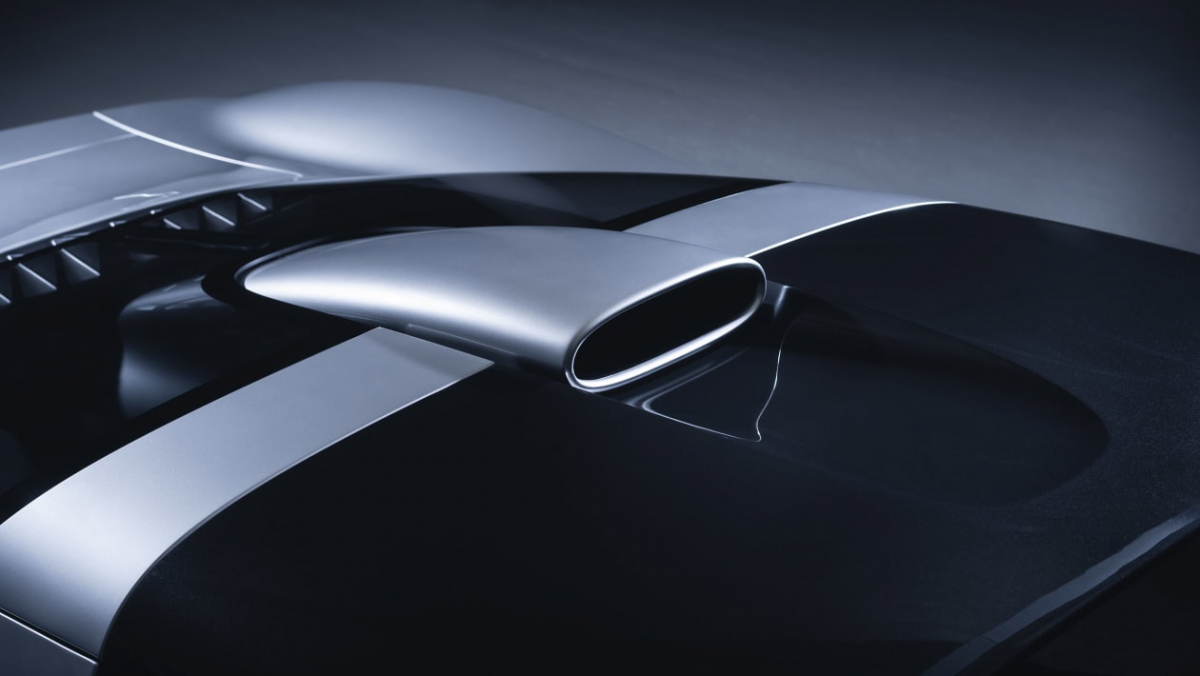 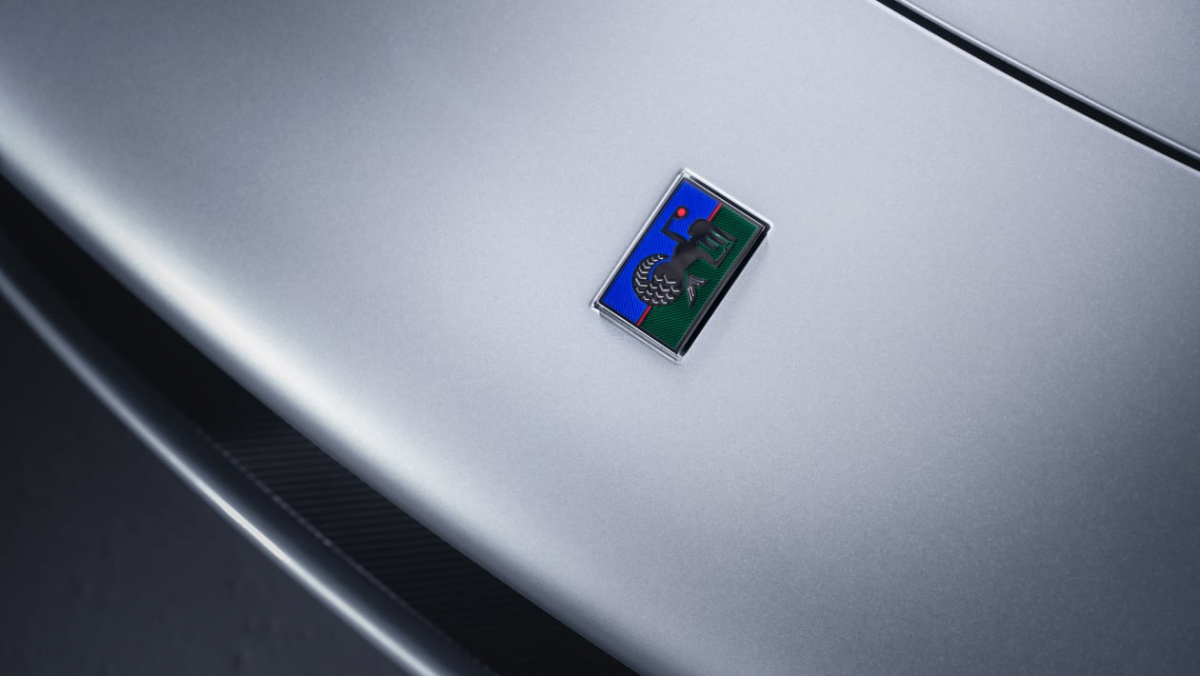 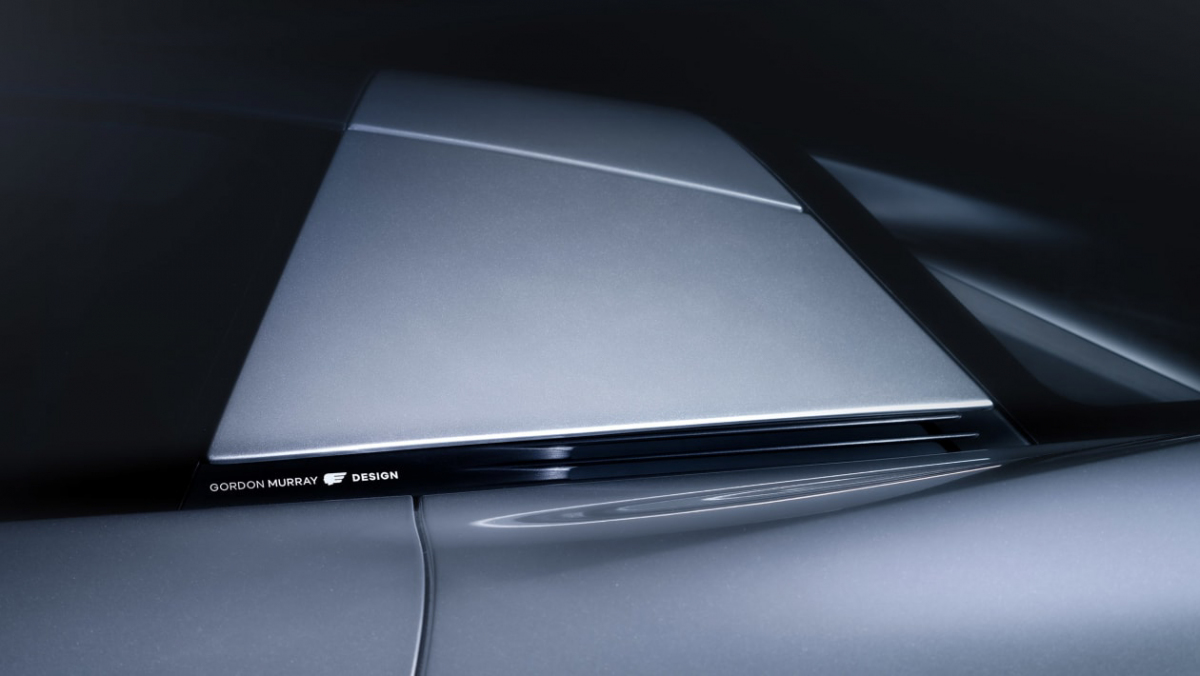 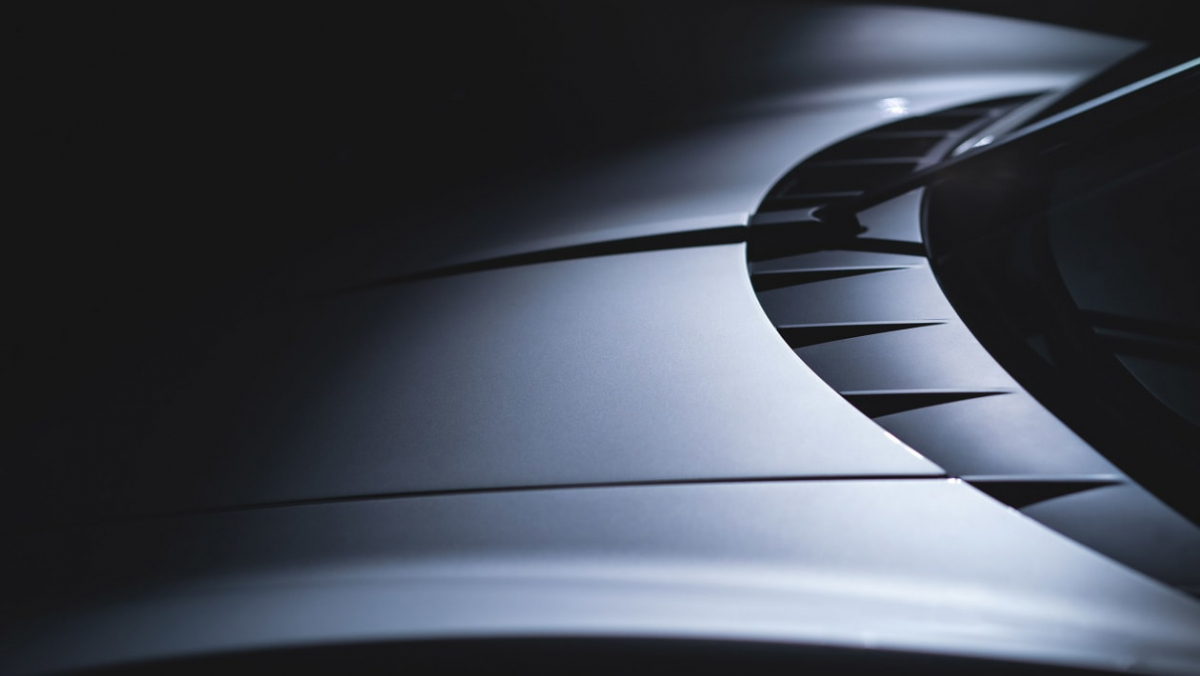 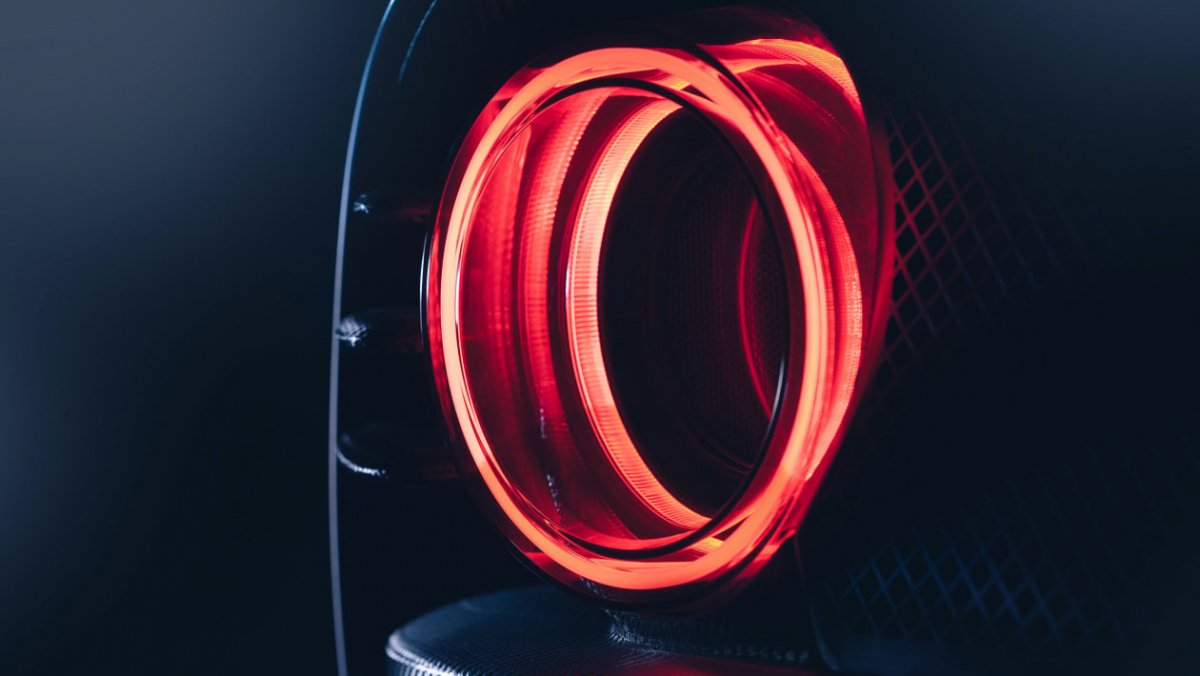 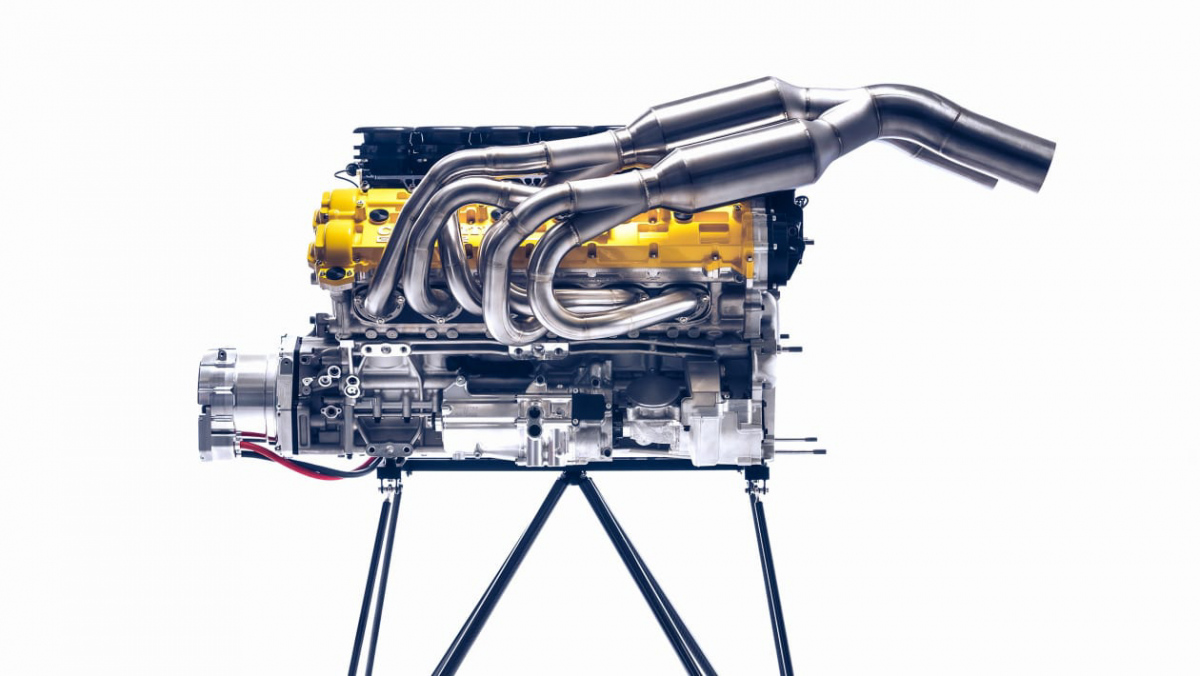 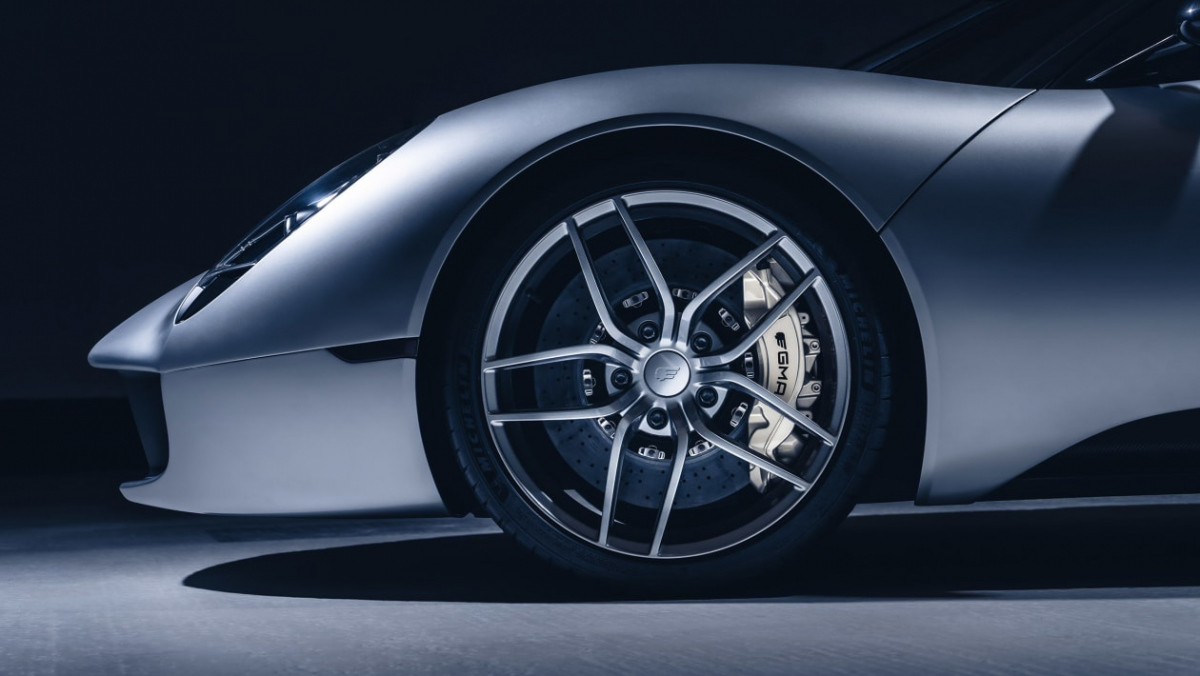 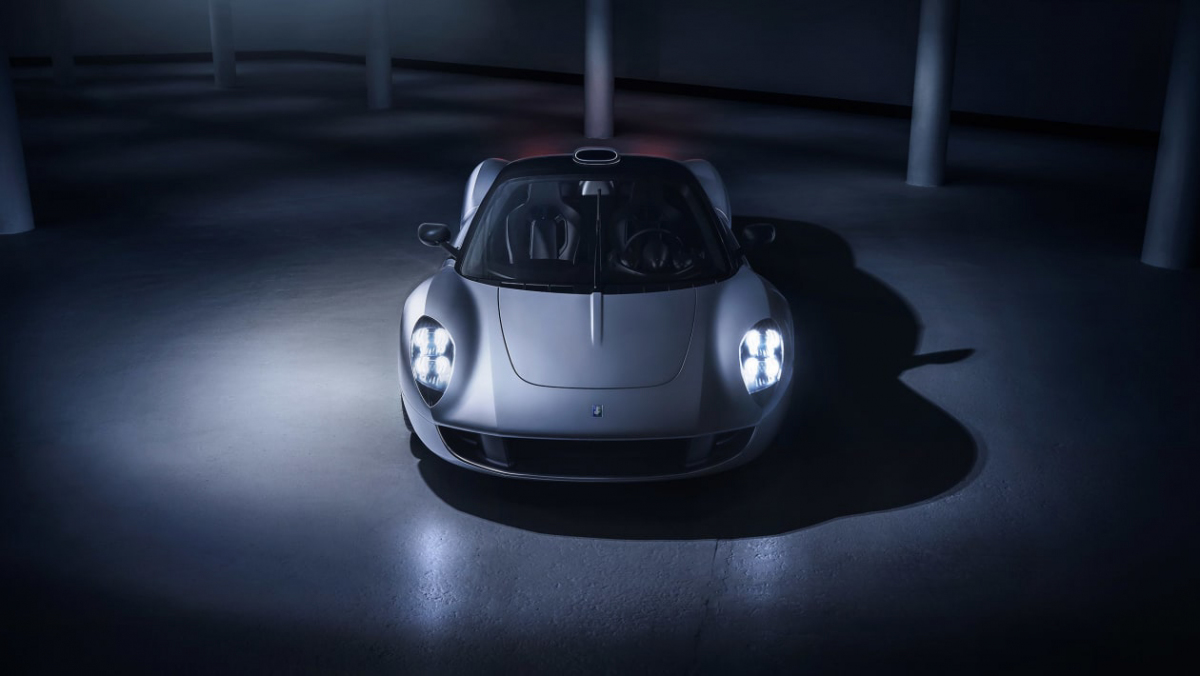 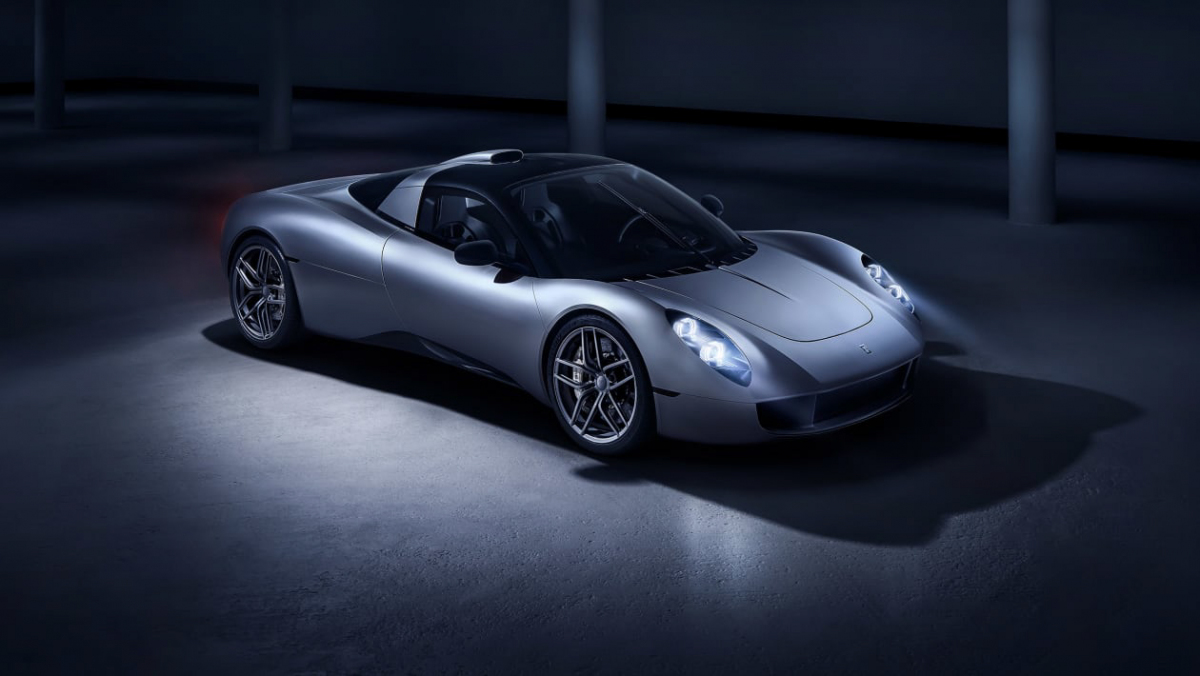 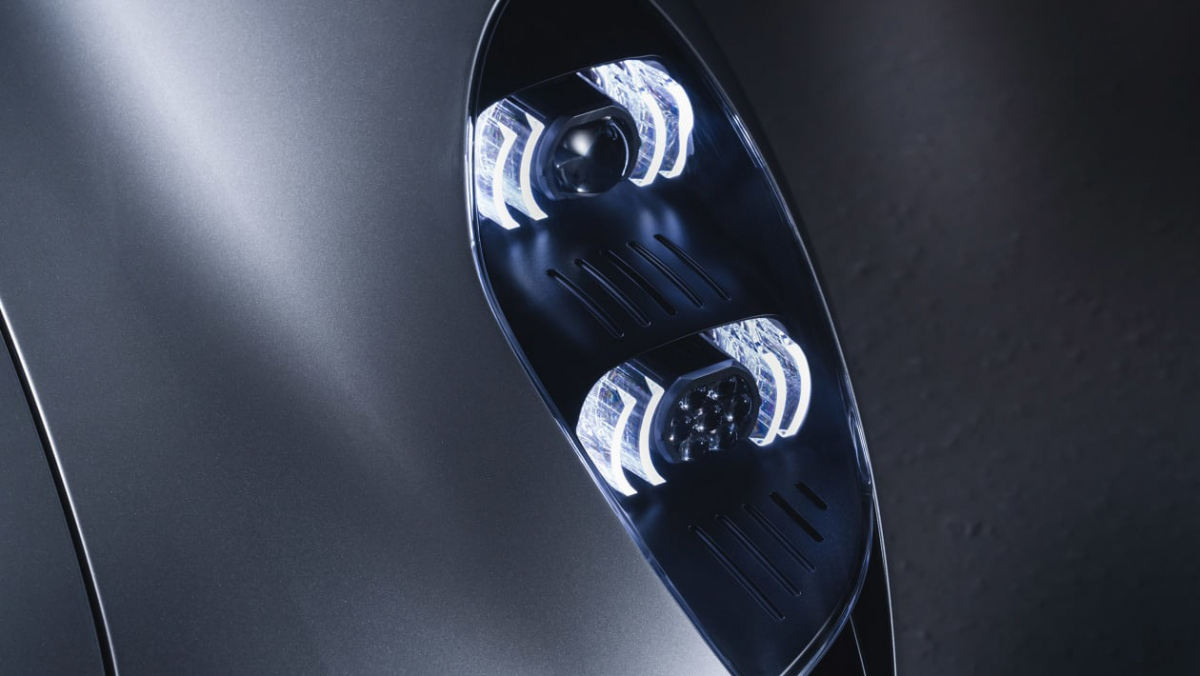 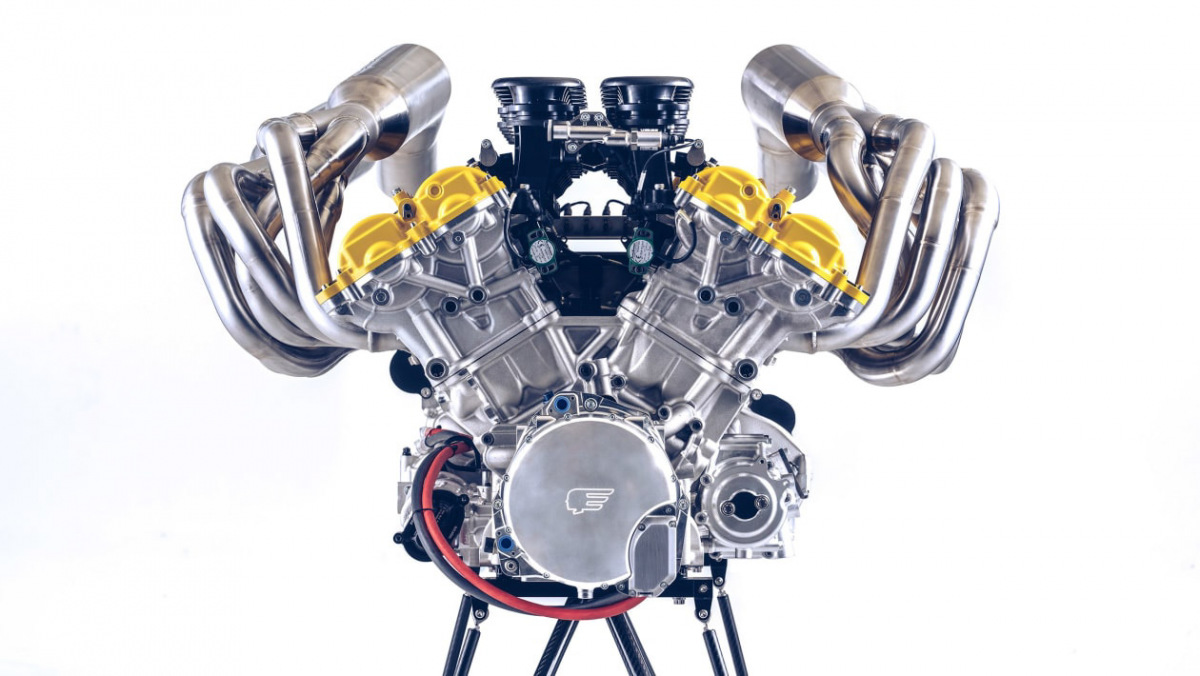 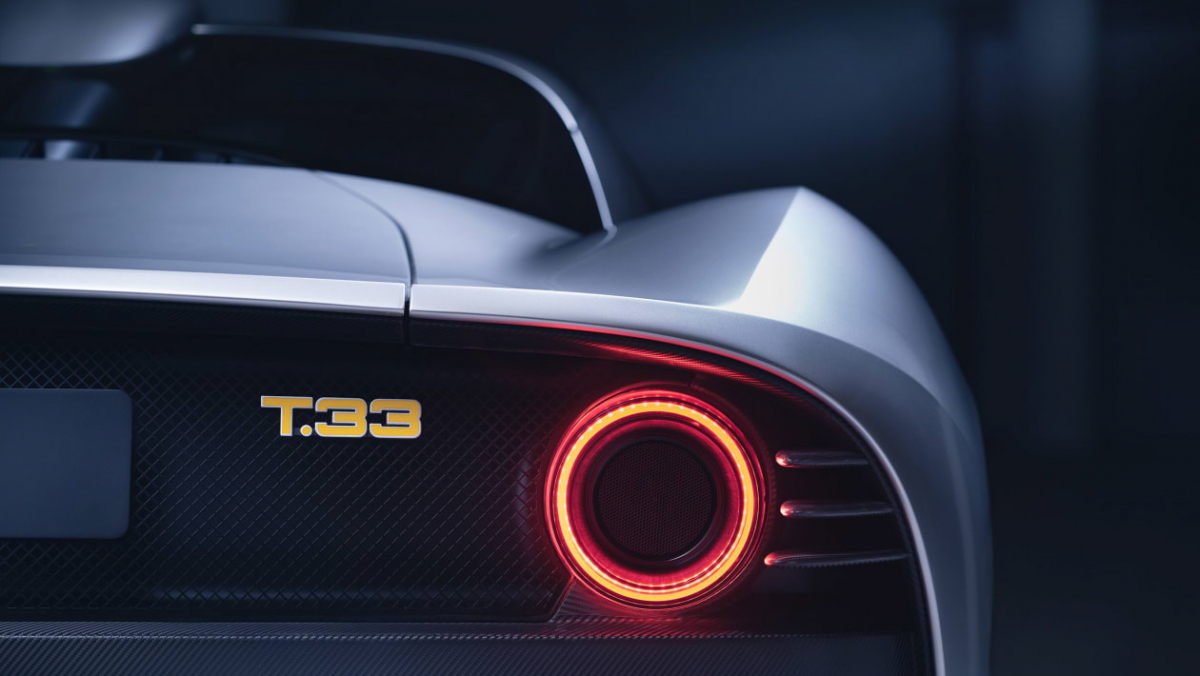 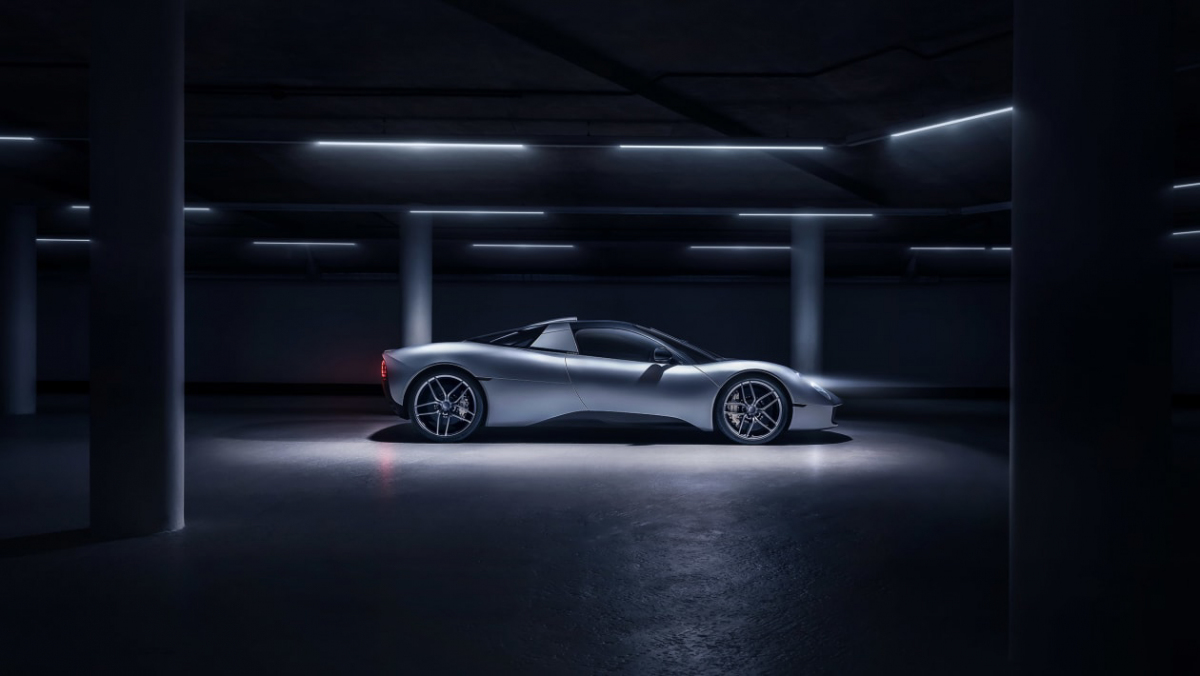 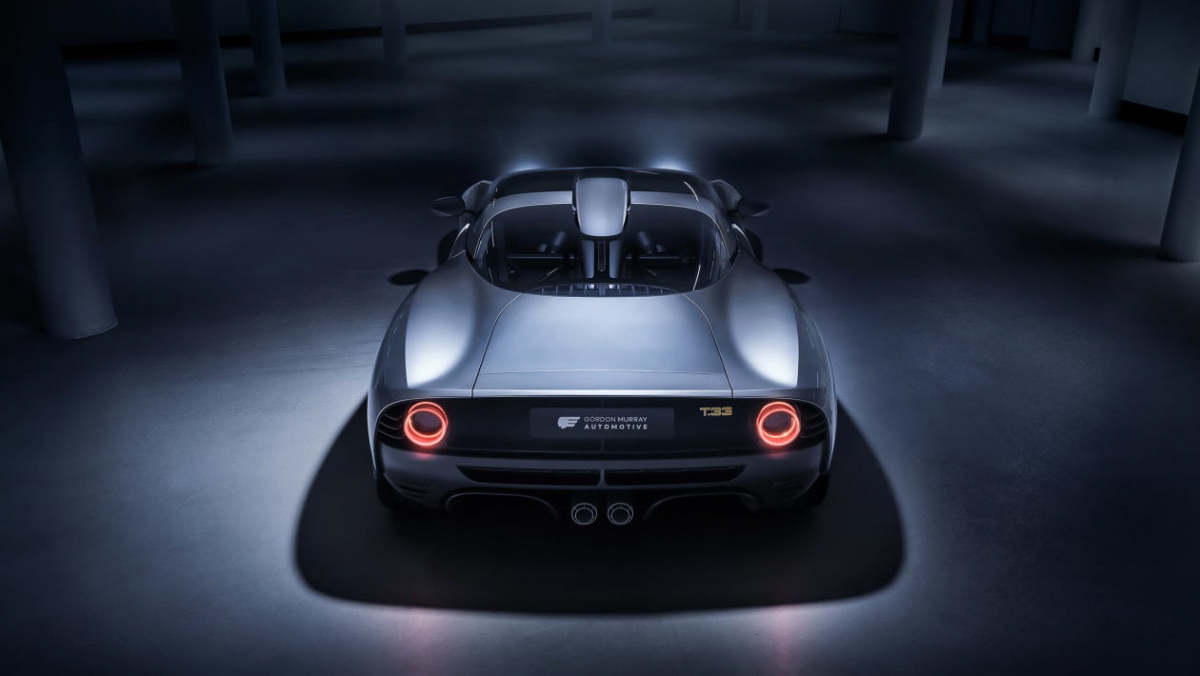 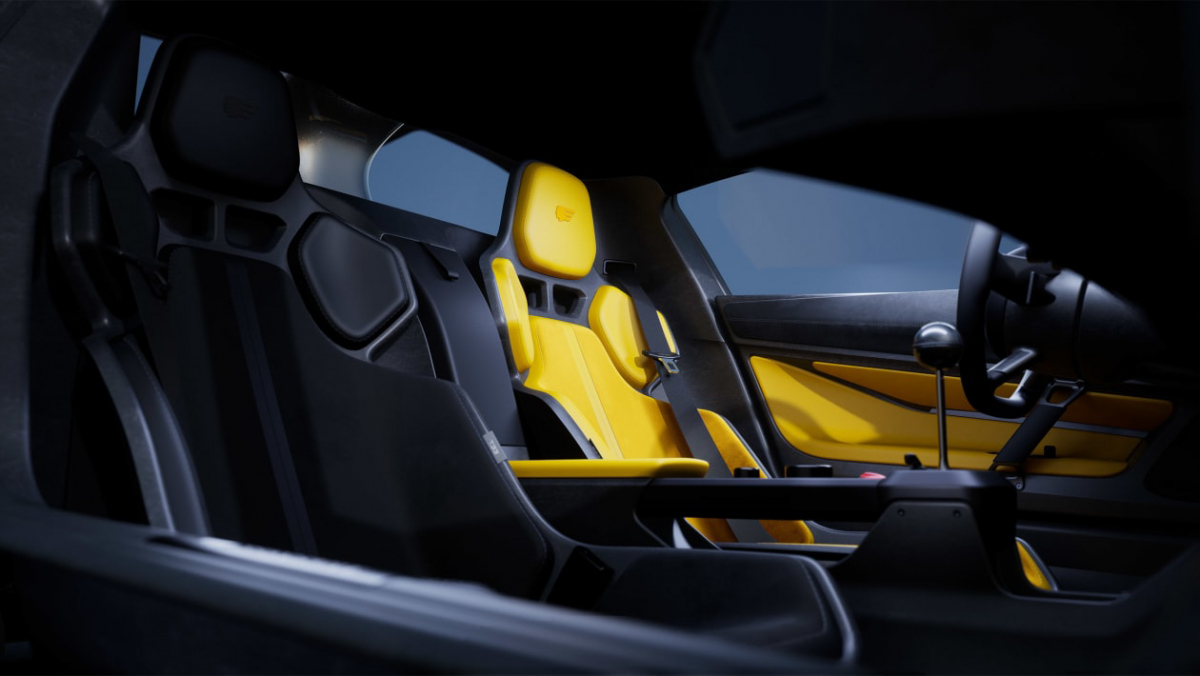 This is the GMA T.33, Gordon Murray’s latest supercar and the T.50’s little brother. Well, we say little brother, but it uses the same Cosworth-designed GMA V12 – albeit slightly revised – and still costs $1.84M plus local taxes. As with the T.50, just 100 will be made, and Murray says already over half of those have been sold.

The T.33 is a more conventional car than the T.50. It features two seats mounted side-by-side in the usual manner, and does without the large, rear-mounted fan and its extreme downforce generation. Nevertheless, with its classical styling, favouring elegance over aggressive aero devices, the T.33 looks to have its own distinct appeal. “This is a car I’ve had in my head for decades”, says Gordon. “I’ve always wanted to do a motor car that picks out my favourite 1960s sports racing car features, not retro in any shape or form, but one that uses those shapes in a modern form”.

Sure enough, look closely and there’s clearly influence from the likes of the Ferrari 512 and the Porsche 917 K. “(This car) moves on from T.50 but not in a totally different direction because the seven core principles in GMA apply to everything we do. (It’s) a supercar with no real influence from what other people are doing, just what we feel would make a great-looking little supercar that people will really use.”

The T.33 is also homologated for the US market, unlike the T.50, which will enter the US under ‘show or display’ rules. Making the car ‘fully federal’ has added $38M to the bill, according to Murray, but makes it a true ‘world car’.

“We don’t follow trends; there seems to be a trend (amongst supercar manufacturers) for making the next one look more and more outrageous just for the sake of it, and we wanted to do a pure motor car – like T.50 – using classic shapes and curves, and which we hope will look good in 50 years time. It’s a genuinely styled motor car, so there’s nothing on there that doesn’t have a function – no slot, louvre or fin. That’s what GMA is about: we have our own say over everything, there aren’t layers of management, and I have a fantastic team of people, we think the same way, so turning something that was a concept in my head 25 years ago has been fun.

Not having to incorporate a giant fan at the back of the car has arguably helped the aesthetics, even if the T.33 can’t claim anything like the aerodynamic performance of its relation. What the T.50 did provide was learnings from its own aerodynamic research, which told GMA that even when the fan was switched off, the steep kick point in the underbody system was still generating significant downforce. Murray estimates around 70% less than when boosted by the fan, but still 30 percent more than would be conventionally expected. When it came to the T.33, the diffuser shape was refined further to maximise its effect, using the base suction behind the car to suck air out of the diffuser.

This has the added benefit of generating the downforce around the b-pillar/bulkhead area, not towards the rear of the car, hence tallying with the centre of gravity and therefore enabling Murray to do without what he calls “unsightly front splitters and aero devices”.  What devices there are is limited to a diffuser hidden in each front wheel arch. It’s this approach that enables the remarkably clean front end of the T.33, and while there is an active rear wing that deploys automatically and can boost the braking effect, it sits flush with the bodywork when the car is parked.

Dimensionally, the T.33 is 35mm longer in the wheelbase than the T.50, but the overall length is only about 40mm longer and the width is the same, which means the T.33 has exactly the same footprint as a Porsche Boxster. However, it’s a completely different architecture under the skin. “This is what we call our Superlight architecture, which is loosely based on iStream GMD technology”, says Murray. “It’s a combination of an aluminium frame but with cored carbon fibre sandwich panels in the occupant and engine areas to create a F1-style tub, so you have the benefit of not having a central tub with bolt-on aluminium joints because those joints are flexible and quite heavy”.

The suspension that is hung off it is also new – an ‘architectural thing, not that we thought of anything better’, according to Gordon. “The crash structure is much wider at the front than the T.50 (because it doesn’t have the central driving position), so the geometry for the front end is new, and we repackaged the rear end as well.”

The T.33 uses double wishbones front and rear, and conventional spring/damper units along with anti-roll bars. The rear suspension is mounted directly to the transmission casing, in the case of the T.33 a new six-speed manual box as standard. Murray is offering an automatic alternative this time in the form of a single-clutch ISG transmission (also used for the T.50S) and developed by xTrac originally for Touring Cars. The next gear is pre-selected, promising what Murray claims should be the quickest shift times on the planet. Steering is via a hydraulically-assisted rack and pinion setup, while 370mm (front) and 340mm (rear) carbon ceramic discs are gripped by six/four pot calipers, with 19- and 20-inch front and rear wheels shod in Michelin’s excellent Pilot Sport 4S tyres in 235/35 and 295/30 sizes. ABS, stability and traction control will all be present.

It’s the V12, though, that remains at the core of this car’s appeal. In series 2 form (for the T.33), it still revs to a Ferrari-crushing 11,100rpm, and develops 607bhp from its 4-litre capacity at 10,500rpm. That might be 1,000rpm less on peak revs than the engine used in the T.50, but the T.33’s engine counters with a wider torque band, producing 333lb ft at 6,750rpm (compared to the T.50’s 332lb ft) with 75 percent (compared to 70 percent in the T.50’s case) of that torque available from just 2,500rpm. In fact, over 300lb ft is delivered in an extraordinarily wide band from 4,500-10,500rpm. Sure, the torque figures appear slightly limp compared to those from the typically turbocharged engines in modern supercars, but at 1090kg dry (1139kg DIN), the T.33 is significantly lighter than all rivals thereby making ultimate torque of far less importance.

The S2 Cosworth GMA V12 retains the same block and crank as the original, but has new cylinder heads (with the covers painted yellow), new cams and new mapping for the variable valve timing setup, plus a completely new induction system and exhaust amongst other things like engine mounts. A series 1 and series 2 GMA V12 is not interchangeable in either car. “On the (McLaren) F1 and T.50 the ram induction airbox is actually part of the monocoque, so you have to have some kind of flexible bellows attaching it to the engine, notes Murray as we peer in through the smoked glass of the engine cover. “This time it’s like a 70s F1 car, so it’s attached to the engine and it moves slightly compared to the body. It has the added benefit of being able to bleed the boundary layer off so you get full use of the ram air into the engine”.

Although the mock-up car we saw didn’t have an interior we could see first hand, the official pictures suggest this is another Murray design that features a clean, clutter-free design on the inside. “We have Apple Car Play or Android, so you can connect your phone, but for the tactile primary and secondary controls it’s all analogue, machined from solid, no touchscreen, and still has the big 120mm tacho, everything is floodlit, no backlighting – it’s the same ethos as T.50.” With the addition of a luggage compartment in the nose to complement the side lockers the T.33 offers 280-litres of storage space, or enough for six cases.

“If you only ever had to have one supercar to use, this would be it. It’s practical, usable, the maintenance is relatively low, it should still look good in 20 years time, and it’s got that glorious little 4-litre V12. I couldn’t have imagined it turning out any better.” So, Gordon sounds happy, and the first prototypes are expected to be constructed in June, with production scheduled to begin in early 2024. It will probably be the last purely ICE-powered hypercar to come from GMA, and based on what we know so far, it should be something very special indeed.