NOW UPDATED WITH VIDEO. Honda’s most extreme Type R model yet is here – nearly – as images of the new Civic Type-R are released ahead of the model’s Geneva Motor Show debut. Plus a cheeky lap record at the Nürburgring.

As well as the aggressive styling – which I’ll come back to in a second – two performance figures in particular stand out, namely the 5.7-second 0-100kph time and the 269kph top speed. Both are derived from the all-new 306bhp 2-litre VTEC four-cylinder under the bonnet, peak power from which appears at a lofty 6500rpm. Purists beware, it is also the first ever Type R model to feature a turbocharger. To ease the ‘pain’ though, the new 295lb ft of torque figure – more than double that of the previous model – is now available much lower down than the outgoing Civic Type R (2500rpm vs 5600rpm) for more brutal acceleration off the line and the fastest 0-100kph time of any front-wheel drive hot hatch.

Peel back the skin and you’ll find four-point adaptive dampers for more controlled – yet still pretty lunatic – cornering capability, Dual Axis strut front suspension reducing torque steer by up to 50 per cent over the standard Civic. Hurrah, Honda has also opted against an automatic gearbox in favour of the faithful six-speed manual. Of further particular note though is the much-anticipated ‘R+’ button, which increases throttle response, reduces power assistance to the steering, and increases the Adaptive Damper System’s damping force by 30 per cent. 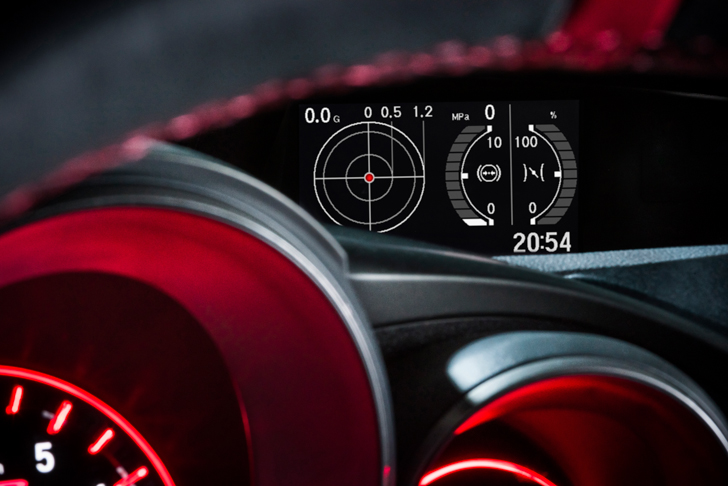 Following exhaustive testing at Honda’s Sakura motorsport facility in Japan, the new Type R also features a mightily aggressive aerodynamic kit, key features of which include a wide front splitter, distinctive rear wing and deep side skirts. The whole arrangement runs on 19in lightweight alloys which are clad in 235/35 R19 tyres, developed especially for the Type R itself. Scintiallting turns of speed are brought under control by 350mm brake discs and four-piston front callipers developed by Brembo.

Oh, and if you’re a fan of machined aluminium gearknobs and high-backed sports seats with a suede-effect covering, you’ll be pretty happy with the inside too.

*UPDATE: Honda has also released that during testing at the Nürburgring, a development version of the new Civic Type R also set the fastest ever laptime for a front-wheel drive hatchback at 7m 50.63s. The pre-production model completed the run without air conditioning, the front passenger seat and audio equipment but with the addition of a rollcage. The company has also vowed to re-break this record with a production ready version of the Civic Type R later this year.