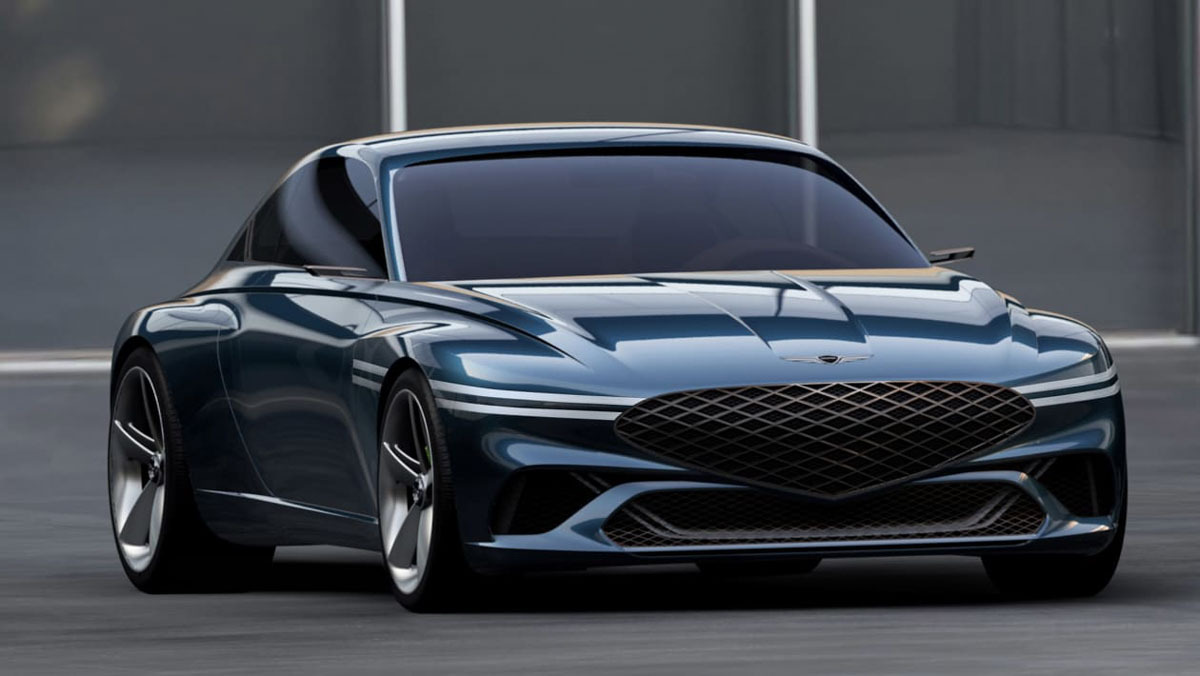 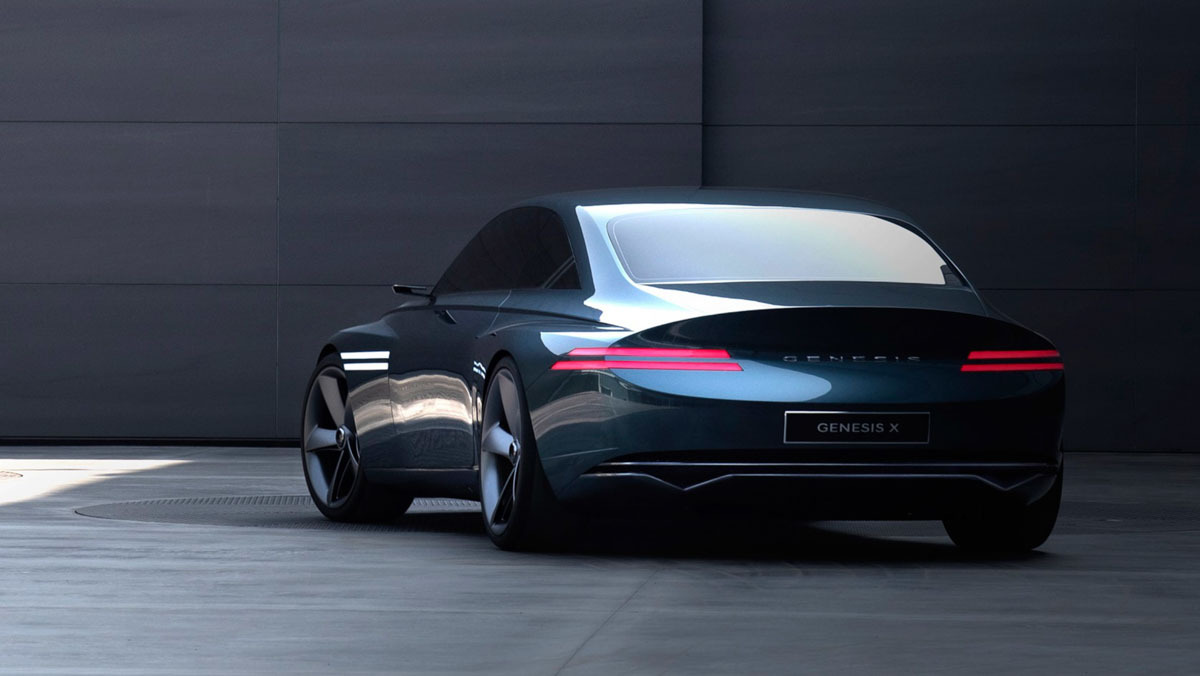 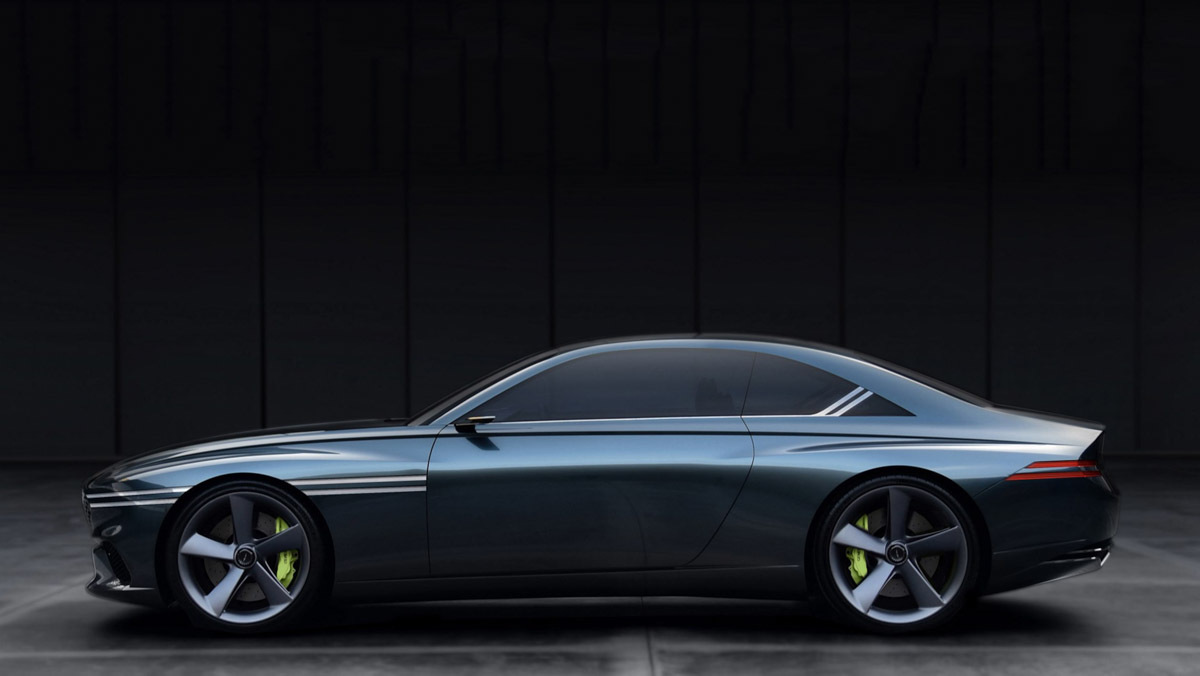 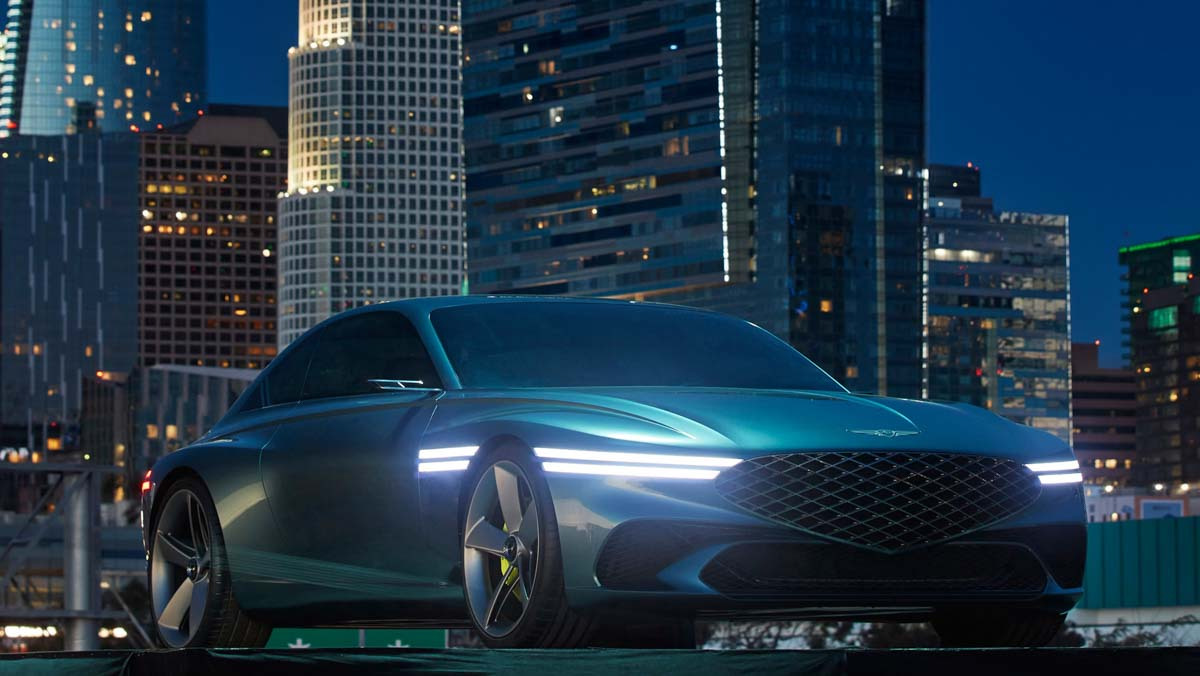 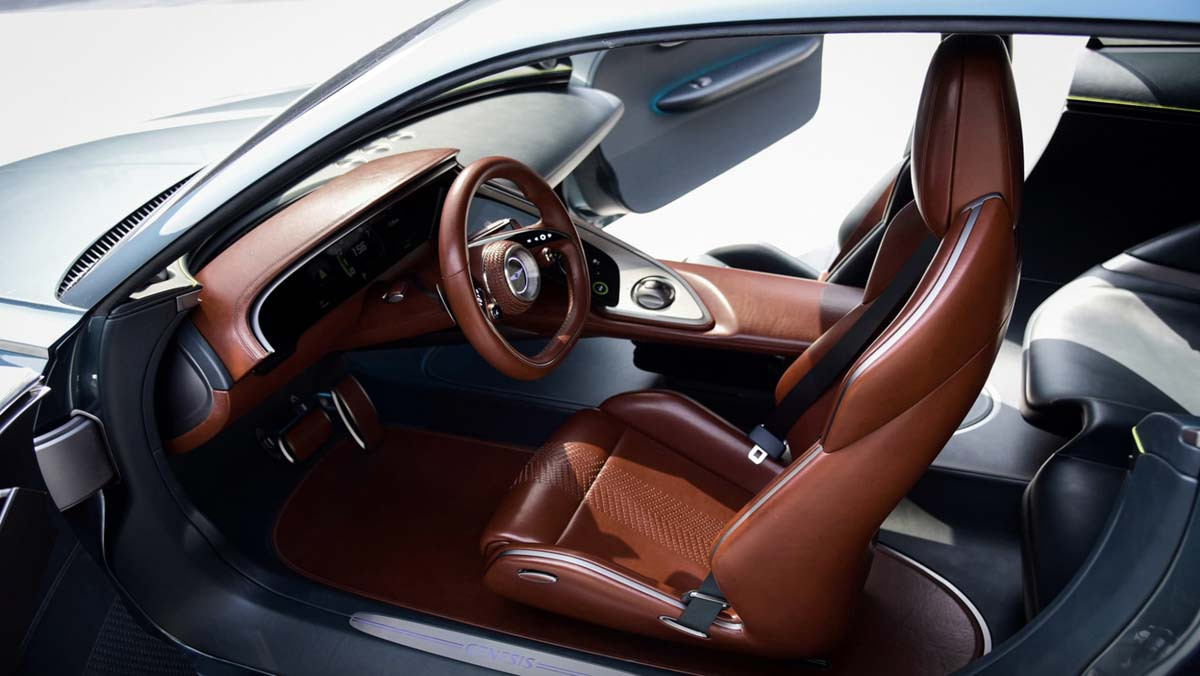 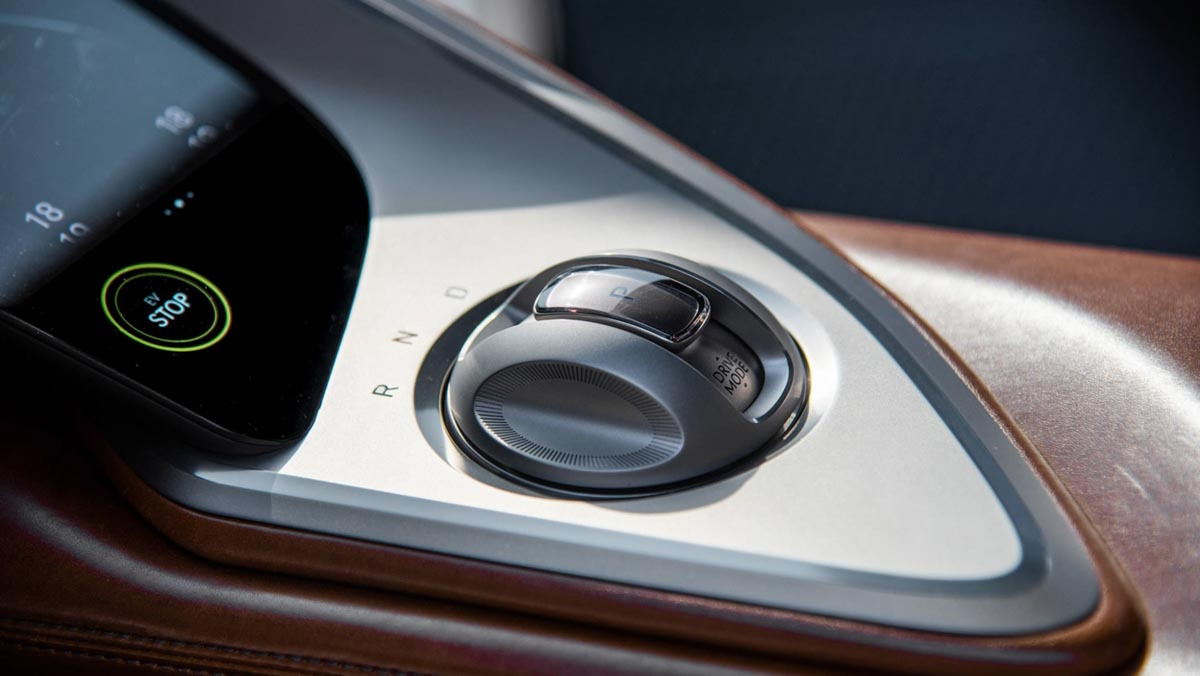 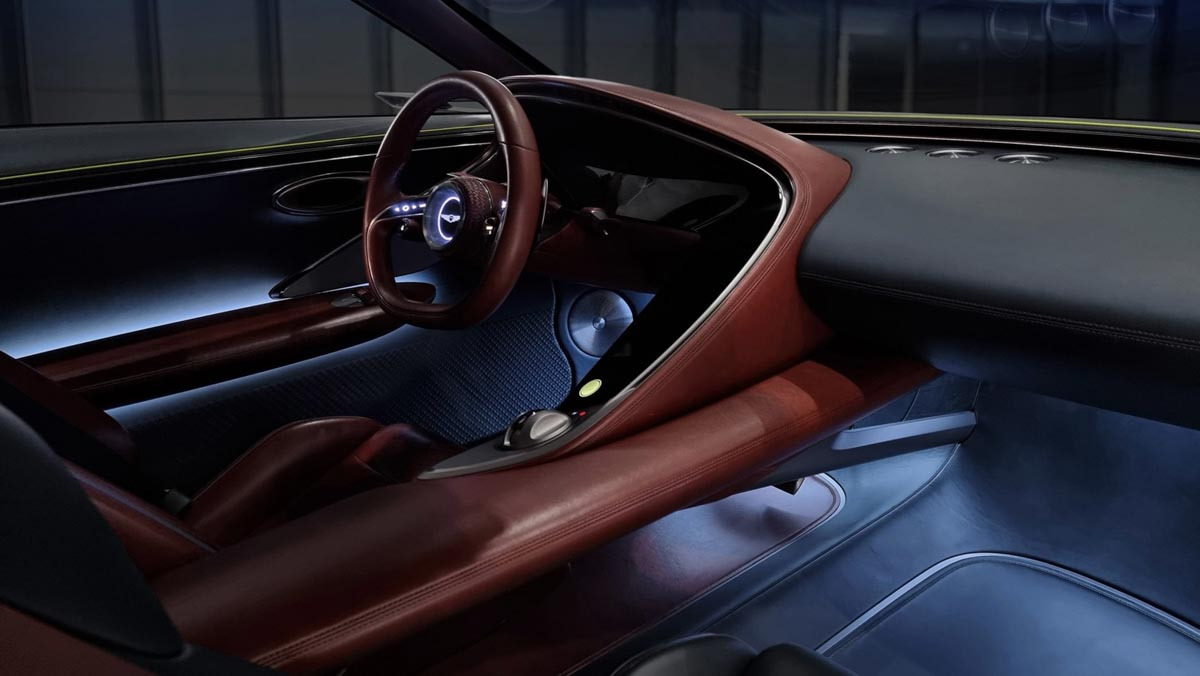 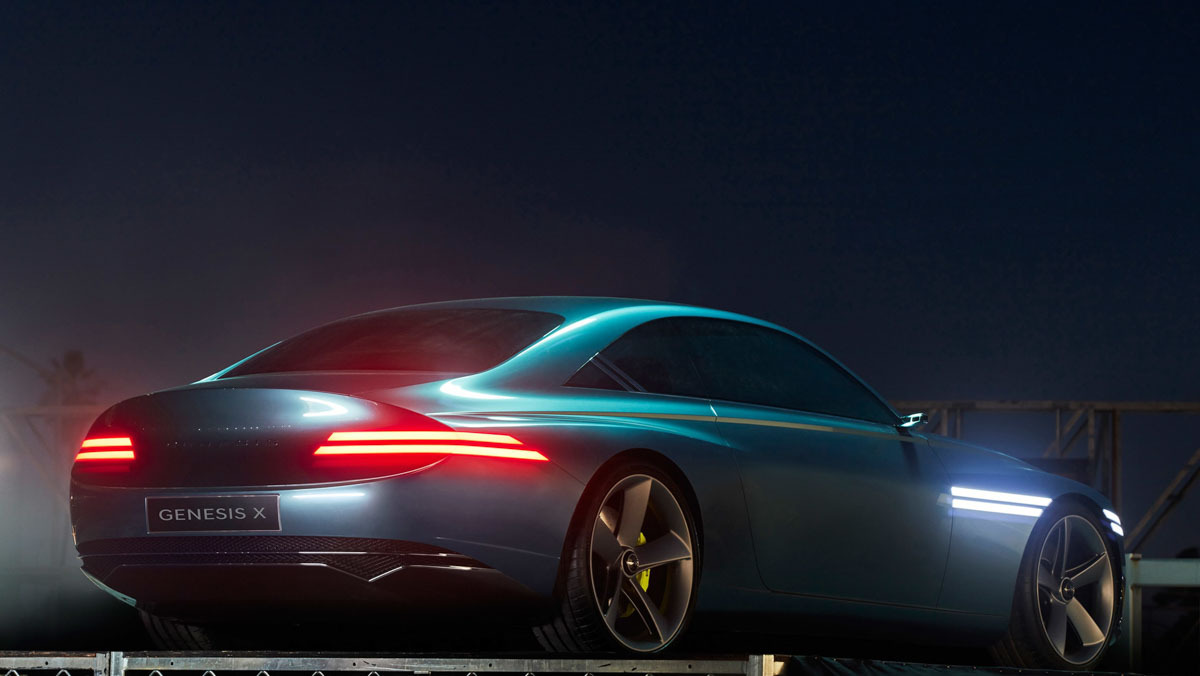 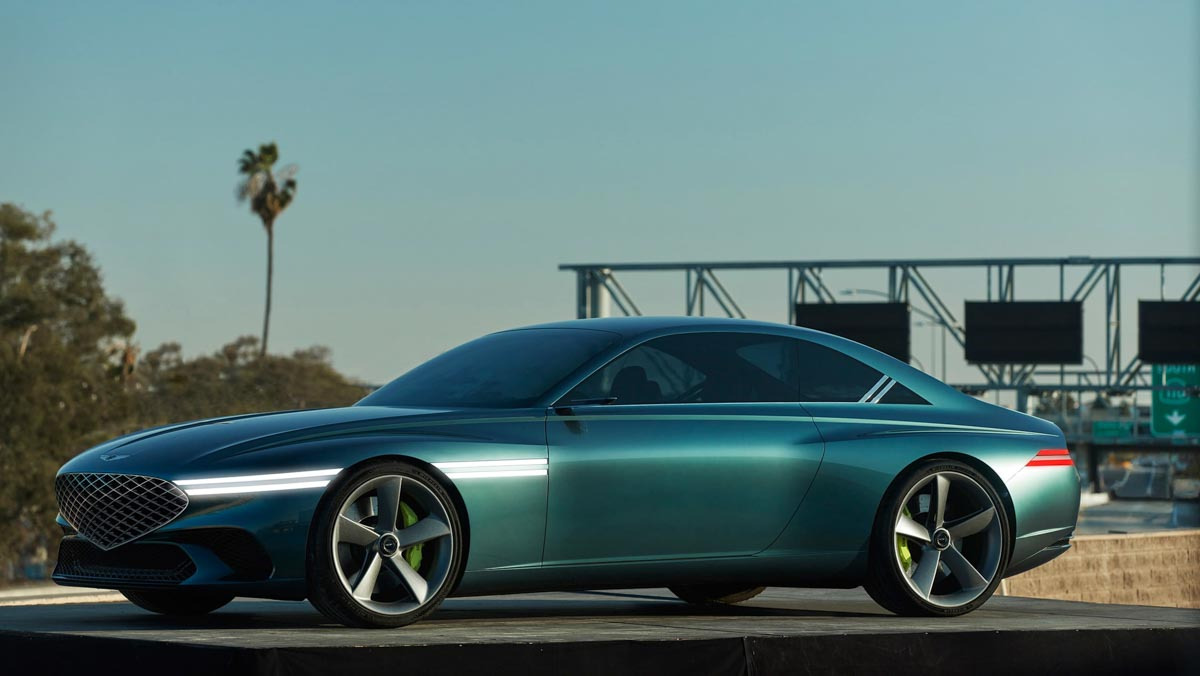 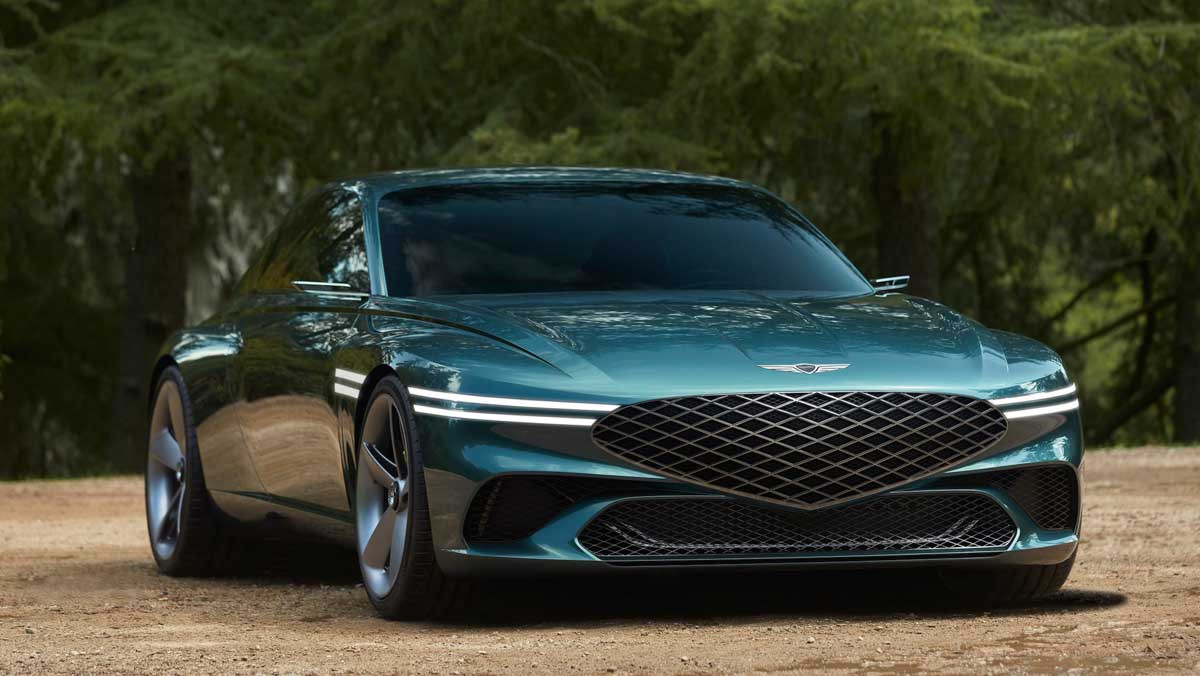 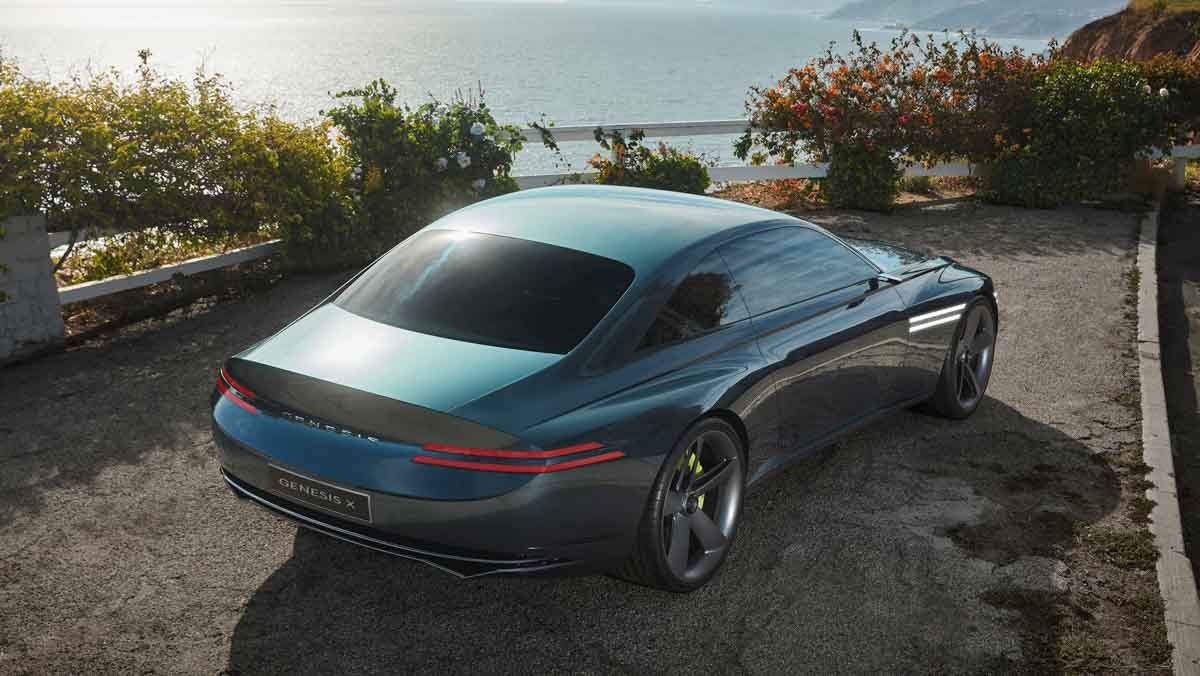 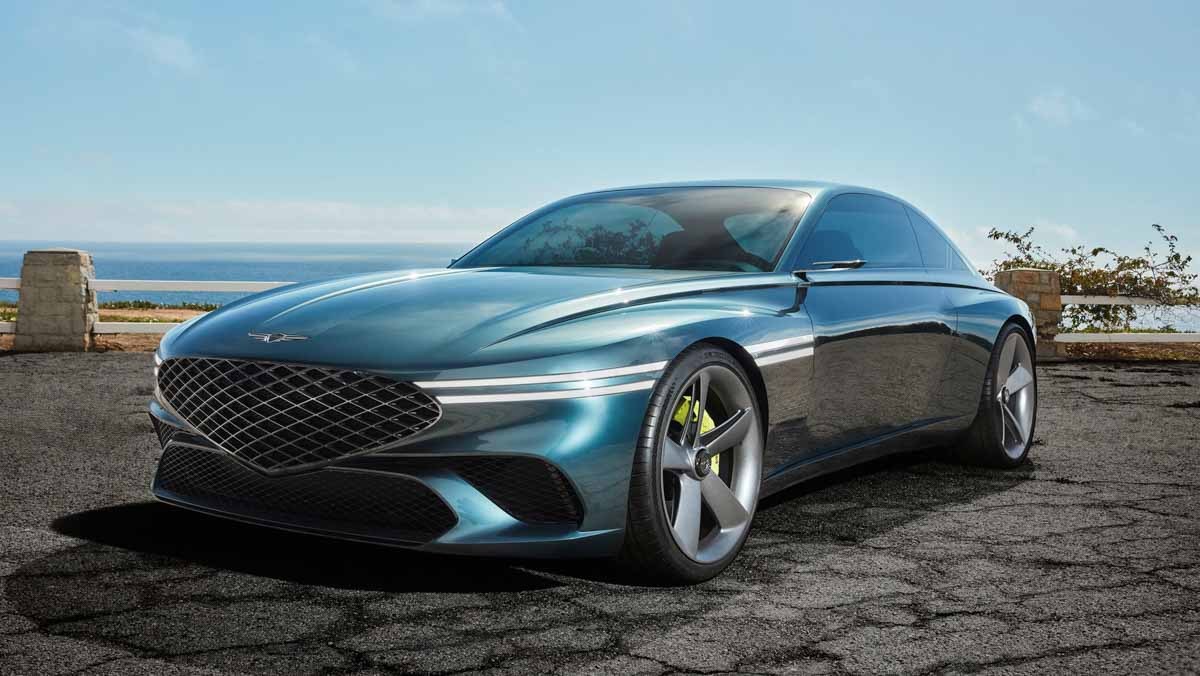 Genesis has revealed the striking X Concept in LA, fortifying its claim of being a new-age luxury brand. Featuring a dramatic three-box coupe body with a sleek, languid profile, the Genesis X Concept harks back to traditional GTs like the E31 BMW 8-series and Mercedes CL, while previewing the brand’s next generation aesthetic.

Unfortunately there’s no V8 engine under the long hood, rather an EV powertrain, but the long bonnet and sleek proportions still appeal as if there was. Typical Genesis design cues like the twin-bar lighting and shield grille also feature.

The premium brand is on the crux of being introduced with a whole spread of models designed to make BMW, Mercedes-Benz and Audi more than a tad nervous. While this sounds like a big claim, its initial success in the USA is turning more than a few heads.

This Concept X might not directly reference a future production GT, but elements of its design will reach the next generation G90 – a 7 series-sized luxury saloon already on sale in overseas markets.

These Genesis models are not rebadged or reskinned versions of mainstream models available in the Hyundai lineup, either, but bespoke rear-drive executive models with their own clear identity – crucial aspects when entering the premium sphere.

While mainstream manufacturers launching luxury brands into Europe is nothing new, there’s reason to believe Genesis’ attempt will be more successful this time around. Not only will it come with an inherently strong and distinctive product lineup, but it will be masterminded by Hyundai/Kia’s senior management team.

Under its current leadership Hyundai has barrelled into the hot hatchback scene with its superb N models, seen a big growth in market share growth across the globe with its core passenger models and launched a cutting-edge EV architecture. There’s little reason to doubt the same success will reach Genesis.