If Honda’s Project 2&4 was an eye-opener at this year’s Frankfurt Motor Show, Bugatti’s Vision Gran Turismo was arguably the show stopper. Transforming ‘virtual reality into tangible reality’, the Vision – previewed earlier this week – is both a celebration of Bugatti’s motorsport campaign during the 1920s and 1930s and an upcoming playable model in Playstation’s Gran Turismo 6.

Inspired by Bugatti’s iconic Type 57 Tank that took victory in the 1937 24 Hours of Le Mans, and boasting a tributary two-tone blue paint finish, the Vision marks ‘a new chapter’ in the company’s history now that all 450 examples of its Veyron series have been sold. Though built on a Veyron frame, the Vision offers an insight into the company’s future design language, the most notable of which being the Veyron-replacing Chiron that will make its debut in 2017.

Slimmer headlights, enormous alloy wheels and a GT3-style fixed rear wing are among the Vision’s most notable design characteristics. Also included are Bugatti’s trademark horseshoe front grille, a NACA air intake on the roof and a centre fin, a tribute to the riveted seam on the Type 57 Atlantic. The interior meanwhile has been designed to ‘meet racing requirements’, including bucket seats and a driver information system. Beneath the bodywork lies the same 8-litre quad-turbocharged W16 that powers the Veyron. 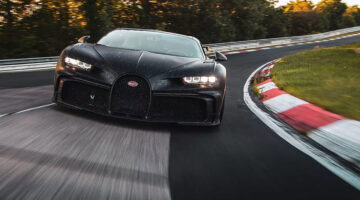 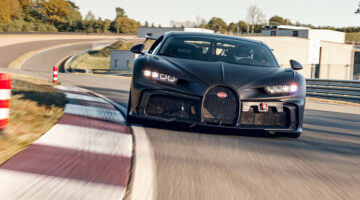 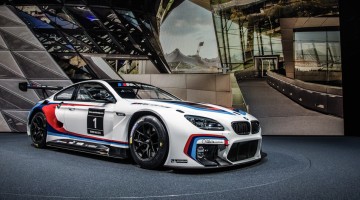