Porsche 918 Spyder will lap the Nordschleife in less than seven minutes. Your move, Ferrari and McLaren.

Porsche fired an opening salvo at its hypercar rivals Ferrari and McLaren at the Frankfurt Motor Show by revealing that its new Porsche 918 Spyder has lapped the Nürburgring Nordschleife in less than seven minutes.

With rally legend Walter Röhrl at the wheel, the Porsche 918 Spyder took just 6min 57sec to lap the iconic race track, setting a benchmark against which the McLaren P1 and Ferrari LaFerrari will be measured. Neither the British nor Italian cars have so far managed to log an official time – at least, not one that the manufacturers are happy to release.

The Porsche 918 Spyder was revealed in production form at Frankfurt for the first time. Like its rivals, it’s a hybrid hypercar (hybrercar?) powered by a 4.6-litre V8 and and two electric motors, combining to produce an output of 887bhp. 0-100kph takes just 2.8 seconds.

So, who’s still backing the rivals then? 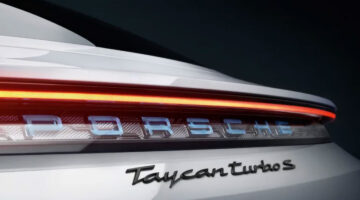