Infiniti debut the Q30 Concept at the Frankfurt Motor Show

This year we celebrate the year of the Q, with Infiniti – fresh from new business deals and market opportunities in China – announcing a few months ago that from henceforth the models in their line-up shall be re-named either Q or QX, in accordance presumably with business opportunities in China. Zai jian EX, JX, FX, and G37. One of the earliest claimants is the Q30 concept.

Well, we say ‘addition’. The Q30 at present remains a design study, and details are few and rather far between. Infiniti hopes though that the new, more futuristic look will attract a more ‘young-minded affluent customers’. Whether that also means the finished product will also be on the pricey side, we shall have to wait and see.

Based on the Etherea concept – which was first announced at the 2011 Geneva Motor Show – the Q30 is a crossover model, marrying the characters of both a hatchback and an SUV. All curves, the Concept also boasts an air-intake festooned front bumper, a whopping great front grille, a radically designed C-pillar, and – for the time being – a snazzy bronze paint finish.

Although just a concept at present, the Q30 stands as a precursor to a ‘global compact premium segment vehicle’ due to be built out of the company’s UK facility in Sunderland from 2015 onwards. Potential rivals being speculated include the Mercedes-Benz CLA and the Audi A3.

We’ll assume that a fourth championship celebrating Vettel edition is in the works too. 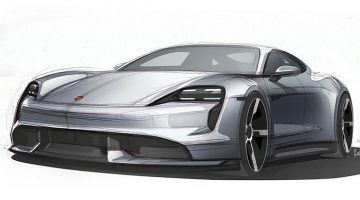