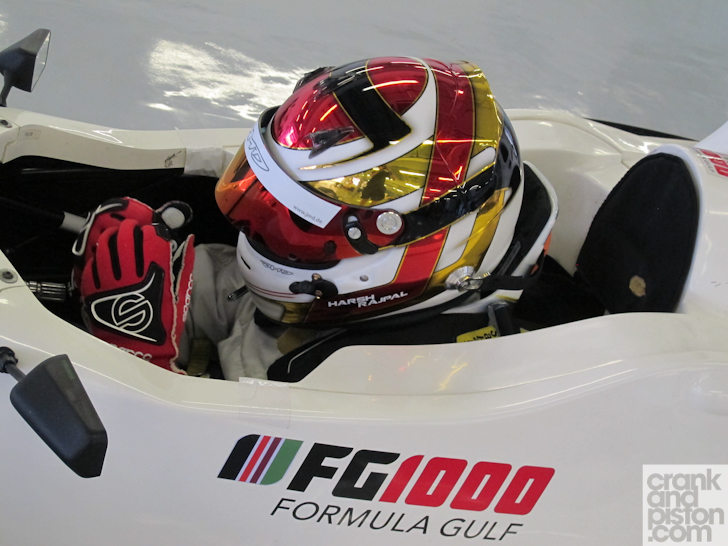 Last time out at the Yas Marina Circuit in Abu Dhabi, Formula Gulf 1000 was celebrating its latest winner, Rahul Raj Mayer demonstrating that his early season form was no fluke. Given the typically dominant performance that followed in race two from Natasha Seatter, it looked like the status quo had resumed.

How wrong that assumption was. Come the end of the day in Abu Dhabi, FGulf would be celebrating two more first-time winners. 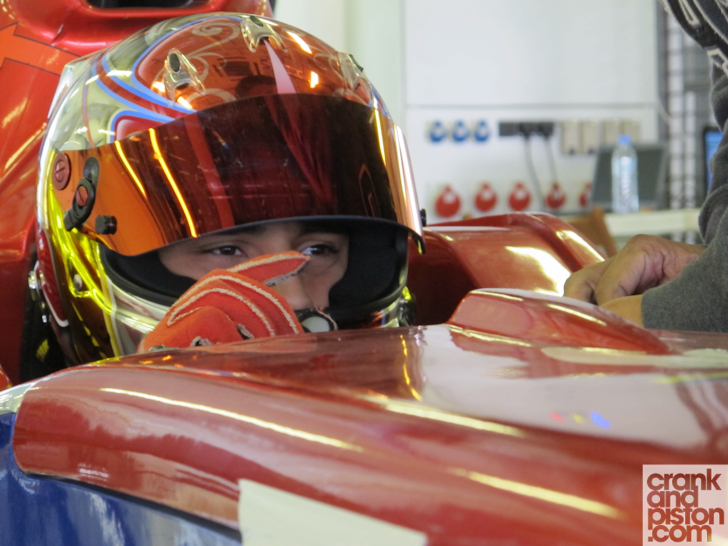 Fresh off his debut victory and back in his usual contender (following engine issues last time out that had dropped him into the spare car), Mayer was on a mission, knocking hitherto qualifying ace Nicholas Canal from his customary perch on pole position. Clearly that didn’t set well, and fresh off the bat in race one Canal was wrenching the lead away from his long-time Malaysian rival. Mayer was having none of that, and a tense battle for the lead was on.

For a while at least. Spotting a half open door, Mayer pounced as the pair entered lap three. Turns out half a door is rarely wide enough for a single-seater, and contact was inevitable. Canal was out on the spot, the damage to his Ralph Firman-designed single seater too much to overcome in the time provided. Mayer, now nursing badly flatspotted tyres, managed to keep going, but had fallen from one end of the field to the other. 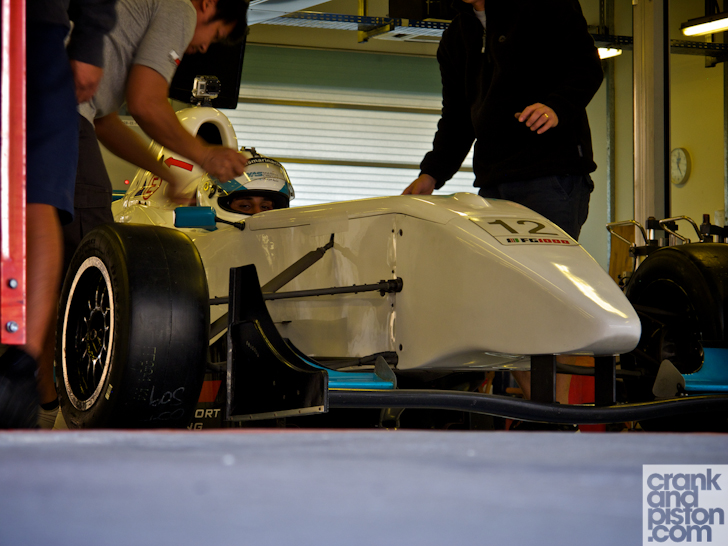 Saeed Bintouq now leapt to the front of the train. A difficult qualifying session, which left him last but one on the grid, was all but forgotten as was seemingly the bad luck that destroyed his chances of a debut podium at the previous round. With fresh air in front of him and massive amounts of circuit knowledge in his pocket, the Emirati was free and clear to romp away. 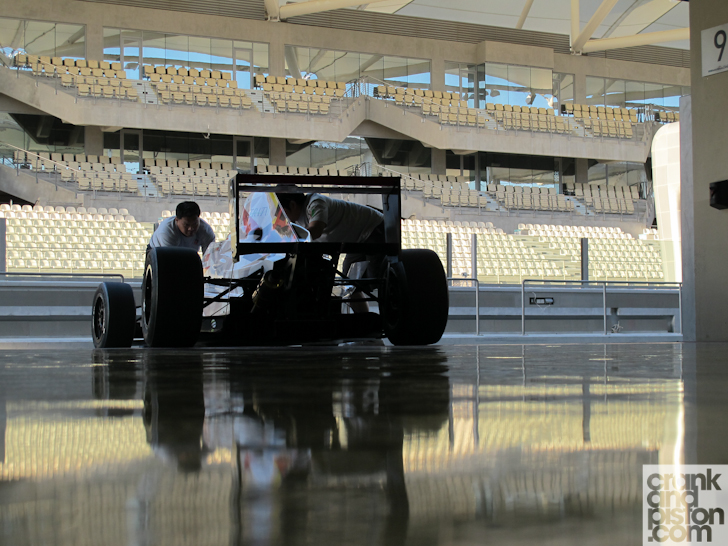 Mayer was soon setting purple sectors to close the gap up ahead, but too much work and too little time meant fourth was the best the Malaysian could hope for. Similarly Harsh Rajpal, despite clean and consistent lap times, could not undo the two-second deficit to eventual winner Bintouq up ahead, and would have to settle for second. No matter. A brilliantly optimistic drive and hard but fair defence against a charging Haytham Sultan Al Ali had delivered the Indian a well-deserved first podium. Al Ali, all smiles, was a welcome sight on the podium once again 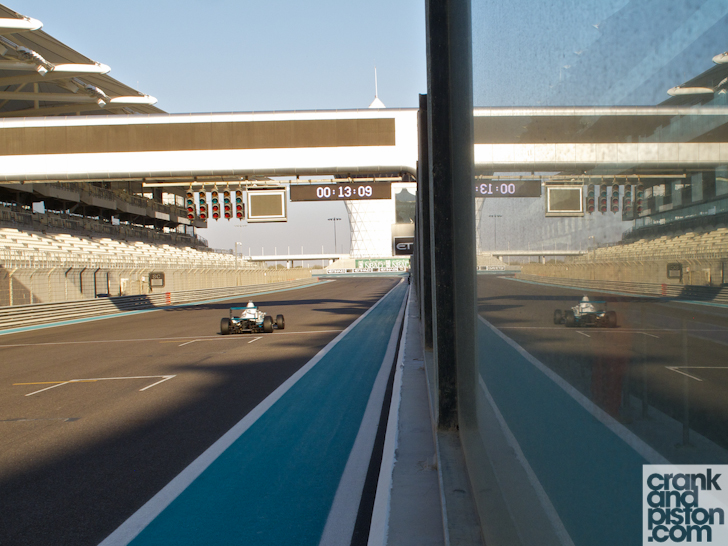 One new winner down, one to go. Now champing at the bit for further success on home turf, a rejuvenated Bintouq would not complete the double, though a hard charge in a nail-biting second encounter saw him take third place and a second consecutive podium. A good weekend’s work for the Yas Marina-run Emirati.

Nor too would Canal step up to the plate, for although the Spaniard has been desperately close to finishing atop the podium on several occasions this season, a back row starting position and after-effects from his earlier collision with Mayer meant Yas Marina would not bring the Spaniard his long overdue day in the sun. Fifth place, sandwiched as he was between Al Ali and Rajpal, was at least a solid result. 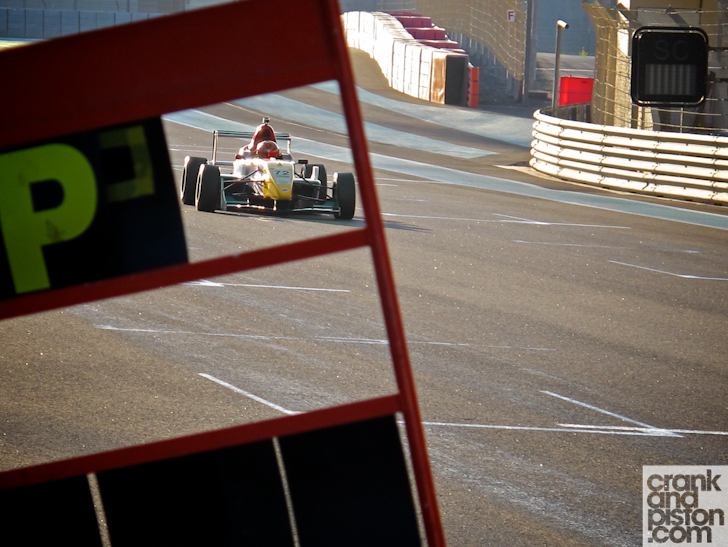 Incredibly, on only his second outing in the series, it would be Weiron Tan who took the second FGulf win of the day. Blighted by a misfiring engine, Tan’s series debut lasted all of one lap, a frustrating end to a day that had already seen him sit out most of qualifying with the same issue. All seem sorted though for race two, and despite starting once again from the back row, the Malaysian’s laptimes around the Yas Marina Circuit began to drop quickly. The Caterham F1 Driver Development team member had soon muscled his way past the field and taken the lead, early pacesetters Mayer and Bintouq unable to fend off the determined Malaysian, and the top step of the podium was always going to be his. Mayer could at least salvage second place from what had threatened to be a poor day at the office. 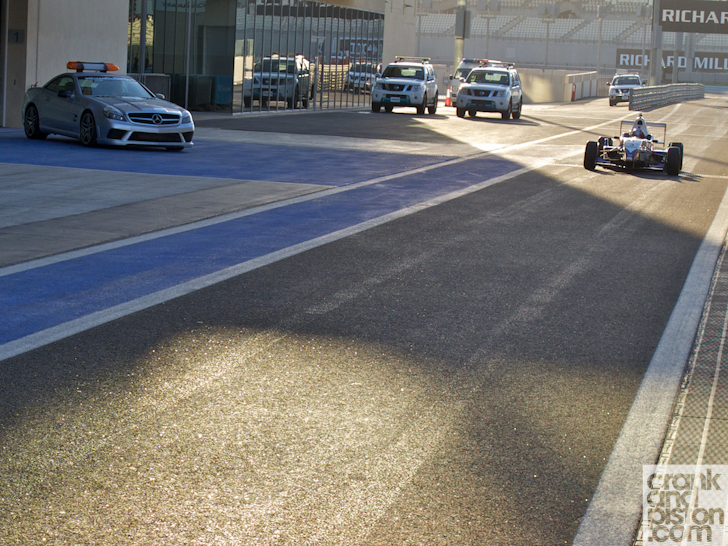 Few however were more frustrated than Seatter. Plagued by engine issues from the starting blocks onwards, the standings leader was unable to deliver her normally wheel-perfect performance. Fifth and seventh left her with little to celebrate, but only the foolhardy would suggest the fiesty young gun’s time on the podium has come to an end.

Round five of the Formula Gulf 100 though belonged to the underdogs.