Japanese Daigo Saito takes the spoils once again at round four of the 2013 Formula D season at The Gauntlet in New Jersey. 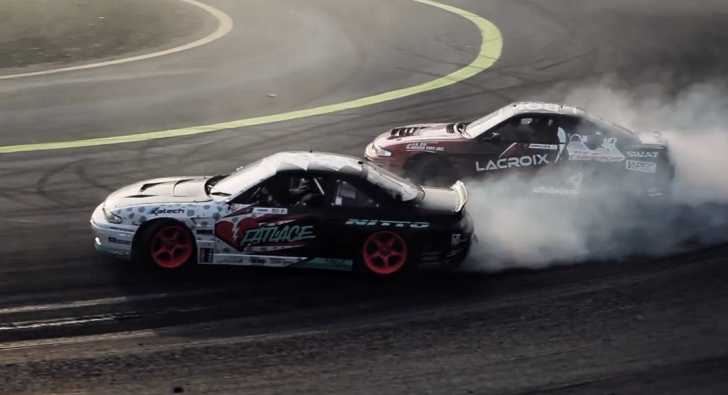 Achilles Radial Bridges Racing’s Daigo Saito made it two wins from four in 2013 after securing Formula Drift victory at ‘The Gauntlet’ in New Jersey.

Saito, reigning Formula D champion as well as D1GP winner in 2008, netted his second item of silverware this season – the first being at round two at Road Atlanta – after a close contest with Justin Pawlak. The four-year veteran and 2011 Formula D runner-up enjoyed his best round of the season at New Jersey, the American failing to get out of the top sixteen in the opening three rounds.

The consolation final saw round two podium finisher Darren McNamara go head-to-head with American Chris Forsberg in the Falke Tire 1995 Nissan 240SX and NOS Energy Drink Drift Team Nissan 370Z respectively, the Irishman just beaten to the punch and having to settle for fourth from the event.

Saito’s two victories aboard the aboard the Lexus SC430, combined with Daijiro Yoshihara’s opening round success, means Japan has taken three of the season’s four victories, Michael Essa America’s only representative on the Formula Drift top step this year courtesy of his round three victory at Palm Beach.